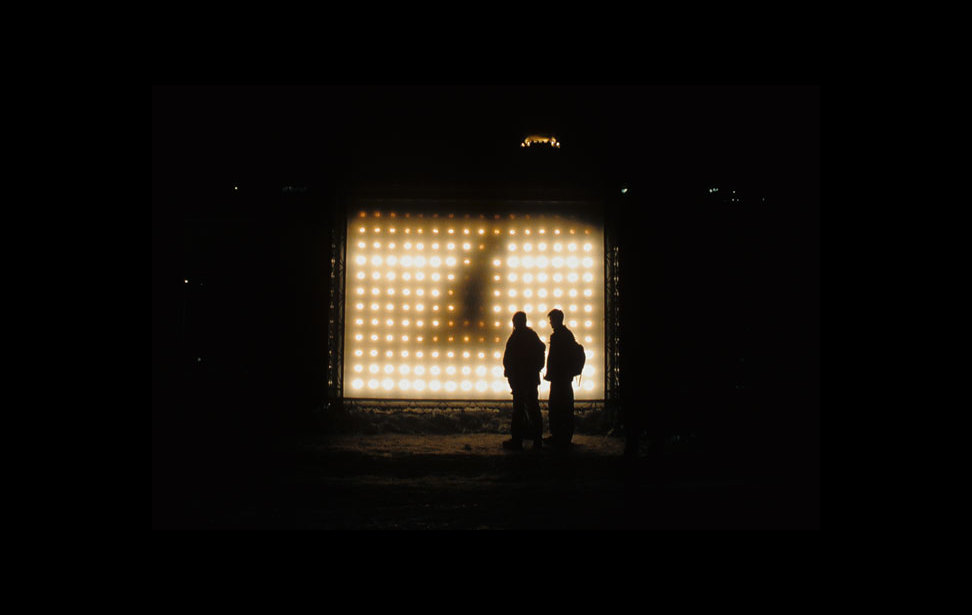 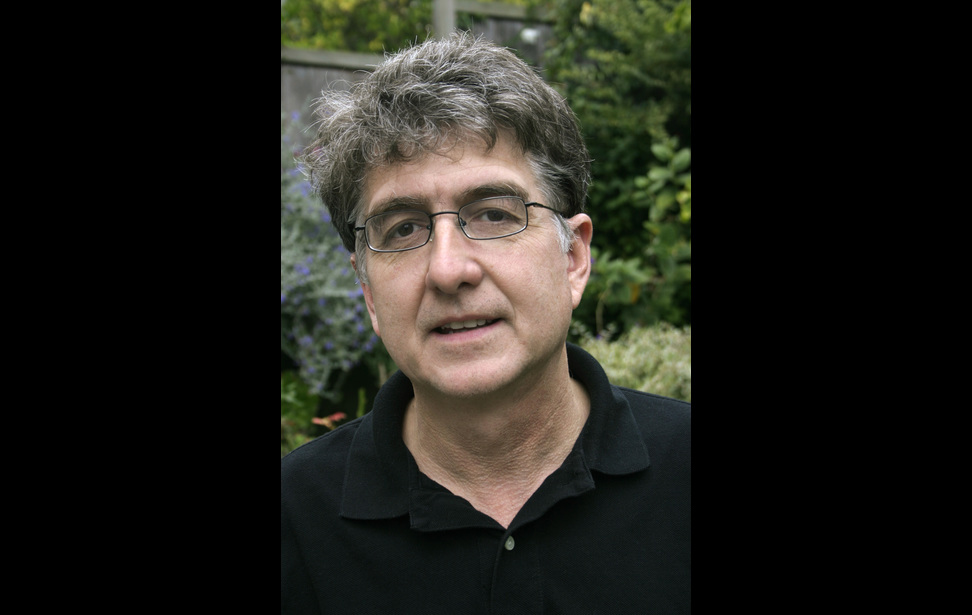 New media artist Jim Campbell is known for his displays of electronic art with metropolitan architecture and public property as backdrops.

Born in Chicago and educated at the Massachusetts Institute of Technology, gifted electrical engineer Jim Campbell (as seen in Photo 1) is recognized around the world for his fusion of technology, art, and human relations.

Campbell is the recipient of several public art commissions, grants, and awards including a Guggenheim Fellowship Award, Langlois Foundation Grant, and a Rockefeller Fellowship Award in Multimedia.

Recently, thalo caught up with Jim Campbell, who continues to bring new meaning to the term LED.

th: Coming from MIT with degrees in electrical engineering and mathematics, how did you arrive at "new media artist"?
Jim Campbell: I made films in college, was always interested in art, and then 10 years out of college, I decided to do something else other than engineering and made my first new-media works using my electronics and my minimal filmmaking background.

th: How would you best describe your specialized craft?
JC: I call my work “electronic art.” I feel lucky because I’m an electronic engineer and I can use the skills that I learned in Silicon Valley to make my own tools. [In Silicon Valley], I worked for a company called Faroudja Labs on and off from 1983 to 2008. In the beginning, I designed broadcast TV image processing products that made video images look better. Starting in the mid-’90s the company moved into making integrated circuits and then I designed algorithms for IC’s that also made images look better. I received more than 15 or so patents during my time there, all relating to image processing for both regular TV and HDTV.

th: If you had to choose one of your projects that you're most proud of, what would it be?
JC: “Last Day in the Beginning of March” I think brought all of the things that I was thinking about then [in 2003] and before together into one work. It was a large-scale visual based work that had nothing to do with seeing, more to do with feeling…time-based rhythms.

th: How much of a role does architecture play into your artwork?
JC: A lot of my work is about perception and so I think about the architecture around a work as defining both the space and the time experience of a work. I often try to make the architecture go away, even though I cannot.

th: When you were just starting out, how did you get commissioned work?
JC: I was lucky, as it was all through word of mouth. In the beginning, and to some degree still, I’m not that good at promoting my work. It’s all about getting that first lucky opportunity.

th: What one piece of advice would you give to someone interested in getting a start in new media?
JC: I believe that it’s all about understanding and bending the tools and not about the “wow” factors. One should know the tools so well that they are bored with them, so that the presentation of the tools is never the end result. When you are starting with a new technology or tool, throw away your first ten ideas, as they’ve been done. Don’t think about how people will respond to what you are creating. This is the Hollywood model for making art, and doesn’t produce good work. Make something that you as a person are interested in experiencing when you are finished making it.