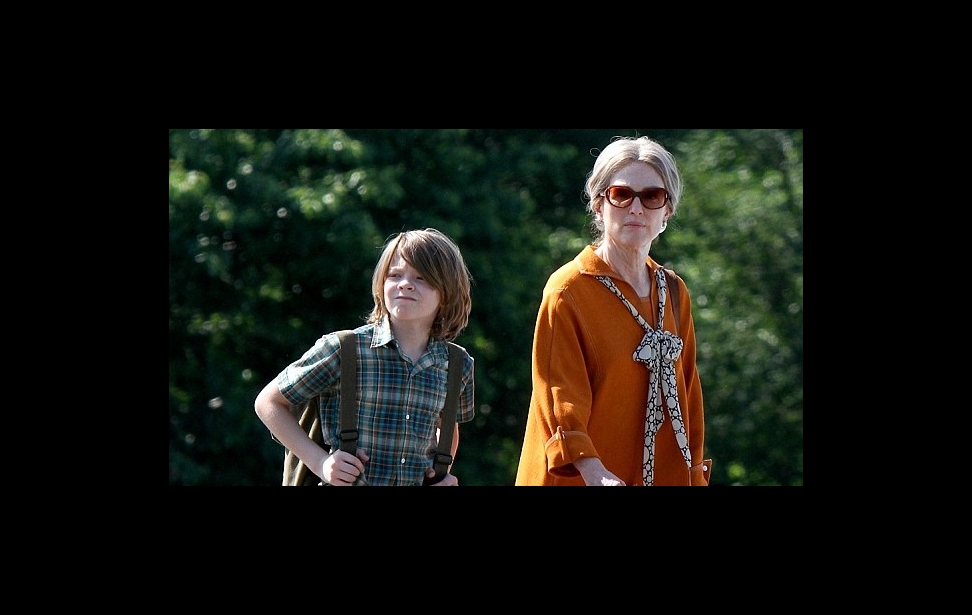 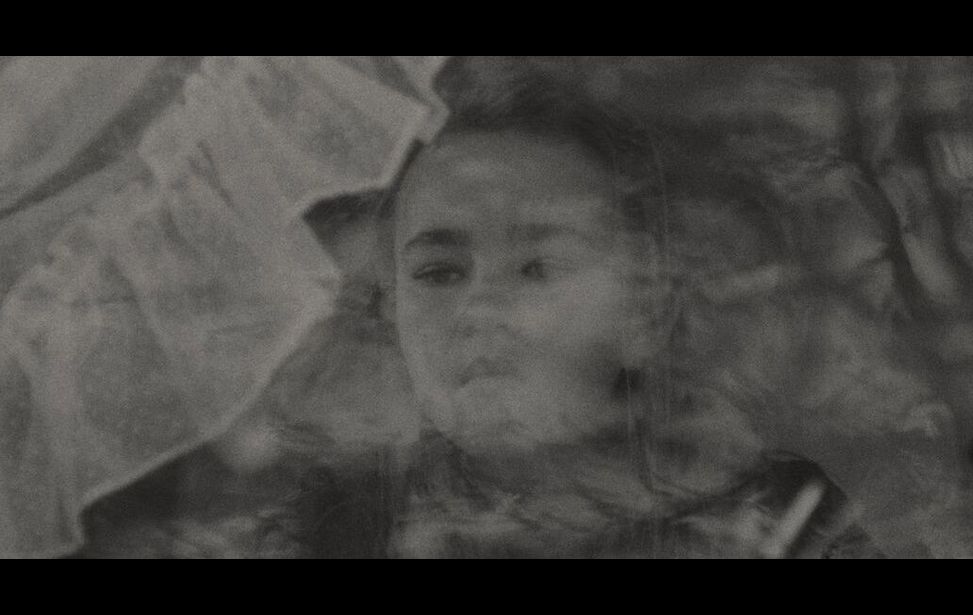 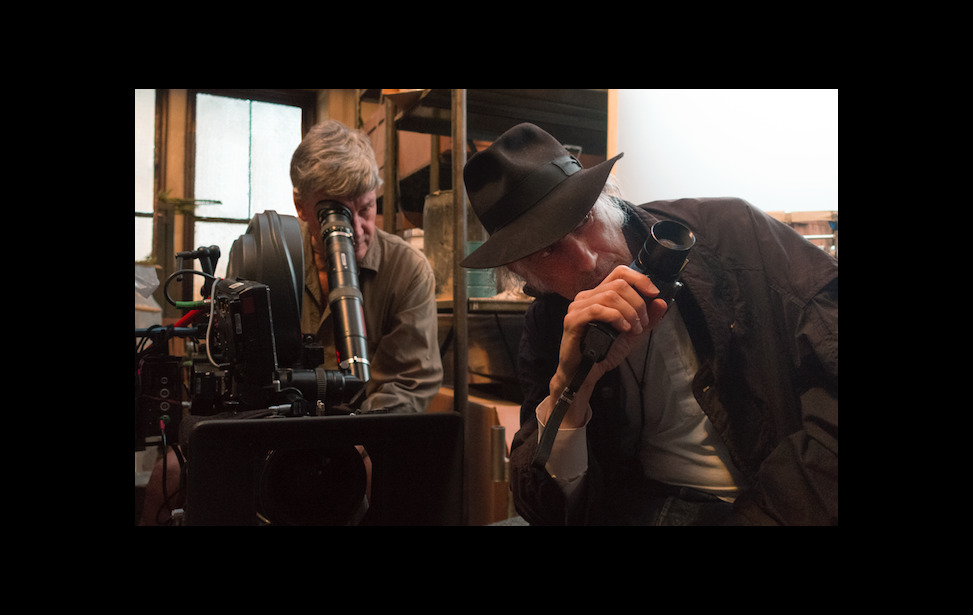 Here’s a question for you: Can illustrated novels be made into compelling films? With his screen production of Brian Selznick’s Wonderstruck, director Todd Haynes suggests what it takes. One handy element is cinematographer Ed Lachman.

Using Kodak 35mm black-and-white and color film stocks, the cinematography shows off Lachman at his best. It’s at once rapturous and studied, classical and jazzy, stylized and raw. There’s a reason for the dualities. Two narratives hatch side by side 50 years apart, each with its own aesthetics. To replay the creative process, thalo.com nabbed Lachman for a chat at the Film Society of Lincoln Center, where the movie is set as Centerpiece of the 55th New York Film Festival.

But first to the story. In 1977, we meet 12-year-old Ben (Oakes Fegley) living with an aunt (Amy Hargreaves) in small-town Minnesota. His mother (Michelle Williams), who raised him solo, has recently died, intensifying Ben’s recurrent wolf nightmares. He experiences another life-changing loss when lightening strikes. Suddenly deaf, he ditches the hospital and boards a New York-bound bus to pursue a clue about his mysterious father (John Boyd).

Exit color, enter monochrome. Now it’s 1927 in Hoboken, New Jersey, where a deaf 12 year old named Rose (Millicent Simmonds) shares a manse with her stern, disapproving father (James Urbaniak). In the privacy of her bedroom, she scrapbooks fan clippings of a silent film and stage starlet (Julianne Moore) and makes little urbanscapes from newsprint. Manhattan beckons. Rose escapes across the Hudson to a theater where her absent mother--the starlet—scolds her and gives her the shaft.

Like Ben, young Rose is on a quest to find what’s missing in her family life. And that’s not all they have in common. The twister of this young adult adventure comes down to how they’re linked.

Formalism seesaws with naturalism as the film cuts back and forth over its temporal divide. The New York that Rose explores glistens with an opulence Ben could only dream of. “The Roaring ’20s were a time of growth and optimism, whereas during the ‘70s New York was in a recession and there was garbage in the streets,” Lachman points out. As we see, the landscape that Ben crosses exposes him to hustlers and muggers but also to ethnic heterogeneity and cultural ferment. From pre-crash tradition to fiscal crisis-era transformation, zeitgeist serves as aesthetic oracle in Lachman’s richly contextualized work.

History seeps into the screen in other ways as well. Ben’s footage possesses a real-world aura that references its craft materials, just as Rose’s quotes the tools--and stylistic tropes—of the silent film era. For ‘20s inspiration, Lachman studied the balanced compositions and action-motivated camerawork of pre-talkie productions such as King Vidor’s The Crowd and Victor Sjöström’s The Wind, which replays as a film within the film. The Last Laugh by F. W. Murnau was also on that playlist, and its German Expressionism informed the ‘20s hyperreal mood.

The juxtapositions bring Lachman full circle to his first Hollywood feature shoot. “My work on (Susan Seidelman’s) Desperately Seeking Susan drew on my ideas about German Expressionism and other art movements--creating Madonna’s world in a saturated, foreboding, frightening Lower Manhattan versus Rosanna Arquette’s world, which was a pastel mono-chromatic in a suburbanite setting,” he observes.

Lachman’s fluency with European isms was launched during art school and honed through apprenticeships with Sven Nykvist, Robbie Mueller and Vittorio Storaro, not to mention through shadowing Werner Herzog, Bernardo Bertolucci, Jean-Luc Godard and other greats. Since first stepping behind the camera, the now 69-year-old lenser has straddled documentary (Wim Wenders’ Tokyo-Ga and Ann and Jeanette Petrie’s Mother Theresa, to name but two) and fictional films (including his Oscar-nominated work on Haynes’ Far from Heaven and Carol). His early adventures in realism and heightened spectacle offered inspiration for a career’s worth of styles.

Which gets us onto lighting design in Wonderstruck. “In the black-and-white period of the ‘20s, there’s a feeling of chiaroscuro lighting,” he says. One of the pleasures of talking with Lachman are his edifying digressions, and soon we’re off on a tangent about the quirks of early technology. “They were shooting with slower film stocks then, so you had to create the images and depths through cinematic lighting,” for example. By contrast, Lachman notes, the color segments of the ‘70s are far more motivated by light sources such as lamps, flourescents and windows, giving them a naturalistic vibe.

Shooting on celluloid had its creative upsides, but also its challenges. With the ‘20s segments, that meant reviving a lost art. “I had to get Kodak to make the B&W (Double-X Negative) film, and a lab to dedicate a machine to develop it in California, because at that time there was no lab in New York,” Lachman explains, adding that he used his own Cooke Speed Pancho lenses. The process was somewhat less complicated with the color stock (500T 5219) he used for Ben’s segments, which he “pushed in the processing to give it more of a grain structure that would mimic the film of the period.”

To make matters altogether simpler, the filmmakers could have shot on digital and fiddled in post. But, as Lachman recounts, their I’m Not There experience showed that digital doesn’t compare with the color depth and texture of film. So film became the medium of choice for Haynes and Lachman’s fifth narrative collaboration.

Despite Kodak’s participation on Wonderstruck, Fujifilm helped set the visual tone. That’s because The French Connection, like many 70s films, was printed on Fuji release stock, and Lachman tapped the William Friedkin classic to help him visualize ‘70s New York. “Fuji stock tended to go magenta/green in the shadows, because it didn’t have as much silver, and in the highlights, it’d go yellow,” says Lachman. Wonderstruck’s ‘70s segments mimic this chromatic scheme, among other French Connection optics captured by cinematographer Owen Roizman.

Lachman recalls consulting Roizman on the gritty, documented look he brought to that picture. If Roizman improvised a Western dolly on pneumatic tires for his long tracking shots in the streets, Lachman and his team similarly used an overcrank, hand-held camera on a Western dolly for their floating shots. Per Lachman, this brought a certain fluidity and movement that a traditional dolly track would not achieve. Other visual language borrowed from The French Connection included the use of “the zoom as punctuation.”

The talk of visual language nudges our conversation to twin Wonderstruck themes: how deafness infuses the filmic language of both its stories and how images portray the way viewers experience the world of its two deaf characters.

As Lachman observes, “Rose’s world is permeated by her deafness, whereas Ben is reorienting himself through his new disability. We get his subjective experience of taking in the world as a new person.” To get a sense of what losing one’s hearing might be like, the audience is invited to share Ben’s point of view in the hospital, on the bus, in Port Authority, stepping into the streets of Manhattan and on to the Museum of Natural History and the giant 3-D Panorama of New York City at the Queens Museum of Art.

“The challenge is how we listen with our eyes,” Lachman offers. “It’s also about what’s tactile: how children create their own world through their hands.” One example he gives is sign language, which--like cinema--is a universal language.

Lachman applauds Selznick, who wrote the script, for using the silent period of the ‘20s as a mirror for Rose’s deafness. “There’s this scene when she leaves the theater, and we see the banner that the talkies are coming in and sound is now going to be part of the cinema.” The DP notes that film was prominent in the deaf community during the silent period, when many deaf individuals not only participated as audience members but also worked as actors.

His comment sparks reflection on how private and collective memory are rendered in Wonderstruck. As Lachman explains, hovering over the film is the spirit of artist and sculptor Joseph Cornell, whose box-shaped “mini-theaters” of poetic memory and imagination dovetail with the film’s prominent theme of curating.

So it’s only fitting that we wrap up our conversation with an exchange about the boxy Museum diorama of Minnesota wolves, around which the characters’ stories converge. “It’s about life suspended in death, just as the dioramas themselves restore the animals to their habitat,” says Lachman. “Ben finds his answers in the diorama.”

Mystery solved. Now to crack how aspiring cinematographers can improve their craft. Lachman advises, “Understand editing! It’s important to know how you construct images, since it’s not just about the images themselves, but about how they construct the story.”