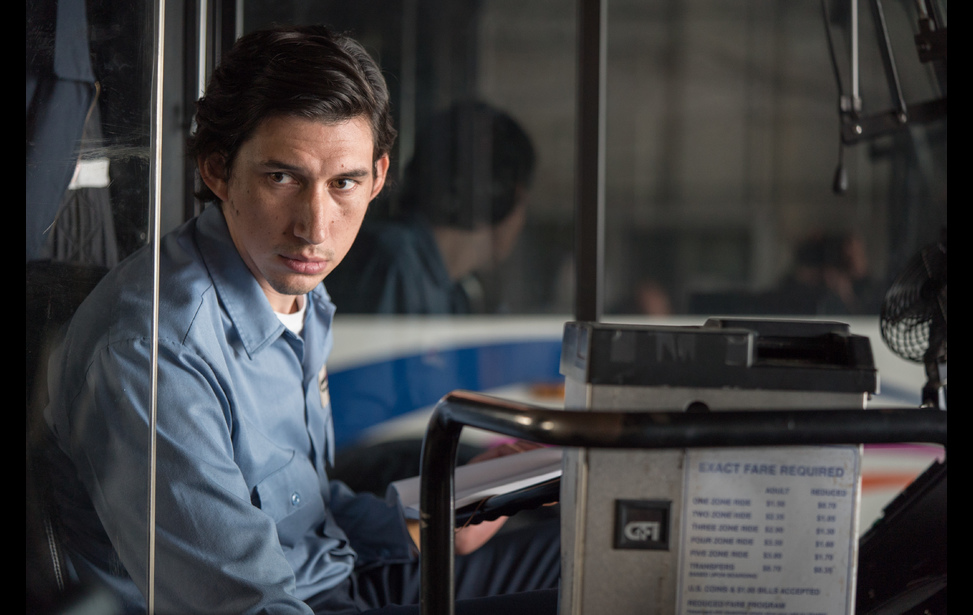 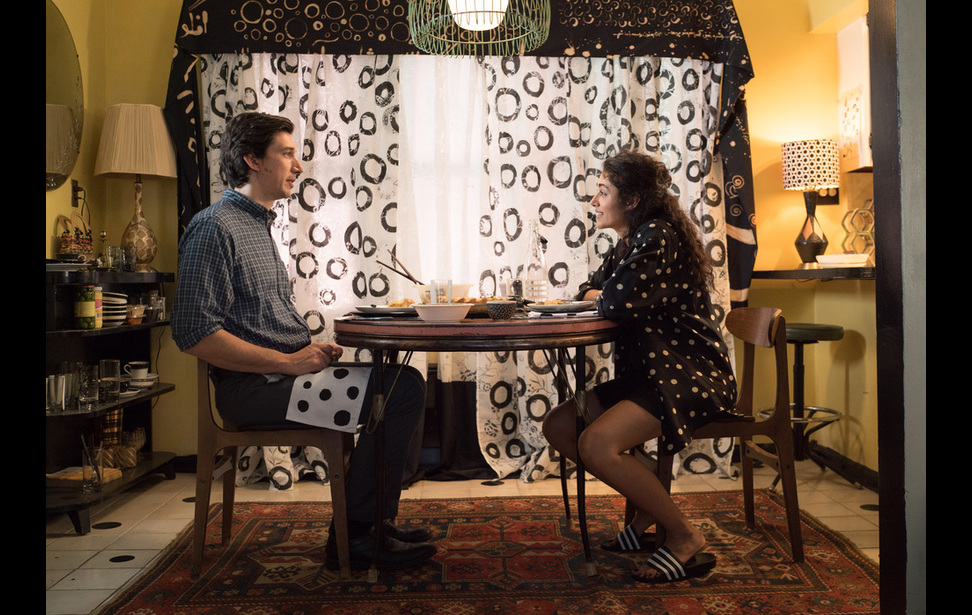 Jim Jarmusch’s Paterson is set in the eponymous New Jersey town, and although its brick mill vibe seems an anachronism in our time-lapse, media blitzed world, it invites us to enter a time warp and ponder eternal themes like love.

Poetry is of essence in Paterson, beginning with its soulful protagonist. Adam Driver plays a bus driver who composes verse while working his route, and then scrawls it on the pages of his secret diary. He has the same name as this former epicenter of silk manufacturing and as the famous poem by former co-resident William Carlos Williams. Both harken to a more lyrical century. By the looks of things, we’d never know that century has finished its run.

Spanning one week in early autumn, the saga unfolds in daily installments that open with variations on a visual refrain: an overhead shot of Paterson and his Iranian-American wife Laura (Golshifteh Farahani) in the intimacy of their bed. His alarm clock may be ticking, yet the rhythms of his spirit are all but timeless. Each morning Paterson basks in the romance and recounted dreams of his beloved.

One of those dreams is about twins. Though the couple is childless — unless you count their bulldog Nellie — duality flows through Paterson like the Passaic River. Paterson treasures his wife yet cops to sometimes noticing other women. Labor is both a source of satisfaction for our working-class protagonist and a historic nexus of strife, as borne out right here in Paterson. The poetry of others, including a young girl, can arouse Paterson’s admiration and envy in equal degrees.

This low-key drama is inflected with nuance, yet black-and-white motifs fill Mark Friedberg’s production design. First, there’s the contrasting black ink on the white page of Paterson's notebook. Black and white also jazz up the quaint Harlequin guitar that stokes Laura's dreams of becoming a Country-Western singer. And they're her go-to palette for the modish fashion, home decor and cupcakes she yields up with a passion for circles and with DIY flair. Even the 30's Island of Lost Souls classic that she and Paterson see in the local movie house together is monochrome.

It’s a rare night out for the couple. That’s because most evenings Paterson frequents his corner bar. On tap is a steady flow of small town camaraderie, stirred only when the odd jilted lover (William Jackson Harper) threatens suicide with a toy gun. Even then, a folksy ethos prevails, beginning with a bartender called Doc (Barry Shabaka Henley) and the photos of legendary townsfolk displayed on the wall. Doc, who shares Paterson’s Luddite leanings, favors chess sets over TV screens.

Come to think of it, the entire set is populated with artifacts from a gentler era. Not only are they quaint as hell, they assume near transcendental meaning. Ohio Blue Tip matchboxes inspire a poetic riff, and the grey metal lunchbox that Paterson totes on his morning stroll to work exudes nostalgia for a bygone America. Life runs mellow for this last holdout against mobile devices and other modern scourges like fame. Publishing his poetry is a low enough priority — or source of ambivalence — that Laura’s suggestions that he duplicate his notebook go unheeded.

Big mistake. Unless we consider the gains Paterson stands to reap from his loss. In his hard-knocks self-reckoning, he can now start owning a desire not only to express himself creatively, but to bring that creative expression to the world. Yet we wouldn’t wish celebrity on the man. Such a contagion could risk wiping out his twin loves: writing poetry free of unbidden pressures and adoring his equally adoring wife. (Is the whole film a love poem to Jarmusch’s wife, Sara Driver — get it, driver?) Paterson makes us rethink our wayward march of progress.

The film is a lovely, aching homage to a past in which humanism, kindness, community and connection counted. That retro vision does the ever-cool director proud.