The Revival Of The Art Of Mixology 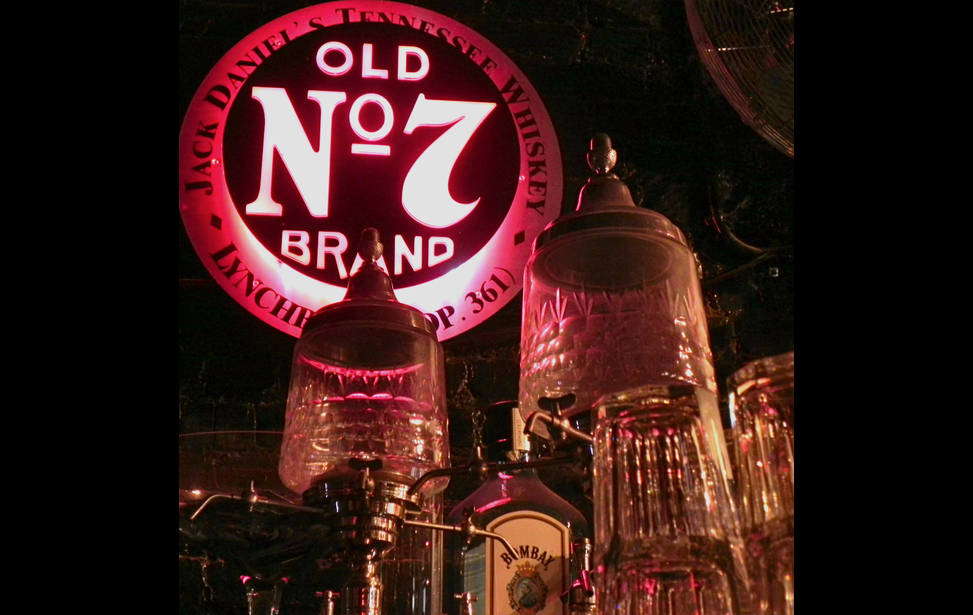 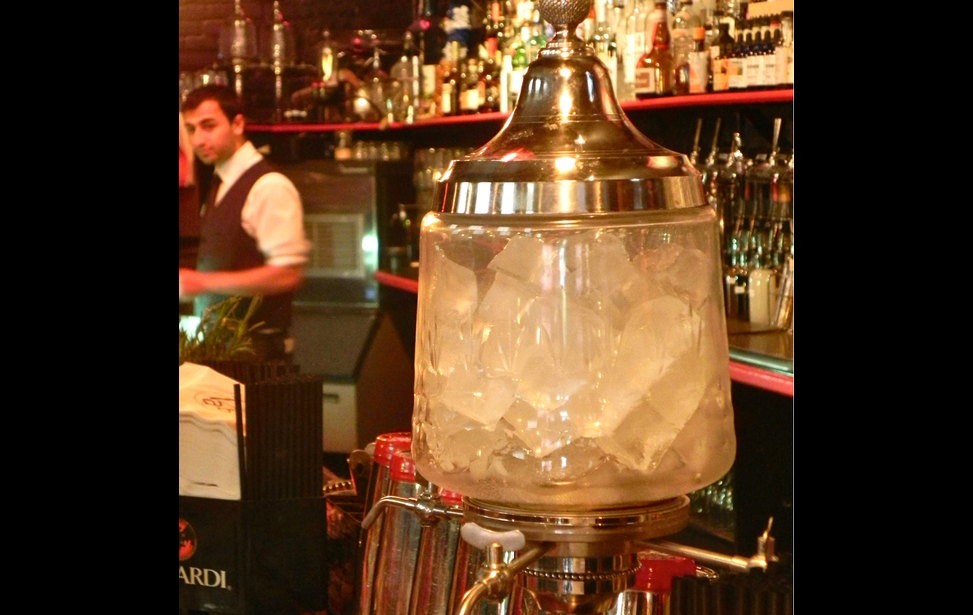 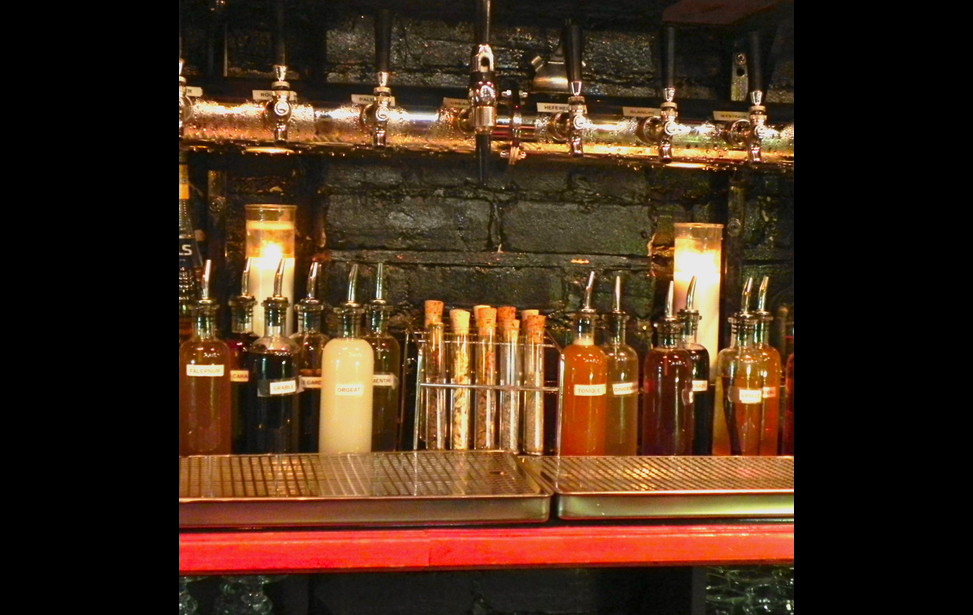 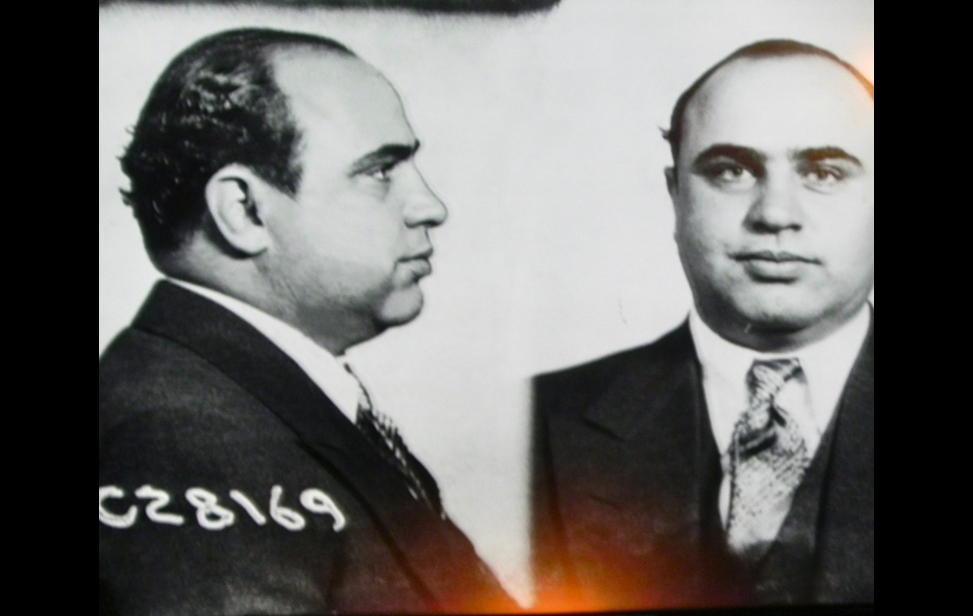 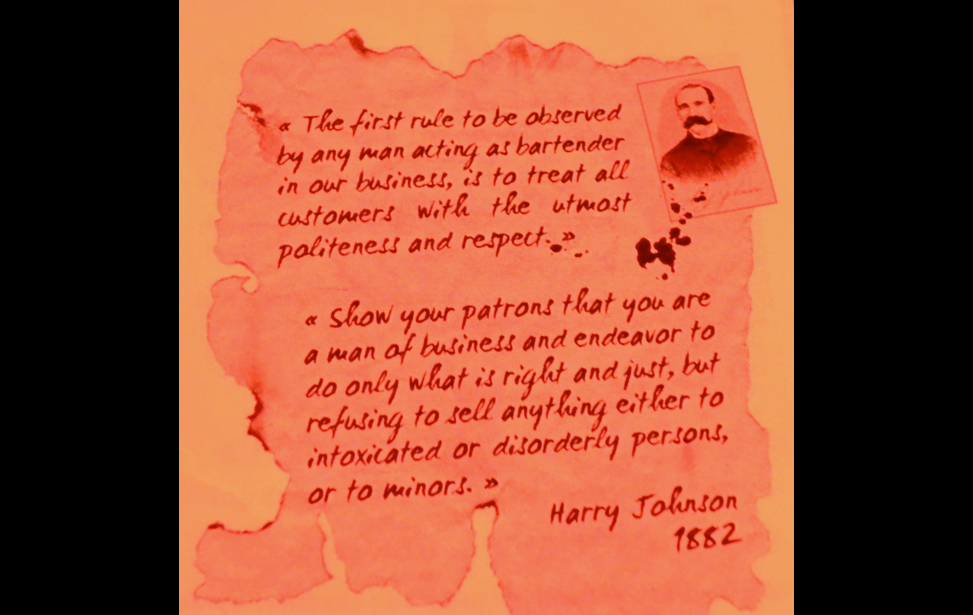 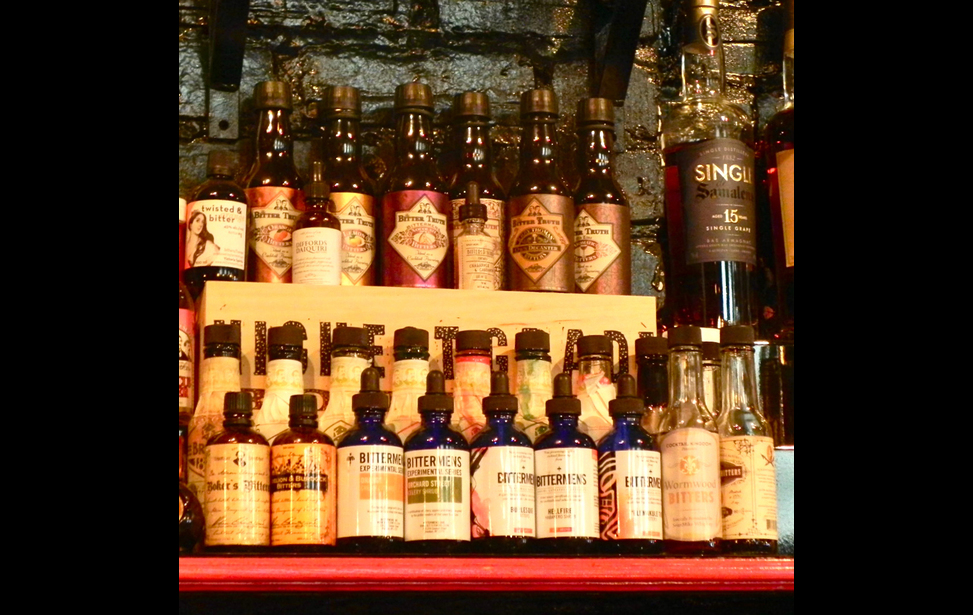 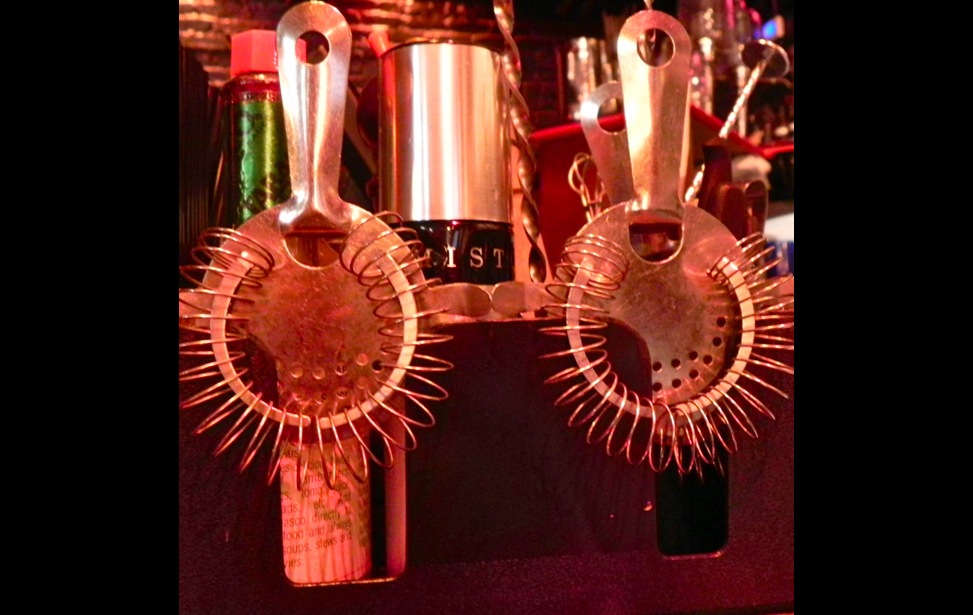 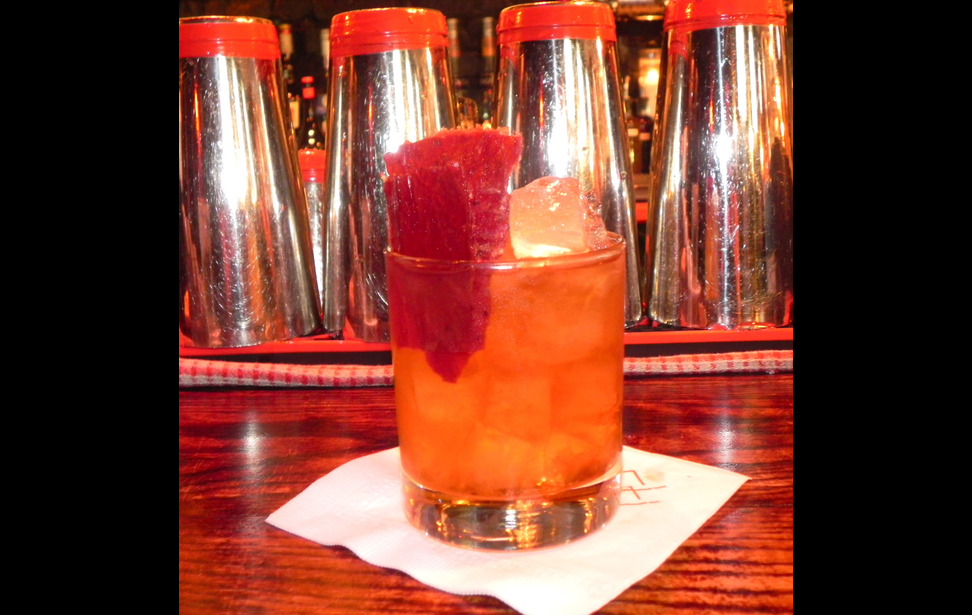 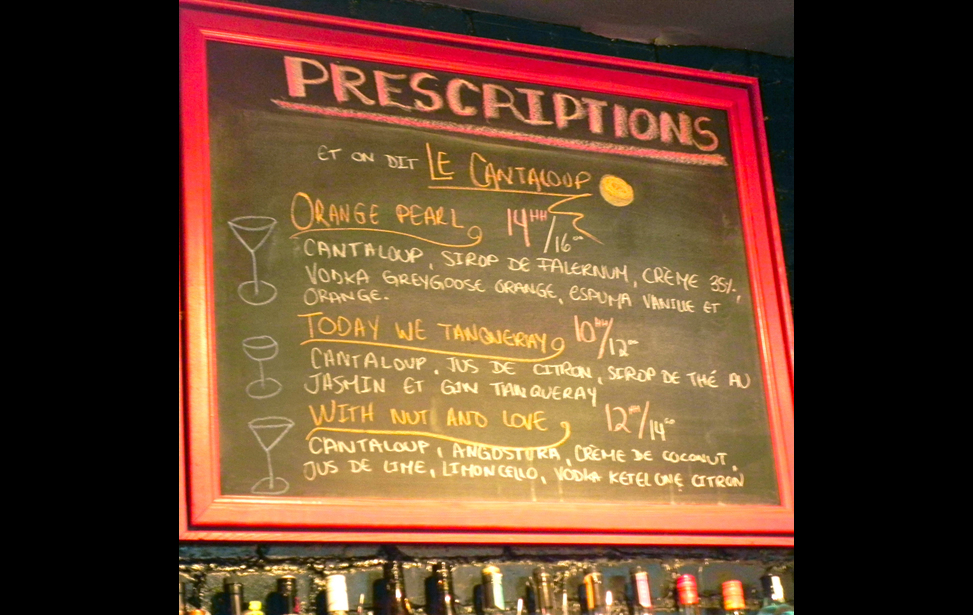 MONTREAL -- On the corner of Rue Rachel Est and Rue le Lanaudiere, in Montreal’s eclectic Plateau neighborhood, sits an unassuming bar, dark inside, appearing perhaps closed. Upon entering through the dark red curtains however, patrons are transported into a lively underground speakeasy, where Fabien Maillard awaits to both serve and educate in the art of mixology.

Maillard first studied culinary arts in his native France. It was upon the discovery of an American bar in Paris, TGI Fridays, that lead Maillard to his love of American-style bartending. It was the mid 1990’s, and at that time he says, the “art of cocktails” was not so popular. Cut to today, and “everybody’s become a mixologist”, Maillard laughs.  Though, as he is quick to point out, someone who pours a vodka and cranberry juice is not a mixologist. There is an art, a spirit to mixology, that one must acquire to be a true artist. This spirit was born in the early 20th century. The age of prohibition and mobsters, jazz music and flappers is where Maillard sets the scene in his dark bar in Montreal, known as Le Lab.

When Maillard speaks of his connection to the speakeasy clubs of the 1920’s and 30’s, his eyes dance around the bar stopping on art deco glassware, a classic Absinthe chiller (photo 1-2), apothecary-style containers (photo 3), and shots of Al Capone on the flat screen (photo 4).  The prohibition era was an important time in cocktail culture. According to Maillard, when many American bartenders returned from serving in the war, they brought back new ingredients and new methods, creating the exciting spirit of mixology that he so appreciates today.  This spirit encompasses much more than the mixing and pouring of drinks. While the word mixology might imply an emphasis on the drink, to truly be a professional of the art one must pay much attention to service, as is stated in the famous 1862 guide, “Jerry’s Bar-tender’s Guide, or How to Mix Drinks”. (photo 5) Like a member of a symphony, or a character in the chorus, bartending must be done in unison with others: coworkers, bar-backs, management, and customers.  Working behind the bar, not unlike performing on a stage, is all about passion, confidence, proficiency, body-control, and most important, reading the audience. “It’s about what the customer wants” Maillard states, “and it is with that, that we start to create.”

The 12-page drink menu at Le Lab includes an intriguing array of old-fashioned cocktails, made with classic ingredients such as absinthe, bitters (photo 6), vermouth, and of course, bourbon. Maillard and his team of career bartenders also use very classic tools, some rarely seen in bars todays. “Each tool is the most efficient,” he says, explaining how instruments like the jigger and strainer (photo 7) allow for the best control.

One of the Le Lab’s most popular drinks is the Jerky Lab Jack (photo 8), create by Maillard for the 60th anniversary of Jack Daniels Whiskey. The Jerky Lab Jack is made with Jack Daniels Whiskey, Contreau triple sec, a secret barbeque bitters that includes ignited liquid smoke, and is garnished, believe it or not, with a big chunk of beef jerky: “It represents my vision”, he beams.

Thankfully for Maillard, the cycle of cocktail culture is currently returning to an appreciation for dry, strong tastes. “In the 1980’s” he says, “it was all about sweeter, colorful cocktails”. This trend mimicked the Tiki cocktail era brought to the US after the Second World War. Today, we have cycled back to the bitter-loving age, making Le Lab a standout spot in the cocktail savvy city of Montreal.

But just as the mysterious speakeasies of the prohibition were quick to vanish upon detection, so too do many of Maillard’s creations. Save for a few favorites, Le Lab’s menu changes every six months, ensuring that some special mixes forever remain a mystery, and that returning customers continue to be treated to a new experience with each visit to this lively, modern day speakeasy.