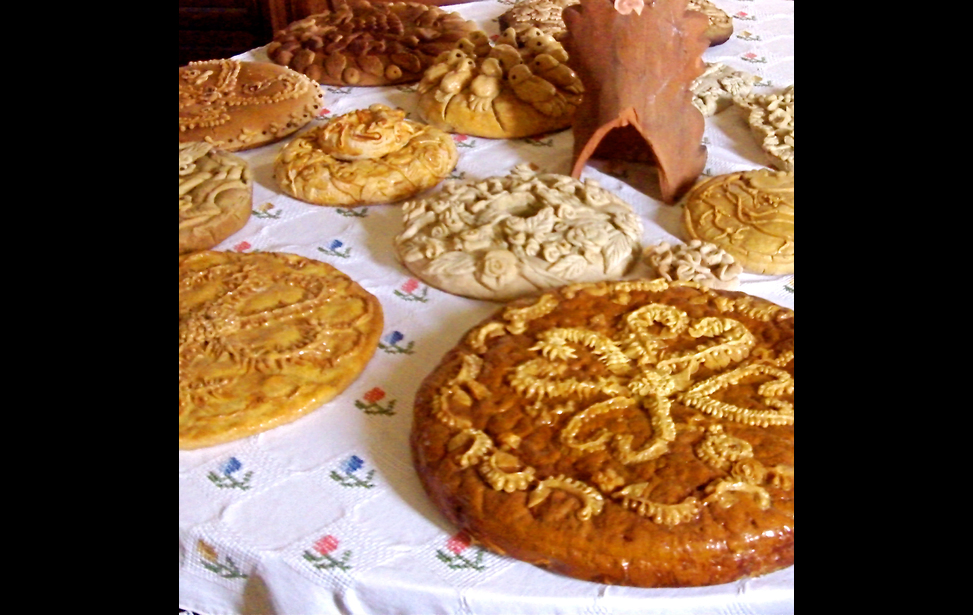 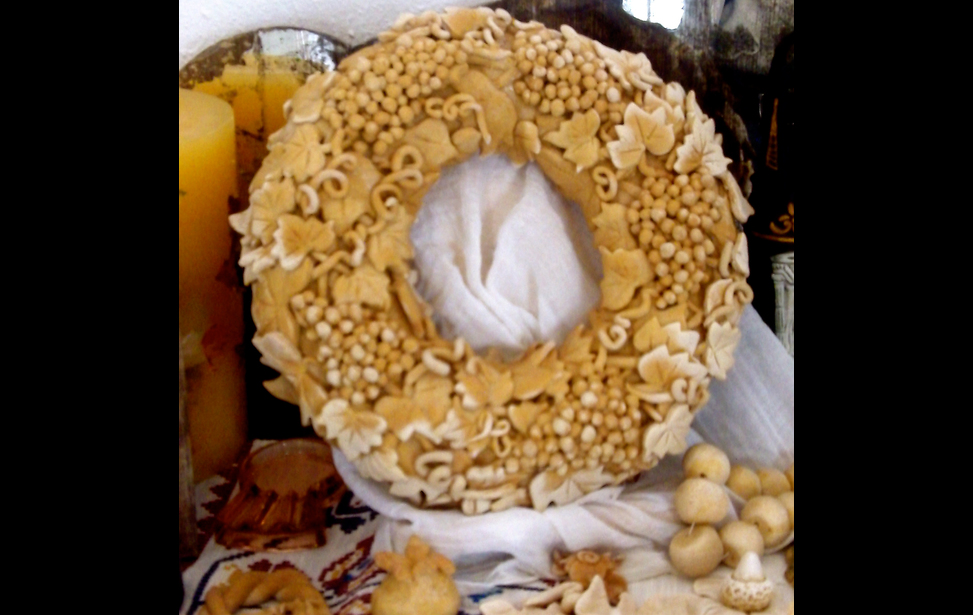 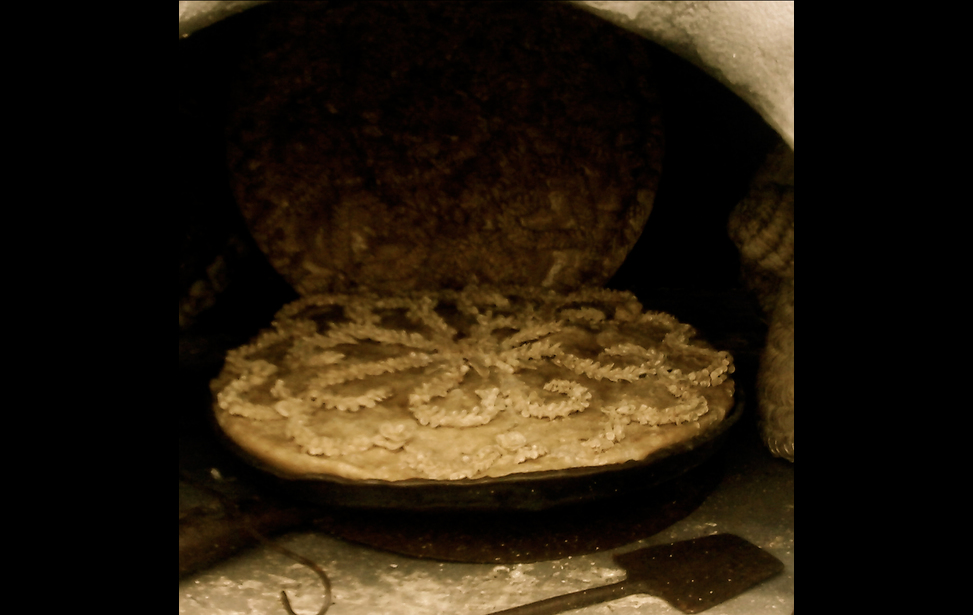 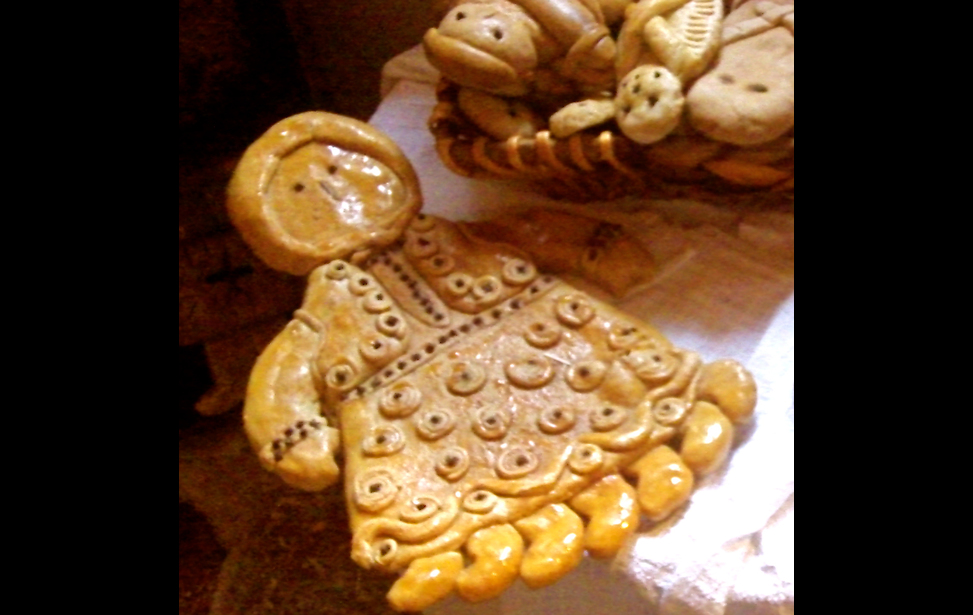 VARNAVAS, GREECE -- Bread is the staff of life: plain yet nutritious, sacred and secular, it is the most flawless of man’s creations. Steeped in symbolism, bread features prominently in the rites and rituals of many cultures, as it is not only the basic means of sustenance but also associated with life’s momentous occasions: birth, marriage and death.

In a small Attica village, some 22 miles from Athens, a renovated mansion-turned-museum houses the centuries-old tradition of embroidered breads from around Greece and beyond.

Breads in all shapes and sizes, intricately woven with a plethora of designs symbolizing those moments that mark our lives are on display at the Varnavas Folk Museum, documenting not only the importance of bread in traditional Greek culture but also bread embroidery as an art form (as seen in Photo 1)

Featuring over 500 exhibits from 22 countries, the European Bread Museum aims to record the art of bread embroidery, patterns handed down from generation to generation, as well as regional and familial variations of the craft.

A leading woven bread, the Wedding Roll (Kouloura Gamou), is prepared by the female relatives of the couple-to-be ahead of the ceremony. Designed as a wreath, it is adorned with doves symbolizing the couple, flowers, wheat and hearts signifying love, health, wealth, fertility and happiness (as seen in Photo 2). The bread, partially wrapped in a specially trimmed tablecloth, usually an heirloom, is placed centrally on the wedding table in front of the newlyweds. As the feast begins, the bride hands out pieces to the guests.

The dexterous “artists” who sift, knead, make and bake these breads are usually housewives who have learned the secrets of the trade from their grandmothers. Patiently they decorate their breads with ornate motifs depending on the occasion but also on their own taste and talent.

“Kyra Sarakosti” (or Madame Lent) has seven legs (as seen in Photo 3), each representing the weeks that lead up to Easter. This Lenten bread does not contain eggs or dairy and so a leg is broken off and eaten week by week.

The “Lazarakia” are small doll-shaped sweet breads (as seen in Photo 4) offered to the children who sing carols on Lazarus Saturday, the day before Palm Sunday. Made with flour, sugar, cinnamon, raisins, walnuts - and may include figs, almonds, honey and spices - there are many variations depending on the region. On the isle of Karpathos, for instance, the recipe includes orange juice and tahini.

Another particularly noteworthy decorated bread is the “Perpatopita” (or Walking Bread) made to commemorate a child’s first steps in life. Tradition has it that the godmother is given the first piece (as it is she who brings the baby its first pair of shoes). She must then run wishing in this way the baby a fruitful and successful life.

“Each area has its own designs and occasions. On the islands, for example, breads are made to wish fishermen a safe return. The motifs also reveal the region: islanders prefer intricate designs, northerners have simpler patterns,” explains Milea Pappa, who heads the European Bread Museum.

All photos courtesy of Maria Paravantes