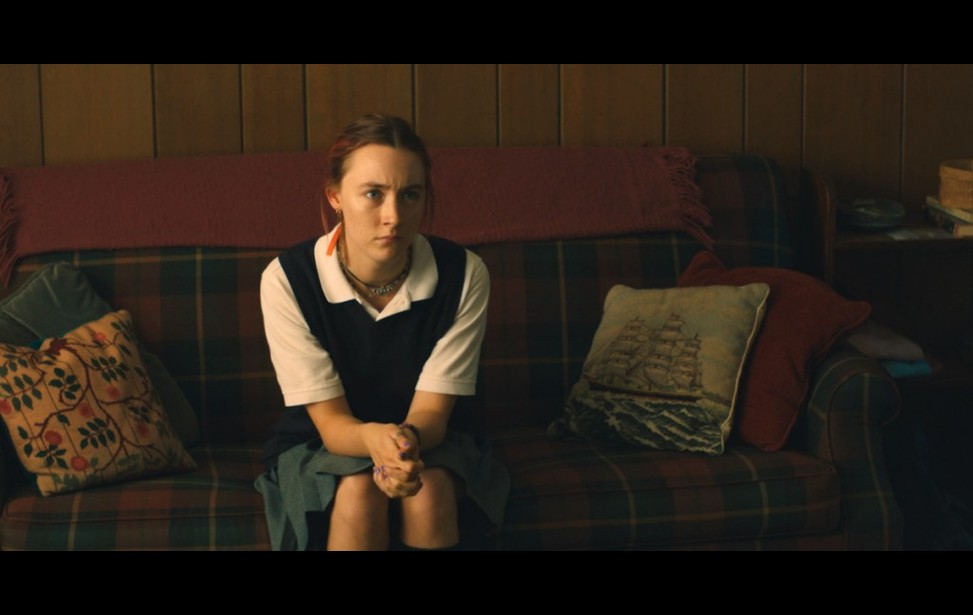 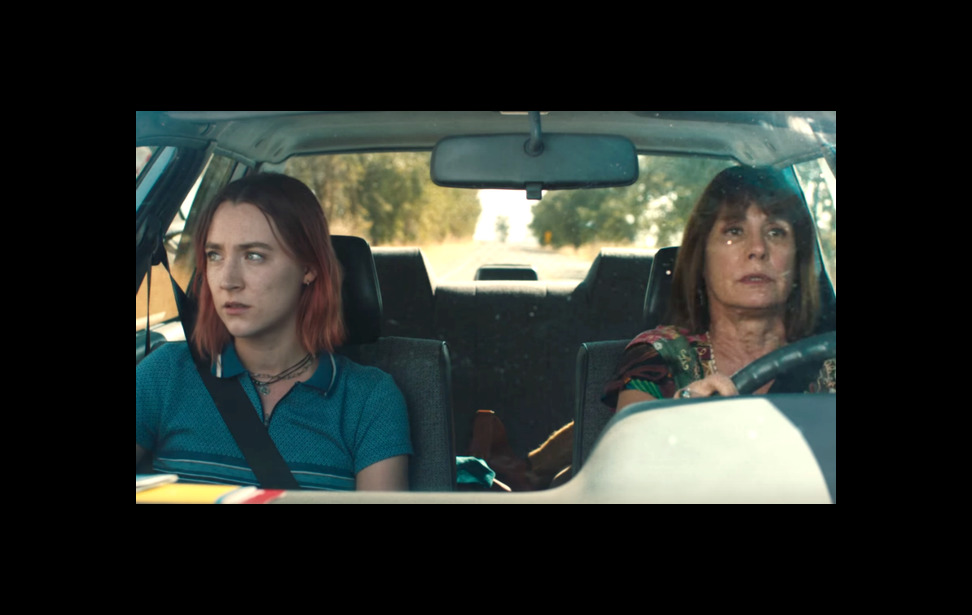 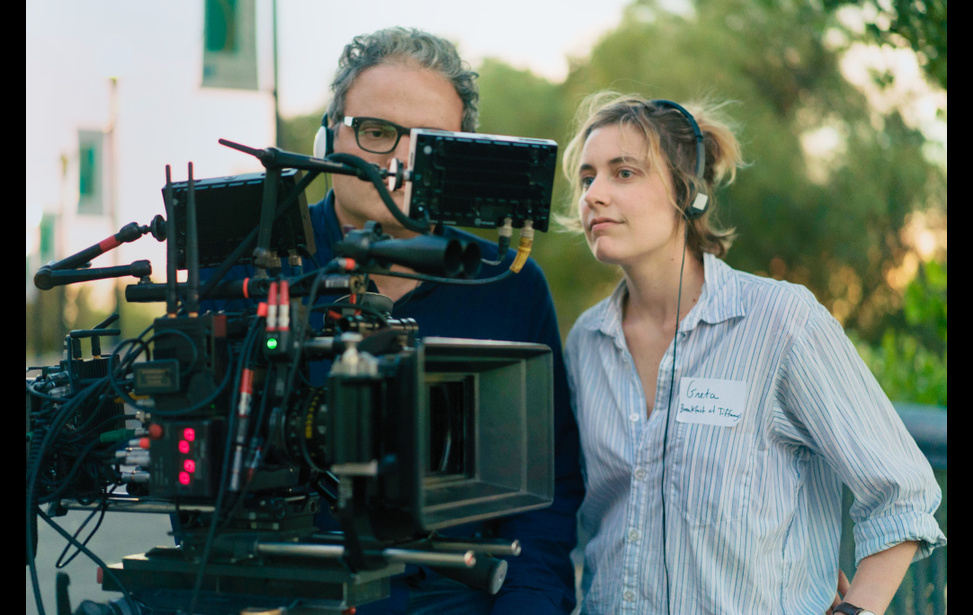 Back in 2016, cinematographer Sam Levy and actor-turned-director Greta Gerwig were envisioning the look of Lady Bird, a seriocomic coming-of-ager set in Sacramento during 2002 and 2003. “She wanted it to look like a memory,” Levy tells thalo.com in a recent phone chat. “Memory” wasn’t just some theme Gerwig randomly turned up; rather, her film partly drew on her experiences of coming up in California’s capital city.

Two more words would round out the DP’s visual cues. “There was a term that Greta used: that the movie should be ‘plain and luscious,’” he recalls. With that, the filmmakers set out to conjure a nostalgic landscape brimming with tonal nuance. “We wanted it to be dynamic, but we’re also both very attracted to the idea of restraint within an aesthetic.”

Creative crackle is evident in Gerwig and Levy’s collaboration, which finds high school senior Christine “Lady Bird” McPherson (Soairse Ronan) hoping to ditch her “soul-killing” hometown and overbearing nurse mother (Laurie Metcalf) for the more literary East Coast. It’s a tossup who’s more stubborn or opinionated, but copping to any shared traits with mom is hardly top of the mind for this artsy, rebellious teen. The rapport with her father (Tracy Letts) is far less fraught, though as a frustrated jobseeker whose wife earns the family bread, he has other sources of grief. These are times of change all around, and Lady Bird wants nothing more than to reinvent herself as well. So she blows off boyfriend Danny (Lucas Hedges) and BFF Julie (Beanie Feldstein) for cool kid Kyle (Timothée Chalamet) and his crowd. Coming from the “wrong side of the tracks,” Lady Bird feels she has something to prove that her modest means and achievements cannot reflect.

Virginity gets lost; parochial school gets jabbed, a broken arm from a car jump gets a pink cast. Tangy as these tableaux are, a hint of melancholy is never far away—practically Woody Allenish beats, such as the thrift store sequence where Lady Bird asks her mom if she likes her. For every bright note, a cringe. And all the while, Levy’s camera captures the shifting inflections.

When Gerwig tapped the DP to shoot her solo directorial debut, she had good reason to trust their compatibility. The two had worked together on Noah Baumbach’s Frances Ha and Mistress America, both of which she co-wrote, and on Rebecca Miller’s Maggie’s Plan. (Levy’s work on Frances Ha earned him a nomination for best cinematography from the London Film Critics Circle.) That he also wracked DP credits for Kelly Reichardt’s Wendy and Lucy and another Baumbach dramedy, While We’re Young, brought additional feathers to his cap.

Levy had met Baumbach through the late cinematographer Harris Savides, with whom he interned for several years. Other early mentors include avant-gardeist Leslie Thornton and French New Wave director Éric Rohmer, at Brown University and The University of Paris-Michelet, respectively. Levy further honed his craft by shooting music videos for artists such as Sonic Youth, Oasis, Beck and Garbage.

When thalo caught up with Levy, it was easy to imagine a hipster in a hurry. After all, he was named Filmmaker Magazine’s “Favorite Cinematographer of the Year” and ranked one of “15 cinematographers to watch” by Indiewire. But Levy doesn’t fit that billing at all. He's thoughtful and generous, with a gentle way about him—you’d never know he’s doing our interview on break from an intense commercial shoot.

Such grace under pressure may have been an extra incentive for Gerwig to bring him on board. But more essentially, their past collaborations fostered a mutual ease allowing them to “dispense with certain formalities that obtain when you’re first getting to know someone,” as Levy puts it. When it came to prepping Lady Bird, breaking down the script and location scouting yielded “a very precise blueprint of how to shoot the movie,” says Levy. “But the unknown can always pop up, and we were on the same page every time.”

An example he cites is discovering Lady Bird’s house. “It took a lot of time to find, and when we discovered it, we just looked at each other and nodded as if to say, This is the place,” Levy recalls. By the time principal photography rolled around, the filmmakers had evolved a shorthand that let them “finish each other’s sentences.”

Their sensibilities matched from the start. Take for instance the imagery Gerwig had tagged as a primary reference, by French photographer Lise Sarfati. Levy remembers his excitement in receiving Sarfati’s evocative portraits of young Californian women that the director sent a full year before the shoot. “Four of Sarfati’s books were on my bookshelf! I’d gotten everything of hers I could possibly find, even a zine she’d created,” he exclaims.

Another inspiration they resonated on was Sacramento, itself. Levy had shot a sequence of Frances Ha there in 2011, and recalls walking around town on his day off, thinking, “The city’s amazing and wouldn’t it be incredible to do a whole movie here?!” One of its chief allures was the sun-gilded palette. “There is an amber, golden quality to Sacramento in the summer,” Levy rhapsodizes.

For added visual poetry, the filmmakers looked to the paintings of Wayne Thiebaud, a Sacramento-based artist best known for his still lifes of bakeshop confections and Northern California landscapes tinged with nostalgia. Gerwig introduced Levy to his work, and between the fluctuating vantage points and plays on shadow and light, the Boston-raised DP was hooked.

Then serendipity intervened. Noticing the color Xerox machine in his office inclined Levy to copy pages from the source books he had lying around. “So I’m taping all these Xeroxes up on the walls, and we start to notice how much we love the way they look,” Levy recounts. “It was about scanning the image and removing it a generation.” The more the filmmakers pondered the early 00’s in which the movie is set—a time before smart phones, when Kinkos and Xeroxing were still big--the more the conceit fit their vision. “We started to get at this idea of photographing an image and distressing it, the same way we had happened upon it.” The challenge was how to do it “in a not-too-processed or sterile a way.” Levy acknowledges the contributions of production designer Chris Jones and costume designer April Napier in crafting the film’s “aesthetic of memory.”

To translate that aesthetic for the camera, Levy chose the ALEXA MINI camera and--after consulting Panavision Hollywood lens guru Guy McVicker—a combo of Panavision Super Speed and Panavision Ultra Speed lenses. A round of testing showed these older lenses to flare more than later versions, giving the cinematographer the softer effect he was after. “Back to the idea of ‘plain and luscious,’ we wanted a balance between ethereal and grounded,” explains Levy. “The older lenses glow a little more and render textures in a round way.” Completing the package was a modified zoom lens that was used “on exterior shots from a van, to get things on the fly.”

Yet such improvisation was the exception on this shoot. When it came to filming the high school musical that Lady Bird performs in, for example, “the blocking of the camera in response to the actors was very deliberate,” Levy says. In fact, the DP recruited former Glee gaffer Jerry Mundy to help design the theatrics of the show with its “very specific lighting plan and cues.”

Music surfaced elsewhere in the picture as well, notably when Timothée Chalamet’s character and his band perform a number in a coffee shop. Levy felt right at home. His musical roots run deep, having grown up with a father who played violin with the Boston Symphony Orchestra and Boston Pops, and a mother who was a semi-professional flutist. Not only did he pick up their iron discipline, but also “the sense of tempo and musicality” that he feels helps him as a cinematographer. This was especially the case while shooting dialogue for Lady Bird. “The cadence is extremely musical how Greta wrote and directed it,” says the DP.

To sync up their creative thinking, Gerwig and Levy sent one another music during prep. “I sent a lot of Chopin performed by pianist Vladamir Horowitz that was to die for,” Levy muses. A standout from Gerwig was Carl Orff’s popular choral work Carmina Burana, based on medieval songs and poems attributed to—appropriately for Lady Bird--student clergy who satirized the Catholic Church. According to Levy, the director also brought music to the set, a mix of pop songs from the ‘60s and ‘70s along with rap and R&B and classical. “It would always get the right energy going in the room. The crew loved it, and it helped the actors to relax and act natural.”

Naturalism is truly Levy’s default mode behind the camera. “We were trying for images that look great and that aren’t too dense or syrupy,” he says, adding, “nothing that would make someone go, ‘Oh, wow, the photography!’ The intent was to serve the whole.”

2)     (L-R) Soairse Ronan as Lady Bird and Laurie Metcalf as her mother in Greta Gerwig’s “Lady Bird.” Photo courtesy of A24.

3)     Cinematographer Sam Levy and writer-director Greta Gerwig on the set of “Lady Bird.” Photo by Merie Wallace, courtesy of A24.