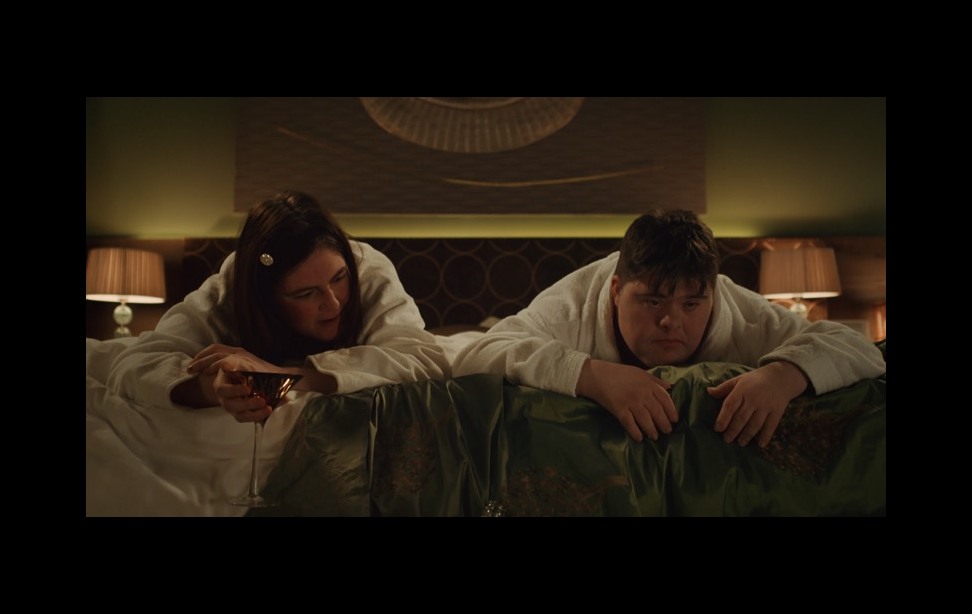 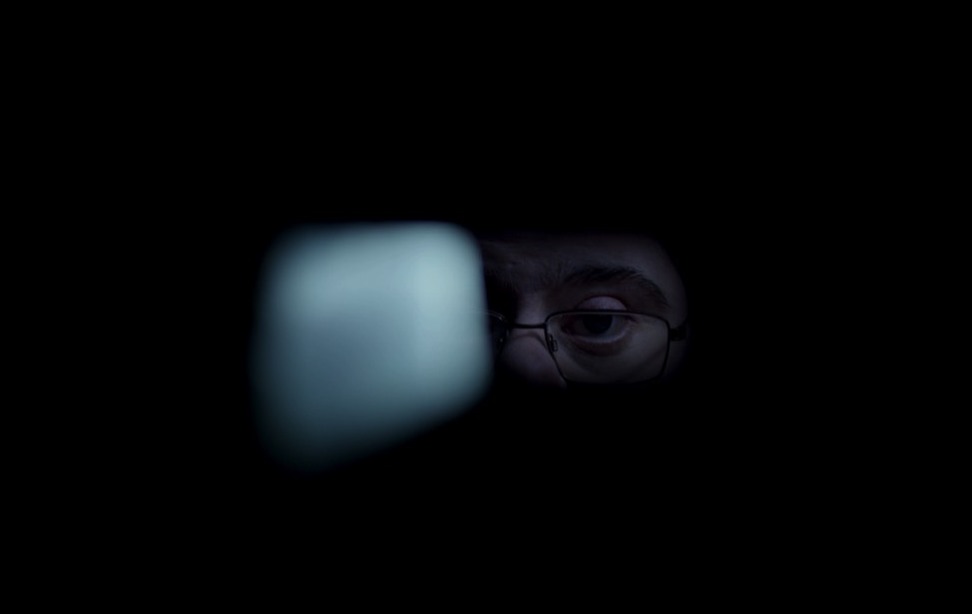 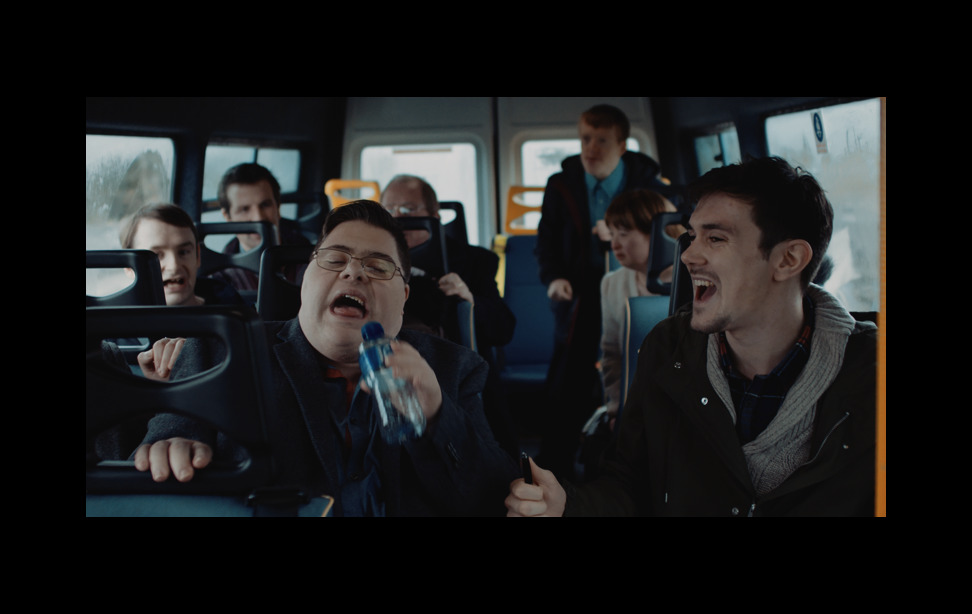 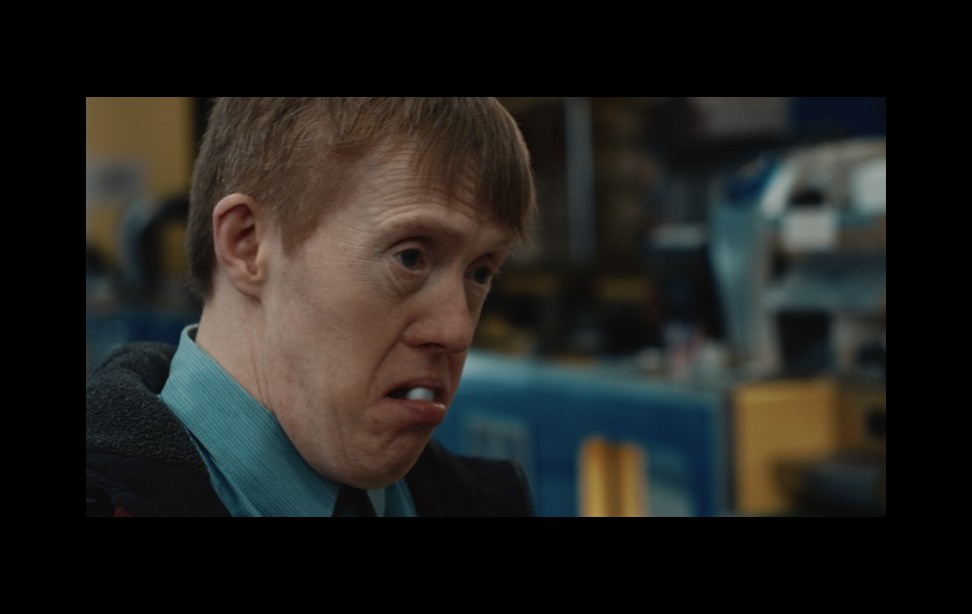 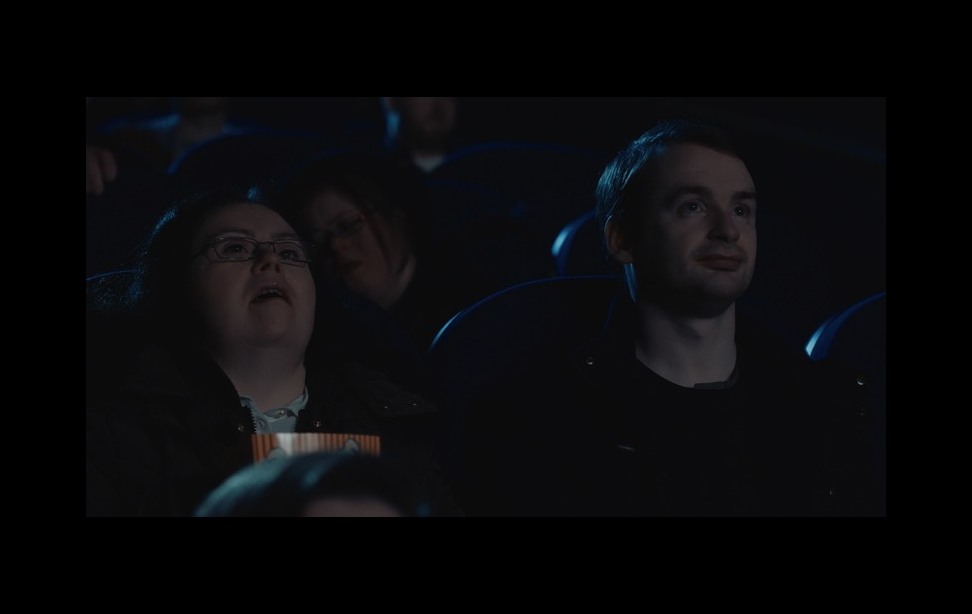 “Nobody thinks of people with intellectual disabilities as being sexual creatures,” says Len Collin, “but they clearly are.” Collin is the director of Sanctuary, an Irish comedy about a group of adults with cognitive impairment who visit Galway, where two of them sneak off to a hotel room. They are Larry (Kieran Coppinger), who has Down Syndrome, and Sophie (Charlene Kelly), an epileptic, and this is their first go at intimacy. Tom (Robert Doherty), their bribeable care worker, books the room. That’s because the couple’s lovemaking is against the law.

Or it was until last month, when Ireland’s 1871 Lunacy Act -- criminalizing sex outside marriage for the intellectually disabled – was overturned. Both Collin’s film and the play by Christian O’Reilly that it’s adapted from are in no small part to thank for this development. Played as much for laughs as for heart pangs, Sanctuary makes its case elegantly but indeed powerfully.

Collin makes no bones about his agenda. “Film is an ideal way to bring these issues out of the disability community and into a broader arena where change can happen,” Collin tells thalo.com after Sanctuary’s gala screening at the ninth annual ReelAbilities: NY Disabilities Film Festival. Created by JCC Manhattan, the Festival’s goal to promote awareness and inclusion of people with different abilities through visual storytelling resonates deeply with him. In addition to his scriptwriting for British television, with credits including EastEnders, Casualty and The Bill, Collin is completing his PhD on the representation of intellectual disability in popular entertainment.

He also works with Galway’s Blue Teapot Theatre Company, the performing arts school that produced Sanctuary for the stage. Following the production’s premiere, Collin proposed making it into a movie using the original cast. That led to four years of workshopping the characters with the very actors who inspired them. “We drew on their real relationships and on certain of their individual characteristics,” Collin notes. I don’t think this film could be done with any other cast. These are the guys.”

thalo: How else did the actors shape the script?

Len Colins: If certain lines were difficult to say, we would change them according to how they would say them. If they thought a scenario was a little absurd or it wouldn’t quite happen that way, they would let us know.

th: What sort of directions did you give the actors?

LC: It would change with each actor. When we first started, Kieran would rock on his feet a lot. I tried saying, “Kieren, you’re rocking. Could you stay still?” That didn’t quite work. Remembering my own acting days, I thought, You have to give actors positive things. So I got an imaginary hammer and imaginary nails and I improvised nailing his feet to the floor. He never rocked after that. Or when Valerie Egan, who plays Alice, does the wink that always gets the big laugh, that’s me winking at her and she’s laughing her head off and giving it back to me that way.

th: To what extent would you talk about a character’s state of mind?

LC: Always, before each scene. The film wasn’t shot in continuity, so I’d remind the actors what had happened in the scene before and try and get them in the mood. If it was a sad scene you had to be careful. The scene where Sophie reveals her history, that was me and Charlene in a room just talking. She knew the lines perfectly, but she would sometimes stumble over them because of the emotion. So I had one-word cues that I would drop in in the middle of the pauses.

LC: “Staff.” “House” -- one-word cues to give her a safety barrier because she was over-thinking it. Different techniques were adjusted for each actor.

th: What was your biggest concern about directing actors with cognitive disability?

LC: We didn’t know when we started out how the guys might cope with 11-hour days. In the theater they were doing five-hour days at most. Energy levels could drop over a 30-day shoot.

th: Did your worries bear out?

LC: They all rose to the occasion fantastically.

th: All of the actors have professional training, correct?

LC: Yes, and Blue Teapot makes sure that anytime they are performing, they’re paid. They are professional actors and they were paid to do the film.

th: In the US there’s also a growing pool of actors with disability who are professionally trained. Gail Williamson of KMR Talent & Associates in Los Angeles recently told me that not only are more of her disabled clients being asked to audition, they now have the skills “to stay in the room.” A couple of years back she said opportunities to audition averaged around two or three a month. Now that number exceeds 10, mostly for commercials but also for cinema and stage. The TV execs may be more skittish – they think the public won’t follow. But brands are wooing the buying dollars of the disability community, which is about 20 percent of the population. And everyone has a family member or friend with disabiilty, so the consumer feels seen.

LC: That’s really interesting. In my PhD dissertation I talk about the fact that when punk music first came out there was a reaction against it, but that once the money men learned how to monetize the punk movement, it was tamed. I think the same thing happens with disability. Until people learn how to monetize it, it won’t become standardized. More advertisers are running campaigns with actors who have disability. If they’re doing it, Hollywood will follow.

th: Speaking of Hollywood, throughout cinema history characters with disability have been subjected to the gaze of able-bodied filmmakers and spectators. Were you riffing on this idea with all the eye imagery? There’s an eye over Larry and Sophie’s bed, another one on the cinema where the group sees a movie and yet another at the coffee shop; and the sweets vendor in the mall is called “Eye Candy,” to name but four sightings.

LC: Absolutely. The first image of the film is Kieran looking through the slot of the piggy bank, and it’s in the shape of an eye. To me the eye represented not just Down Syndrome, because it’s a key feature of Down Syndrome, but the fact that the characters are constantly being watched. Even when they think they’re making a break for it, there are often eyes looking at them. As you say, when Larry and Sophie find themselves alone at last, there’s that eye above the bed, which is representative of the fact that they still feel as though they’re being watched or judged.

th: Early on, we make out one of the group members, Andrew (played by Patrick Becker) eating cookies in stealth mode in the foreground. What does this scene say about watching – or being watched?

LC: He is always watching. But it is also the idea that we don’t notice disability. One thing that (disability scholar) Colin Barnes left out of his 1992 paper “Disabling Imagery” is that the disabled person is absent in film and TV. So it’s easy to miss Andrew just sitting on the floor eating biscuits.

th: At the mall Andrew spits out candy he hasn’t paid for. How does this scene play on the lietmotif of personal agency?

LC: You think he’s just badly behaved. But it’s so considered, what he’s doing. He knows that if he spits out the sweets, the popcorn fellow won’t know how to deal with him, and he’ll get away with free sweets. It’s the perfect demonstration of agency since he manipulates expectations and works disability in his favor.

th: Agency is an especially fraught topic in the scene where Sophie finds the condom Larry has socked away. Break down some of the nuances for us.

LC: It’s always been in their heads that they might sleep with each other. But it has to be Sophie who’s pushing it. And it has to be at her pace. There’s that realization that suddenly Larry is being a man, which is something he’s never been allowed to be. They’re both pushing for their freedoms and at that point they collide in an unacceptable way. He needs to give her space to come around on her own volition.

th: You leave us in limbo at the end. What do you think happens?

LC: It’s exactly as Sophie says: There will be an inquiry. She and Larry will never see each other again. She’ll be moved home. The care worker, Tom, will lose his job. It’s that theme that love tears them apart. If they didn’t try to be together, they wouldn’t be torn apart. It’s inevitably a film about freedom and constraint.

th: People with cognitive disability are both on-camera talent and creative contributors behind the scenes in Sanctuary. Nowhere does the production go in for “disability drag” – casting able-bodied actors for disabled roles – or any of the other no no’s on Barnes’ list, such as the disabled person as atmosphere or curio, as the supercrip or as their own worst enemy.

LC: There’s a long list of movies like Rain Man and Forrest Gump that star able-bodied actors and that depict disability in a dim light. That always gets my goat. This year there was Me Before You, which caused everyone a lot of stress. But even with a film like The Eighth Day, the ending is still a trope of disability being something negative. That’s something we really want to change, and that’s why things were different with Sanctuary.

(L-R) Charlene Kelly as Sophie and Kieran Coppinger as Larry and in Len Collin’s “Sanctuary.” Photo courtesy of Len Collin.

(L-R) Kieran Coppinger as Larry and Robert Doherty as Tom singing in the van to Galway. Photo from “Sanctuary” courtesy of Len Collin.

(L-R) Emer Macken as Sandy and Michael Hayes as Peter at the cinema in “Sanctuary.” Photo courtesy of Len Collin.