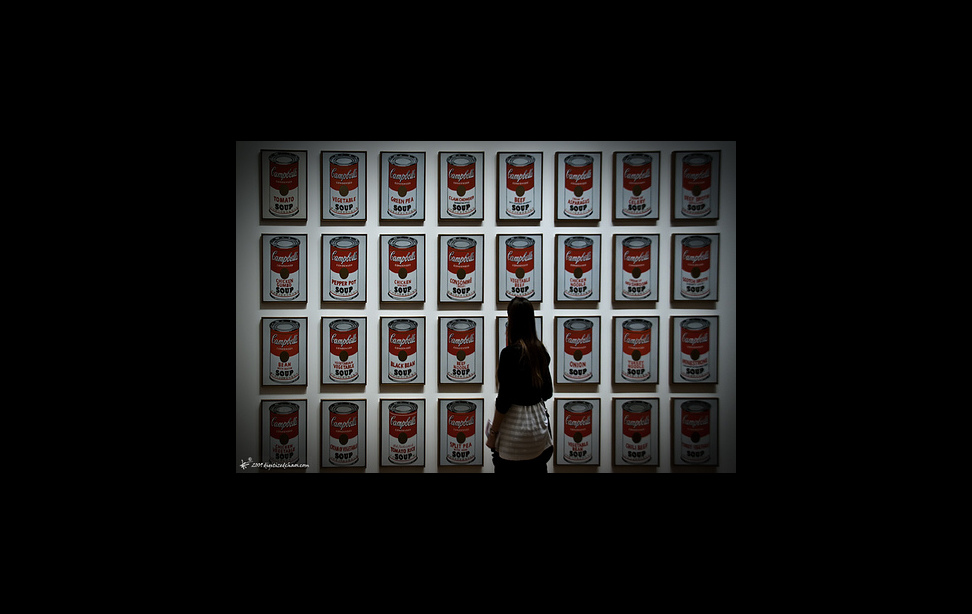 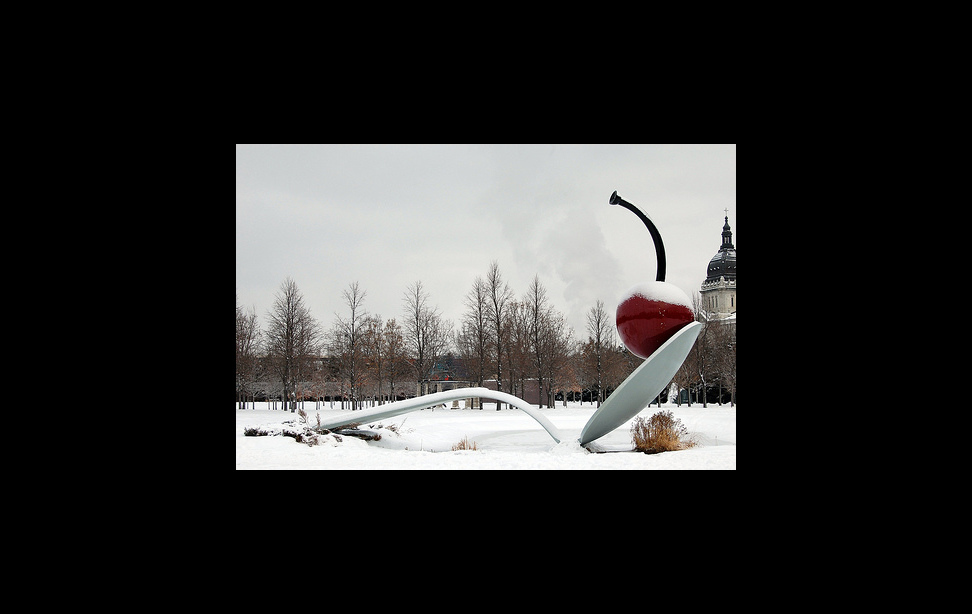 For modern culture, art is a complex litmus test for creative, intellectual, social, and political movements. When food becomes a dominant theme, a powerful narrative begins to emerge.

Examples of the progressively complex relationship between food and art are illustrated through works by Pop Art masters Andy Warhol and Claes Oldenburg, as well as the modern methodology of Janine Antoni.

In the 1960s, food was used as a motif to irreverently question the role of the art object and its relationship to everyday life. Andy Warhol’s silkscreen 32 Campbell’s Soup Cans (1962) is the canonical example of art produced through mechanical reproduction: 32 individual 20- by 16-inch canvases depicting each of the different flavors Campbell’s soup offered at the time.

The decision to utilize such an everyday product continues to stymie art lovers and critics alike. Was Warhol’s use of Campbell’s soup (as seen in Photo 1) based on his fondness of the brand, as the Los Angeles Times says he liked to tell interviewers…or was the use of food a deeper metaphorical choice, to utilize persistent repetition and the familiarity of a mundane logo to ultimately devoid itself of content?

Another visionary Pop artist, Claes Oldenburg, also used food as a central theme in his work. Oldenburg became known for his staged performances, or “happenings,” which featured multiple costumed characters and strange interactions with inanimate objects, usually culminating in a mess of some form or other.

Oldenburg’s wry sense of humor is also manifested in his larger-than-life sculptures of everyday objects. Oldenburg often displayed his fascination with food objects and was particularly fond of a host of sweets (as seen in Photo 2), including giant inflatable pies, cakes, éclairs, and ice cream cones. He also explored a more savory side with diner food items—such as Two Cheeseburgers with Everything (1962)—with an eye on the concept of consumption.

Eat Or Be Eaten

In contemporary performance art, food has been used not only as the artistic subject, but as the medium, as well. The process-based themes of Janine Antoni focus on the body as it relates to power, materials, and femininity.

In her 1992 piece Gnaw, she used two 600-pound cubes—one of chocolate, the other of lard—as the starting point for a wholly unique sculpture. Instead of a chisel or even her hands, Antoni actually chewed the blocks to carve them, spitting out the food remnants as she worked. She then melted and re-cast the chewed chocolate into 27 heart-shaped forms, and reconstituted the lard into 130 lipsticks. These were then packaged and displayed in a mock store front. Antoni’s interest in the primal urge of the bite as an act of both knowing and destroying is a reinvigorated version of traditional sculptural processes.

As food in art has evolved from subject to medium, the essential action of eating becomes the artistic act—and the concepts of both become inseparable. Actually, it's no real surprise that modern culture's pre-occupation with food has permeated the art scene (as evidenced by WebEcoist's recent article, "15 Fasinating Food Artists and Sculptors"). Everything from genetically-altered products to the rising levels of obesity among children have created passionate debates—and passion begets artistic expression. Expect the relationship between food and art to become a close one, and even more prevalent in creative works of the future.