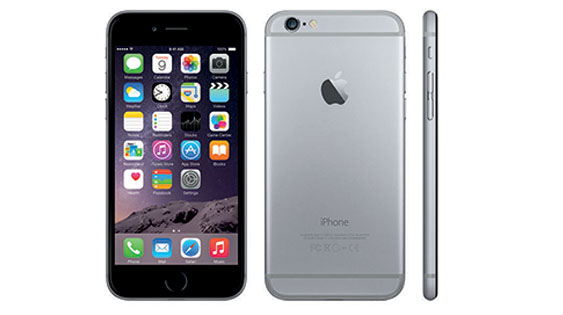 It was a fast and furious two hours, one that left me literally panting as I live tweeted Apple’s September Announcement Event. And not only because of the pace, but because the product announcements were nothing short of earth shattering, as you realize you’ve witnessed a product that you won’t remember your life without in a year from now… and the first is the new iPhone 6, which has in its back pocket a nifty new digital wallet payment system that will make cash and using physical credit cards a distant memory.

So, what did we see Tim Cook and company unveil at the Flint Center in San Francisco? Well, the shorthand are two new iPhones – the expect 4.7-inch iPhone 6 and the 5.5-inch iPhone 6 Plus, as well as Apple’s new digital wallet called Apple Pay, and in bringing back the famous Steve Jobs quote, “One more thing,” Tim Cook also unveiled the new Apple Watch, and it’s going to drive the wearable computing category like the iPhone and iPad have done in their respective niche’s. But I’m getting ahead of myself, as that will have to wait for it’s own article, and it’s well worth waiting for.

But let’s start from the beginning with the new iPhone 6 and 6 Plus. ?The technorati are getting much better at determining fact from fiction, as once again the rumors proved true. The 4.7-inch iPhone 6 is joined by its bigger brother, the 5.5-inch iPhone 6 Plus “phablet.” Both are virtually identical except for screen size and a few other details like optical image stabilization available in the 6 Plus. But here’s a quick run down of the product specs of both:

The new iPhones enjoy a new curved, bevel design, with glass that wraps around and covering a retina HD display. The iPhone 6′s 4.7-inch display packs a massive 326 pixels per inch, totaling over 1 million pixels for a super sharp display resolution of?1334?750, nearly 40% more than the iPhone 5S. Yikes. But it gets even better, as the iPhone 6+ 5.5-inch display has 401 pixels per inch, 2 million pixels total, and is 185% sharper than the previous model. Amazing.

The “Twins” also are driven by Apple’s new?A8 64 bit processor, which has over 2 billion transistors inside, doubling that of the iPhone 5, but yet, is nearly 13% smaller and is 25% faster. And the new GPU chipset doubles it’s graphics performance, giving the iPhone 6 what gamers call a “closer to metal” experience of processing directly for game play that Apple says is faster that next generation consoles like the Sony PS 4 or XBox One. ?All that is bound to take a hit on battery life, but Apple executives says it has even or better battery life than the previous generation. I’m not so sure that’s a selling point because frankly, I think the battery life on the iPhone 5s sucks, in part due to a bug in iOS 7 which forces users to turn off their iPhone and turn it back on to flush the system and get through the day. ?Battery life specs out at 10 days standby and 10 hours of LTE for the iPhone 6, 16 days of standby and 12 hours LTE for the 6+. In theory.

Motion wise, Apple has moved up to the M8 processor, which will be able to take advantage of iOS 8′s new bevy of fitness and health features and includes a new layer of movement data … a barometer, which is so accurate, it can tell you pressure differences when walking up stairs.

Camera-wise, Apple has stayed with an 8MP camera that has larger pixels, choosing to stay out of the megapixel wars and focus on improving low light performance thanks to an aperture rating of F2.2. It has faster focus thanks to a phase detection pixel system similar to Canon’s, ?which focuses twice as fast and can detect smiles for a quick burst to choose the best image. ?It can shoot 1080p at up to 60fps, and can offer slow motion options up to 240 fps, double that of the iPhone 5. The iPhone 6 has digital image stabilization, but if you pay extra for the larger 6+, you get a far superior optical IS option, and that’s alone will be worth the extra money to filmmakers. But Apple has decided to punt on the Facetime camera, keeping it at it’s paltry 1.2MP. ?The cameras can also shoot in standard HDR and now, HDR video, providing a nice on the fly color grade for everyday life.

Other features include: 802.11 AC WiFi Support, Voiceover LTE, and supports Apple’s new Apple Pay wallet which will store all your credit cards onto an encrypted chip, enabling you to pay with your phone. It’s completely anonymous as the Apple Pay uses a one time payment number and it auto populates any necessary shipping information. And the best part is, if you lose your phone, you can go to Find My iPhone and suspend charging privileges by that phone without having to cancel your credit cards.?It’s well thought out and will be available to use in over 220 thousand retail outlets including Disney, Target, Panera Bread, and yes, the Apple Store. All the big three, American Express, Visa and Master Card all support it.

Breakdown of pricing and aavailabilityis as follows: ?The iPhone 6 starts at $199 with 16 GB of storage, $299 for 64 GB, and $399 for 128 GB with a two year contract, while the iPhone 6 Plus starts at $299, $399 and $499 respectively. We know, why not 32 GB of storage for the entry-level model? Available for preorder on September 12th, with shipping on September 19th. Available in 8 countries at launch, including the US, and 115 countries by year’s end. Meanwhile, Apple also announced iOS 8, which both phones will have natively, will be available for upgrade on September 17th.

In other news during the event, Apple featured the rock band U2, and front man Bono announced that until Mid-October, their new Album “Songs of Innocence” would be available as a free download to all iTunes users. It’s already in your purchased tab, so all you need to do is download it. I just listened to it while I was writing and it’s a fantastic new album and a hell of a gift from Apple, and U2 to all iTunes users.