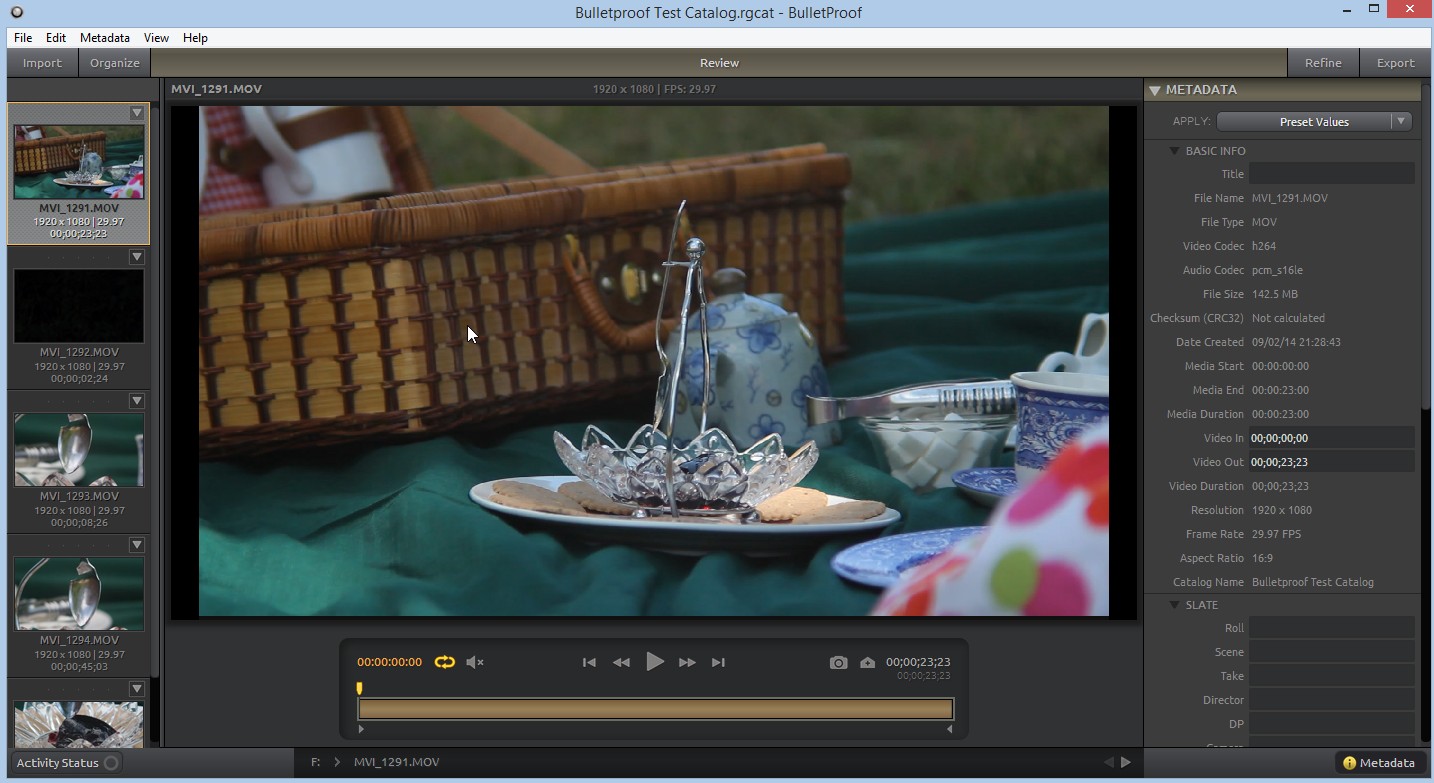 Red Giant has released their new version of Shooter Suite, a software bundle for videographers. We’re going to look at each app in the suite, starting with BulletProof.

A long time ago, I was shooting on mini-DV for a television station. Broadcasters hadn’t made the switch to HD yet, most running both transmitters. The place I worked had been experimenting with DV and HDV cameras, both from a format angle and a budgetary angle.

Something we noticed while we were shooting on that tape format was the failure rate -- especially when ingesting tape into the NLE system. There’s nothing like trying to re-spool mini-DV tape from a DVCPro deck under deadline. Something else we tried was a small portable video recorder attached to the camera via a firewire cable. This type of dual-format shooting was in it’s imfancy then. We discovered we had a problem with dropped frames coming from the hard drive.

I bring this up, because I’ve been reading in some of the forums about people looking for a safe backup solution for SD cards, something that would let shooters safely dump an SD card in the field and reuse it. Some people I’ve talked to have been using one-piece hard-drive/card reader combos. Unfortunately, some have been running into the problems I had so long ago -- dropped frames. A possible solution? A small-form laptop with Red Giant’s BulletProof.

BulletProof is a Swiss-army knife of a piece of software for videographers who need to backup, export, and view footage -- as well as update metadata, and non-destructively color your footage -- all while onset. You accomplish these by using the Five Views. 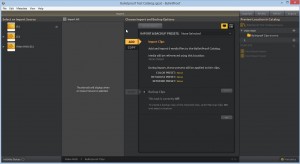 The above picture is of the Import View. You can backup your footage to multiple locations, while the software checks to make sure the integrity of the footage being copied is intact. BulletProof first copies the footage into itself, and does a byte-by-byte check of the copy against the original, then sends it to the destination(s). In other words, this makes sure the copy(s) of the footage are exact duplicates of the original.

If editors have dropped frames, it will be because your original footage had dropped frames, not because it was lost in copying. Red Giant says it should take as much time as Disk Utility. Accidents happen, and external drives can be dropped. BulletProof allows you to send copies to multiple drives, be it internal or external drives. If it’s attached to the computer, it’s good to go. Keep one for the editor, hand one off to the director, and keep one with the producer for safekeeping. 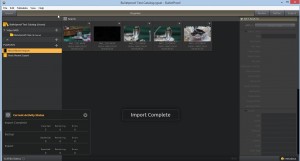 The above picture is of the Organize View. Here, editors can make folders and playlists to organize your footage for the edit bay. You can see and add metadata to each shot, add notes to clips, and give star ratings to clips. You can also search for specific clips via metadata info. 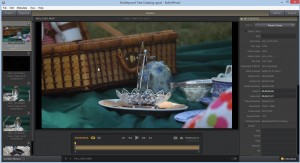 The above picture is of the Review View. Here you can watch your clips, set in and out-points for later in the edit booth, and apply more detailed metadata such as markers and keywords to clips. 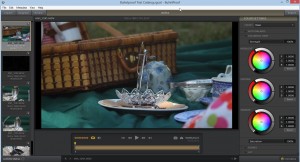 The above picture is of the Refine View. In this view, you can add adjust color settings to the shots. This includes Auto balance, Red Giant’s Colorista 3-way color, curves, and LUT. You can adjust all of these of non of these, choice if yours, this is non-destructive.

Editors have the option of applying color at import, using presets you made earlier, and can apply color at export, which adds the color changes into the backed-up shot. You can ignore color at export, which is the default. This makes the software disregard any color adjustments, and just export the original color of the clip. You can also remove all the color changes you’ve made by right-clicking on thumbnails and choosing that option. 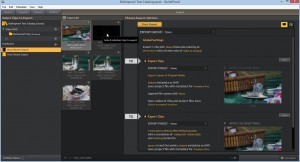 The above picture is of the Export View. This is where BulletProof shines. You have the option of exporting your clips into different formats, adding timecode burn-in, append file names, change clip timecodes, and changing the frame-rate of the clip. Something interesting -- when changing a clip’s frame-rate you also scale the audio so it stays in sync with the video.

Currently, BulletProof works with .MOV, H.264, Apple ProRes, MP4, AVHCD and Canon MXF. If your camera supports any of these, it will work with BulletProof. Red Giant recommends using a card reader for offloading your footage from the cards, instead of trying to use the camera.

I like this. It helps mitigate the dangers of dropped frames while making backups, as well as lets you play with footage on the set for the director or clients. Initially this software was for those shooting with Canon and Nikon DSLRs, and GoPro cameras. More formats and cameras have been added. I do wish it was compatible with RAW. Red Giant says they are adding more cameras and codecs. Check their camera compatibility page for BulletProof here.

Overall, if you’re working with SD cards you might want to take a look at BulletProof. Check it out at Red Giant Software’s website.

Next time, we’ll look at another component of Shooter Suite: LUT Buddy. Until then, happy cutting.