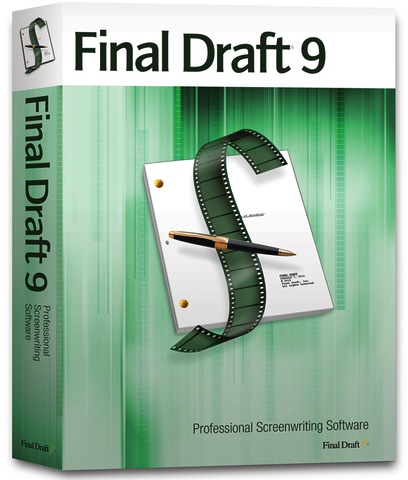 Final Draft has lowered pricing on their products, including full versions and educational versions of their screenwriting software, until September 12, 2014. Final Draft says this is their "biggest and last sale of the year."

Final Draft 9 offers a variety of improvements over previous versions of Final Draft. These include watermarking for print as well as for .pdf; a Character Navigator; a ScriptNotes Navigator; character highlighting; a thesaurus in the contextual menu; the inclusion of non-speaking characters in your Cast List and Character Report; an enhanced Revision Mode; and filtering of ScriptNotes. Mac users also get to use OS X's Dictation feature.

One interesting improvement is a new licensing system. Final Draft calls the new system “more robust and secure,” and says it is “tolerant of OS upgrades, hard drive replacement, and more.” Windows users will find a an updated UI available, called the "ribbon" user interface. Writers can also switch back to the “classic” look if they don’t like ribbon. Mac writers will see improved menus and buttons, as well as support for Retina displays and a Fullscreen mode. 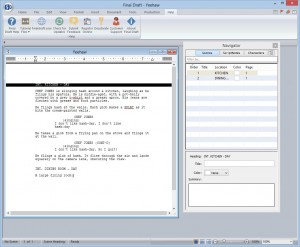 Final Draft in Ribbon View on a PC.