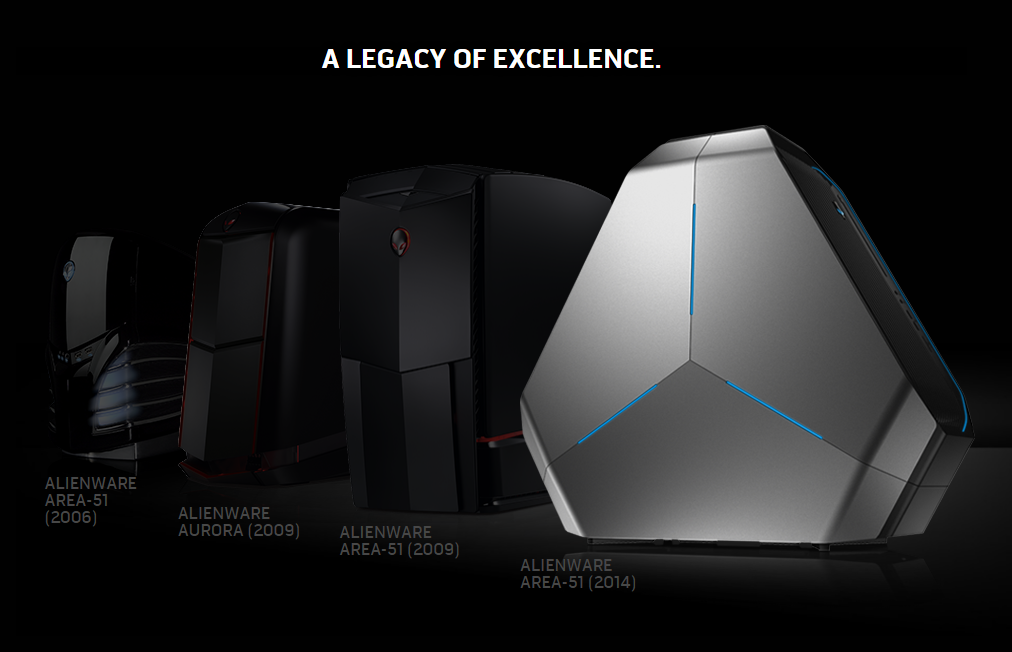 With some Mac users moving to the PC platform and editing on Adobe Premiere CC, it looks like Alienware is going after the high-end Mac Pro market with their new, triad/hexagonal Area-51 PC. It’s a radical design that Dell (the owner of Alienware) is confident will give users a high-end machine, that can not only keep up with the Mac Pro’s performance, but also be as cool with its clever, futuristic design.

You demand the best systems on Earth. Ever since our inception, Alienware has strived to deliver incredible gaming performance without sacrifice and without compromise. You've never seen anything like the Alienware Area-51. We reimagined this system from the inside out, and it performs true to our legacy of excellence. It's a perfect convergence of power and design. – Alienware.com 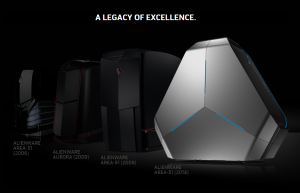 Originally designed for high-end gaming, the Area-51 design has evolved into something that resembles what it’s essentially been named after… a UFO.

With super cooling to handle ultra high definition gaming, the Area-51 triad design has been worked to provide optimized thermal management with an ergonomic design (which is just a buzz word, frankly because ergonomics are meant for the comfort of those using them; a chasis isn’t uncomfortable unless you’re sitting on it). But because the heat is vented out of the angular sides, users can push the Area 51 up against the wall and not cover up any airflow whatsoever.

The chasis also has an easy access front I/O panel and grips to pivot and reach any rear ports a user needs. Open entryways make it easy to perform upgrades or add modifications. It really does look like the interior of the engine room in the Starship Enterprise with angular drive mounts that take advantage of every millimeter of free space without causing airflow restriction.

The Area-51 will also take advantage of Intel’s new 8 core Haswell i7 processors that have been overclocked with an Intel X99 Express chipset, and and 2133 Mhz DDR 4 memory. That’s going to generate a lot of heat, but while the Mac Pro uses a central core cooling design, the Area-51 comes liquid cooled.

The Area-51′s GPUs can drive up to three ultra high definition 4K monitors and offers a stunning??11520?2160 resolution across all three. It can accomodate three full length double wide graphics cards, or quad GPUs without having to compromise performance. Key Specs include:

The bottom line is that the Alienware Area 51 is designed for their prime demographic …. the high end gamer who has money to burn. But you can easily see the professional advantages of using such a system for an ultra high definition post-production workflow. Scheduled to be available next month, but Alienware is a bit mum on price points.