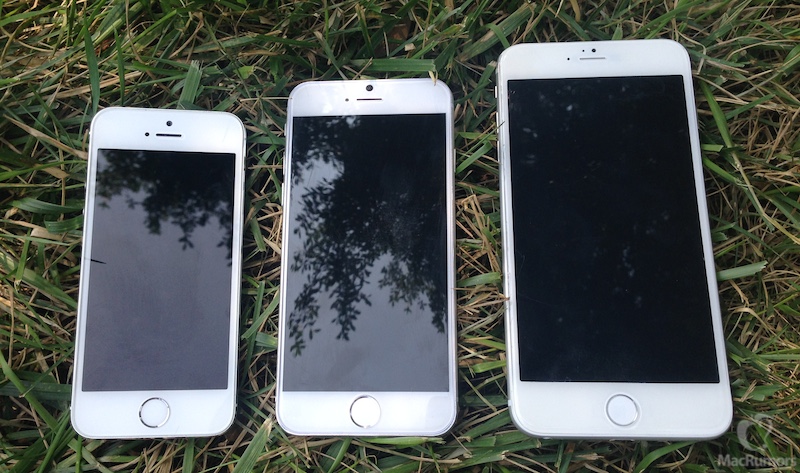 Apple plans to launch the iPhone 6 next month at their annual fall event on September 9th. And the “big” news is that we may finally get what users have been screaming for… not one, but two larger-screen versions with a faster processor, and heaven knows what else.

Apple has scheduled a big media event for Tuesday, September 9. As with September events past, the focal point of this one is to be Apple's next-generation iPhones, which are expected to feature larger displays of 4.7 and 5.5 inches, and run speedy new A8 processors.

Now if this was the Steve Jobs era, I’d be automatically discounting this as nothing more than idle “iFan-boy” speculation or Jobs looking to plug a few leaks. Jobs was notorious for telling numerous executives and suspected employees different stories and then following each story to see which one leaked. The one that got out would be the mole and he or she would get fired. But lately, in the Tim Cook era, the rumors have been spot on, either indicated a casual comfort with leaking details as a kind of trial balloon, or Cook merely just not caring since rumors are rumors, and Apple’s policy is just to not comment, period. Either way, we’re hearing some good ones about the iPhone 6.

Since this will be the “tick” on the Apple development cycle (meaning a major hardware update followed by a “tock,” or minor refinements a year later), Apple will be introducing some major new features, and that means we’re going to be finally seeing larger screens. Re/Code says that Apple plans to announce both a 4.7-inch and 5.5-inch iPhone 6. And that’s another reason to believe this is legit, since Walt Mossberg and his cadre of ex-WaPo techies are almost always right when it comes to Apple and the iPhone.

But will we also see Apple keeping either the iPhone 5S or 5C at a lower price for a budget model? As history indicates, that likely will be the case, and there will then be three different size iPhones for users to choose from this Fall.

The new iPhone 6 (although I’m kinda tempted to think that Cook will finally do with the iPhone what he did with the iPad and just call it the “iPhone”), will also sport a new A8 processor (although one report hints that the smaller next-gen iPhone may keep the A7); maybe an upgrade of the iPhone 5S sub-motion M7 processor; a better camera; and, according to Apple insider, perhaps a 2100 mAh battery, which should provide a 46% increase in battery life over the iPhone 5S. And that’s really gotta be a must, since if there’s a larger screen, there’s more demand on the battery, but also because frankly, I haven’t really been all that impressed with the 5S battery life since iOS 7 was adopted.

iOS 8 is expected to officially debut, as well, likely ‘shipping’ when the new iPhone’s go on sale. Given the history of announcing a new iPhone and the actual release, we suspect that will be within a week to 10 days. We also bet OS X Yosemite will ‘ship,’ as well, making it a busy month for Apple.

Apple could also showcase a new Beats headphone, to give hype to their new purchase in time for the holidays. Cupertino could also announce a new iPad, a refresh of Apple TV, and maybe that elusive iWatch. We’ve been waiting ?for the hardware to show up this time around?since the WWDC sneak preview of iOS 8 contained a host of health and fitness features. And who knows what else?

But would Apple want a new iPhone to get lost in the shuffle? Especially since they’ll have to hit the ground running to compete against Samsung’s expected announcement of a Galaxy Note 4 the week before. Our best guess is, as Apple has been doing of late, they’ll do a separate presentation of new iPads and more later in the fall, like October.