How to Nail Your Final Week of Crowdfunding 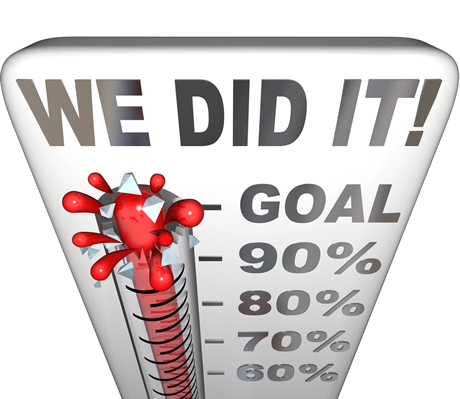 Tips may help get your campaign over the top.

During the last week of your crowdfunding campaign, you may feel that you’ve never been so close, but also so far away. Will you make it? It may not be such a heavy question if you’re doing flexible funding on Indiegogo, but the all or nothing approach on Kickstarter may have some thinking that it may be all for naught if they don’t deliver the goods in the last week. Well, one crowdfunder offers a tip that may help you get your goal over the hump.

Crowdfunders commonly overlook the importance of a strong finish, and, as a result, fall short in their long-term goals. So, as your campaign gets ready to wrap up, know that there's still time to reach your Crowdfunding goals before it's all over. - Michael Ibberson, CrowdClan

Michael Ibberson of CrowdClan says that most campaigns focus on the launch and rarely on the end, where the goals are either made or broken. And while it’s great to plan ahead and line up key supporters to hit the ground running, if your campaign stalls at 80% it can be all for naught. What Ibberson recommends is to try to categorize your donors during the soft launch phase like this …

Ibberson says you want 80% of your donors to fall into the donating range. Get them to step up during the hard launch. This will give your campaign momentum as you head towards the end. But you also want to have what he calls “your ace up the sleeve,” in the final week. Hold your biggest donors in reserve for that time which will help you get over the hump or to restart a stalled campaign. This may have been what LaVar Burton did with his record setting Reading Rainbow campaign, when fellow actor/producer Seth MacFarlane donated $100,000 to the cause. It also allows you to get the notice or blogs and social media that can take that momentum further.

To truly encourage your inactive followers, let your big fundraisers come out to play. The size of these donations needs to be substantially higher than the average contribution for this effect to work to its fullest. It's a matter of publicity – these large donations persuade others to get involved?…

I’d also say this is where you can introduce newer, more attractive rewards. As time got close on Freddie Wong‘s VGHS campaign, he started adding rewards to get people carry them over their goal, but to also stretch their goal to newer heights. And that worked great to bring back donors who were more likely to donate more than once.

This will also give you the freedom to court your inactive supporters. As you reach out to them, you will be able to parlay the momentum a big donation plays to generate activity, no matter how small, from inactive donors as you encourage them to get you over the hump. Then, as the campaign winds down, do not forget to say thank you. You can draft a generic press release and a mass email, but don’t underestimate the impact of a private contact to show your appreciation. This will continue to relationship beyond this campaign and set them up for supporting your next one as a member of the team.

The post How to Nail Your Final Week of Crowdfunding appeared first on Doddle.