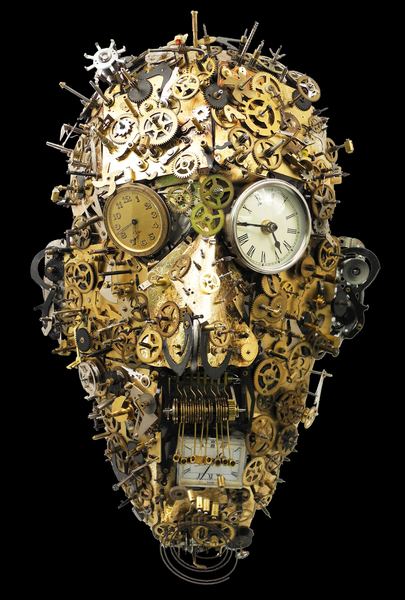 Larry Agnello grew up on the north shore of Long Island in New York. In 1986 Larry graduated from Hofstra University in New York with a BS in Graphic Design and a minor in Photography. At Hofstra he also had the opportunity to study painting with Stanley Twardowicz, a well-respected New York artist and good friend of Jack Kerouac. He also studied sculpture with renowned artist David Jacobs. Larry has worked as a Graphic Designer for over twenty years, designing book covers for a New York publisher for 15 years. During a trip to Africa in 1989, Larry spent eight months backpacking through several East African countries. Doing volunteer work in different villages   The trip also produced thousands of photographs which are, to this day, the source for much of his artistic inspiration. In 2008 he relocated to Indianapolis, and re-dedicated himself to his sculpture, painting, and wood carving. In the midwest, his art has been featured at the Renaissance Fine Art Gallery in Carmel, IN, and his sculptures have won 2012 Featured Cover Artist of the Month for Grumbacher’s THALO online magazine . 2nd Place, 2013 Carmel International Arts Festival Mayor's Award, 2014 Carmel International Arts Festival Best in Show Runner up, 2013 Penrod Arts Fair, Indianapolis Art Museum Best in Show, 2013 Hatch Art Festival, Champaign, IL Best in Show, 2013 Deja Vu Art Festival, Columbus, IN Featured Artist in the April 23, 2014 edition of the Indy Star Featured Artist, 2014 Indiana Landmarks Rescue Party 2014 Best in Show & People’s Choice Award, Art Sanctuary in Martinsville, IN. Art League of Long Island Award of Excellence, Sculpture, 2016 See more of Larry’s art at www.assemblique.com.

My Gallery Each square below represents a collection of artworks. Click to view.