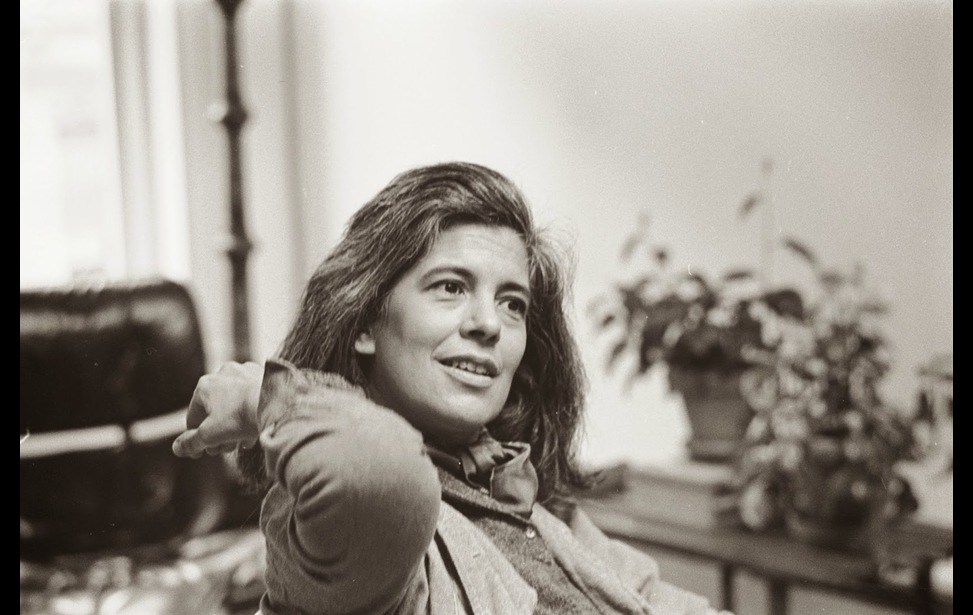 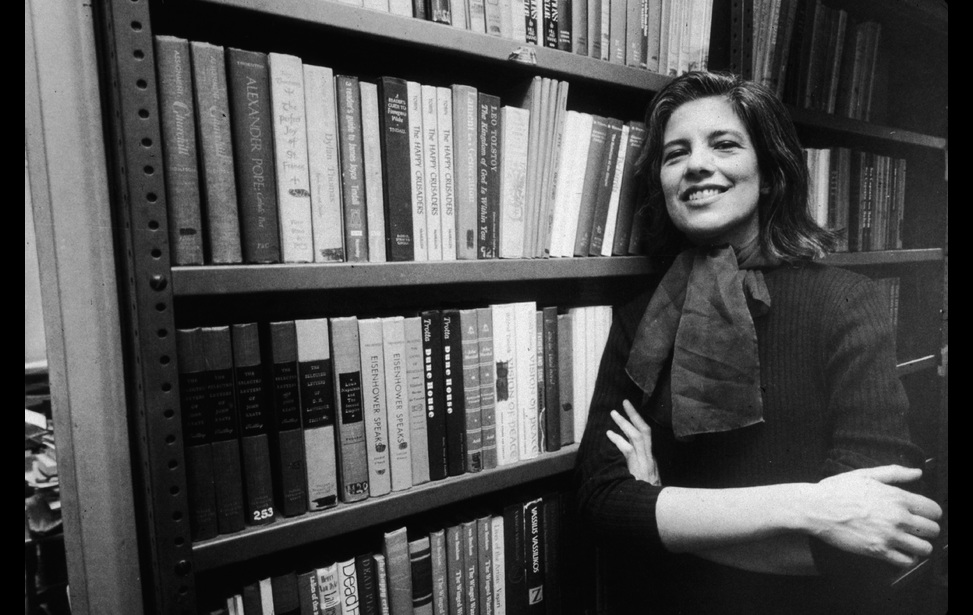 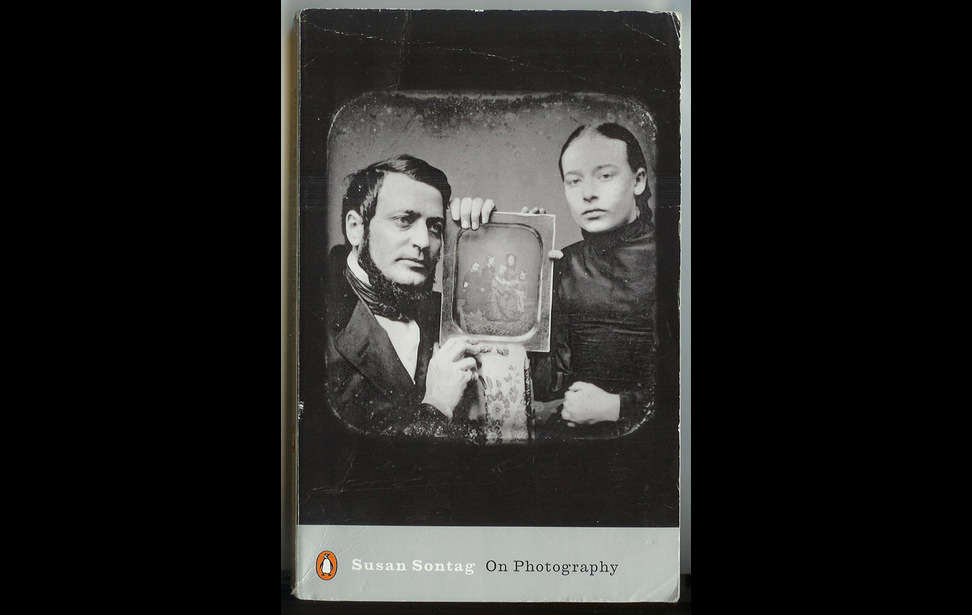 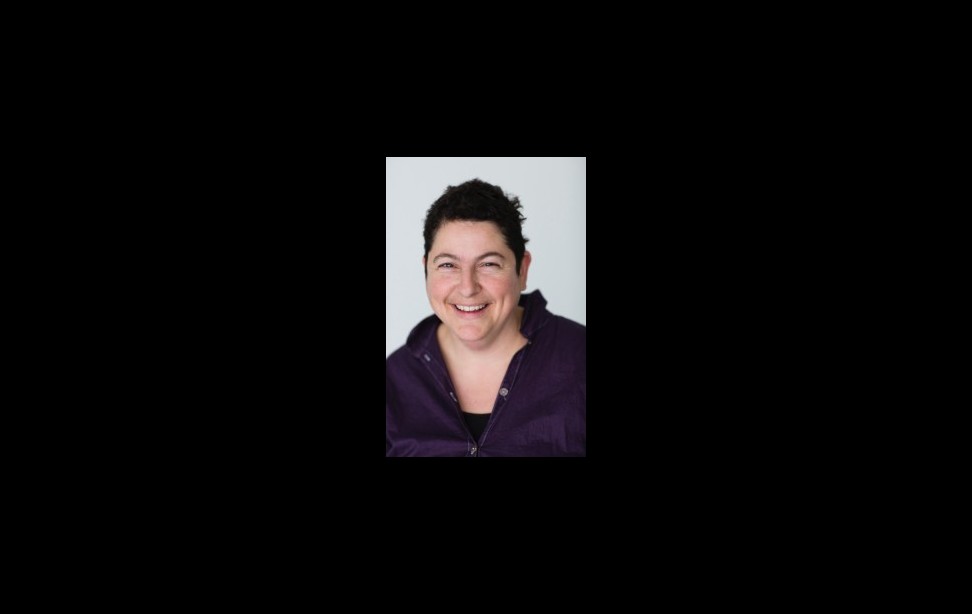 NEW YORK, NY - It's been a decade since writer, activist and cultural critic Susan Sontag succumbed to illness at age 71, and sadly not as metaphor. She was the thinking gal's celebrity, a rare species that spread its wings in the Sixties and kept aflutter for several decades. Now, 30 years after first falling for this artsy, intellectual icon who herself made visual media, filmmaker Nancy Kates is basking in a spotlight of her own with the Tribeca Film Festival premiere of her documentary Regarding Susan Sontag (as seen in photo 1).

Kates, like many young sophisticates in the 1980s, stood up straighter and opined louder thanks to Sontag and her prolific works. The best known of the late Manhattanite's canon include On Photography, Against Interpretation, The Way We Live Now and Illness as Metaphor, though it was her 1964 essay "Notes on Camp" that put Sontag on the map (as seen in photos 2 and 3). What kept her there was a hyper-articulateness about her many high and low passions and a globe-spanning appetite for engagement. Never mind that she concealed her sexuality despite popular hunches about it. If ever a woman embodied confidence, cojones and critical prowess, Sontag seemed that lucky soul.

Regarding Susan Sontag, which will air this fall on HBO, earned a Special Jury Mention at Tribeca. It's not the first time the San Franciscan filmmaker has garnered kudos: her feature-length documentary Brother Outsider: The Life of Bayard Rustin also brought home prizes, as have other Kates titles. But there's a certain irony to this latest confidence booster. For all her subject's apparent bravado, Kates strips the myth to reveal a considerably shakier Sontag than her acolytes may have imagined. Comentators from critic Wayne Koestenbaum and editor/writer Don Levine to Sontag's lovers and relatives give their takes alongside period stills and footage and a heady brew of computer graphics. The film was eight years in the making, and well worth the wait. Kates (as seen in photo 4) granted thalo.com her first interview at Tribeca regarding Regarding.

thalo: In focusing on Sontag's personal life with side excursions into her ideas, were you being cautious not to make a film that'd mainly appeal to eggheads?

Nancy Kates: We tried to get as many of her ideas in the film as possible, but it's not a book. The people who don't know about Susan Sontag vastly outnumber those who do. Of course I want the people who know about her to find new things here. Unfortunately, film is an easier medium to tell a biographical stories than to go into detail about philosophical ideas. It was always my fear that people would dismiss it because it wasn't a book.

th: This isn't a typical HBO documentary. What were your thoughts about bringing the material to a general audience?

NK: The film is for college students. I meet a lot of college students or people under 40 who have never heard of Susan Sontag, never mind never read about her. We were constantly wondering, Is this too high brow? Is this too low brow? If we refer to an 18th-century philosopher, do they know who that is? They don't know who Kant is, so how do we tell a story? It's a very complicated thing to make a film about an intellectual in a country where people are getting less and less intellectual all the time.

th: Who's the sweet spot of whom you're aiming for?

NK: Tough question. I have a joke that we need a lesbian cancer survivor who's Jewish who lives the Upper West Side and is obsessed with photography -- that would be the ideal person. But there are a lot of entry points into this film. Yes, it's about an intellectual. Yes, it's about someone who was not your typical American. But the French love Susan Sontag. There's a lot about illness. There's a lot of stuff about war, so people who are interested in human rights issues and war and peace might be interested in this film. The photography people. Movie buffs. So a lot of people.

NK: To me one of the most interesting things in this movie are the pictures of her when she was three. Everyone thinks that Susan Sontag was like Athena, who sprang fully formed from Zeus's head. She woke up one day as she was graduating from University of Chicago. That's not actually true. She really tried to pretend that she didn't have a family of origin, that she didn't have roots, that she didn't live anywhere besides Manhattan, but none of these things were really so. My hope was to show the Susan Sontag whom people didn't know as opposed to the one whom they did know.

th: What were your biggest surprises?

NK: I was interested in exploring the difference between this very bold and out-there public figure and the real person who she was. The real person was kind of elusive. I spent a lot of time with her diaries, both at UCLA and the published diairies. Susan Sontag was as insecure and neurotic as the rest of us. I didn't want to dwell on it in the film, but I was really interested in the dichotomy. She really wanted a total break. She was a different person to different people. That's the opposite of who I am. My part of this doesn't matter, but there was something interesting to me about the ways that she had this public persona that was really an act and the pain that this caused her. There was a huge gap between this forthright person and then this woman who spent 200 pages of the published diairies mooning over this lover who broke up with her, for example. In America we so idolize our public figures in these ridiculous ways that this tension is intrinsically interesting.

th: It's astonishing to see that till the end of her life talked about herself as a failure.

NK: Why she felt the need to do that is so sad to me.

th: In a strange way, did this liberate you in taking on your idol?

NK: She wasn't good enough for herself and no story about her would be either. One of the difficulties for me in making a film about someone who was always trying to raise the bar on everything and on herself was that I knew that whatever film we made would never be good enough for the ghost of Susan Sontag, ever.

th: You don't think she'd like Regarding Susan Sontag?

NK: No, she would be completely dismissive of this, I think. She hated biography. She apparently once sat next to Justin Kaplan, the Pulitzer Prize-winning biographer of Mark Twain, Walt Whitman and Lincoln Steffens. He was being honored at this dinner, and she spent the whole evening telling him what a crock biography was. So she would not have much appreciated this film.

th: As someone who had a lot to say about aesthetics, might she have liked the look of the film if not the topic?

NK: We we worked hard to make it beautiful. It was important to me that people would have an aesthetic experience of watching. I hired a brilliant graphic designer, Dave Tecson, who did the really cool stuff.

th: What were some of your visual inspirations?

NK: One was the collages of Lewis Klahr. I saw a film that he made in the late 80s called Her Fragrant Immulsion. It's about his obsession with this B-movie actress named Mimsy Farmer. I thought, Can we just put Susan Sontag's face in there instead of Mimsey Farmer's? I didn't know Lewis from Adam, but I got in touch with him and asked if he'd be willing to do this. He doesn't do this kind of collage work anymore; he had developed this technique in the 80s. I thought it was so perfect for Sontag and for the idea of deconstructing the film. It feels like you put the film into a blender and that's what came out. Even with the photographs -- to warp them and put sand on them and do all these things to mess them up. I spent a lot of time on this.

th: How did you come to the idea of composing images with letters?

NK: I went to Prague in the middle of making this film. So I decided to read about the animated clay creature called the Golem. I went to the library and got five Golem books out, all in the children's section. There was one that Elie Wiesel had written where all the illustrations were made out of Hebrew letters. If there was a house, it was drawn from letters. I thought, That's what Susan Sontag is: she's made out of letters. That whole thing with the animation came from going to Prague and reading a book about the Golem.

th: And how about the water motif?

NK: Sophie Constantinou, my DP was like, "You gotta get a fish tank." I'm like, "Really? I have to buy a fish tank?" She says, "Buy a fish tank." Sontag has this protean quality, so all the stuff we did in the water where it's all very wavy -- some of it was done projecting onto fabric -- the water has this metaphoric quality for her that she did change a lot. She morphed into different things: she became a filmmaker and then she wrote fiction and she went away from fiction and she became an activist.

th: What prompted the many images of Sontag's face?

NK: People accused me of being too obsessed with her face. I think that she was icon, so we had to show her her face and look around the edges a bit.

th: What do you want people to take away from the film?

NK: I hope people will take a new look at Susan Sontag and maybe go read some of her books. There's some way in which this film is a little bit of a rear guard action for a world that was before all of this stuff that we have now.

th: And what do you think Sontag would want to say to us were she here to do Q&A?

NK: I think Susan Sontag wanted us all to raise our bar, to step up our game, to be more involved with the world and our lives -- and not to spend time playing video games, but to do something with our limited human existences. She'd probably say, "Get out of the theater and go do something!" She loved movies, though...

Photo 3: Cover art of "On Photography," courtesy of Penguin Books.