Her: A Spike Jonze Love Story 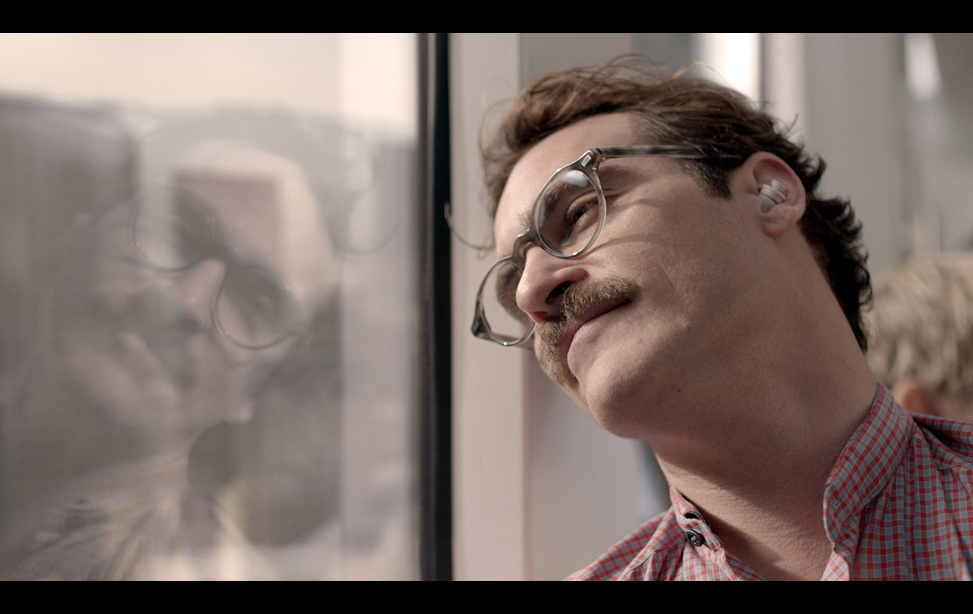 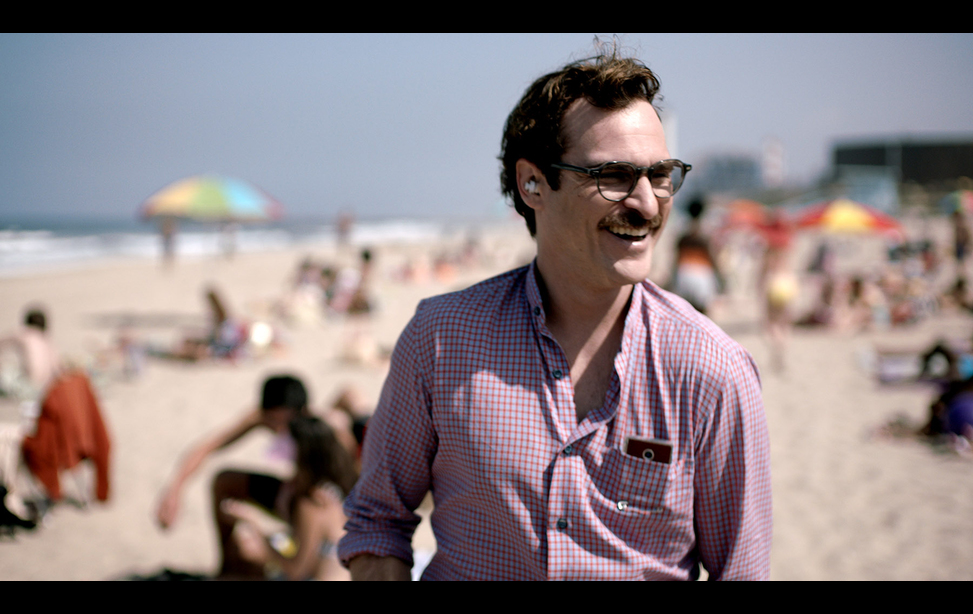 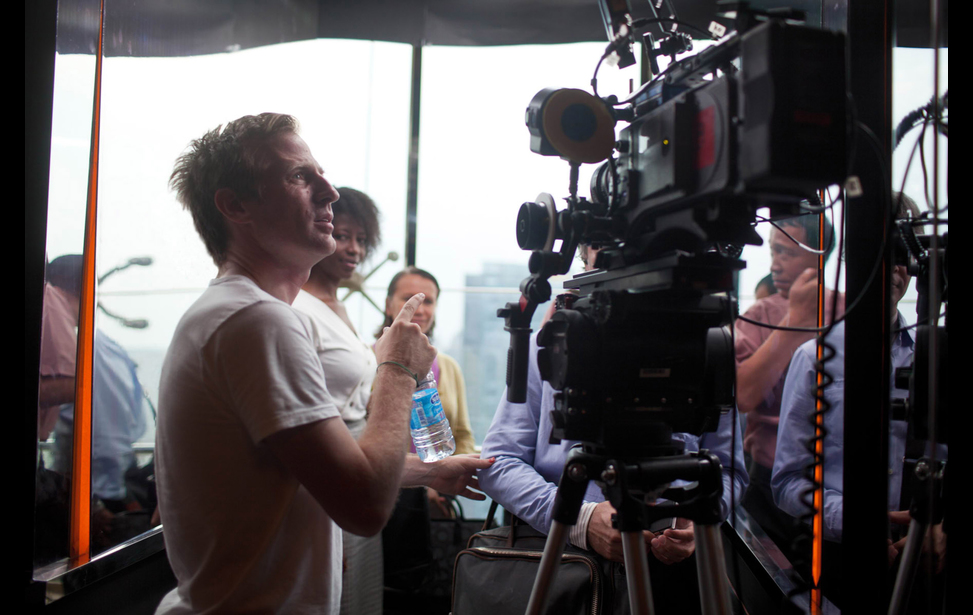 As believers can attest, God need not appear in the flesh to be the number one relationship in their lives. Surely what goes for Him can go for Her. The heroine of Spike Jonze's new film is as disembodied as The Almighty and potentially about as omniscient. What's not to love about an ethereal spirit with a voice like a goddess played by Scarlett Johansson?

Unhappily separated from his wife (Rooney Mara), lonely Theodore is especially vulnerable to Samantha's seductions. And then there's his blind date with an enchantress (Olivia Wilde), who turns out to be so anxious and needy she all but puts him off flesh-and-blood entanglements.

If Theodore's love life has taken a dive, so too has his career. The erstwhile journalist now cashieres his words and feelings for the benefit of customers whose love notes he ghostwrites at BeautifulHandwrittenLetters.com. Welcome to the future of emotional literacy.

Set in Los Angeles of the next digital era, Jonze's sci fi tale scans the horizon of relationships and hacks the concept of intimacy. Phone sex with Samantha is so good that the screen swoons to black as Theodore climaxes with her. Soon you see him on a romantic Sunday getaway locking hearts, if not hands, with Samantha. In her rapture, she composes music "about what it feels like to be on the beach (as seen in photo 2) with you right now," after drawing a picture "of what anal sex would look like if your anus were in your armpit." No wonder Theodore is falling for her: she's not only in sync with his stirrings, her sense of humor has been programmed by Spike Jonze.

It's quite a step up from moping around the apartment rehashing his marriage and playing a video game with a foul-mouthed avatar (however hilarious). Samantha even serves as a handmaiden to Theodore's creative life as she culls the best of his digitized writings for a book. Finally, a girlfriend who is devoted without crowding his space, whose intuition is spot on, whose mothering doesn't smother.

Her gets you thinking. Is a real relationship with a real person better than a virtual version that delivers greater connection and fulfillment than neurotic humanity can muster? Will love in the time of sentient bots mean never having to say you're sorry for remaining autonomous? Does a voice-only romance preserve the intrigue of fantasy while dodging the doldrums of a hidebound partner?

The dream of finding both trust and adventure beyond the confines of the familar stands to resonate with more than a few viewers in committed relationships. Unlike Jonze's more quixotic mind trips such as Being John Malkovich and Adaptation, Her marries visionary hi jinx to human emotion and remains a heady yet relatable drama throughout. Here's hoping Jonze (as seen in photo 3) will continue directing his own scripts, as he did for Her.

In Joaquin Phoenix he finds the ideal vehicle for bringing Theodore to cosmic life. Audiences accustomed to his chiller, more pugnacious register from such films as The Master or Walk the Line may be surprised to discover the sunny, gentle temperament Phoenix plays up alongside scenes of melancholy and despair. There's even something cartoony about Theodore, as if he had gotten personal grooming tips from Mr. Potato Head. Whether dictated by fashion or quirk, he sports nerdy spectacles, a mustache and high-waisted pants, all the better to hide behind and to help keep reality at bay.

The film's production design adds to the fancy. As Samantha increasingly fills Theodore's void -- and as she evolves a growing repertoire of feelings -- the scenery positively basks in the glow of their techno affair. "Jamba Juice" colors were used to suggest a "utopian" feel to the futuristic setting, Jonze noted at the press conference for the New York Film Festival, where Her had its world premiere. Fusing exteriors shot in L.A. and Shanghai further stoked the vibe, he said, while highlighting a blunt irony, "To be lonely in that setting is even worse."

Small wonder the picture is called Her and not Them. Anyone who has ever dared to develop as an individual while in a monogamous union will fathom the fears this Pygmalion variation taps into. Can you follow your destiny without outgrowing your partner?

"Falling in love is a form of socially acceptable insanity," Theodore tells his best friend (Amy Adams) as her marriage crumbles. That cautionary note jangles across the film's subtitle: A Spike Jonze Love Story. For two bracing hours, America's most subversive, original and talented auteur lays out his anxieties about intimacy. And you and your date are invited.

Photo 1: Joaquin Phonenix as Theodore Twombly in "Her," courtesy of Warner Bros. Pictures

Photo 2:  Joaquin Phoenix as Theodore Twombly on a romantic beach getaway in "Her," courtesy of Warner Bros. Pictures.

Photo 3:  Spike Jonze on the set of "Her," courtesy of Warner Bros. Pictures