Getting Green on White Slopes 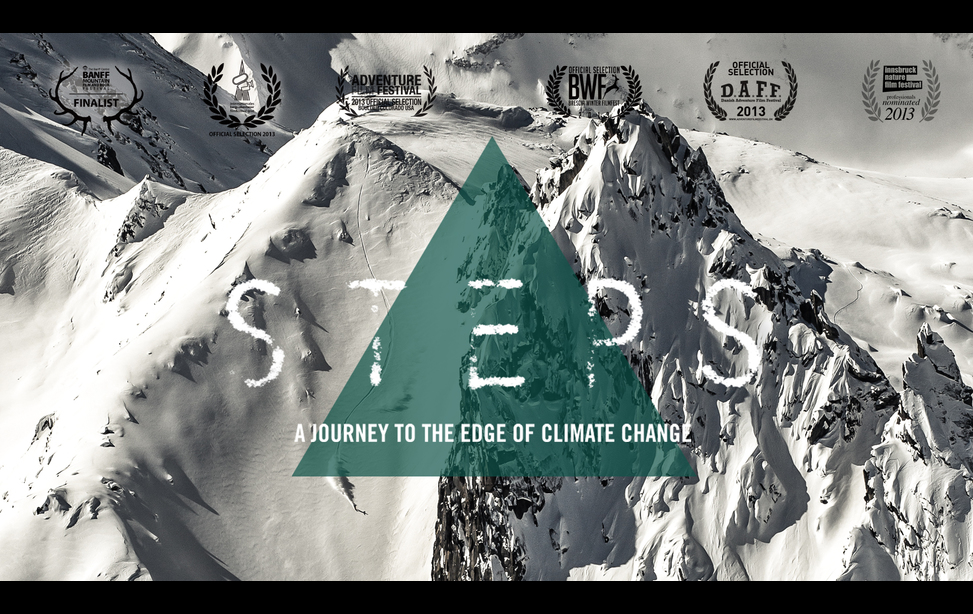 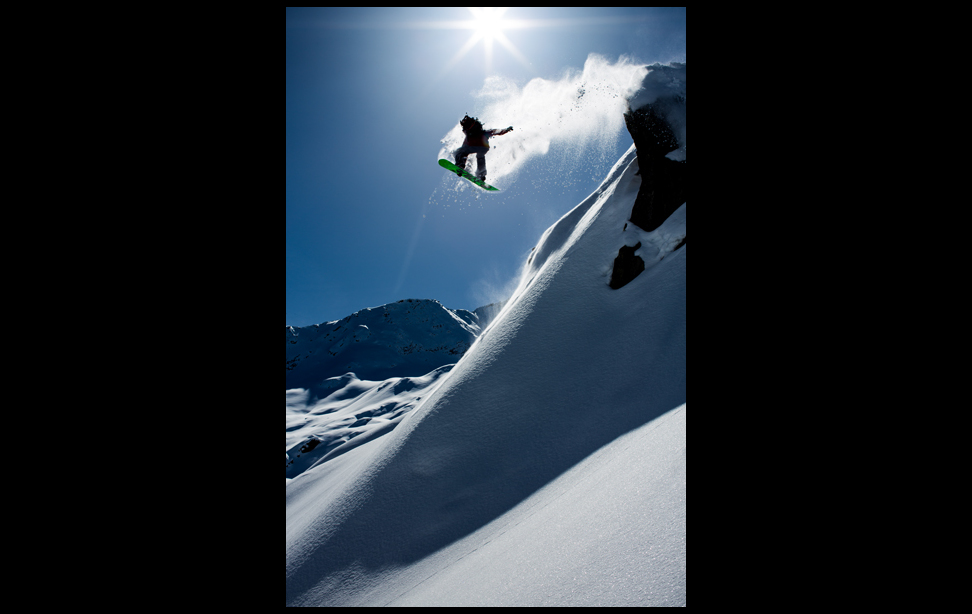 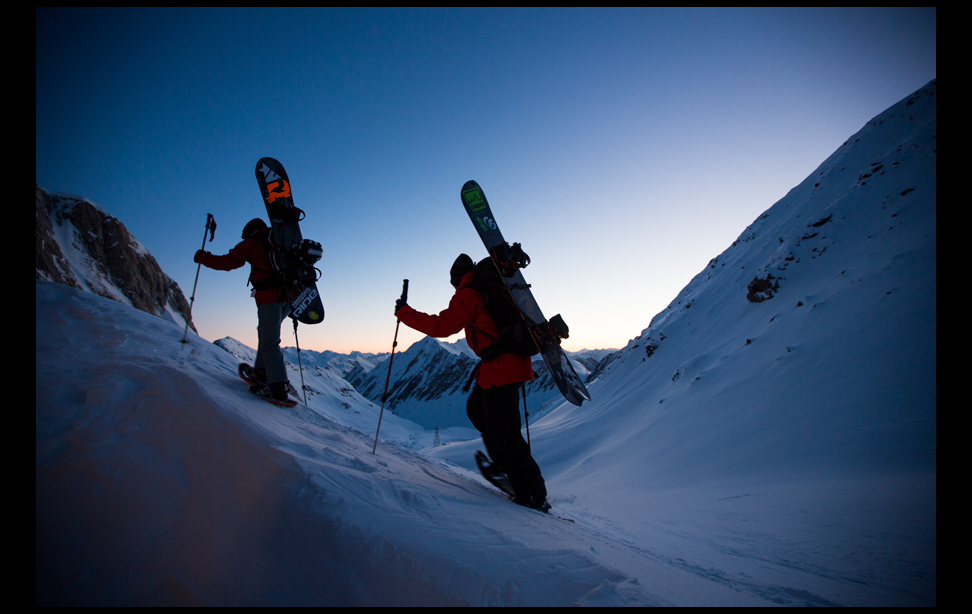 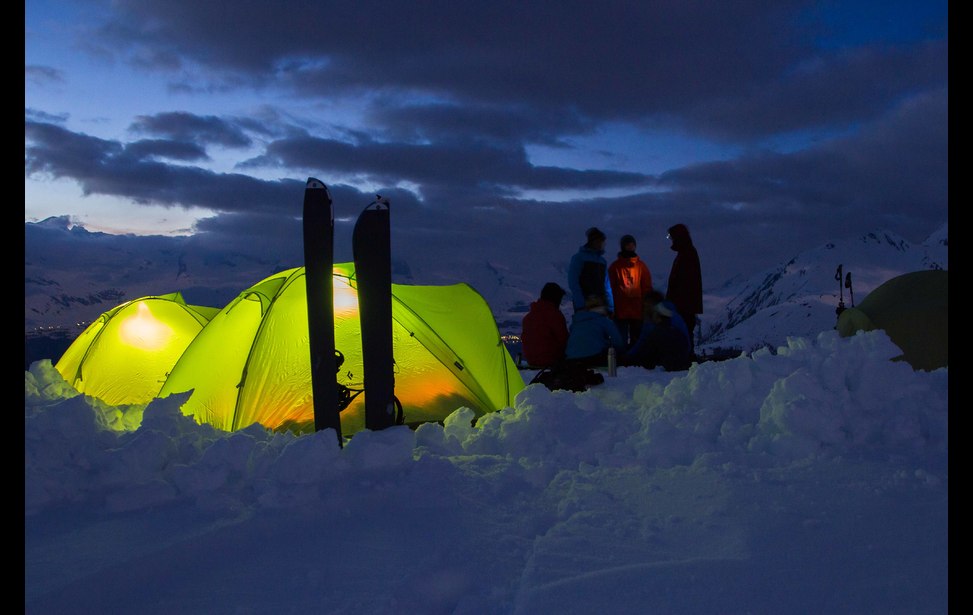 BERN, SWITZERLAND - Ever wondered how much carbon goes into making a high-action winter-sports film? According to Ride Greener, producer of the latest carbon-neutral ski and snowboard film STEPS (as seen in photo 1), it’s about 50-60 tons of carbon. Finding ways to make outdoor sports films a carbon-free enterprise is not a new idea, as most outdoor enthusiasts have good reason to be environmental activists. However, it is a rather new approach to making ski/snowboard films. In the industry of ski and snowboard films, using helicopters to get flyover shots on the highest peaks of the world has long been the norm. Not all ski scenes have to use helicopters to make humans look like they can fly, and the new film STEPS demonstrates that even snowboarding in remote mountains doesn’t have to leave a carbon footprint.

Snow sports enthusiasts (as seen in photos 2 – 4) are invested in climate change—after all—their own playground is in jeopardy. In “STEPS, a journey to the edge of climate change”, the team snowshoes up powder-drifted mountains in the Alps loaded with snowboards and cameras. They film just one descent per day:  a lot of effort for one line. Flyover shots were carefully planned with the use of paragliders, and any remaining carbon-emissions were offset by support from projects at myclimate. In contrast to the world-traveling Jeremy Jones’ trilogy of snowboarding films Deeper, Further, and Higher (produced by Teton Gravity Research and also advertised as carbon neutral), the Swiss-based team from STEPS decided to stay closer to home in order to exclusively use public transportation.

The release of STEPS is also a novelty in its field because it isn’t your typical mountain-glorification ski film: it features interviews with well-known climate scientist Reto Knutti and glacier guide Martin Nellen, who present the concrete facts on climate change, energy use, and recession of the Aletsch Glacier in Switzerland. It goes home with an eco-conscious snowboarder who advocates for a more sustainable lifestyle, and shows how he hand-sews his worn out gloves, uses solar power at home, turns down the heat and wears extra sweaters, and gets where he needs to go with public transport.  Throughout the entire film, it is striking that the message of taking action against climate change is conveyed by example. STEPS admits that it takes a lot of effort to hike up to a summit with a heavy board and camping gear, and filming the whole thing requires more planning if you don’t want to have a carbon impact. However, the film also shows how there is some glory in the struggle: you can leave with a bigger sense of accomplishment when you push yourself to the limit – in every part of life rather than just during one spectacular descent.

Watching the film does, in fact, succeed in making you quite green—partly from jealousy—as you watch breath-taking footage of snowboarders somersaulting off bright-blue glacier ice and flying off rock precipices. But, it also manages to make you think about how we can keep carving lines in the snow while leaving less of a carbon footprint.