The 2013 Boston Globe Horn Book Awards: a celebration of excellence in children's literature 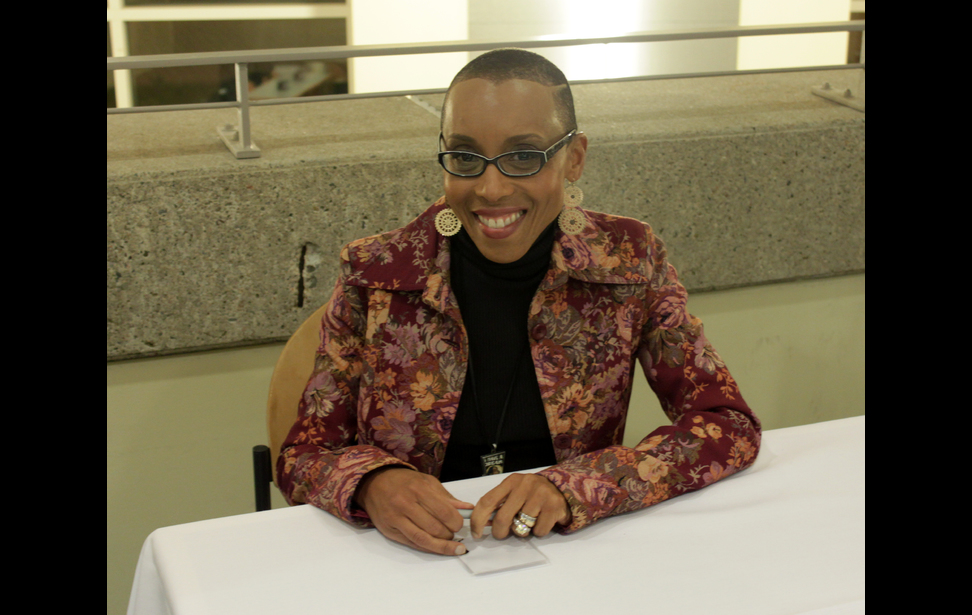 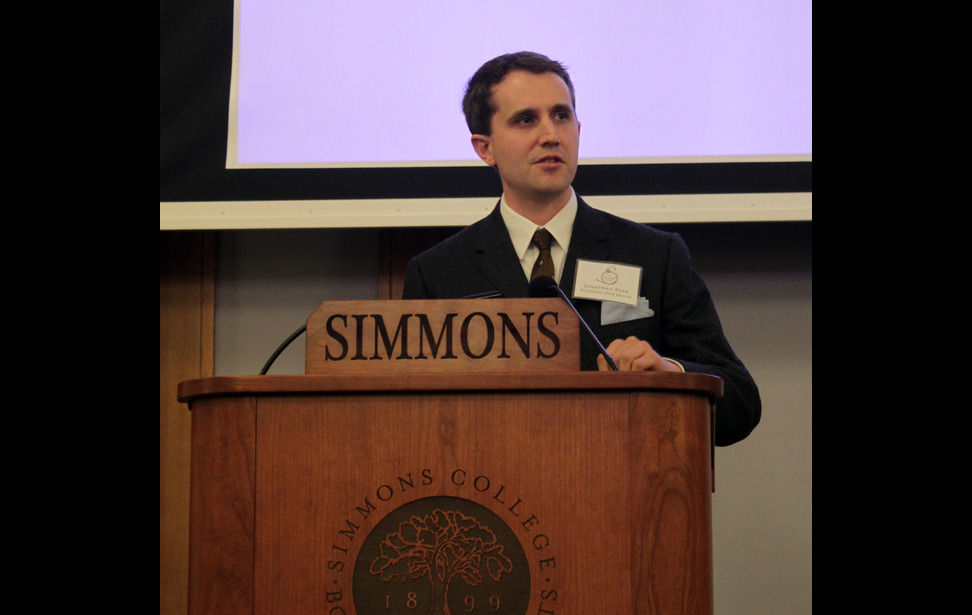 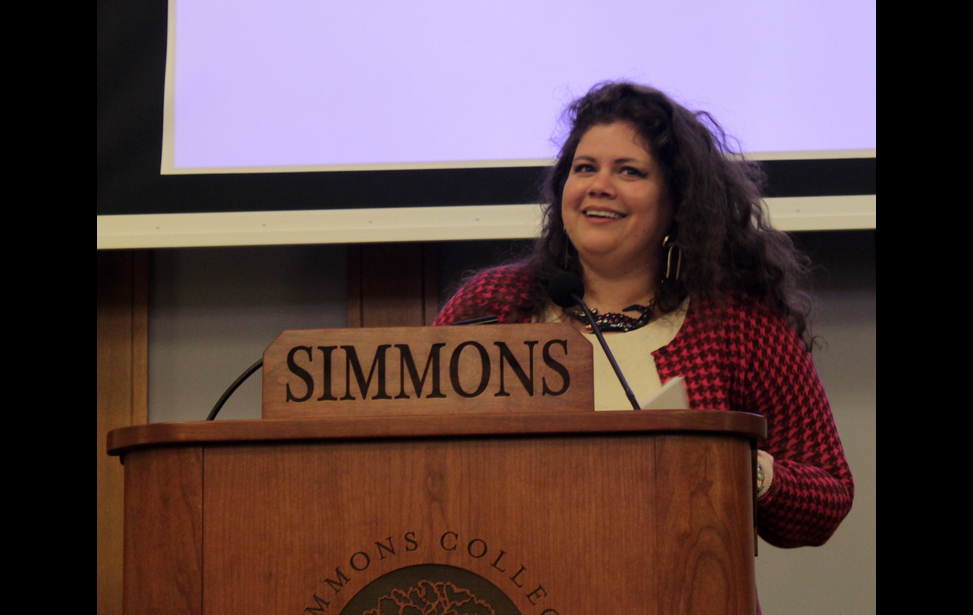 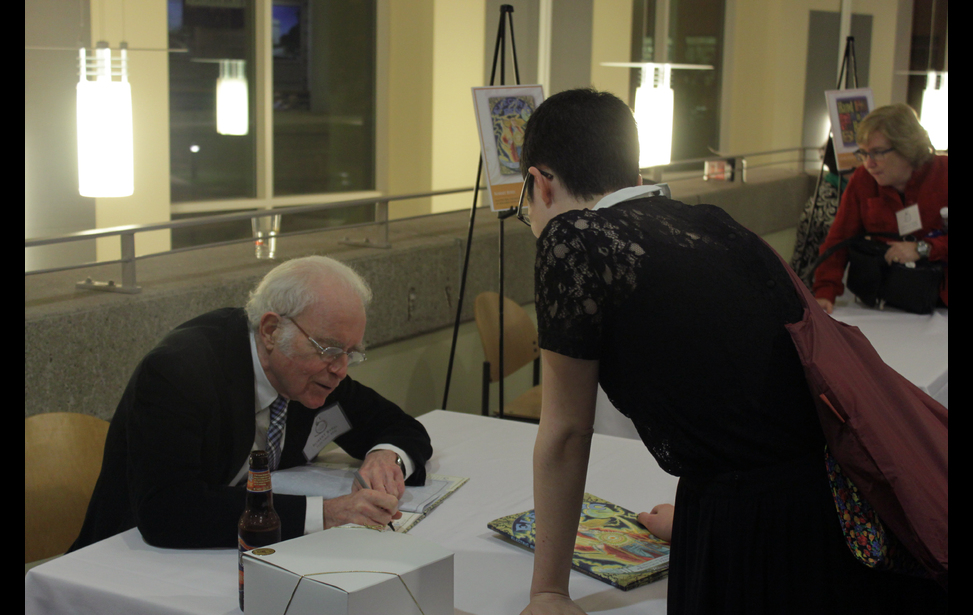 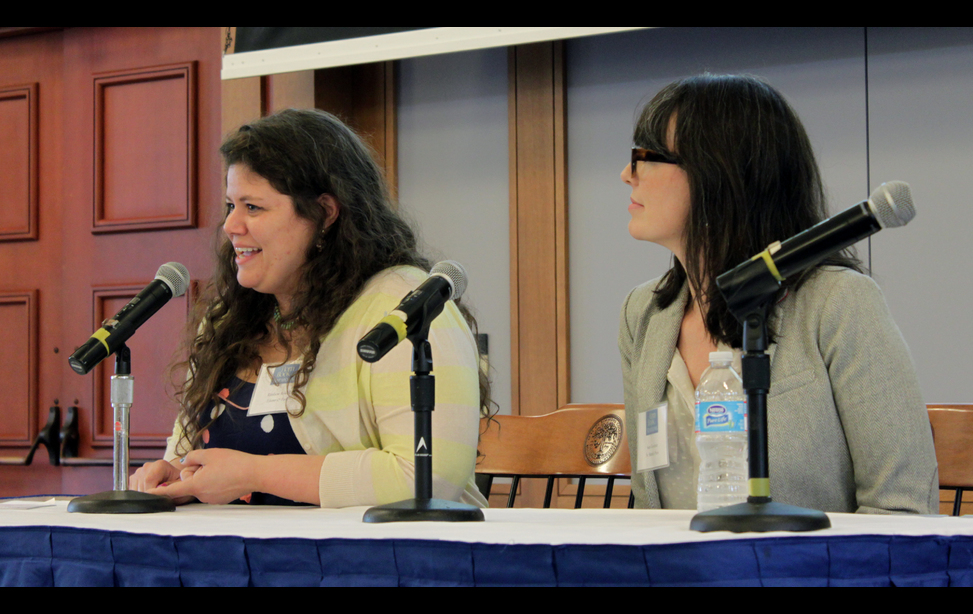 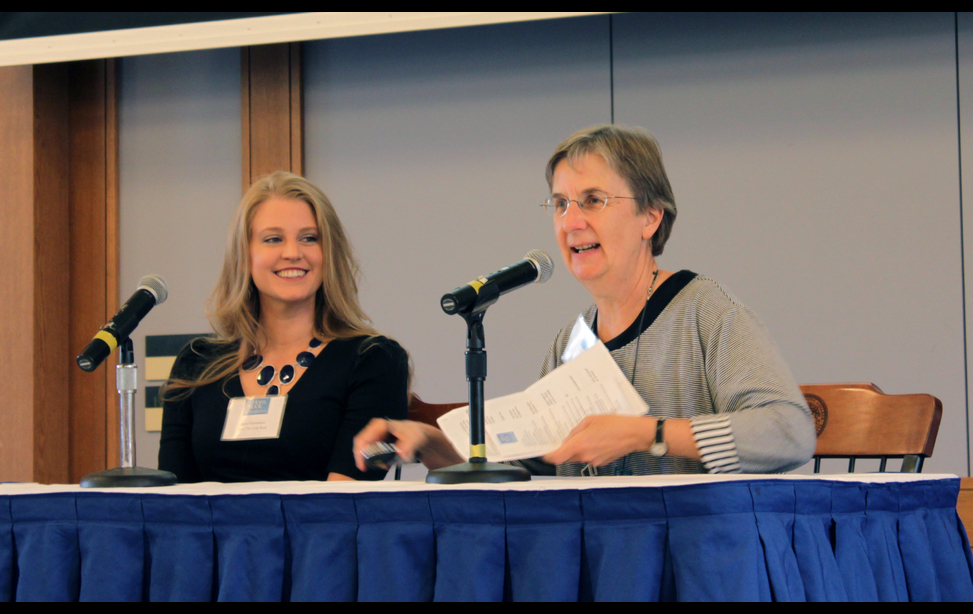 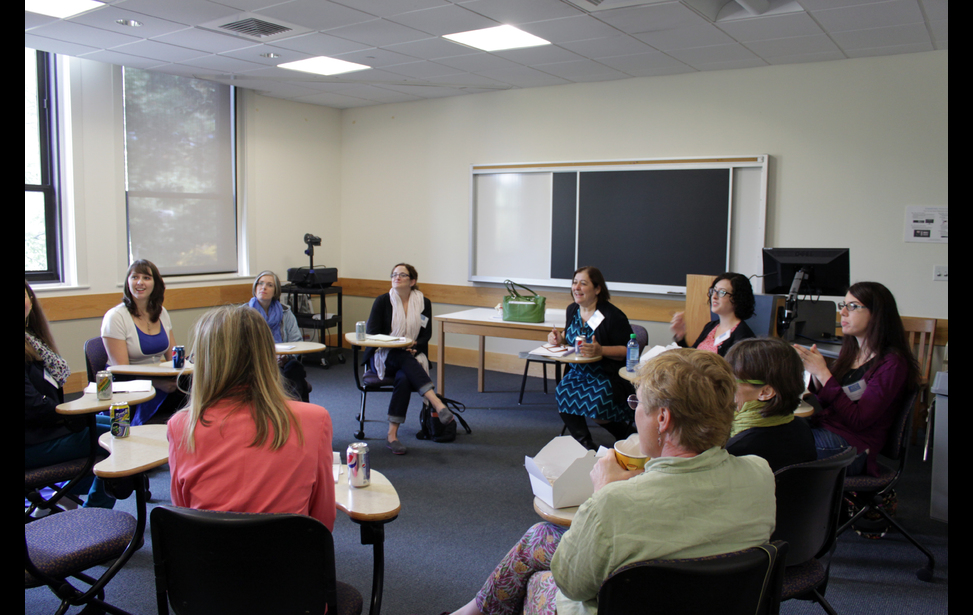 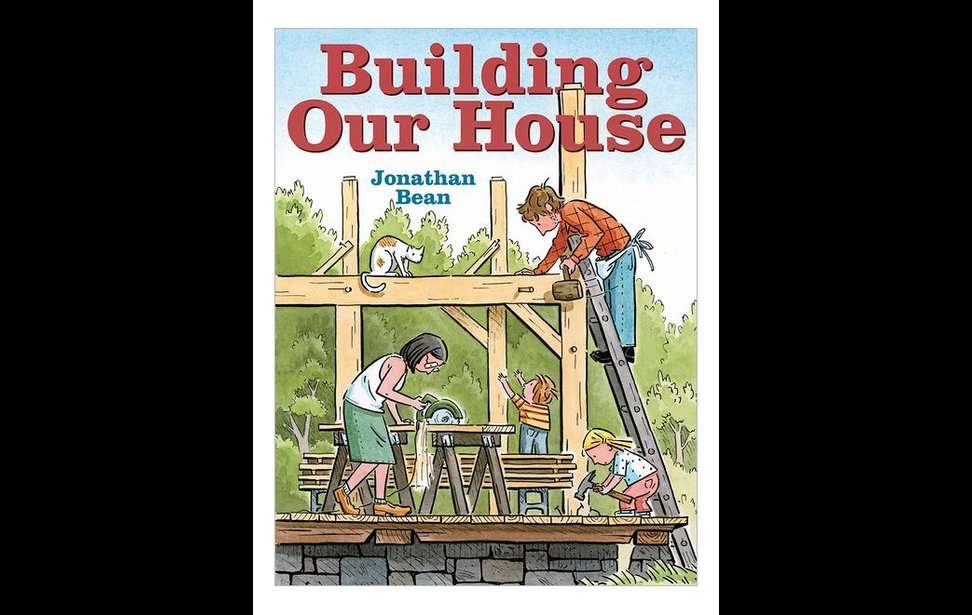 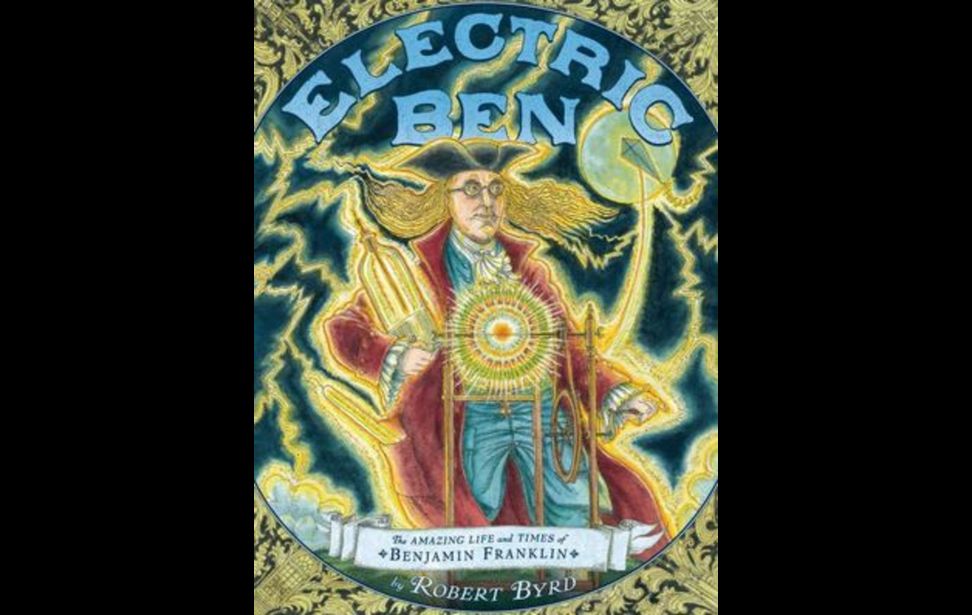 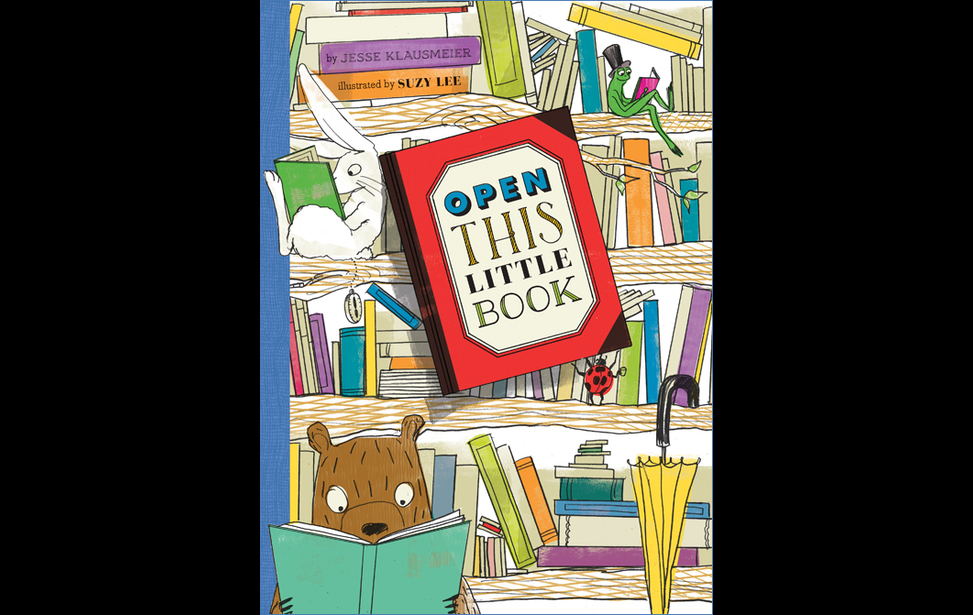 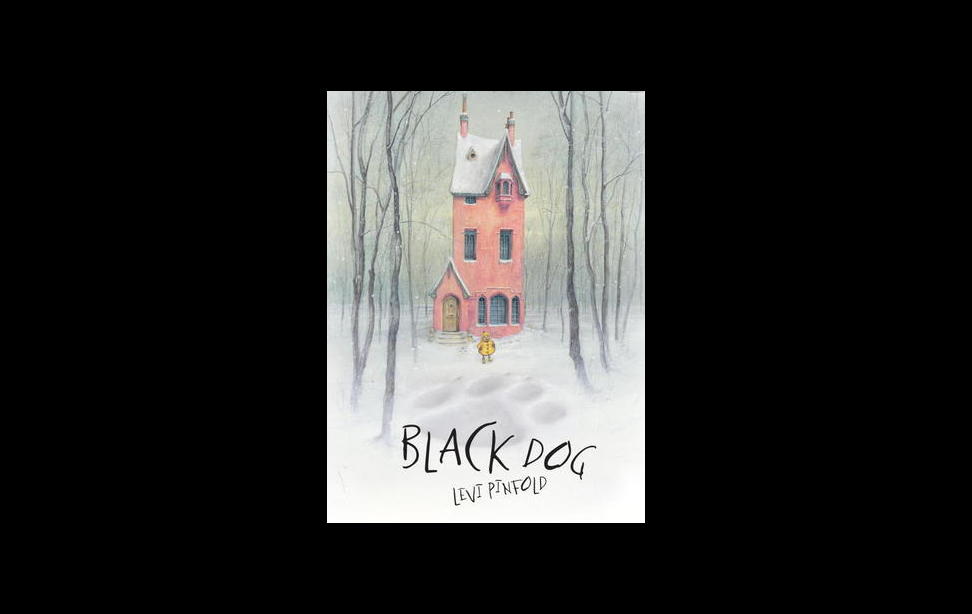 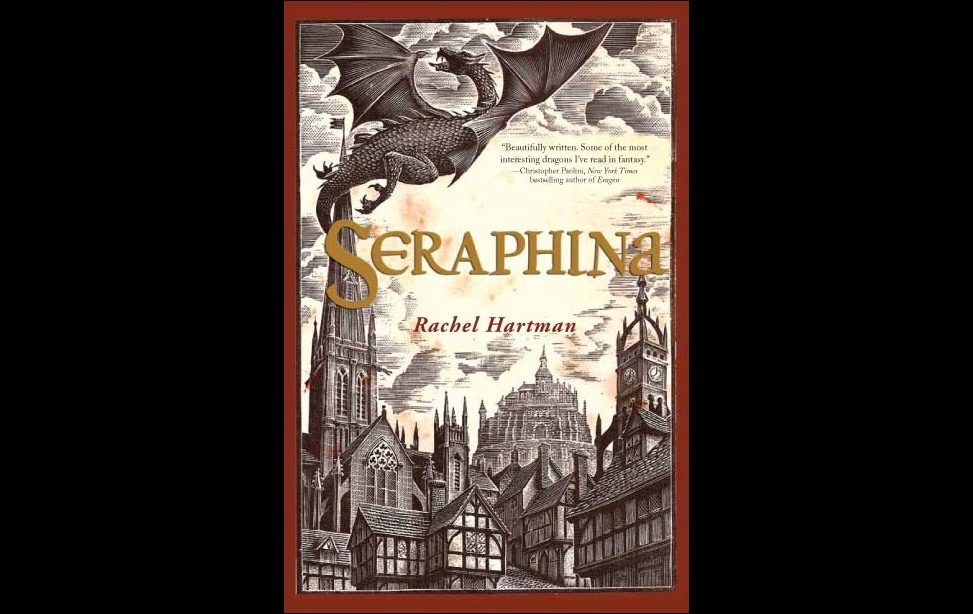 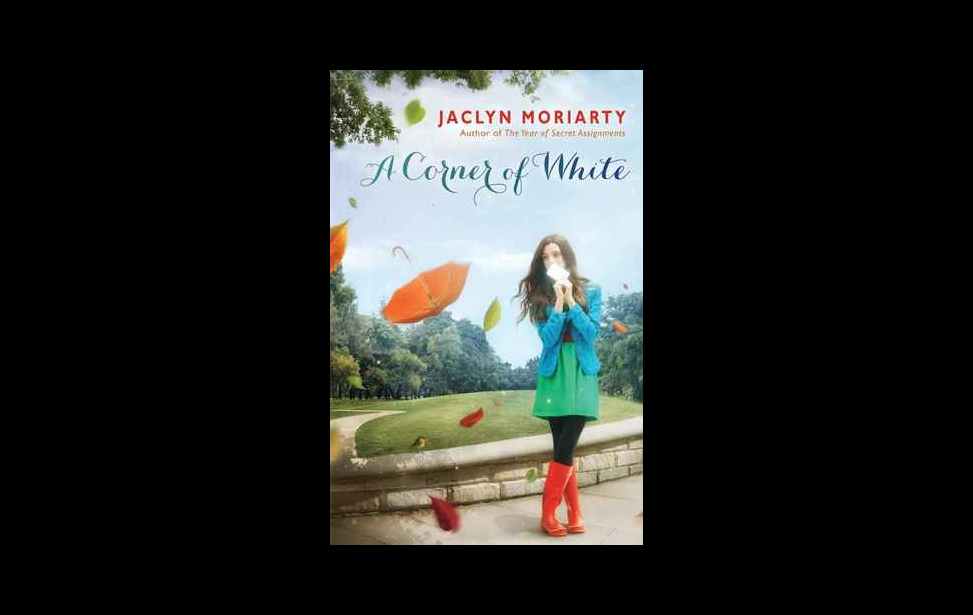 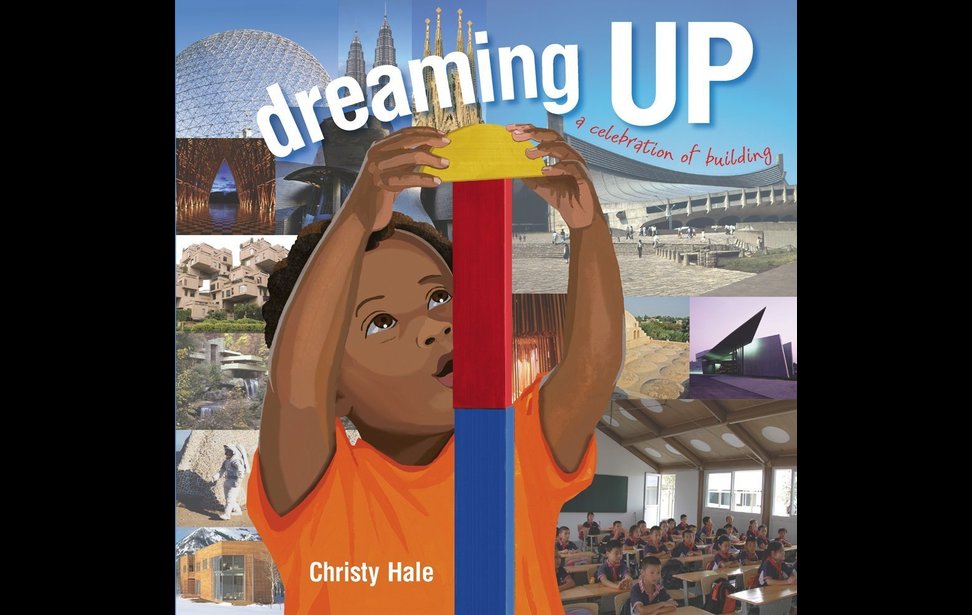 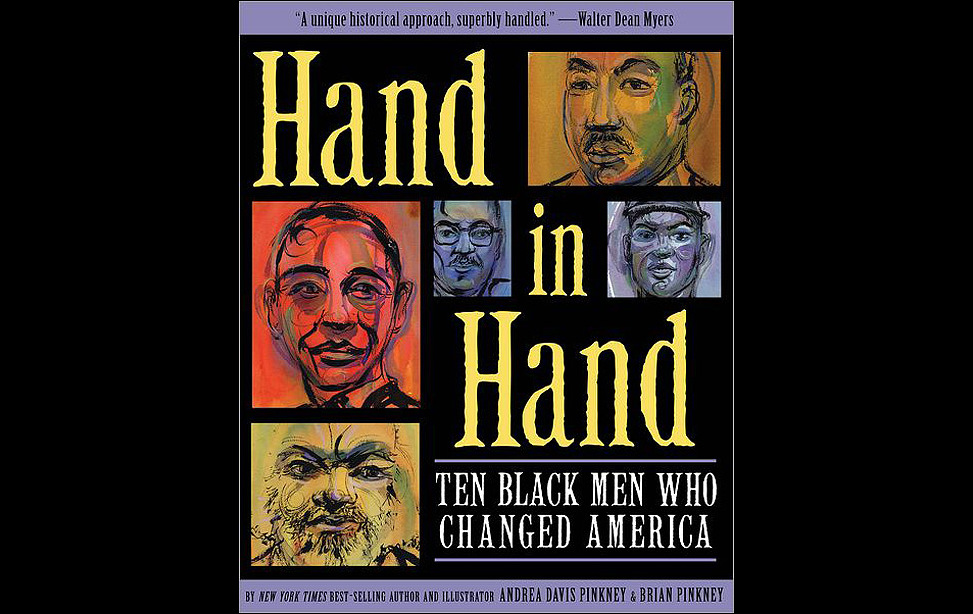 BOSTON, MASSACHUSETTS—On Friday, October 4th, publishers, writers, librarians, schoolteachers, students and booklovers gathered at Simmons College to honor the winners of the 2013 Boston Globe Horn Book Awards. The ceremony was filled with emotion as recipients shared intimate details of how their books came to fruition. The night invoked a magical atmosphere.

Nonfiction honor winner Andrea Davis Pinkney (as seen in photo 1) spoke about her collaboration with her husband on Hand In Hand: Ten Black Men Who Changed America. “So I researched and wrote with my heart in my throat and tried as best I could to work the soil of their stories into the folds of the pages… Brian Pinkney sketched and painted and used his artistic hands to render a series of exquisite portraits… of ten men who built our nation.”

Picture book award winner Jonathan Bean (as seen in photo 2) talked about the debilitating bout of Lyme disease that made it almost impossible to finish Building Our House. He expressed gratitude to the many who had helped him succeed, including a friend who paid for his health insurance and another who accepted drawings as payment for rent. Although it took him over five years to finish, Bean refused to give up.

Fiction award winner Rainbow Rowell (as seen in photo 3) teared up as she marveled over the many accolades Eleanor & Park has received. She never imagined finding an audience who could love such a personal story, let alone win an award for it. In her speech, she disclosed that the book took place “in 1986, my 1986, in my old neighborhood, on my own school bus, with a villain cut from my own villainous stepfather.” Partway through her process, she wondered if she could continue. “I think writing this book is making me sick,” she confessed to a friend. But she couldn’t stop writing. She had a story to tell.

While each recipient had a unique journey to share, they all had one thing in common: excellence in children’s literature.

A cocktail reception and book signing followed the ceremony. Fans lined up to congratulate the recipients and discuss their own experiences with the award-winning books (as seen in photo 4). Attendees left with autographed copies and the pride of sharing such a special moment with the much-deserved award and honor winners.

But the magic didn’t end that night.

The following day, attendees rallied back at the college for “The Horn Book at Simmons: Building Character” colloquium. Participants listened to panels and attended workshops presented by the award and honor winners, children’s book publishers, the Horn Book’s editor Roger Sutton, and members of the Simmons College children’s literature administration (as seen in photos 5-7).

The Boston Globe Horn Book Awards are offered annually in three categories: picture book, nonfiction, and fiction and poetry. For each category, an independent panel of three judges chooses one winner and two honors. Books must be published in America but may be written in any country. The full list of winners and honors are as follows:

Picture Book Award Winner: Building Our House (as seen in photo 8), written and illustrated by Jonathan Bean (Farrar, Straus and Giroux, an imprint of Macmillan)

Nonfiction Award Winner: Electric Ben: The Amazing Life and Times of Benjamin Franklin (as seen in photo 10), written and illustrated by Robert Byrd (Dial Books for Young Readers, an imprint of Penguin Group)

Fiction Honor Winners: Seraphina (as seen in photo 13) by Rachel Hartman (Random House Books for Young Readers) and A Corner of White (as seen in photo 14) by Jaclyn Moriarty (Arthur A. Levine Books, an imprint of Scholastic Inc.)

Photo 15: Dreaming Up: a Celebration of Building © Lee & Low Books