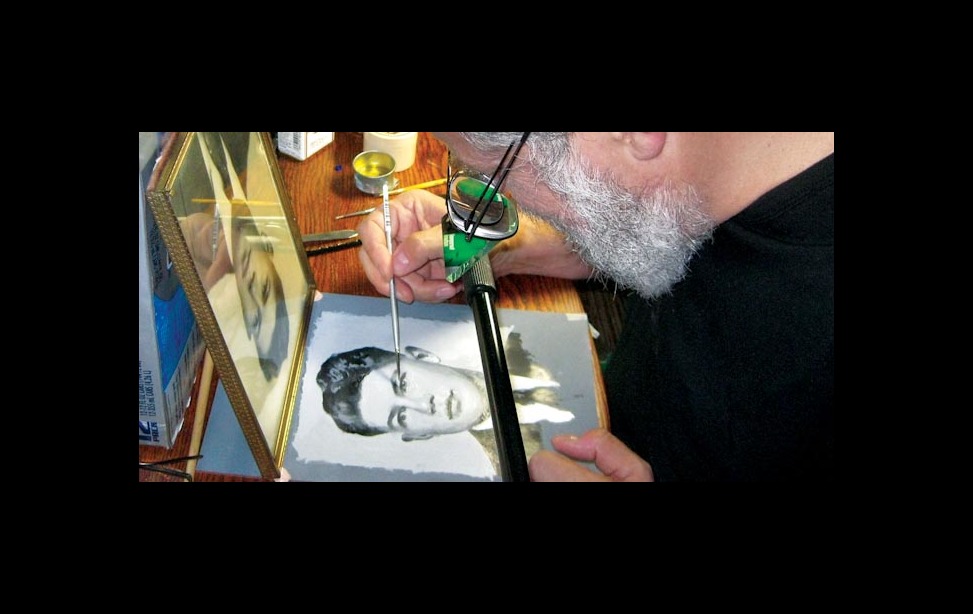 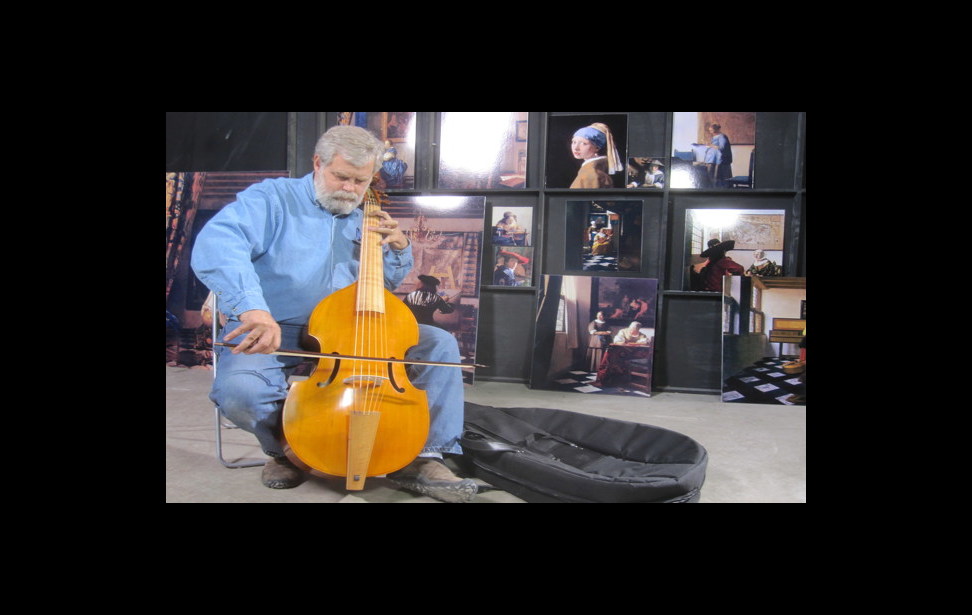 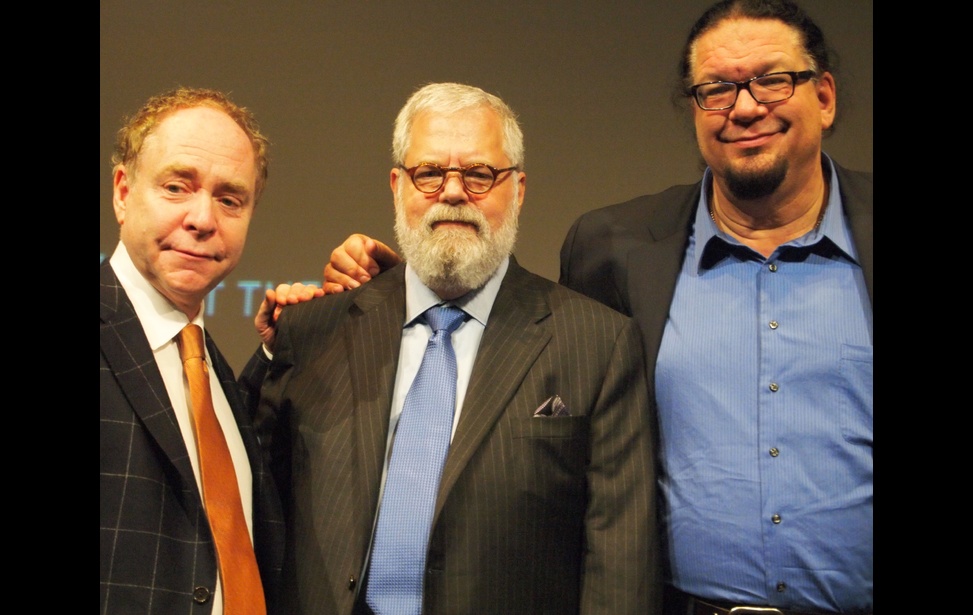 In Tim's Vermeer, a Texan inventor picks up a paintbrush for the first time and recreates a painting by the early Dutch master Johannes Vermeer. Directed by Teller of the magic duo Penn & Teller, the documentary is a howdunnit of Vermeer's tricks. It's also a test of theories. One is couched in the Andy Warhol maxim, "Art is what you can get away with."

The "Tim" of Tim's Vermeer is NewTek founder Tim Jenison, who helped usher in a new age of digital video and CGI. Glancing backwards on the Dutch Golden Age, he speculated that Vermeer produced some of the most revered images in art history with the aid of a camera obscura -- a precedessor to the modern photographic camera -- along with a lens and a curved mirror. These devices could arguably account for the realistic forms, colors and lusters of the 17th-century painter's work. Obsessed with making his case, Jenison built a facsimilie of the Delft interior portrayed in "The Music Lesson" and hunkered down to make a Vermeer in San Antonio.

Teller devours the gonzo project with wolfish zest. We plunge right in with Jenison as he  bit by bit brings Vermeer's studio to life. There are lenses to grind, pigments to mix and two-dimensional images to digitally gauge and hand-craft into tangible widgets. Before our eyes emerge stained-glass windows, musical instruments and the height of 1660s fashion. By the time Jenison finishes arranging it all per the original composition, 213 days have elapsed. More than four months then go to the process of painting. Nine cameras will capture his every brushstroke (as seen in photos 1 - 2).

"This project is a lot like watching paint dry," Jenison jokes in the film. But watching paint dry has rarely been such fun. Partly to thank is Conrad Pope's jazzy score, which riffs on Jenison's monomania with appropriate glee.

Tim's Vermeer is by no means the first inquest into the gizmos floating around Holland of the 17th century. In 1891 American photographer Joseph Pennell developed a hunch that Vermeer used a camera obscura. But it wasn't until a dozen years ago that two books set the art world ablaze. One was Vermeer's Camera: Uncovering the Truth behind the Masterpieces and the other, Secret Knowledge: Rediscovering the Lost Techniques of the Old Masters. Their respective authors, architect Philip Steadman and painter David Hockney, both rear up in the film to vet Jenison's evolving experiment. Between their British lilts and arcane passions, they make Jenison's obsession with Vermeer's techniques seem as ordinary as a stroll in the park. There's something strangely touching about this fraternatity of sleuths bound as much by a moral obligation to uncover truth as by a boyish urge to tinker.

Far from a crusade to bust Vermeer as a cheater, the film holds out a nerd's fondness for tech toys. A fuzzy image in the foreground, a degree of brightness beyond the register of the human eye and a curvilinear edge all serve as supposed clues that Vermeer painted "the way a camera would see."

If Vermeer was "sworn to secrecy," at least his work speaks for him, argues Hockney in the film. "Paintings are documents," he says. "They'll tell you the story."

Among the cognoscenti listening to dried oils is Penn Jillette. The vocal partner of Penn & Teller is hardly fazed by Vermeer's likely artifice. "Now he's a fathomable genius," he tells us onscreen. Jillette slips in and out of view like a wizard, lending the film depth, perspective and a tonal glint that themselves suggest a Vermeer. He has a big role behind the camera as well, as one of the film's producers.

Which brings us back to Warhol's quote. Jillette shared it during a press screening at the New York Film Festival, where the film is featured in the Applied Science section (as seen in photo 3)  Without a hint of the prankster, he mused, "What counts in art is "what is there" and how much it "touches our heart." Few could be more persuasive than Jillette in arguing that technology cannot "diminish art."

Yet at least one theoretical issue he raised remains unresolved. "Is Tim an artist or is Tim an inventor?" Jillettte wonders in the film. Tim's Vermeer leaves the audience with lots to ponder and just as much to celebrate.