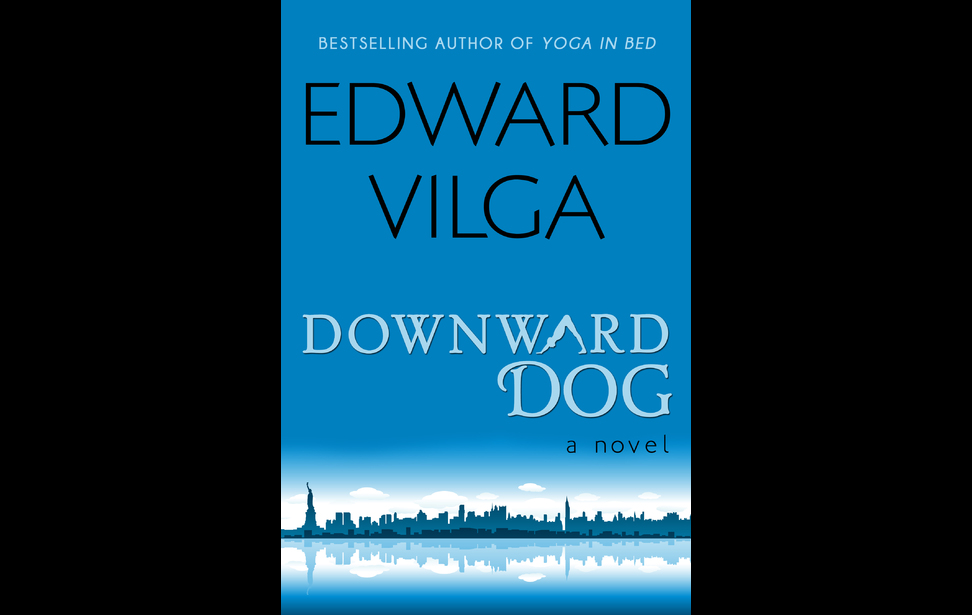 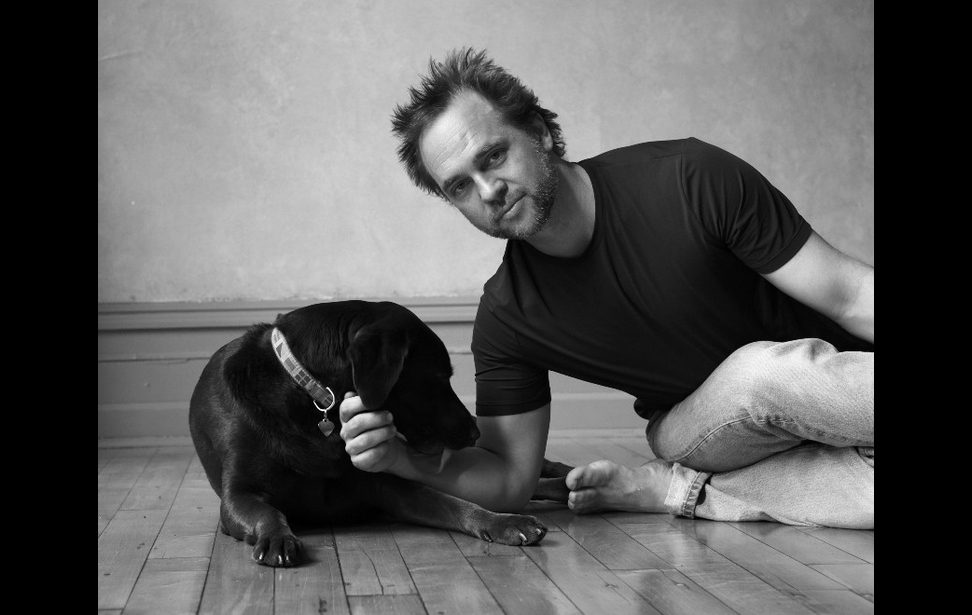 I’ve had six books published the traditional way.  These include a mix of hard and soft cover, and range from academic to mass market, but all of them are printed on paper and bound.

When my agent proposed that we accept a deal for a eBook release of my novel DOWNWARD DOG (seen in photo 1, author, Edward Vilga seen in photo 2), I was initially resistant.  Now, however, as we near our release date of June 11th, I’m increasingly thrilled and I’m happy to share some of the pros and cons of traveling this literary route.

One major pro is that we have a much sooner release date than a print publication would ever get.  For my previous books, once the contracts were signed, the publisher would decide on release dates that were always at least a year, often almost two years, in the future.  This was because of all the complications involved in physically printing books and shipping them to stores across the country.

With my ebook contract, I requested a few months lead time to prepare a publicity campaign, but no such delays were required.  My book is being released six months after the deal was complete, but it could easily have happened in three.

Another major PRO is that the publisher’s mindset is completely different in terms of promotional considerations.  For example, with previous books my agent had to negotiate a dozen, or when we were fortunate, two dozen, author copies for promotion (after that copies were offered at to me at an author discount, but which I’d have to pay for out-of-pocket).

Since it truly costs nothing to reproduce an eBook, not only can we give away as many as we need to pre-launch, the publisher envisions a campaign where the novel is available on key websites for limited windows for free in order to stimulate sales.  Given that I have some ambitious publicity plans for this book, we might end up literally giving away thousands of free copies vs. the two dozen I previously had at my disposal.

Another aspect of publishing digitally is that people can also download free samples of the book as well, allowing readers who are curious to get a real taste for the story which we hope hooks them enough to purchase the entire book.  And, unlike traditional books, prices for eBooks are not necessarily fixed;  publishers can often offer 24 hour sales or simply test prices over time. Flexibility (and generosity) seem overwhelmingly in play when it comes to eBook promotion.

Regarding pricing, my novel will probably be priced at $3.99 (standard for a first time novel release), even though as a hardcover book of approximately 350 pages it would retail for $25.00.  Obviously although his amount is  considerably smaller, the hope is that readers will be more willing to buy it almost as an “impulse purchase” given its negligible cost.  My royalty, however, is considerably higher (50%) than in any of my print deals (around 10%), and rather than being paid semi-annually, I’ll receive royalties quarterly.

Of course, there are some things I’ll miss with a digital release, primarily that moment of physically holding your book in hand.  There’s always something very moving to me about having an actual book you can proudly show your friends and that your parents can put on their coffee table.

Another con is that my research has also indicated that in general it’s much harder for an eBook to receive the same level of press that a traditional release might (at least initially/before it becomes a hit).  Ebooks still get reviewed, of course, but there is a bit of a prejudice that they are somehow less “real” (for want of a better word) than a physical book.

One of the most intriguing pros of an eBook release, however, is that in no way does it preclude a subsequent printing deal with a traditional publisher.  In fact, more and more, a successful eBook release makes any project much more attractive to a print publisher, proving that the audience exists for the book and often resulting in significantly larger advances.  Rather than taking a moderate risk on untested material, the publisher now feels they are buying something closer to “a sure thing,” something for which the platform is already built, and will often pay accordingly.

Finally, while my new book has been picked up my a major eBook publisher, many new authors are finding that this presents an entirely affordable and accessible avenue towards releasing their work.  Rather than paying thousands for a stack of books and selling them one by one from their garage or the trunk of their car, they can promote endlessly and for free on the internet with the most minor costs for formatting their prose into downloadable format.

Last year, for the first time eBooks outsold traditional print, demonstrating that the publishing has undergone a major shift, and while I will always treasure holding a physical book in my hands, right now I’m thrilled to be riding the way of the digital publishing revolution with my first novel.