Follow Me Upstairs: An Interview With Author John-Mark Davidson 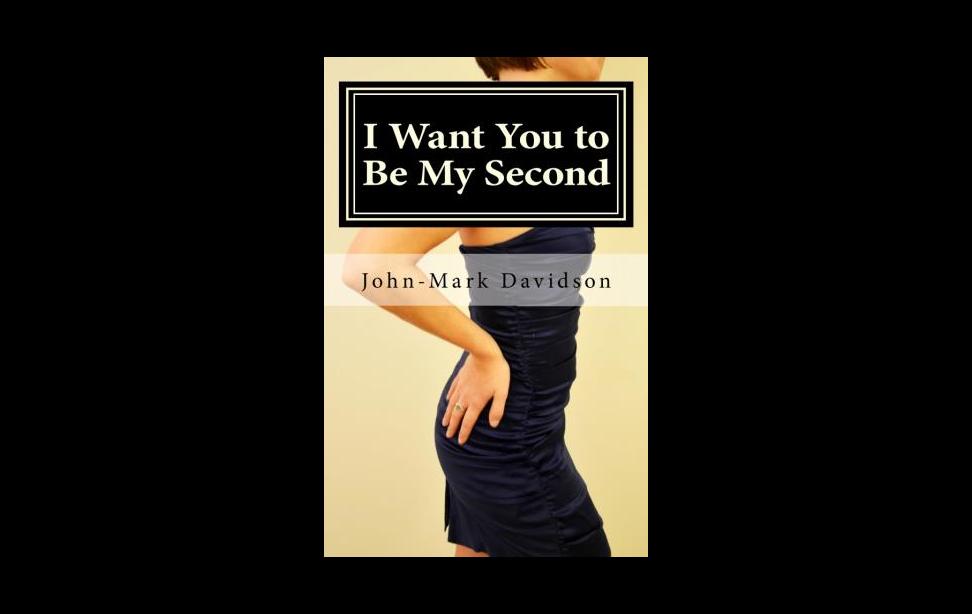 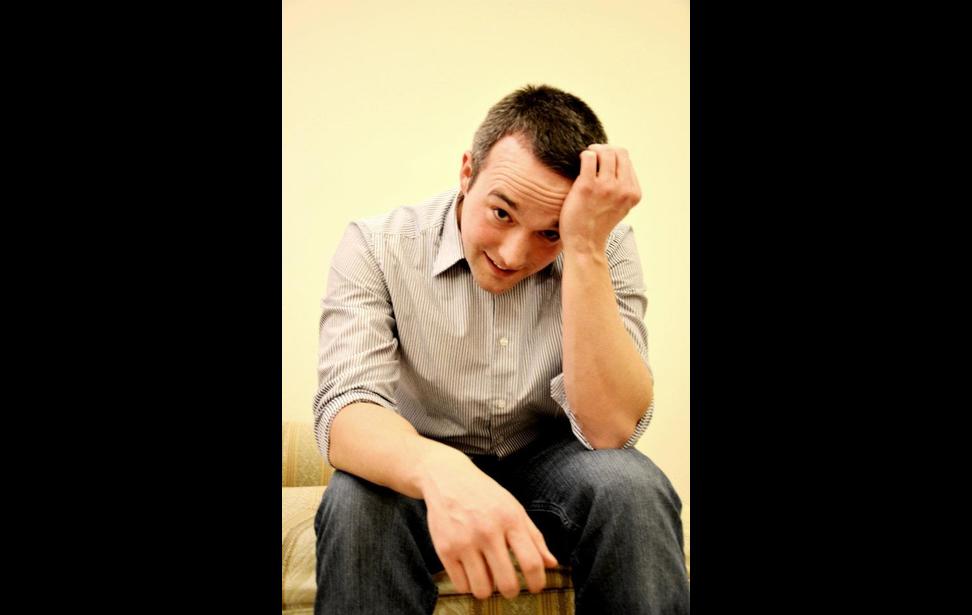 NEW YORK, NY -- Let's face it... everyone has a couple of random skeletons stashed away in the very depths of their closet. A few sickeningly embarrassing stories that only those closest to you know about. Honestly, you probably wish you could take a Mr. Clean magic eraser and wipe your friend's brain clean of that secret you told them over Martinis and good spirits. I'll bet you a few thousand dollars that most of those awkward tales have to do with old war wounds you received on the battlefield of dating. Those crazy years that begin when we discover the joys of attraction and the domino effect of ridiculous, seemingly avoidable mistakes that would almost appear comical if you weren't the one living it. I guess the mature would call them... life lessons.

Recently, I read an amazing collection of short stories called I Want You to Be My Second (as seen in photo 1) by new author John-Mark Davidson (as seen in photo 2). These stories are about the youthful pangs and bangs of the dating world. From the awkward curiosity of teenagers to the clumsy stumbling of entering adulthood. Oh yes...and let’s not forget about those free spirited and “act now, ask questions later” events that occur during the years in between. The book follows a group of relatable, humorous, intriguingly flawed characters that will suck you in. It's witty, emotional and sometimes permitted a palm-to-forehead connection that could only be caused by pure honesty. I had the pleasure of speaking with the author John-Mark Davidson and asking him a few questions about his book, his influences and of course, his opinions on relationships and dating.

thalo:  I Want You to Be My Second is your first book. What was your inspiration for the book?

John Mark Davidson: I've been writing short stories for years. About two years back I looked at my collection and found a dozen or so that aligned thematically. Then the whittling down and re-writing process began. I always knew this book was coming. One day I woke up and thought, alright let's get it done.

th: How long did it take you to write it?

JMD: The oldest story was written my freshman year of college, which was 2003. The newest was written two months before the book came out.

th: Describe your book in 3 words

th: People usually romanticize "The First". First love, first time you are intimate... Your book jumped out at me simply because of the title. No one ever really mentions "The Second". Is that an important theme in your book? If so, why?

JMD: Yeah, it's the key theme for me. Young people figure out so much about themselves through the relationships they get into and out of in their teens and 20s. It's a consistent cycle of growth and reinvention. It's not really a set of failures, but it can be easy to feel that way as you're going through it, which some of my characters do. You're not truly comfortable until you know who you, yourself are. This book is about people going through the process to get there.

The title was a line in a story I wrote once. I read it to an audience and it got a big laugh that I didn't expect. I circled it and knew I had found my title. That was a few years ago. As I  did re-writes I made the number two my baby and had fun with it. It's scattered all throughout the stories.

th: Ok so, we encounter a character that enjoys picking up women at an STD Clinic. Another character shoots arrows through the sky as a coping mechanism. I have to ask, are any of these characters and situations based on you or someone you know?

JMD: My firm belief about writing is that the author, in some way, is always writing about himself. That being said, the book is complete fiction and not based on anyone I know. I have seen guys hitting on girls in medically uncomfortable situations. I loved archery the one time I tried it. The only part of the entire book that's true is on the first page of "Looped." One character tells another about getting hit in the back of the head with an apple on the second day of high school. That happened to me.

th: Do you have a particular character or story from your book that you enjoyed the most? If so, why?

JMD: They say you can't pick a favorite child, but let's be honest, you can. I choose different characters at different moments. My favorite is probably Lindsay in "Looped" starring at her opaque reflection in the face of her refrigerator. Or maybe Herb in "IPO" lying on his hotel bed waiting for six o'clock.

th: What message would you like readers to completely grasp from I Want You to Be My Second?

th: How do you feel about short stories vs. novels?

JMD: For me it's about how long do you want to follow a certain character or live in a certain world. That's often how I determine a story's length. I think, okay, that's enough of you.

th: You published the book yourself. Tell me about that experience. What did you learn from it? How did you go about it?

JMD:  I thought about it for months. I figured I could go the publishing route and get rejected 151 times, get lucky on 152. Or, I could go solo route right now. I have a friend who's been on the NY Times Best Seller list a few times. His frustration with the system, even at its highest levels of success, is what ultimately tipped me towards self-publishing. The way I looked at it, every day the book wasn't out was just another day it wasn't out.

th: What advice can you give to new writers to help them on their journey?

JMD: Honestly, I think text messaging is a great writing practice. But you have to do it right. No smiley faces, no abbreviations, nothing. You've got 140 characters to get your point across. And you have to know your audience.

th: What authors influenced you?

JMD: Franzen and Sedaris of recent. Dickens and Hemingway of old. This book was more influenced by music. I wrote the story "The Sleep Around Breakdown" off of a song called "The Give" by Thao. Lyrically, the song is completely different than my story. I just stole the mood in the music. My goal was to write a story as good as that song. I came close.

th: With stories full of awkward situations, I need to know... What's the most awkward date you have ever been on?

JMD: That's an easy one. A few years ago I went out on a first date with this real cute girl. She was probably 22. The conversation was going great. We went to get a drink and an hour later she had gone completely overboard with the booze. I was forced into babysitting mode. She couldn't go home (to her parents), so she passed out in my bed. That left me in a tough spot because I didn't want her to wake beside me and question my morals. I slept downstairs on this uncomfortable couch we had. In the morning she called her father, a Marine, to tell him what happened. I whispered, "Tell him my name is Pete."

th:  If you could give any advice to your younger self about dating, what would it be?

JMD: It would probably just be a list of names to avoid. And then I would say, "Buy Apple stock."

th: Are you working on anything currently?

JMD: I always have some big project. Right now I'm learning Portuguese. The next book will come soon. There was a first and so there will be a second.

So, if you are looking for new mind stimulation, I suggest you make I Want You to Be My Second your next adventure. Go to Amazon.com for your very own copy in paperback or instantly on your Kindle. Trust me when I say, It’s well worth the read. Two enthusiastic thumbs up from a woman who simply loves stories.

I Want You To Be My Second By John-Mark Davidson

The Best of 2012… According to John-Mark Davidson

The Cabin In The Woods

Hide Behind Me by Jason Mott

The fact that ugly sweater parties are still around. Those should have ended in 2006

The importance of the election.

I’d say movies. This has been the BEST year for movies. They aren’t getting enough attention.

SOMETHING YOU WANT TO ACCOMPLISH BEFORE THE END OF 2012