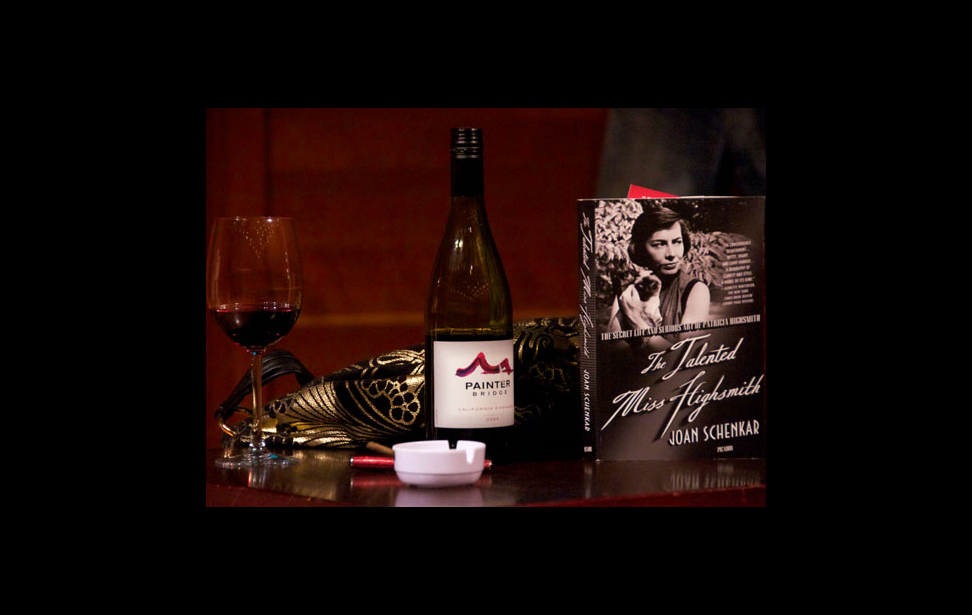 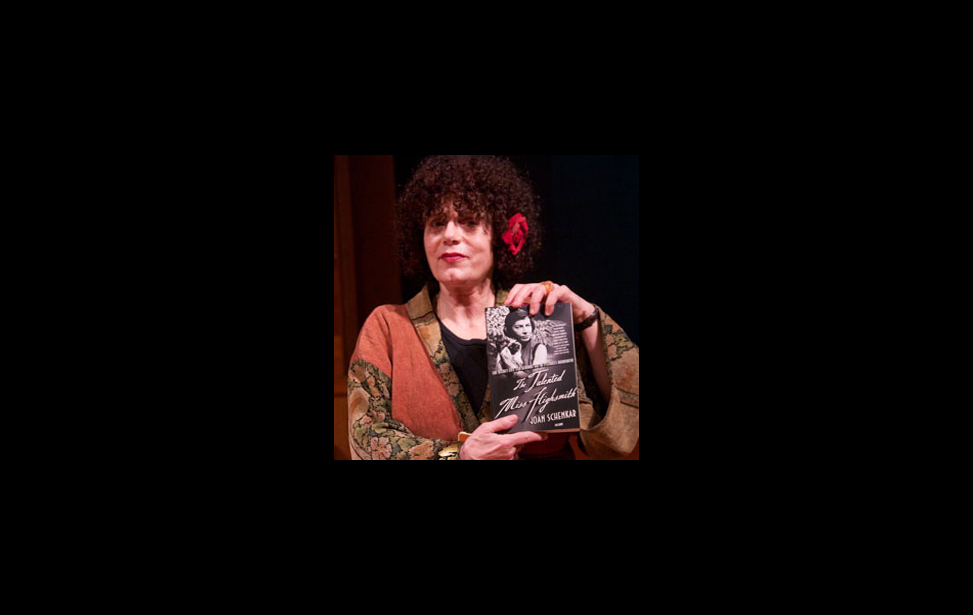 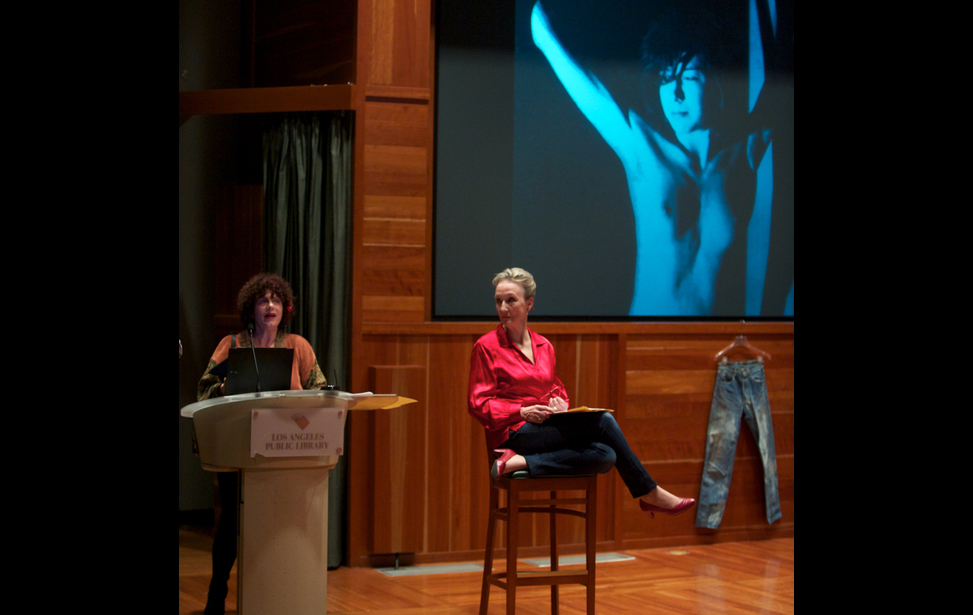 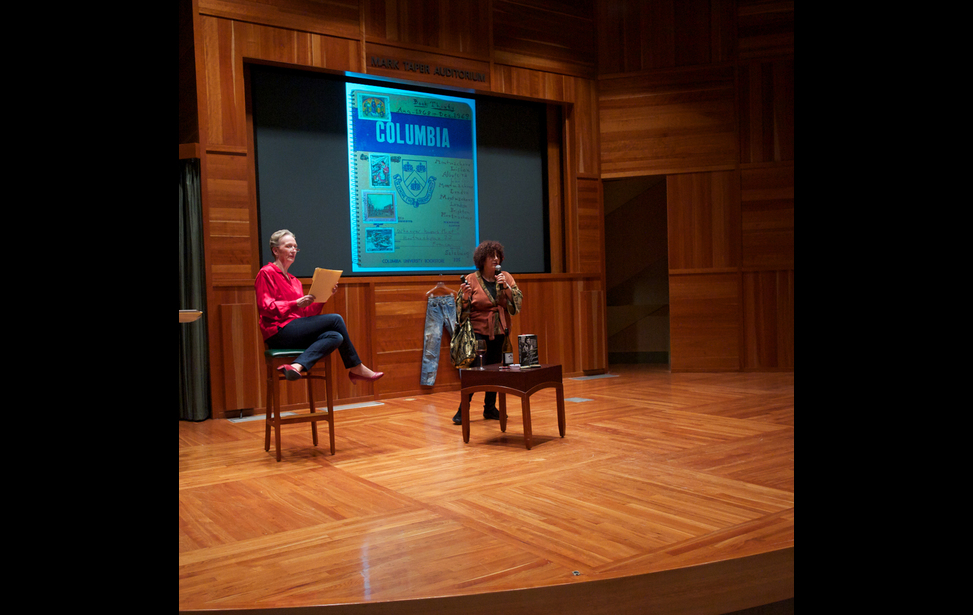 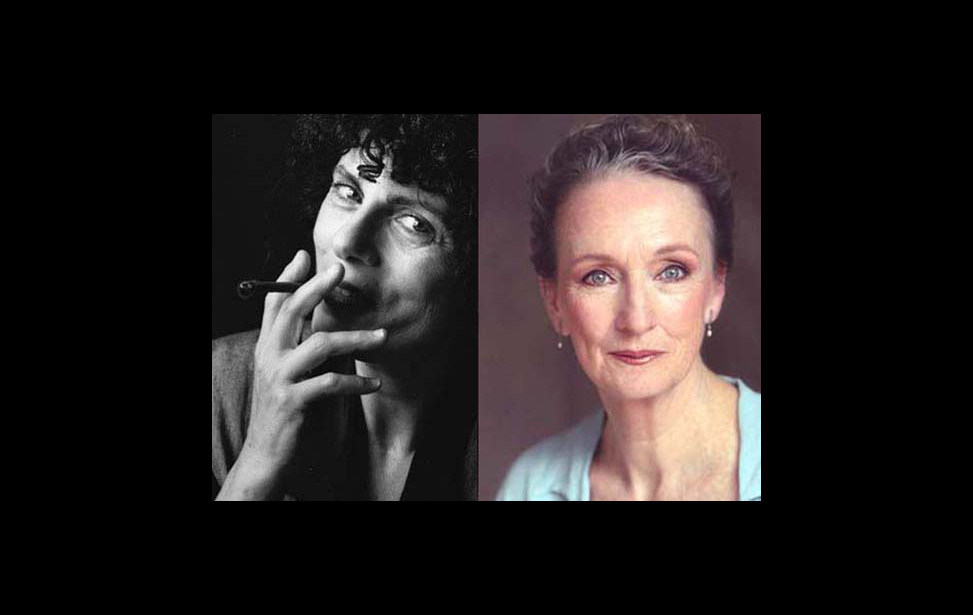 LOS ANGELES, CA --The only thing better than going to the Central Library, is going to the Central Library at night. The 85-year-old structure is lit to accentuate the ancient Egyptian and Mediterranean Revival influences on its chief architect Bertram Grosvenor Goodhue.  Just after dark the Central Library opens its doors to the ALOUD lecture series produced by the Library Foundation of Los Angeles, a non-profit organization created in 1992 to raise private sector funds to support the Central Library and 72 neighborhood Library branches. The evening’s audience ranges in age from early twenties and mid fifties. They are casually dressed and reflect a quiet respect for the institution of knowledge all around them. The Mark Taper Auditorium sits snugly on the first floor of the Central Library and hosts the lecture series. The room is alive with conversation and the warm library erases memory of the cold evening outside. The ALOUD lecture series puts on events an average of two nights per week for a total of 70-90 performances per year. These events consist of political to literary panel discussions, dissertations about literature and authors, and performances of literary work as well as music associated with authors or literary themes.

Biographer Joan Schenkar will be discussing her latest work, The Talented Miss Highsmith a biography of novelist Patricia Highsmith (as seen in photos 1 - 2), author of The Talented Mr. Ripley and Strangers on a Train. As the auditorium calms, The Library Foundation’s Louise Steinman introduces Joan and Kathleen Chalfant, an accomplished actress and friend of Joan Shenkar. Schenkar and Chalfant take the stage as the lights dim. A black and white photograph of a young and rebellious Patricia Highsmith is splashed against the north-facing wall (as seen in photo 3) behind the stage and Schenkar began telling the audience about the spirited and non-conformist Highsmith's early years. As Schenkar elucidated, she would pause and Chalfant would read passages from Shenkar’s biography as well as excerpts of Highsmith's work and personal writings, putting a fine point on Shenkar’s dissertation (as seen in photo 4). The refined combination of lecture and performance lent a third dimension of understanding for the audience and intensified the sense of experiencing Ms. Highsmith through Shenkar’s passion and Chalfant's articulation. The presentation concluded and Schenkar opened the floor for questions and answers. A lively discussion of Shenkar's work and Highsmith's bombastic personal life and career ensued. This was not a typical attempt to appear interested, the audience learned from the author and, on two occasions, taught the author something she did not know. The forum concluded by announcement, time had run out. The casual conversation continued as the audience slowly filtered out of the line and back to the cool evening.

The audience was welcomed into a foyer where Schenkar and Chalfant (as seen in photo 5) were signing biographies and personal items and I spoke to Maureen Moore, the Cultural Programs Coordinator for the Library Foundation and a chief coordinator for the ALOUD lecture series. “The Library Foundation is the fund-raising and program arm of the Central Library." She informed me. The Library Foundation of Los Angeles has offices in the Central Library but is an autonomous non-profit organization. "We provide programs such as Grandparents and Books, Teen Summer Reading Camp, adult literacy programs, children's book clubs as well as free tutoring for school aged children from 3-10PM weekly." The ALOUD lecture series is curated by the Director of Cultural Programs for Library Foundation of Los Angeles, Louise Steinman. Steinman chooses the top caliber authors of our time, "while focusing on a wide spectrum of subjects and genres. The majority of ALOUD programs feature majors books of the season to keep the discussions timely." The program also features panel discussions on issues or themes of relevance, including an upcoming event with a Los Angeles writing collective that will discuss the current state of publishing and literature. "The ALOUD series is unique. Most discussions or lectures feature a single guest speaking to an audience. The ALOUD series presents discussions between featured guests." The audience is further invited to interact with the panelists and guests during question and answer sessions and book signings in the auditorium's foyer following the program. The summer will be very exciting for ALOUD, their new quarterly function, This is Your Library, will return in June and is an evening at the Library with live music performances and speakers. It is a program designed to raise interest in the programs the Library Foundation offers, such as the ALOUD series and return the Central Library to its former prominence as a beacon of cultural relevance.

Photos by Gary Leonard and provided by Maureen Moore, Cultural Programs Coordinator for The Library Foundation of Los Angeles