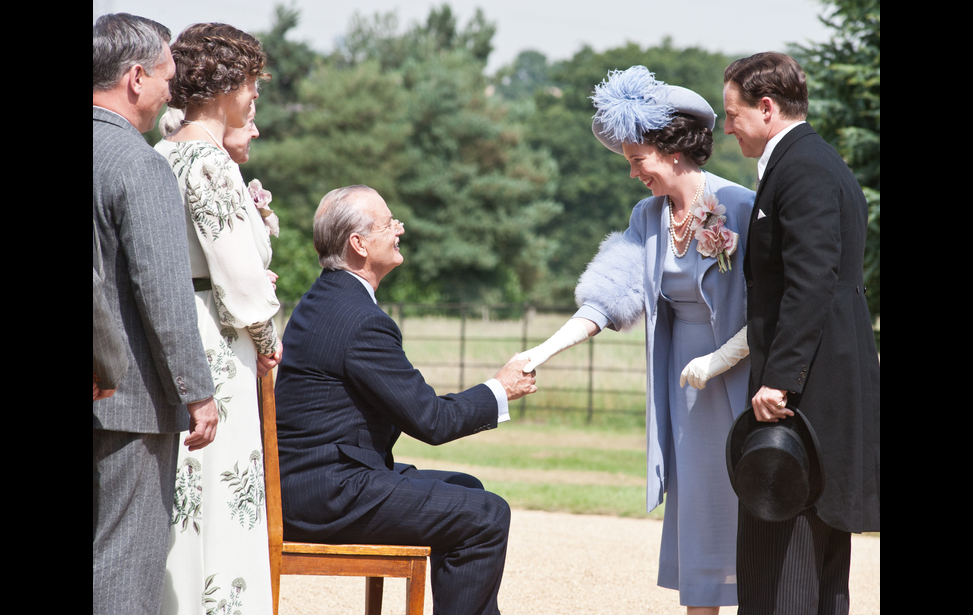 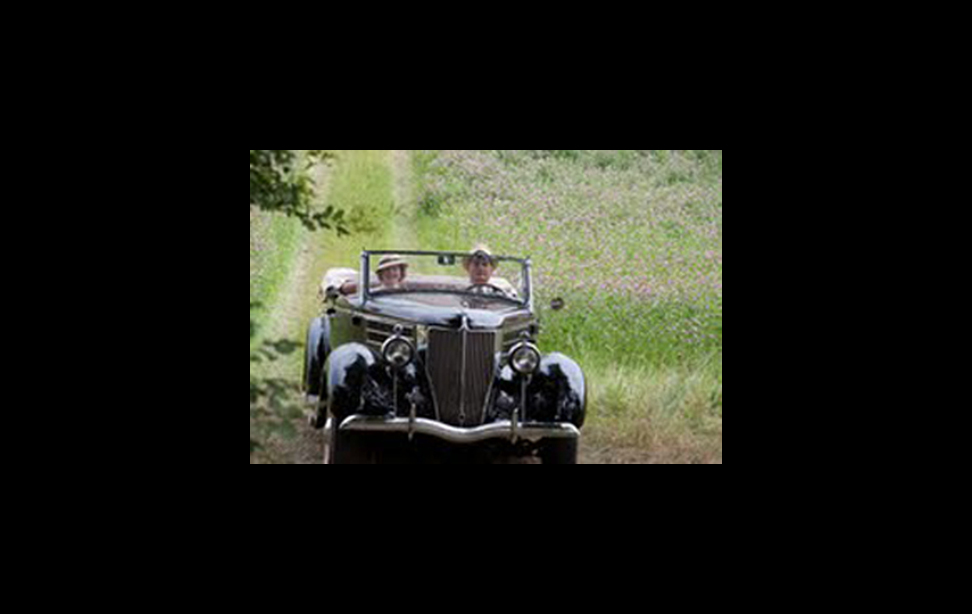 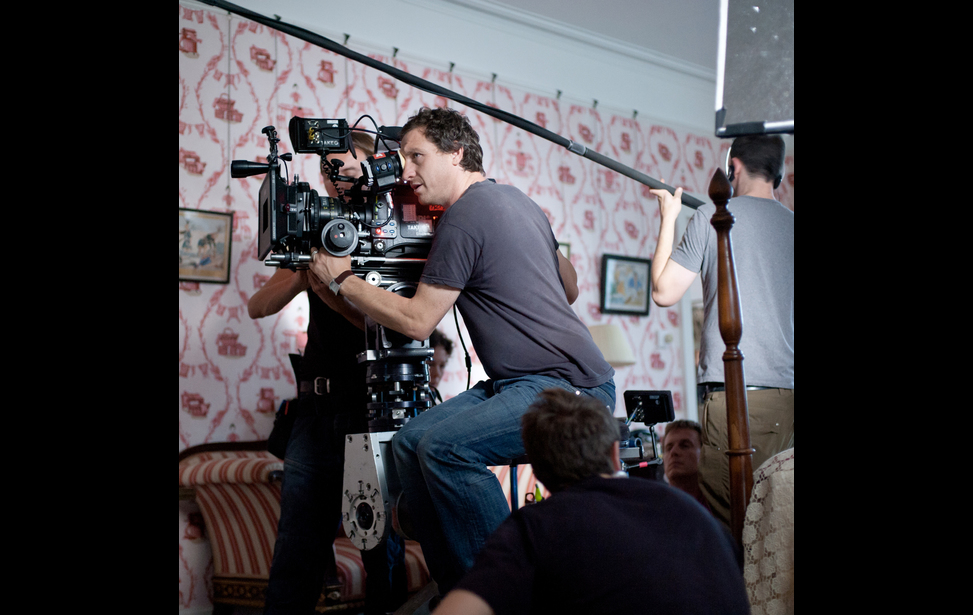 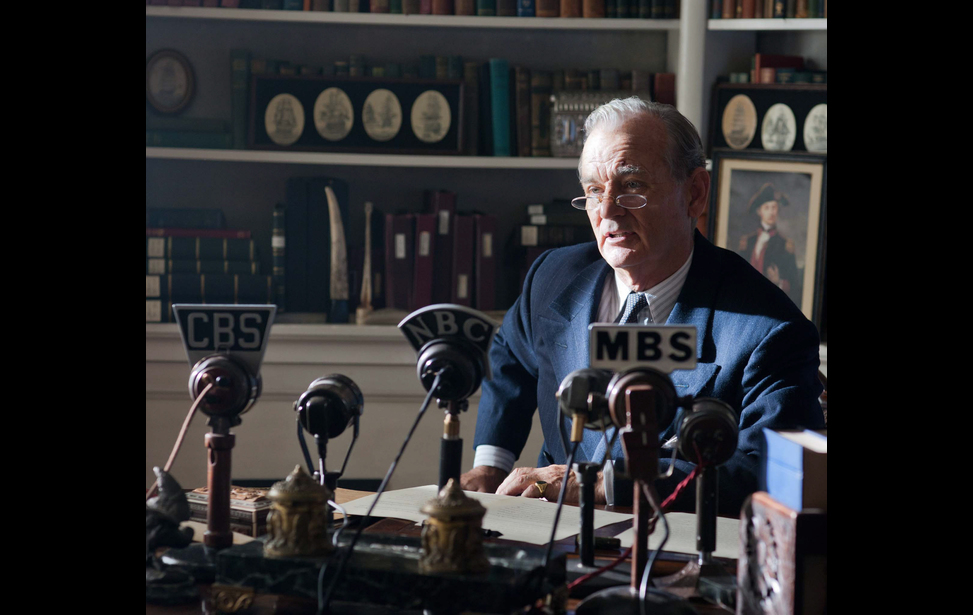 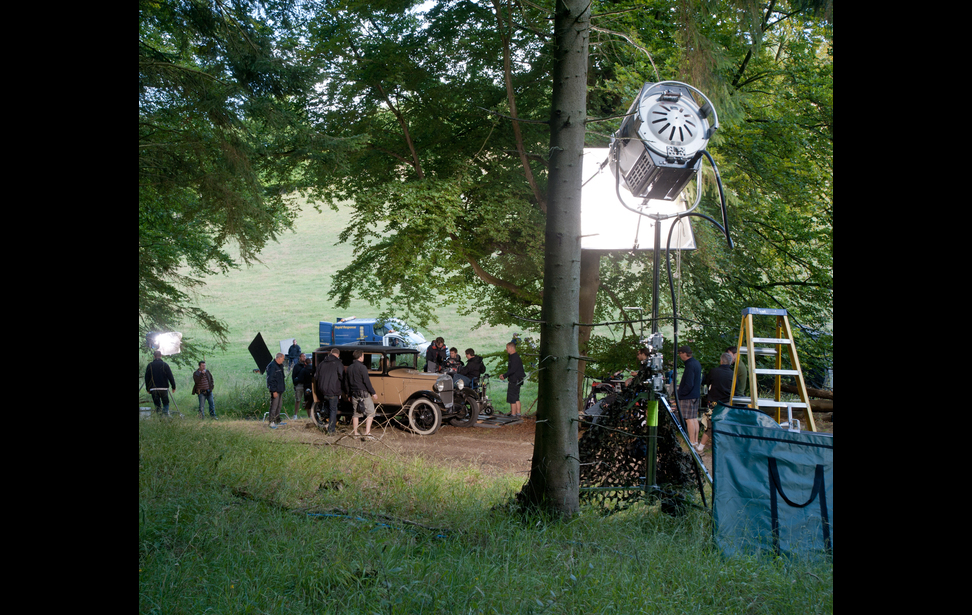 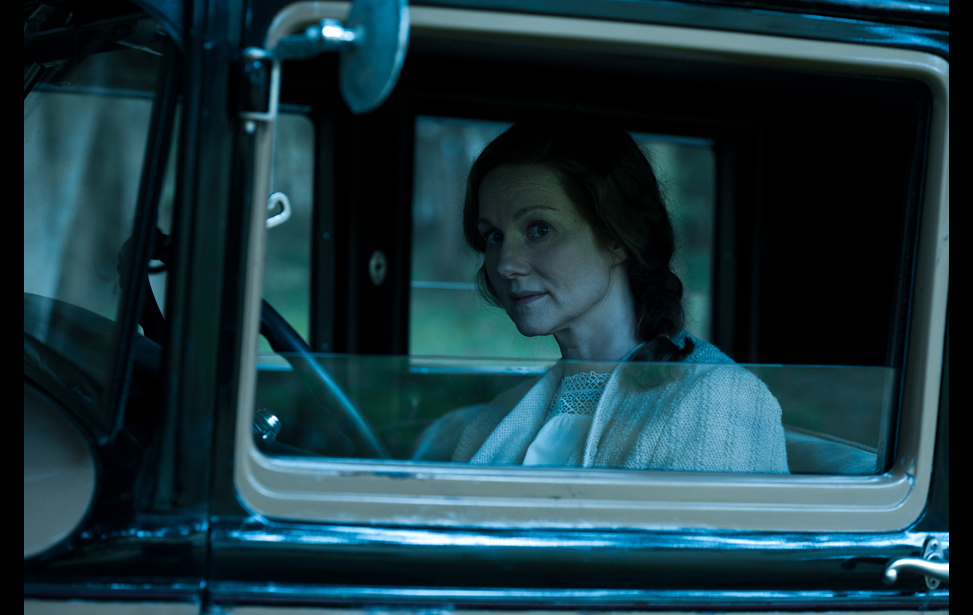 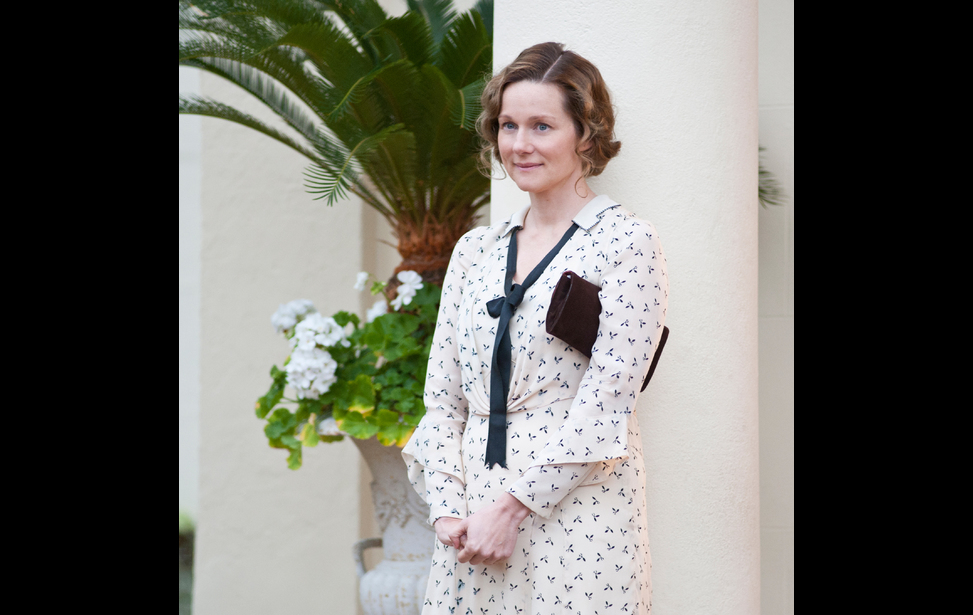 LONDON, ENGLAND -- She looks after her auntie, she wears prudish dresses and—if she’s Margaret Suckley as played by Laura Linney– she has an illicit affair with Bill Murray’s Franklin D. Roosevelt in Hyde Park on Hudson. In this true fairy tale by Roger Michell, the presidential helpmate better known as Daisy guides us through the June weekend in 1939 when King George VI (Samuel West) and Queen Elizabeth (Olivia Colman) visited FDR’s country estate (as seen in photo 1).

Hyde Park ripens before our eyes with storybook enchantment as love plays tricks, expectations are confounded and identities are revealed. That Daisy is FDR's distant cousin--making their suggested boudoir intrigues quasi-incestuous--merely stokes the spectacle (as seen in photo 2).

She is only one among an intimate retinue ministering to the President's needs. Whatever challenges the duties of office may pose for FDR, they can be no match for the strategizing required to finesse domestic policy at Hyde Park.

Lol Crawley's luscious cinematography pulls some maneouvers of its own. Shot entirely in the UK, the images masquerade as upstate New York and a light quality they're beguilingly not. Judging by Crawley’s work here and in feature films On the Ice, Four Lions and notably in Ballast–which took an Excellence in Cinematography prize at Sundance--the 30-something Londoner has a flair for ascribing emotional light and shadow to his settings (as seen in photo 3).

His Hyde Park revels in the spoof and embraces the serious as the King appeals to FDR's support for his mounting war effort and, just as movingly, for his quest for personal security. What His and Her Majesty uncover of their host’s human vulnerabilities will bring together new friends and allies and by George change history (as seen in photo 4).

thalo: What inspired the twinkle in this period piece?

LOL CRAWLEY: A Midsummer Night’s Dream. There's order during the day, but as evening encroaches things start to unravel under the full moon. These lead into this farcical chase through the forest and ultimately, for Daisy, to discovery and realization.

th: How did you achieve the fantastical look?

LC: Roger wanted a stylized day-for-night feel throughout this night when this farce takes place. We shot the night scenes during the day (on the Arri Alexa) and underexposed them in post to achieve this otherworldly, magical night (as seen in photos 5 - 6).

th: Which art has influenced your work?

LC: Andrew Wyeth’s Christina’s World and Lars von Trier's Melancholia both have a disconnect in how light falls. Those shadows can’t actually come from a light source. Throughout Hyde Park there's a disconnect between perceived behavior and what happens behind the scenes. When the royals meet the hosts, it's one thing, but back in their room it's very different. Likewise with the Americans. Also, Daisy is sold as one thing but in fact she's having this relationship with FDR, and her take on him deviates from the others'. Everybody has half-knowledge of the other person.

th: So it's not just tea and sympathy happening behind that Hyde Park façade.

LC: Throughout, tumultuous emotions and chaos contrast with façade (as seen in photo 7).

Photo 5: Prepping a day-for-night shoot in the forest. Photo by Nicola Dove courtesy of Focus Features.

Photo 6: Laura Linney as Daisy in a day shot darkened in post-production. Photo by Nicola Dove courtesy of Focus Features.

Photo 7: The façades of Laura Linney's Daisy and the set of Hyde Park. Photo by Nicola Dove courtesy of Focus Features.