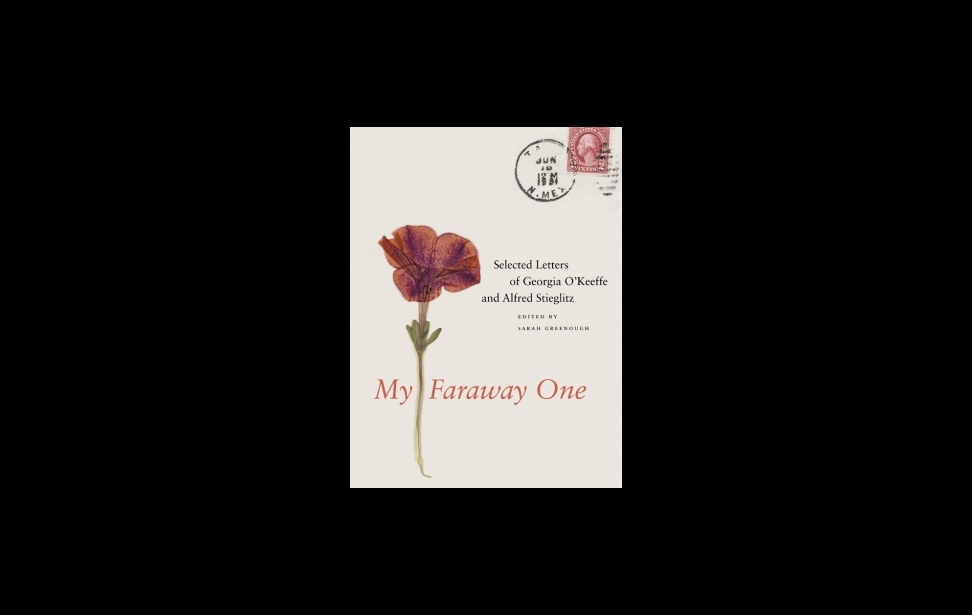 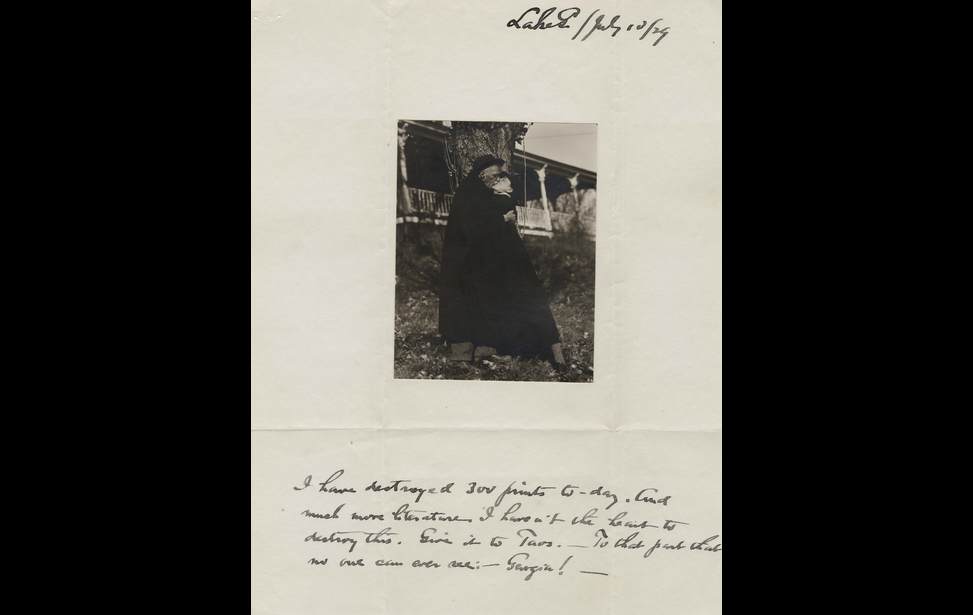 "At last, a woman on paper!" photographer Alfred Stieglitz enthused when, in 1916, he was presented with the drawings and watercolors of Georgia O'Keeffe. Exhibiting her work several months later in his famous 291 gallery, he launched her star. But art wasn't all he was to see of O'Keeffe's output on pulp.

The two would swap some 5,000 letters during their three-decade correspondence, which had already begun in 1915. Stieglitz was in his early 50s, married and considered nobility on the New York art scene. O’Keefe was in her mid-20s and little known outside the far-flung campuses where she taught art. Today they'd be texting with r's and u's. As if meant to make us nostalgic, their letters sometimes swelled to 40 pages.

National Gallery of Art photography curator Sarah Greenough has quarried 650 of these letters  (as seen in photo 1) to yield My Faraway One: The Letters of Georgia O’Keeffe and Alfred Stieglitz, Volume I, 1915-1933 (Yale University Press). The 800-page book is as big as a cow skull. To put the two artists' outpourings in context, we spoke with Greenough.

Q: Can we consider My Faraway One a cache of love letters?

Sarah Greenough: The letters are an amazing source regarding early 20th-century art and culture. More than that, they’re an exceptional record of the evolution of a relationship between two intensely committed, passionate individuals. You see them falling in love; you see their intense passion in the '20s; and then you see the relationship almost fall apart in the early '30s.

Q: What fueled Stieglitz’s fixation with O’Keefe as a female artist?

SG: He’d long been fascinated with women´s art and felt it’d be less cerebral, more subjective, an expression of pure emotion. He was fascinated that she lived in Texas, and wanted to make others believe she was a product of American soil uninfluenced by European artists.

SG: No -- he was sending her the latest publications featuring the likes of Picasso and Matisse.

Q: What do the letters uncover?

SG: They show how intimately involved Stieglitz was in the artistic discussions of the time... (as seen in photo 2)  (and how) his galleries and Camera Work journal fostered the careers of artists like John Marin, Mardsen Hartley, Arthur Dove... that was critically important. But his egotism and narcissism have never been understood to the extent that these letters indicate. And from O'Keeffe there are minute-by-minute details about creating her paintings, including "The Lawrence Tree," which she painted while visiting the D.H. Lawrence Ranch in New Mexico.

SG: In 1929 she writes about seeking [new inspirations] for her art: the colors, light and intensity of life there.

Q: She additionally writes, "I cannot be of any use to you unless I can grow much myself…,” to which he replies, "I am the loser--the one weakened..." Was she also escaping Stieglitz?

SG: By the late '20s she hungered for something that he and the East Coast couldn't provide. O'Keeffe was a far more independent person and needed that space.

A version of this article was previously published at filmfestivaltraveler.com and jccgreenwich.org