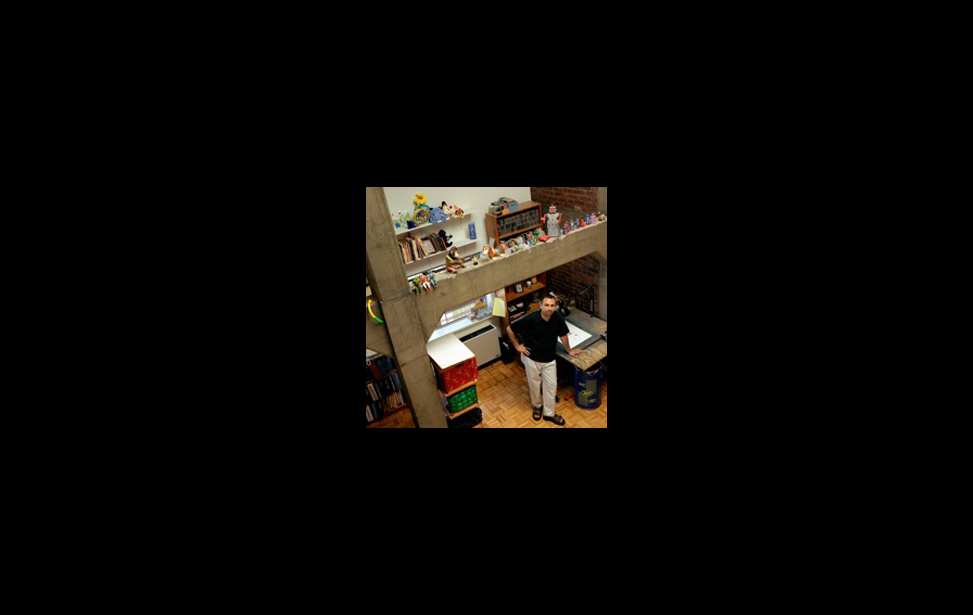 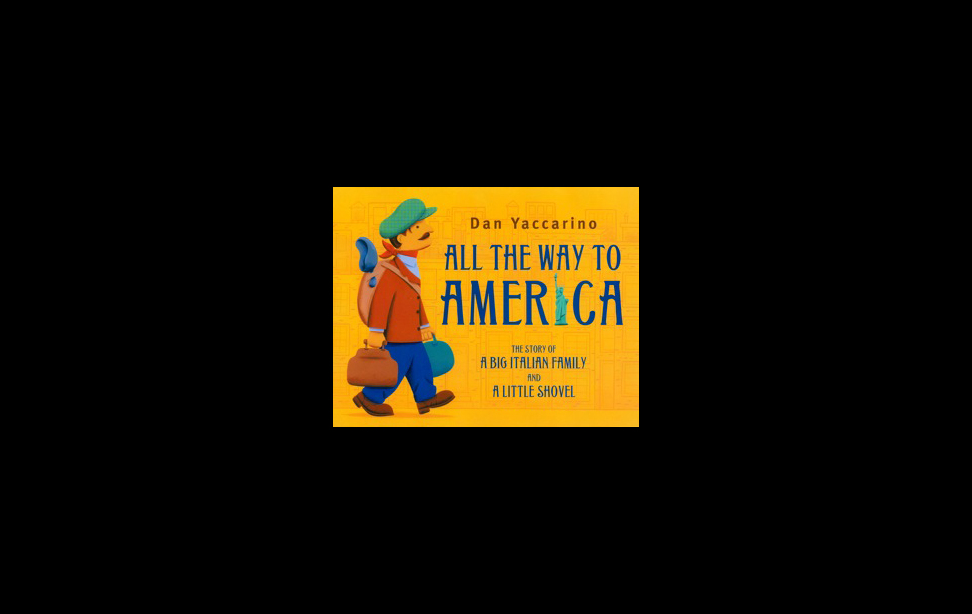 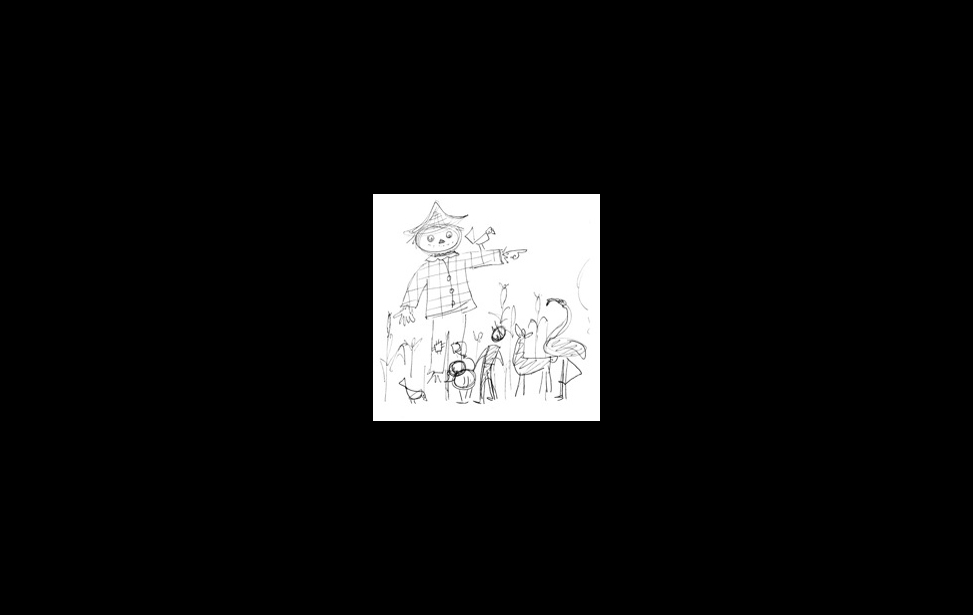 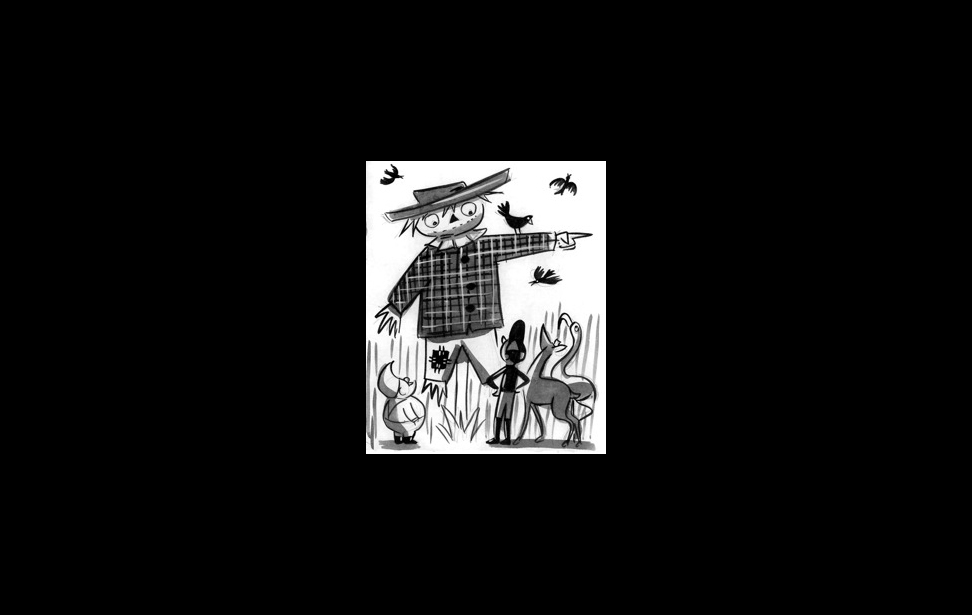 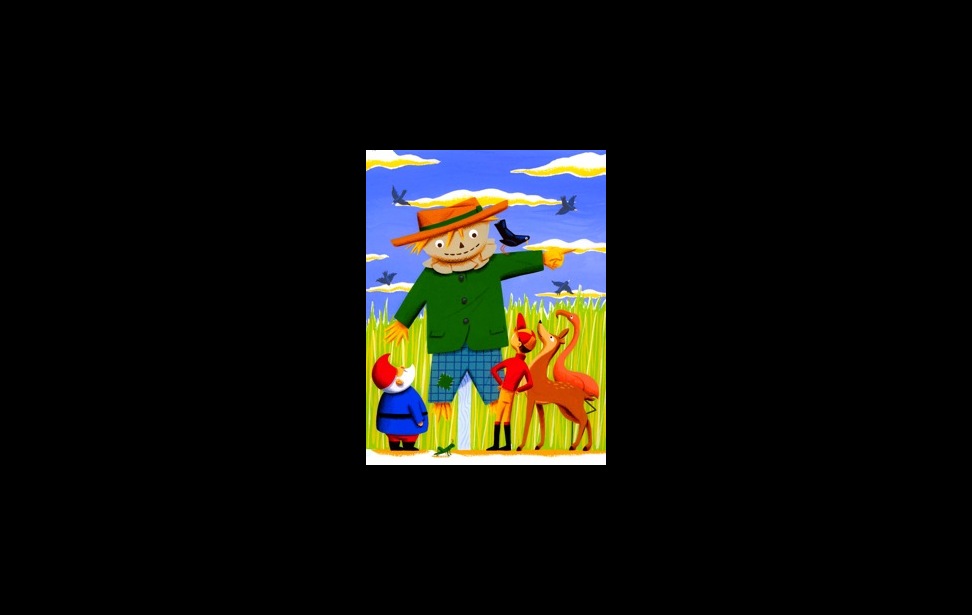 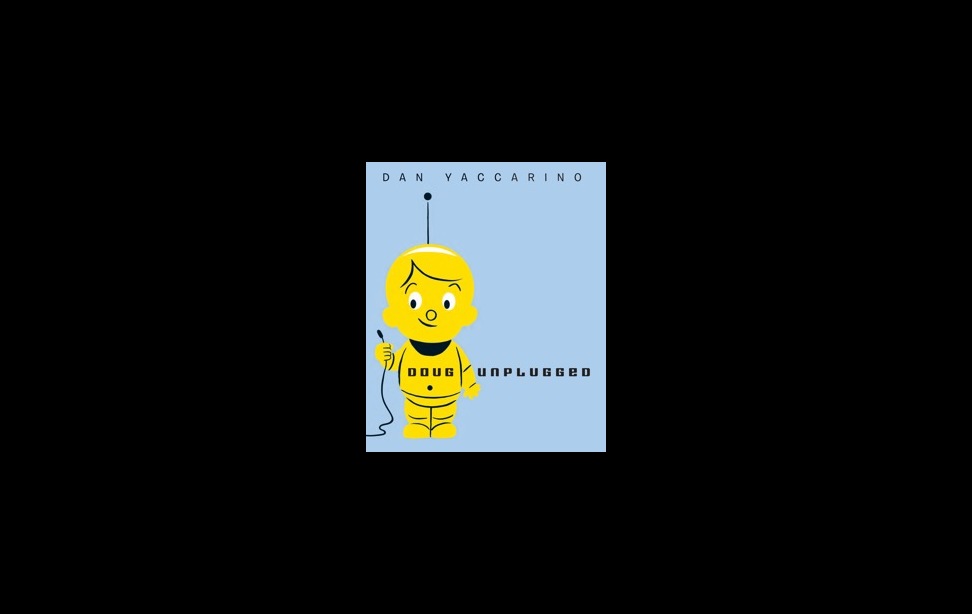 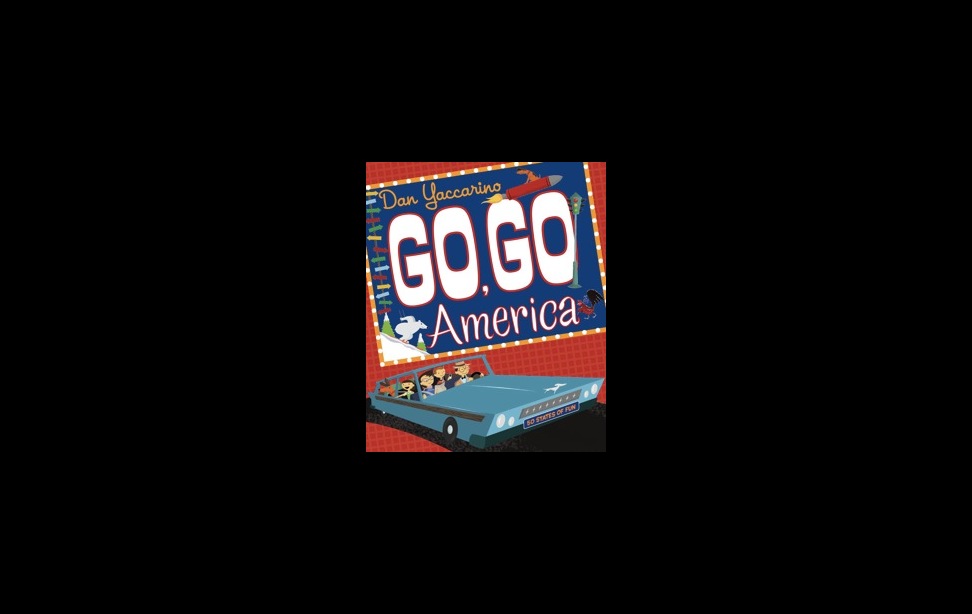 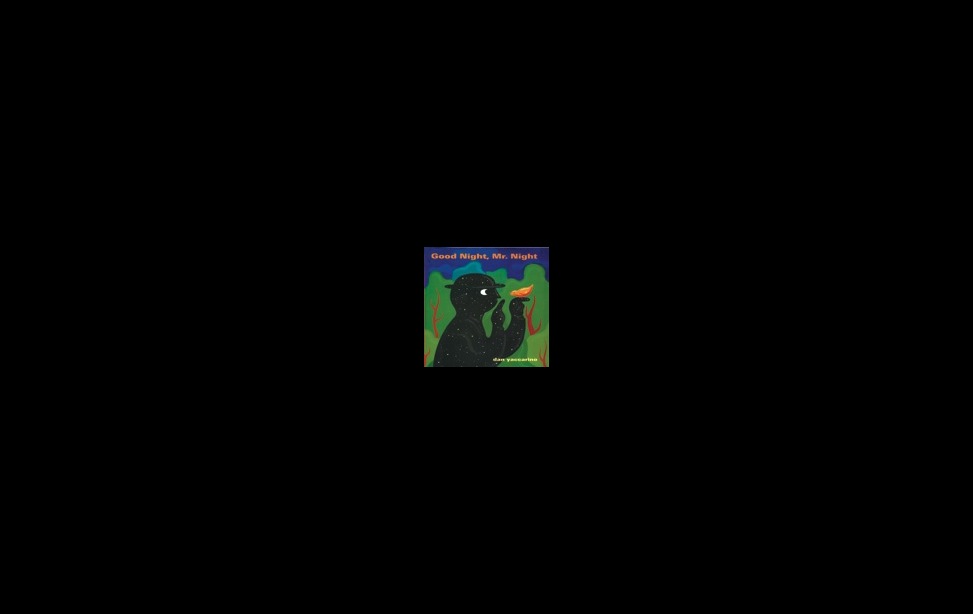 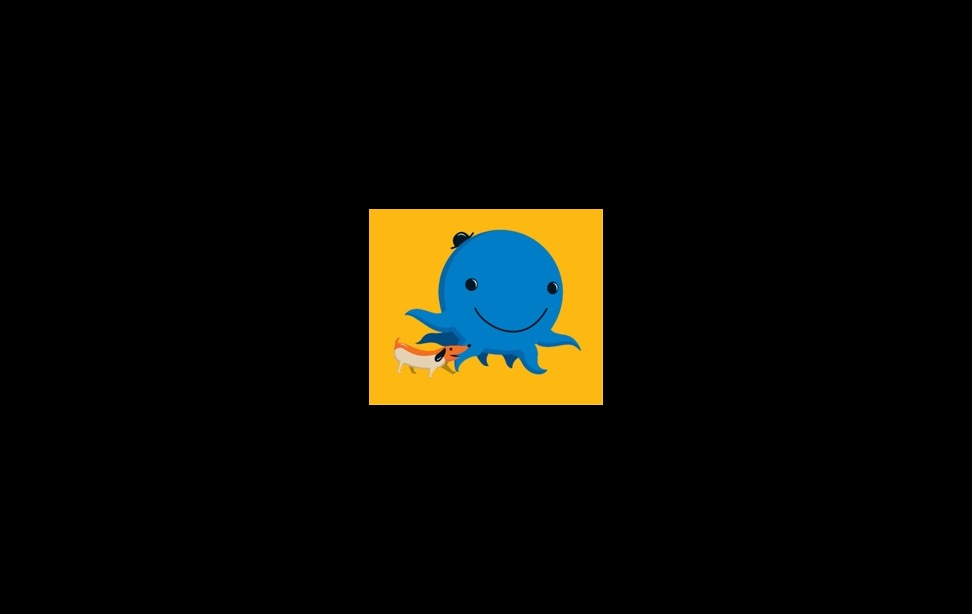 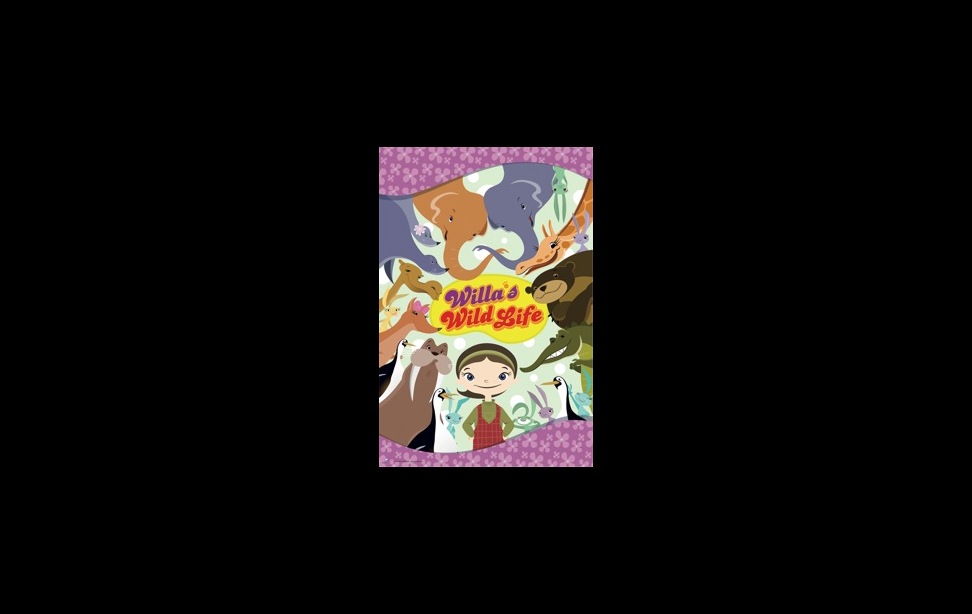 From Children’s Books to Television Series

Dan Yaccarino (as seen in photo 1) gets paid to think like a child. He is the creator/producer for the Parent’s Choice Award-winning animated TV series Oswald (Nick Jr) and Emmy-winning Willa’s Wild Life (NBC/Qubo). He is also the character designer for The Backyardigans (Nickolodeon).

He has published over 55 children’s books with more than 1.5 million copies sold. But his creativity doesn’t stop there. Yaccarino’s talent progresses as rapidly as today’s technology, and he is branching out into novel writing, application designs, and feature films.

Dan took a moment out of his demanding schedule to chat with thalo about his projects.

thalo: How do you pronounce your last name? Can you discuss your family history in your latest book, All the Way To America?

Dan Yaccarino: It's YAK- A- REENO! I've discovered that people like to say my name.

I wanted to create a picture book about my family, which would begin with my Great Grandfather Michael (Michele) as a boy in Sorrento, Italy and progress through the 20th century and subsequent generations up to present day. The element I could never resolve was how I would tie the generations together. The book had been in my head for at least 15 years…it all came out in a few days.

When I first moved out of my parents’ house in New Jersey after graduating from Parsons School of Design in NYC, I happened to take a small shovel that had been in the garage…My father used [it] to spread [rock salt] over the driveway when it snowed…It belonged to his father, who used it at his Italian market to measure out dried beans, macaroni and olives.

The shovel sat on a shelf in all [my] NYC apartments over the next 20 plus years. One day, my wife asked if she could use the shovel to do a little gardening on our terrace and at that moment, the entire book became clear to me (as seen in photo 2). I found a way to tie the generations together. It was the shovel.

th: What mediums/technologies do you use?

DY: I mostly do my books traditionally. I paint them (as seen in photos 3-5 from Lawn to Lawn). I've been painting with gouache on watercolor paper for over 25 years, and I still don't know why. It's the most temperamental medium ever invented. If a drop of water accidentally drips on a painting, it's almost impossible to fix. I've even found that the paint reacts differently to the paper if there's a lot of humidity in the air. However, I've gotten used to working in gouache and find the colors deeper and more luminous than any other paint I've ever worked with.

My next book, Doug Unplugged (February 2013), is mostly digital (as seen in photo 6). I did black and white brush and ink drawings on vellum. I scanned the drawings and colored them in Photoshop, which was a lot of fun.

th: How has technology shaped your illustration process?

DY: My first book was published in 1993 and up until about 2000, I did black and white dummies almost entirely by hand (except for the text, which I printed out and pasted to the dummy. I photocopied the whole thing to show the editor).

My first digital book was Go Go America (2008), a massive 80-page book about the United States…[with] over 400 illustrations in it…I contacted a brilliant animation designer I worked with on my series Willa’s Wild Life…I emailed him black and white line drawings and using a preselected palette of colors, he digitally colored it. I don't think there was any other way I could've done that book in any reasonable amount of time. I think it looks fantastic (as seen in photo 7).

With Doug Unplugged, I can see the major difference in working traditionally versus digitally. There is no commitment. You can move elements around, explore endless color combinations and doodle forever.

Because I started illustrating pre-digital, I've developed a strong inner eye. I work out paintings in my head long before I begin them— always…a good 80% of the image before I put brush to paper. I use the computer. I don't let it use me.

th: What does a typical day look like for you?

DY: I'm always working on at least eight or nine projects at any given moment and it's the only way I know how to work.

I have a major writing project going at all times. It could be a screenplay, TV pitch or chapter book. Right now, I'm working on a humorous sci-fi chapter book, which I hope will become a series. I'm the sharpest early in the day and that's when I get the best and most writing out of me.

My afternoons are usually for everything else: phone calls, meetings, sketches and illustration. I think illustrating uses a different muscle in my brain. Illustrating some books is more [like] a meditation for me, like Good Night, Mr. Night (as seen in photo 8). Illustrating is a very primal thing. It goes back as far as I can remember.

th: How did you transition into children’s television? Do you want to branch out into other industries?

DY: On the Oswald series (as seen in photo 9), I was asked to produce (I didn't know what that meant at the time), to essentially run the show and manage a few dozen people. I was fortunate enough to work with some extremely talented, generous and patient people. In retrospect, the most important part of my job was spotting the right people for a position, hiring them and letting them do their job. If I found myself [fixing] things, I knew I hired the wrong person.

I never took a class on writing for children, child psychology or literature. I've never taken a single class related to television production, animation or script writing. I've learned everything I know by the seat of my pants.

I'd love to branch out into more things in the future. I have a feature film in development and that's incredibly exciting. I have a little experience in toy design, but I'd like to create a series of hip vinyl toys some day. I'm hoping with this new chapter book, I'll have the opportunity to do more long-form writing, which is a lot of fun for me. I also love character design. My first app came out a few months ago.

th: Do you ask your daughter for input on your story/show ideas?

DY: Yes! She always has great ideas. She's an incredible reader and once in a while will take a look at something I'm working on. She's also not shy about letting me know if something's not working for her. Of course I listen because she's my audience, and in a lot of ways much smarter than her old man.

My show Willa’s Wild Life (as seen in photo 10) is about us. It's about a little girl who lives with her dad and a bunch of animals. There's no mom in the show. Not sure what happened to her. I think the alligator may have eaten her. Anyway, it's really about our relationship and how goofy I am, and how she can wrap me around her finger. Because she's such a good person, she doesn't.

th: What advice do you have for artists who are interested in breaking into children’s books or television shows?

DY: My best advice to aspiring children's book authors and illustrators is to check out the SCBWI: www.scbwi.org.

And for anyone interested in children's TV, I recommend the NYC production company Little Airplane's intensive academy: http://www.littleairplane.com/academy/default.aspx

For more information about Dan, his projects, book signings and speaking engagements, check out his website: YaccarinoStudio.com.

All photos courtesy of Dan Yaccarino