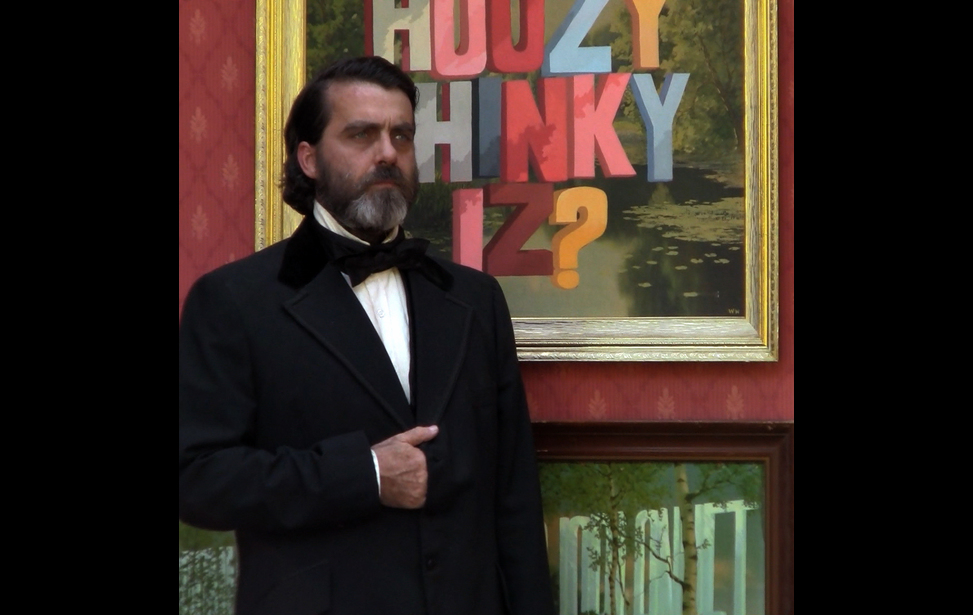 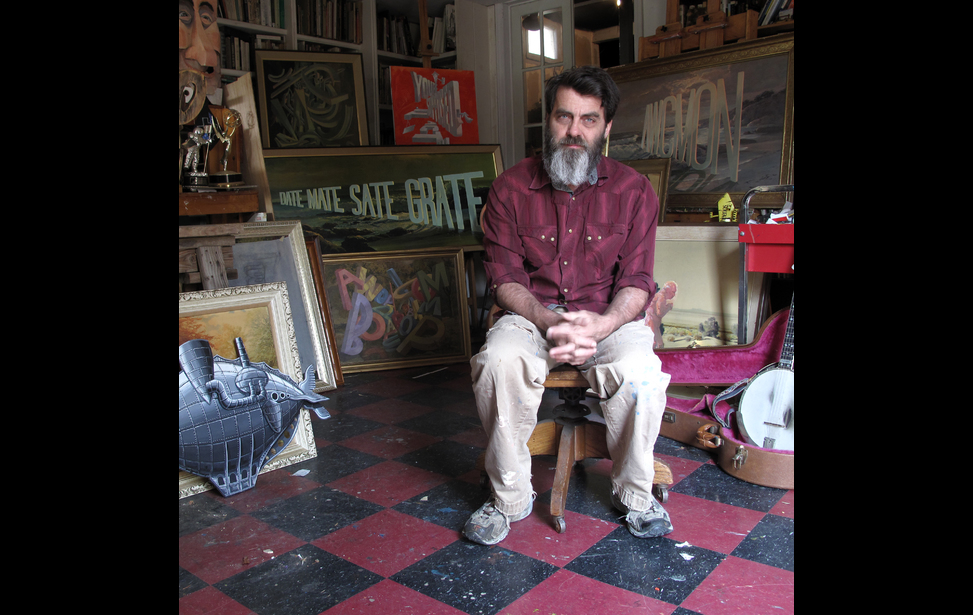 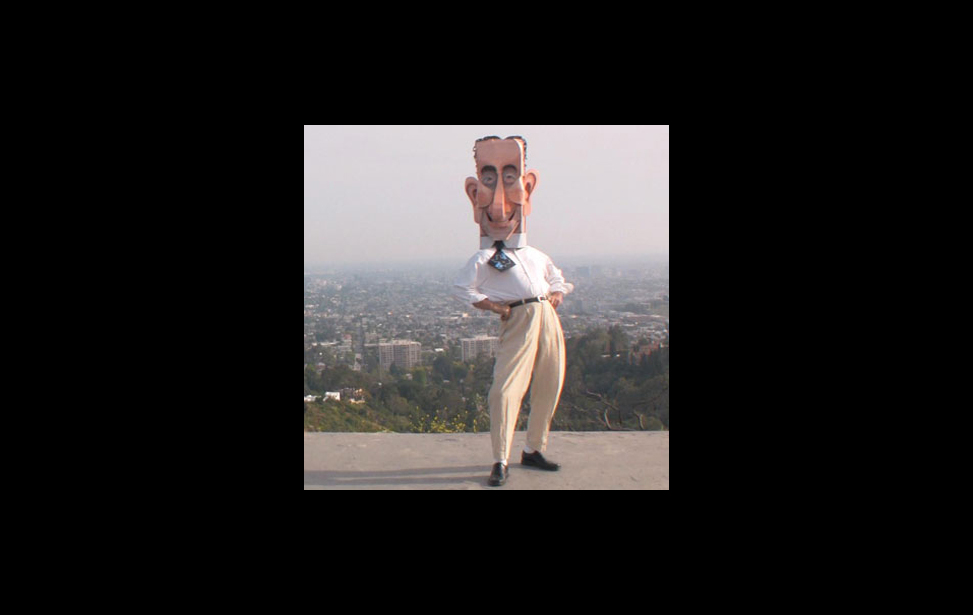 In case his name doesn’t ring a bell, Beauty shows that we already know the man's work without recognizing its creator. That is, unless the TV show Pee-wee's Playhouse elicits a shrug, as do the music videos for "Big Time" by Peter Gabriel or “Tonight, Tonight” by the Smashing Pumpkins. White not only designed sets and puppets for Pee-wee's, he also voiced some of the characters. And judging by footage from a prior children's series he collaborated on, Mrs. Cabobble's Caboose, Pee-Wee owed more of a debt to White than to its better-known faces.

These days, the Appalachian native (as seen in photos 1 and 2) is courting celebrity with paintings that graft snide remarks onto treacly thrift-shop landscapes. And they’re fetching serious coin.

Devo frontman Mark Mothersbaugh tags White as a "founding father" of Pop Art today. Another talking head, Matt Groening, characterizes him as a mix of Zach Galifianakis and the Unabomber. Happily, White’s art does the igniting.

The Emmy laureate and compulsive maker spoke with thalo about his hillbilly beginnings and art.

thalo: Ever had a creative block?

Wayne White: Never. I play with materials and they play back. They tell me what they want to become. That’s the voodoo of being an artist. There are so many forms of communication that people are unaware of. The artist's role is to show that there’s way more going on than our crude language.

th: You´re fluent in so many artfforms. Is that daunting?

WW: I don’t feel intimidated by different mediums; time is short. I’ve always felt the clock ticking since I was a little kid.

th: Were you around a lot of death?

WW: That car wreck was a big influence. I was 8. That early brush with death and destruction and upheaval gave me a sense of fragility and mortality.

WW: You couldn’t even like music. If you liked The Beatles, you were a sissy. It was sports or nothing. I tried to fit that mold, but I got rejected and that hurt a lot.

th: Who were your art gods?

WW: Ralph Steadman was an important gateway for me to the art world -- his crazy, unfettered use of line, color and gesture. That led to German Expressionism and Cubism, Dada, Marcel Duchamp. The underground comics were huge. Robert Crumb. Mad Magazine. Kim Deitch. That defiant spirit is what got me to New York (photo 3).

th: But you´re happy with the film...

WW: Its whole f- you is sweet revenge. All those years of being second banana behind the scenes in Hollywood and never getting the credit I deserve -- just to be petty, now I’m the hero of the story!

Photo 1 Posing with a Word Painting. Photo courtesy of Future You Pictures

Photo 2 The Artist's Studio. Photo courtesy of Future You Pictures