The Library Of Misfit Books 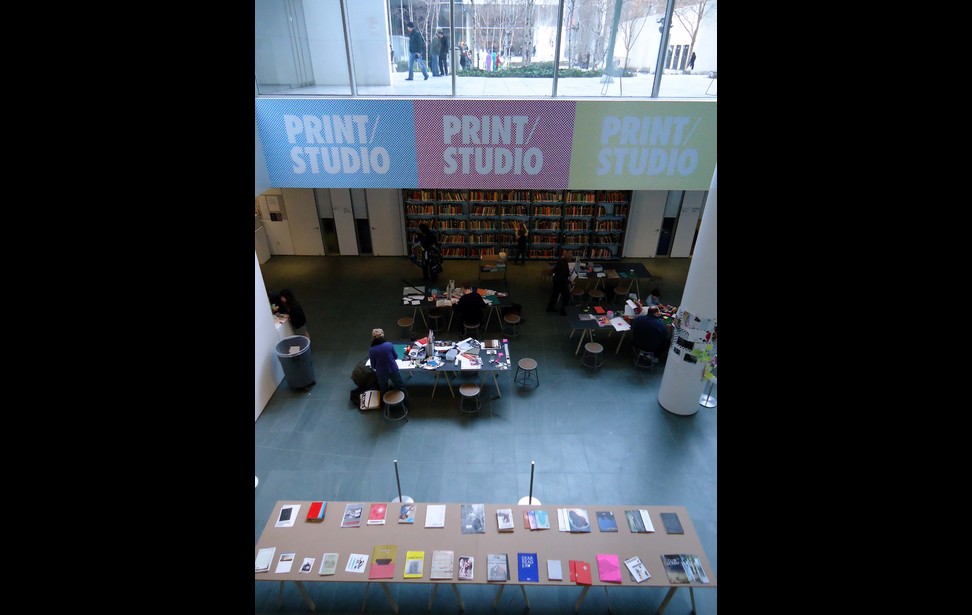 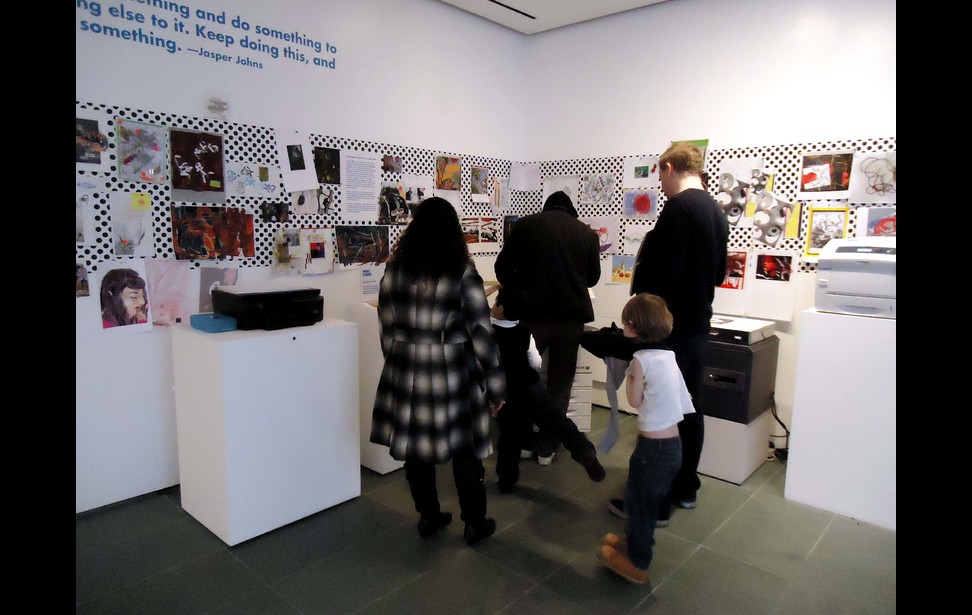 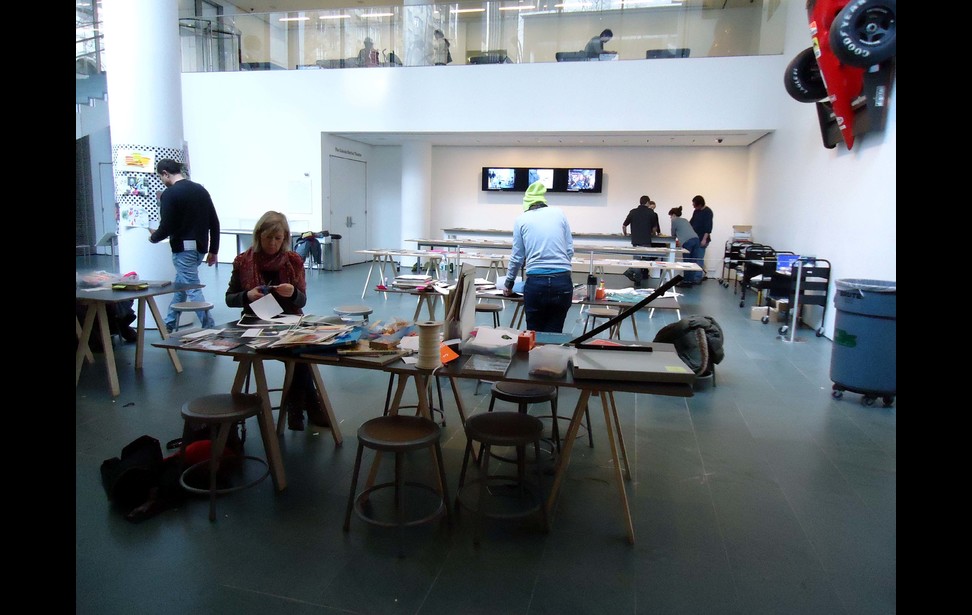 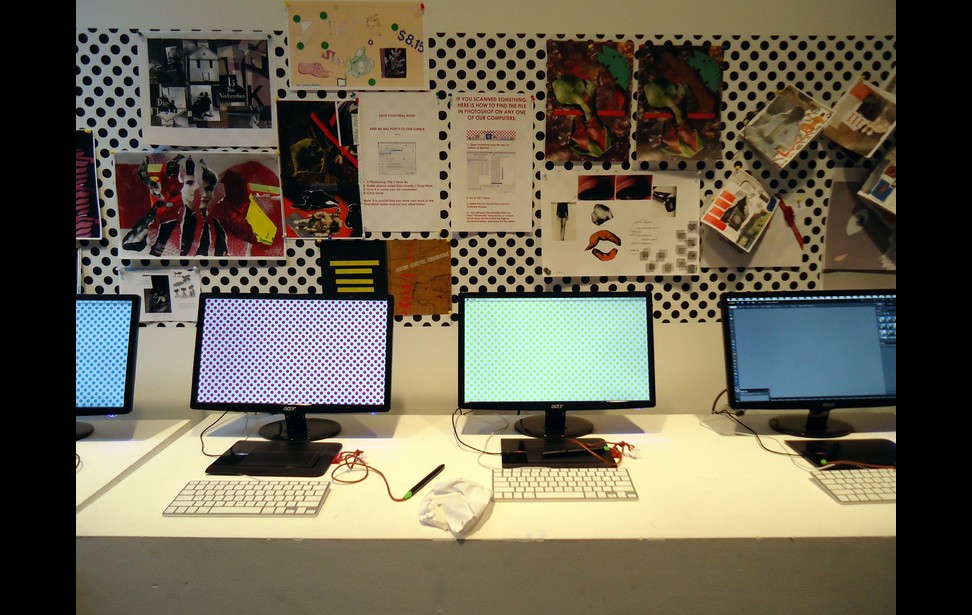 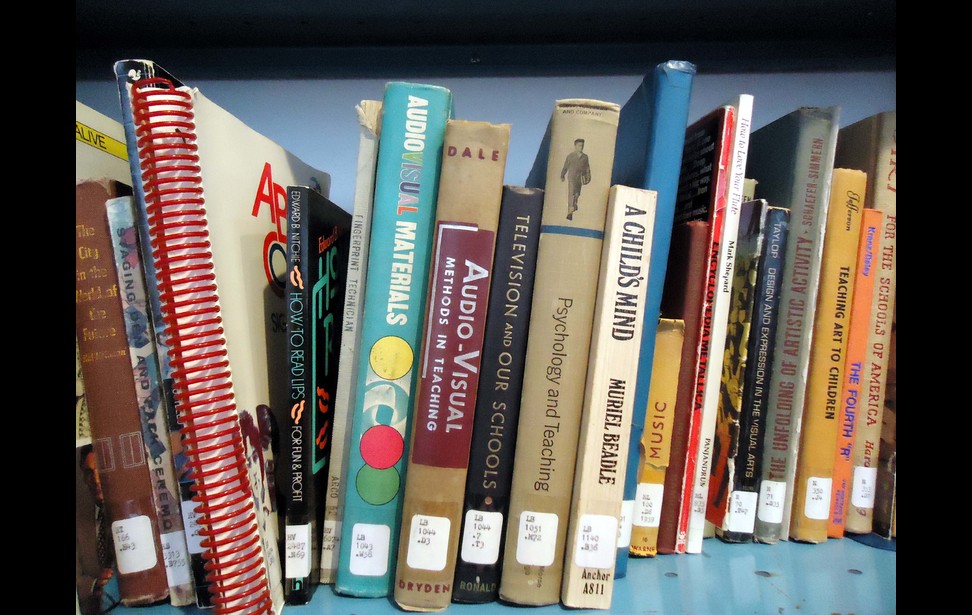 NEW YORK, NY -- Public library collections expand and evolve, replacing old editions with newer ones in a continual effort to maintain relevance. Like closets littered with worn and outdated clothes, they must occasionally be weeded out, making room for those things deemed more worthy of shelf space.

At times like these, librarian Andrew Beccone swoops in to scavenge through the detritus. Beccone “pans for gold in the sediment of print culture,” depositing his booty at The Reanimation Library in Gowanus, Brooklyn. Independent, small-scale, and open to the public, The Reamination Library’s collection is thoughtfully curated with an eye toward visual content. Its books are “culled from thrift stores, stoop sales, and throw-away piles, and given new life as a resource for artists, writers, cultural archeologists, and other interested parties."

Since late January, The Reanimation Library has been temporarily relocated in the Museum of Modern Art on 53rd Street, where it is part of an interactive space called Print Studio (as seen in Photo 1). Organized in conjunction with a new exhibition called Print/Out, which examines the evolution of artistic practices related to the print medium, Print Studio provides visitors with a host of tools and resources with which they are invited to make prints of their own (as seen in Photos 2 - 4). In this context, The Reanimation Library serves as a wealth of raw material, fueling hundreds of creative projects.

Even in its new museum settling, The Reanimation Library’s collection retains its entire offbeat and endearing idiosyncrasy. It’s a bit like the book-world equivalent of the Island of Misfit Toys—each book stands, straight-spined, between equally fortunate and unlikely neighbors (as seen in Photo 5). One can find plenty of amusement just perusing the titles: Sex Lives of Animals without Backbones, Catalogue of the World’s Most Popular Coins, Protecting Perishable Food During Transport by Motor Truck.

I found myself entranced by a book published by NASA in 1968 called Earth Photographs from Gemini VI through XII. Each page contained a photograph of the earth taken from space—speckled cloud formations, the lightning bolt zigzags of rivers and mountain ridges, rust colored deserts and ultramarine oceans. I couldn’t imagine someone intentionally getting rid of this book, but I looked it up when I got home and saw that it is available online in its entirety.

One of The Reanimation Library’s aims is to “explore pathways between digital and analog worlds,” and MoMA’s Print Studio has created a perfect platform for such exploration. Print Studio offers free drop-in workshops on topics such as Digital Finger-Drawing (on iPod and iPad) and Handmade Papermaking. The space is equipped with a color copy machine, scanners, and computers open to Photoshop. There are also printmaking ink and brayers, baskets of crayons, stencils, and rubber stamps, and a light box for tracing images by hand.  Visitors cut and paste with scissors and a glue stick one minute and with a mouse-click the next, participating in the technological hybridization that has come to define contemporary print production.

High on the wall, above an informal gallery of visitors’ works, there is a quotation by Jasper Johns:

It’s simple, you just take something and do something to it, and then do something else to it. Keep doing this and pretty soon you’ve got something.

While this advice is valuable for those experimenting with different modes of printmaking, it also describes the wider phenomenon that gives rise to changes in print culture itself—the way the form of written text has been tinkered with for centuries, evolving with the technologies that govern its production, until a single e-reader contains a library within. Just as the book has taken on radically new form in recent years, our collective notion of what an ‘old-fashioned’ library is and might be must not lag behind. The Reanimation Library is one exciting example of the way an endangered medium can thrive with a bit of imaginative repurposing. The cultural artifacts of the past lend themselves, with extraordinary results, to the tools of the present.