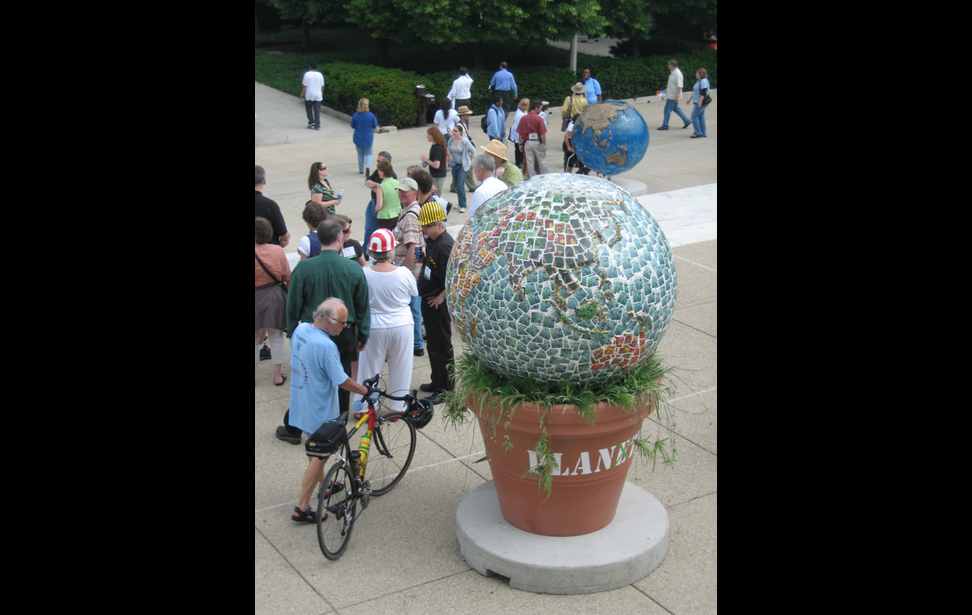 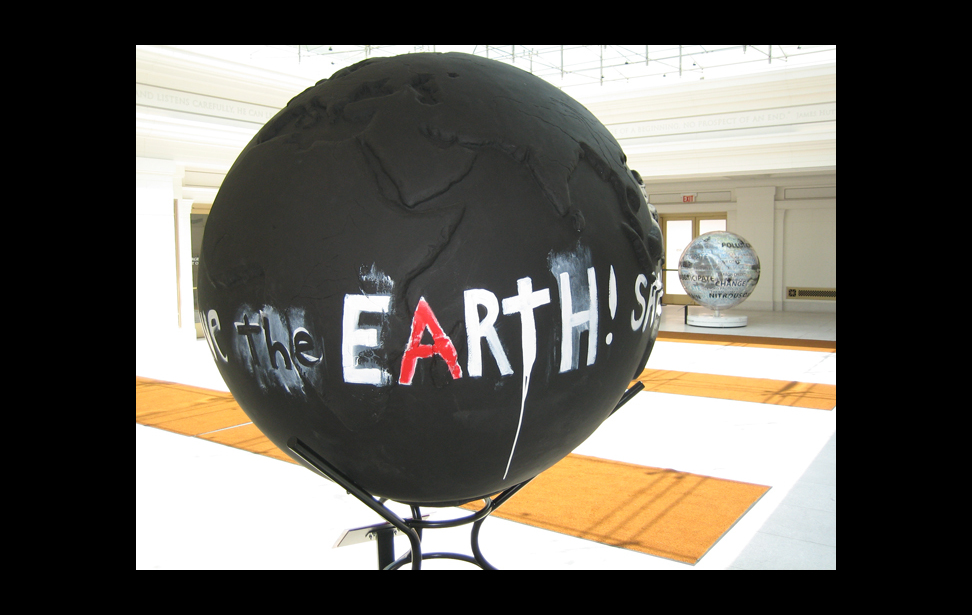 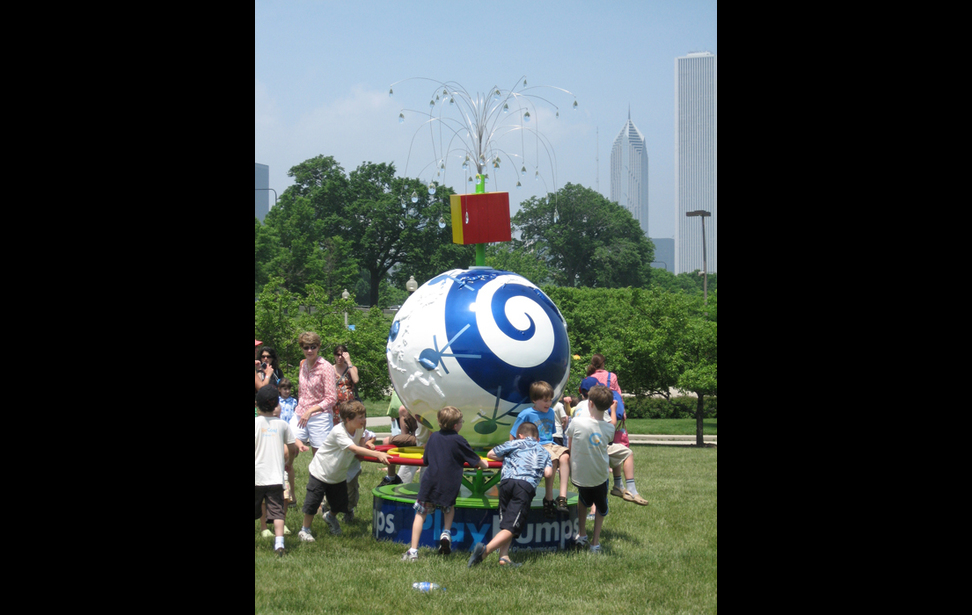 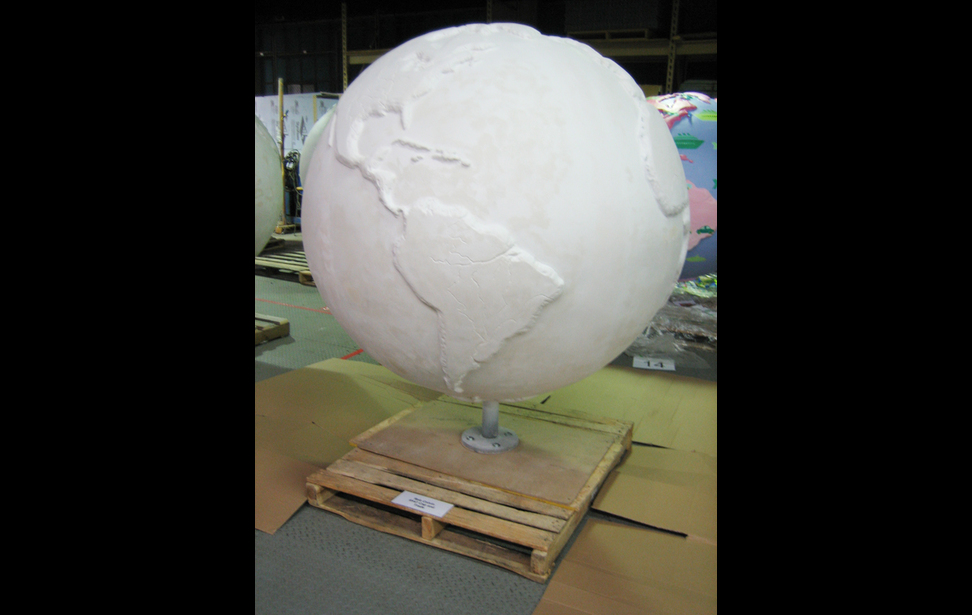 Cities around the world get decorated with ideas.

How would you solve global warming?  This question was posed by visionary leader Wendy Abrams to artists of Chicago in 2006 and she received hundreds of creative responses.  This was the beginning of Cool Globes: Hot Ideas for a Cooler Planet, a public awareness campaign educating citizens about climate change and arming them with ways to combat it.

Ms. Abrams did not consider herself an environmentalist before reading a 2001 Time Magazine article on climate change, but she soon became one.  Concerned over her children's perilous future, she was inspired to action and conceived of "pubic art with a purpose."  She hired a sculptor to create a large five foot in diameter globe with raised continents recreating the earth's topography (as seen in Photo 1). The original work was cast and over 120 fiberglass full-scale reproductions were made, becoming the 'blank canvas' for artist's with big ideas.  Artists with accepted design proposals were given a globe, stipend, and studio space to realize their visions, paid for by contributing sponsors ranging from local businesses to the Clinton Global Initiative.

Chicago warehouses were filled with seven foot tall globes and artists, creating a sense of community as artists worked together, shared ideas, and formed lasting friendships.  Problem solving was the biggest thrill for the artists, none of whom had tackled a project quite like this.

In Spring of 2007 these globes were arranged along Chicago's waterfront, stretching from the Field Museum of Natural History to Navy Pier, as well as selected locations in the city.  "Please Fly Wisely" is Lee Tracy's solution, mapping out intercontinental flight paths while letting viewers know airplanes produce 600 million tons of carbon dioxide a year.   Vivian Visser's "Wave Power" shows us how ocean tidal waves can be converted into a source of renewable energy.  Turning trash into art was Angela Brigg's highly-original idea, with the title "We Are in this Together, Los Angeles Takes the Lead."

Receiving national attention, Cool Globes (see Photos 2 - 4) began its tour, dozens of globes migrating to Washington DC, as others were purchased for a permanent home in Chicago.  Next destinations –San Francisco, then San Diego, and the Sundance Film Festival.  In each new location, local artists, students, and activists join in with their own ideas such as rooftop gardens, green investing, and even saving snow.  Los Angeles, Houston and Copenhagen were descended upon in 2009; Geneva, Marseille, and Vancouver in 2010; and Amsterdam in 2011.  "Cool Globes for Cool Kids" is an initiative with local schools to create solution-generating contests that display winning entries in public exhibitions.  Millions of people around the world have become inspired and prepared to take on the climate change challenge.  What's your idea?