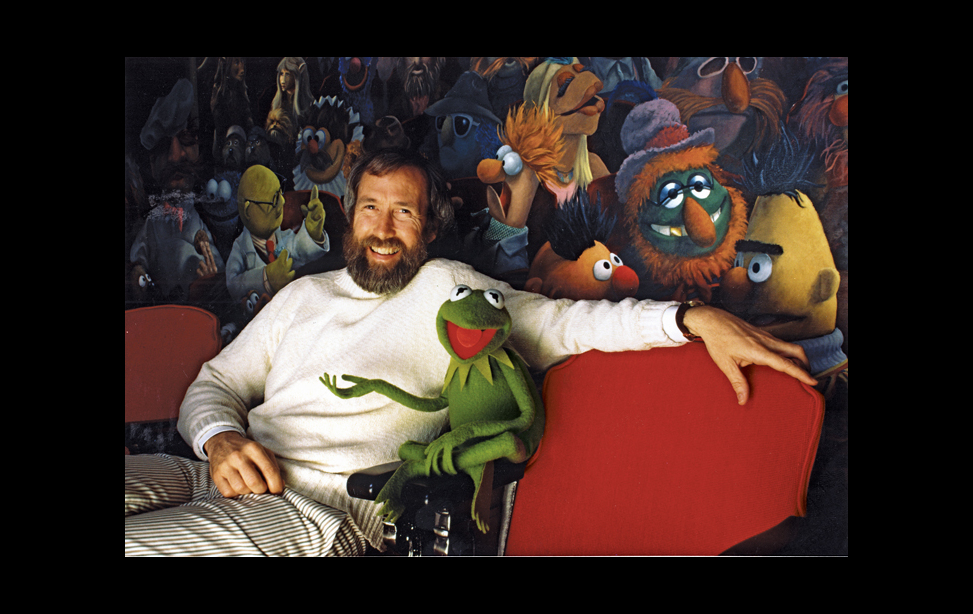 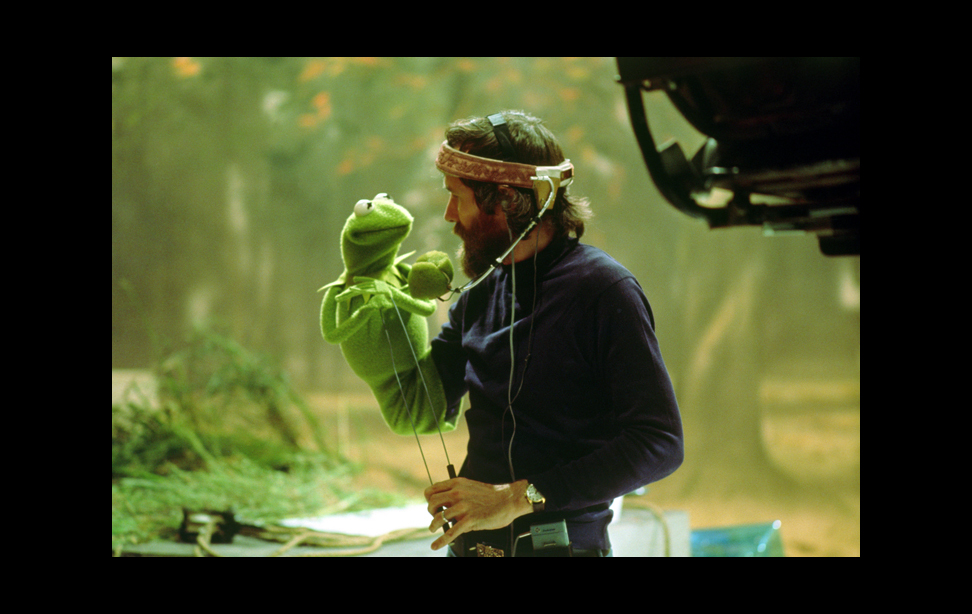 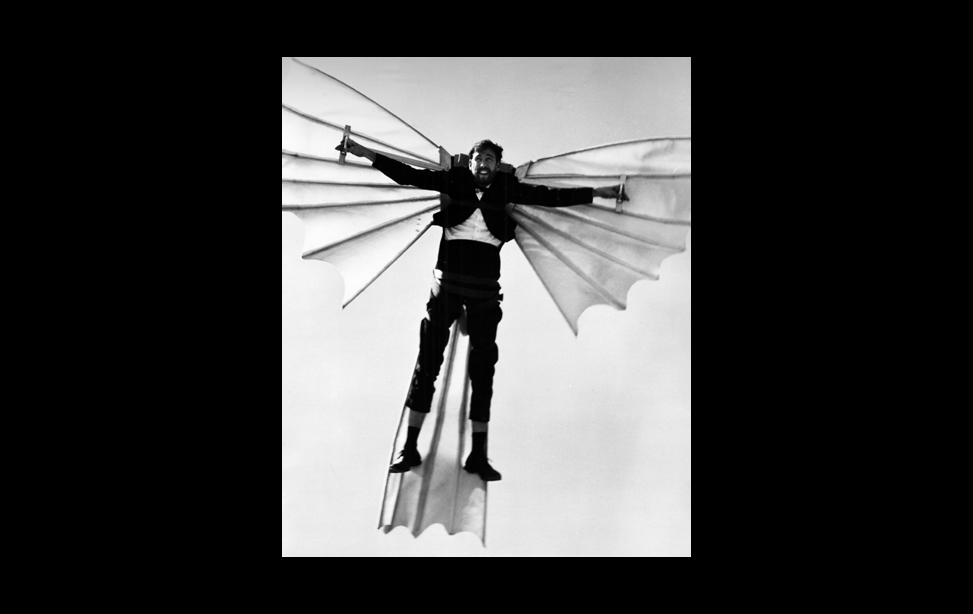 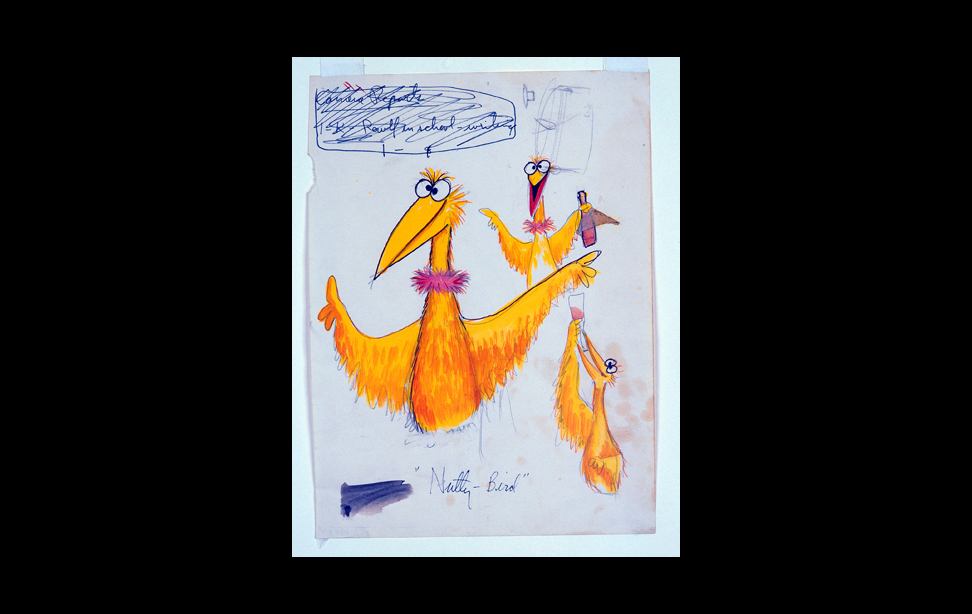 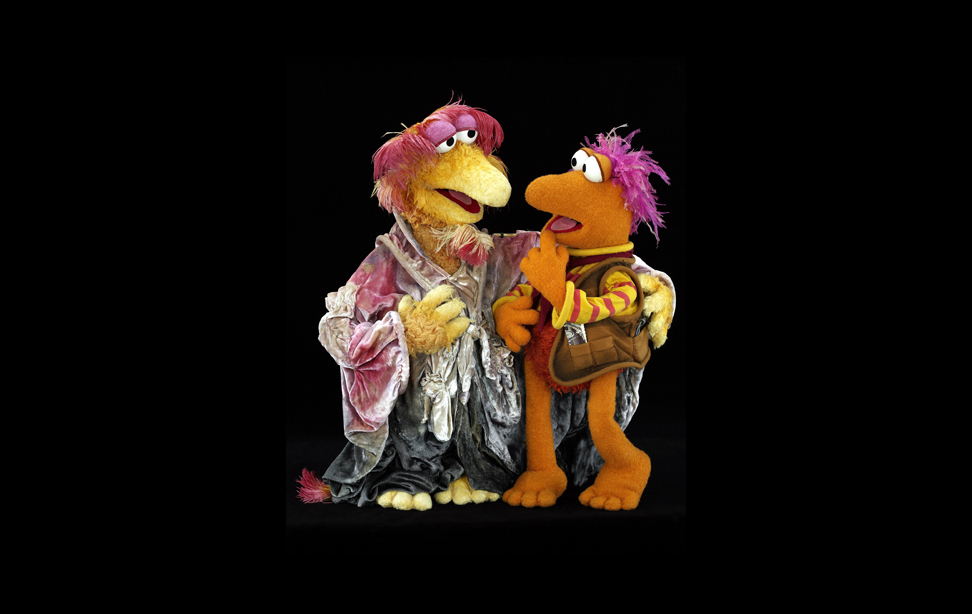 NEW YORK, NY -- A couple of ping pong balls and his mother's old green coat was all it took teenage Jim Henson to create what would become the world's most famous talking frog.  Kermit the Frog (seen with Jim Henson in Photos 1 and 2), the most responsible and well-mannered of Henson's Muppets, is just the beginning of what's on view in "Jim Henson's Fantastic World" at the Museum of the Moving Image in Astoria, Queens.

Visitors are reacquainted with many of their favorite puppets, while also being offered numerous surprises. For example, Henson once designed a never-realized psychedelic nightclub called Cyclia. Featuring more than 120 artifacts in all, the comprehensive retrospective, which is now in its last stop, forever proves Jim Henson was one of the most creative minds in modern entertainment, and a pioneer of film, television, and of course puppetry.  From early animatronics and giant marionettes to puppets larger than human scale, it was Henson's limitless imagination that made puppetry what it is today. Best known for "The Muppet Show" and "Sesame Street," which is still in production across the street in Kaufman Astoria Studios, Henson forged a decades-long career spanning several mediums through his unstoppable creative impulse that was in essence anarchic and playful.

Eye-catching is the comedic violence seen in his earliest, relatively unknown, work in television commercials, such as the ten second advertisements for Wilkins Coffee.  In one sketch, an unlucky puppet gets shot point-blank by a canon for not being a brand customer.  Lesson learned!  Henson jokingly remarked that he never knew how to end a skit, so he often resorted to having one puppet explode or get eaten by another.  Such physicality never retired from Henson's scripts, as Miss Piggy, we remember, was fond of backhanding her beloved Kermit (whom Henson claimed was his alter ego).

New to me was Henson the experimental filmmaker.  Time Piece (1965) is an Oscar-nominated experimental short that dispenses with linear narrative through a pastiche of surreal segments joined together mostly by overlapping physical movement and musical rhythms. (as seen in Photo 3)  First screened at the Museum of Modern Art, the work is still studied by film students for its brilliant editing.

The Muppets are the centerpiece of Henson's career, forming the cast of "The Muppet Show" (1976-1981),  "Sesame Street" (1969-today), and the Muppet movie franchise, although most of the characters had many previous incarnations.  Kermit was not yet a frog on Henson's show "Sam and Friends" (1955-1961), but more an abstract lizard-like creature.  Big Bird had a forerunner in "Nutty Bird" (as seen in Photo 4) the star of 1966 Royal Crown Cola commercial.  At full fruition, the Muppets commanded through "The Muppet Show" an audience of 235 million viewers in over 100 countries.

Henson, who died in 1990 at the age 53, considered himself to be a "visual thinker" and drew upon his own life experiences to create his characters and themes.  In speaking of his puppetry, he once claimed, "All of this stuff is about mankind trying to see himself in perspective.  This is the kind of thing puppetry does well."  If you can catch "Jim Henson's Fantastic World," you too can share in the chaotic fun of this artist's unforgettable work.