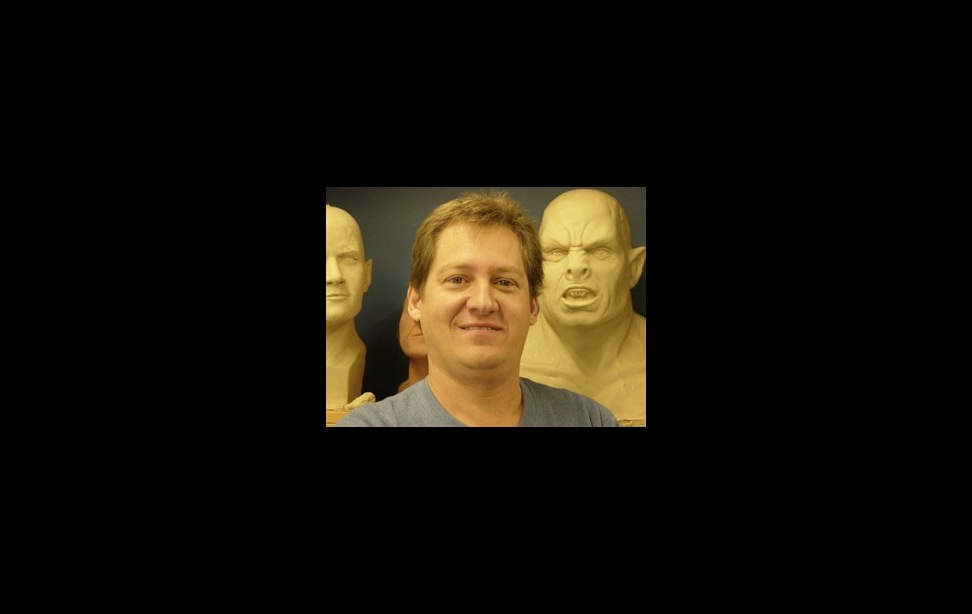 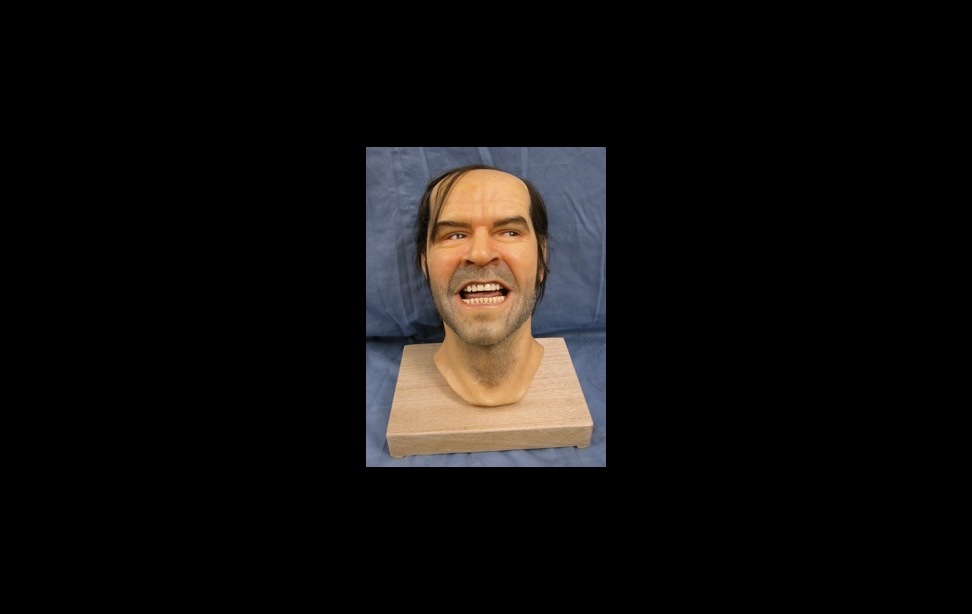 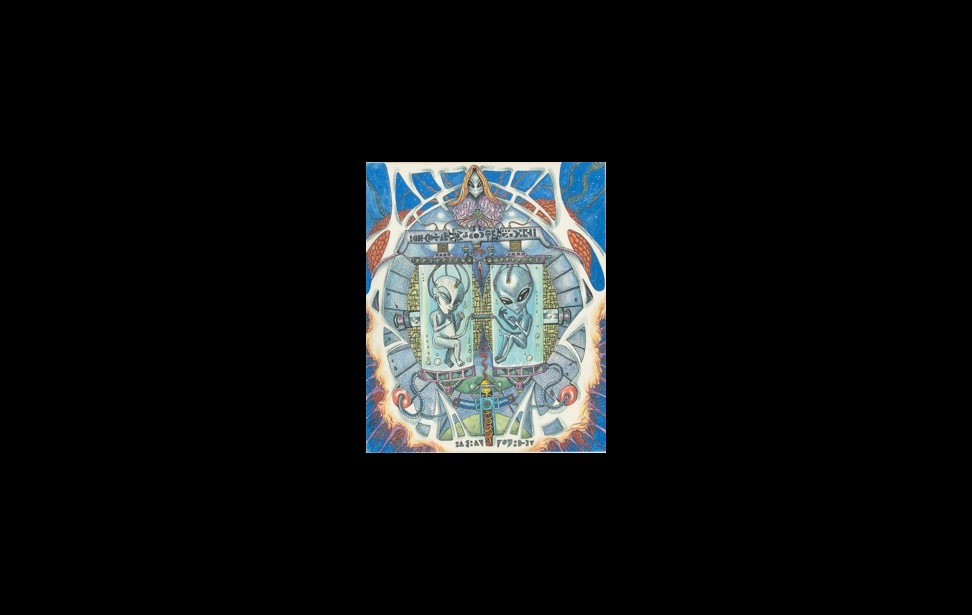 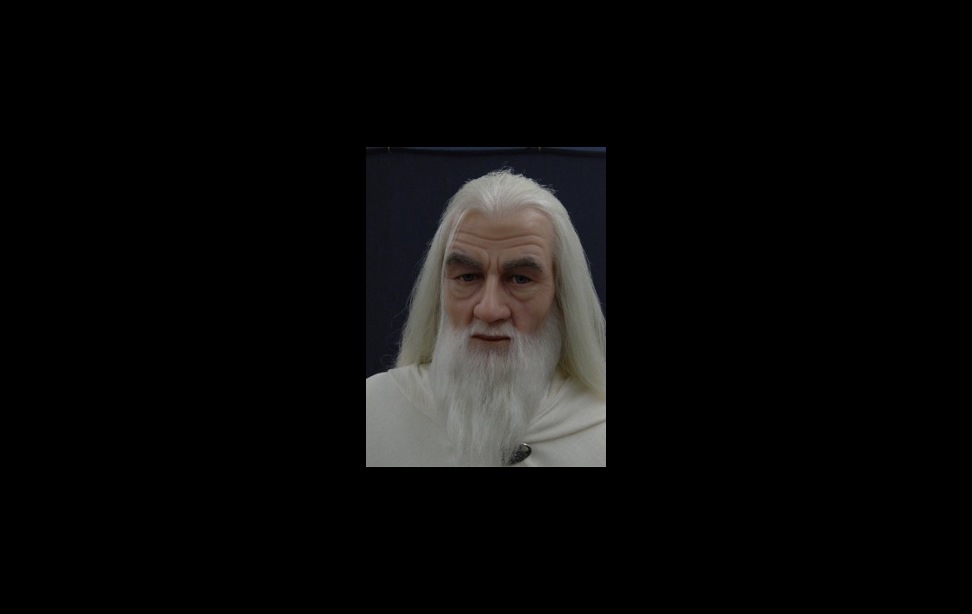 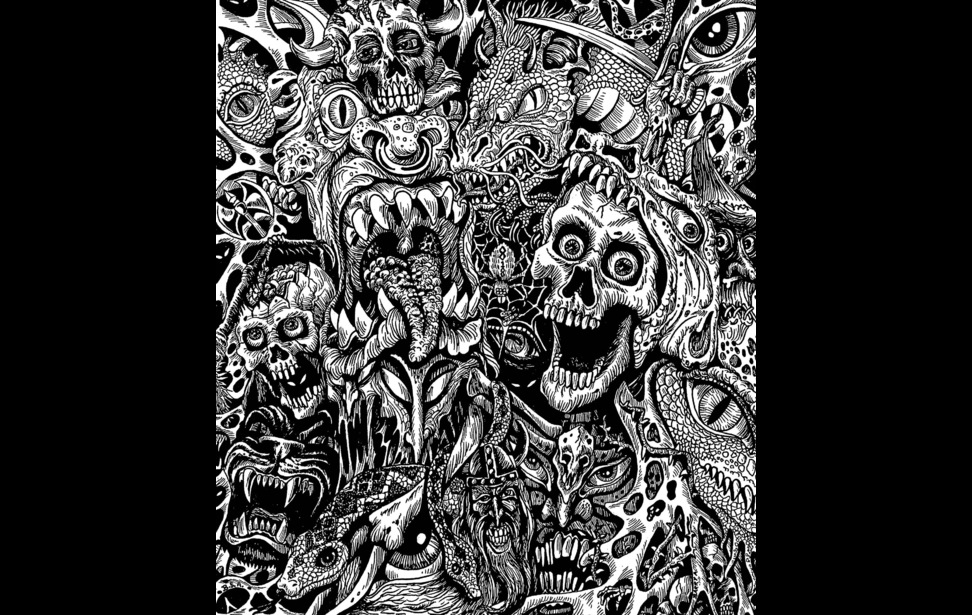 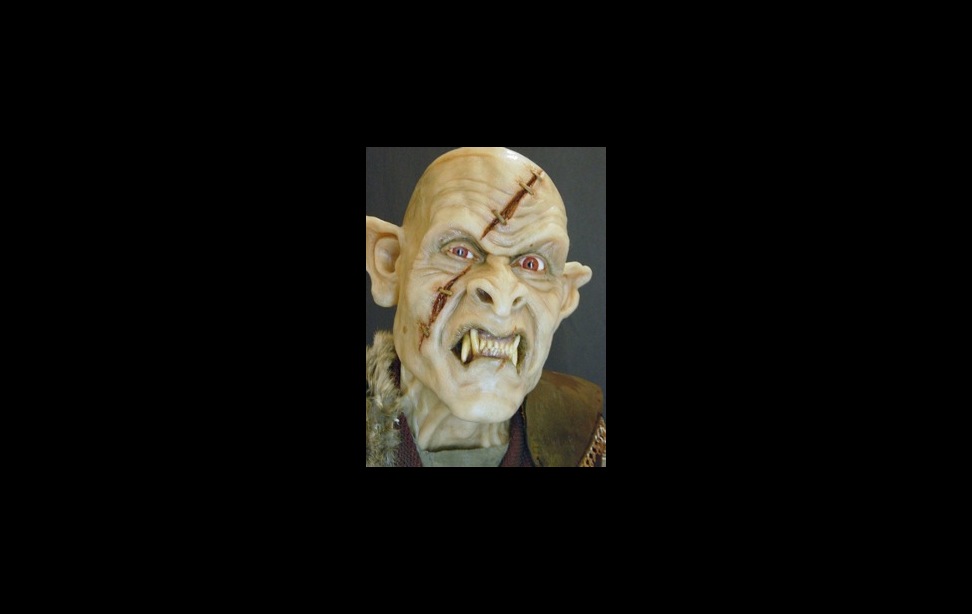 Barry Anderson’s life is one continuous horror after another. He stumbled upon the business accidentally more than 25 years ago and it was the best sidestep he has ever made.

Since 1984, Anderson (as seen in Photo 1) has worked on fifteen films, including George Romero’s Day of the Dead, The Unholy, Jeepers Creepers 1 and 2, Mr. Nanny, and the 2007 remake of the cult classic Hairspray, starring John Travolta. Simultaneously, he worked for Ripley’s Believe It Or Not! as Lead Artist and Director of the Art Department before his official retirement in 2011.  Anderson agreed to sit down with thalo and reflect on his past 28 years as sculptor and artist.

From a young age, Anderson loved horror movies and comics. He drew his favorite monsters and scared neighborhood kids with homemade horror props, especially on Halloween.  When he grew up, Anderson studied at the Art Institute of Pittsburgh to learn design and commercial illustration until he discovered a film makeup school in Miami, Florida during Spring Break. He broke into the film industry after taking a few acting workshops, pursuing an agent, and landing a minor role on Miami Vice. On set, he networked with industry professionals, including Tom Savini, whom Anderson eventually worked under with a team of artists to create an army of “gut munching” zombies on Day of the Dead.

Anderson’s special FX and makeup talent brought him to Ripley’s Entertainment in 1994.  His sculptures and artwork have appeared in museums all over the world, including Louis Tussauds wax works, New Great Wolf Lodge, and Ripley’s Believe It Or Not! museums and attractions.

Anderson gained experience in mold making by working as an assistant to a master mold maker. His sculpting process begins with the subject as reference.  He sketches out designs and builds an armature—a metal framework the sculpture is molded onto. Anderson prefers sulphur-free clay because it allows him to make silicone molds without inhibiting the material. He works with a blend of several waxes to create a formula that will keep it tough but pliable. What he loves most about wax is that it “has a wonderful translucency that mimics human flesh.” He also works with silicone, urethane resin and bronze casts. He builds up his forms until they are satisfactory before casting his chosen materials into the mold. He removes the cast after it sets, and cleans and retouches it as needed. For museum figures, he inserts glass eyes, acrylic teeth and human hair into the wax.  He paints his sculptures in layers of translucent oil paints until flesh tones and features reach his desired effect.  Most sculptures take three to six months, but may take as long as one year until completion.

One of Anderson’s most difficult challenges is working with live models. Celebrities he has worked on include boxer Bernard Hopkins and actor John Travolta. Full body casts take four to six hours, so he works on one section at a time in approximately one-hour increments, providing breaks in between. He works with a team of three other people for efficiency and keeps an eye on the model’s comfort level and safety.

“Every second counts when the model is under the mold,” Anderson says, and it is his responsibility to make sure the model can breathe and is not experiencing any discomfort, pain or anxiety.  “Some models find the process very relaxing and fall asleep,” he continues. “In my whole career, very few models have had severe panic attacks.”

Anderson may have retired from Ripley’s Entertainment, but buying a home on the golf course is the furthest from his mind. He has too many projects he wants to pursue, such as special FX and makeup designs for Hollywood films and training workshops for CSI detectives in forensic reconstruction. His current project involves a forensic sculpt on an Ancient Incan cradle boarded skull.

Anderson would like to focus on his freelance work in illustration as well because it is less physically strenuous than sculpting. He has professionally illustrated for years, designing artwork for printed apparel and magazines, including the cover art for the Fall 2009 issue of Mysteries.  He works in several mediums including pen and ink, acrylic and watercolors.

With the inundation of information online, Anderson believes anyone wishing to break into sculpting and special FX should begin with books and videos by experts to ensure quality and safety measures.  He encourages all artists to utilize the Internet to showcase their portfolios and network with other professionals in the field.

Anderson may have grown up, but his love of horror remains fresh.  He feels most blessed to have a supportive family. His father is most proud to watch his son build a successful career out of a childhood passion.  His wife and son encourage his creative endeavors, as macabre as they may seem; though they ask that he hide the bodies when friends come over to play.

Throughout his career, Barry Anderson’s workspace has always been filled with demons, monsters, body parts and rarities like Jack Nicholson’s head (as seen in photos 2 - 5).  When these villains come alive on screen, Anderson pulls viewers into his vision of all things horror, and for that fans are eternally grateful.