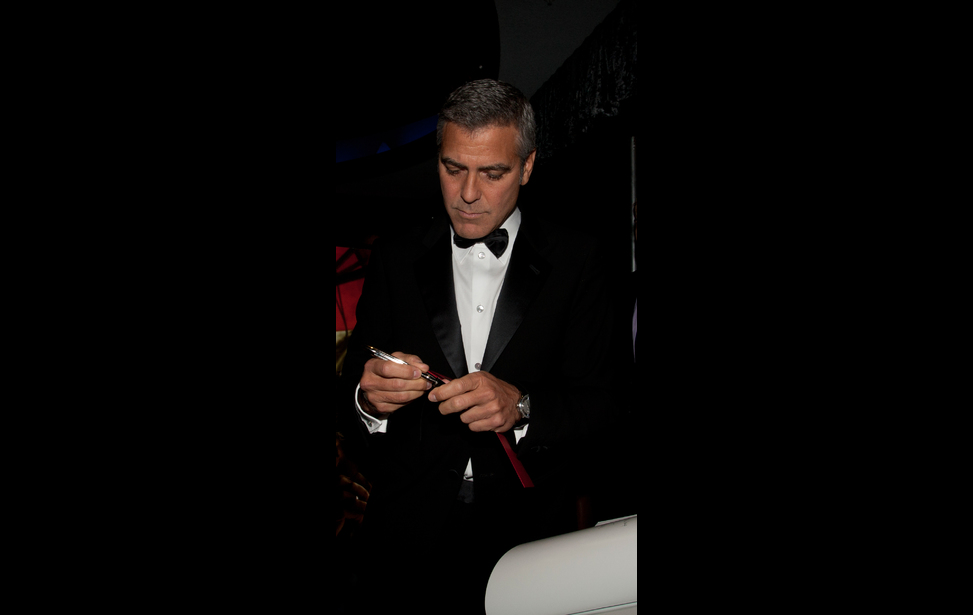 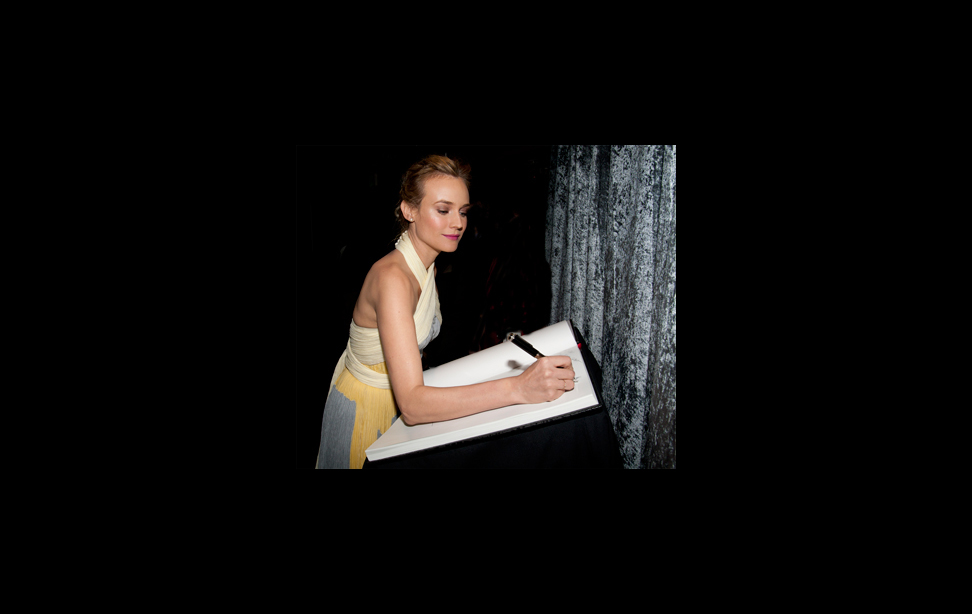 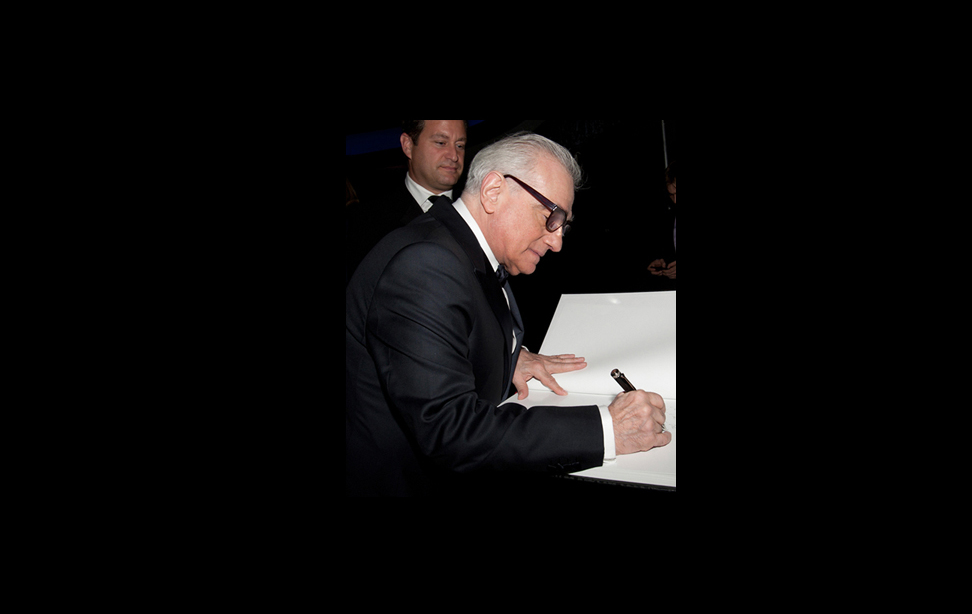 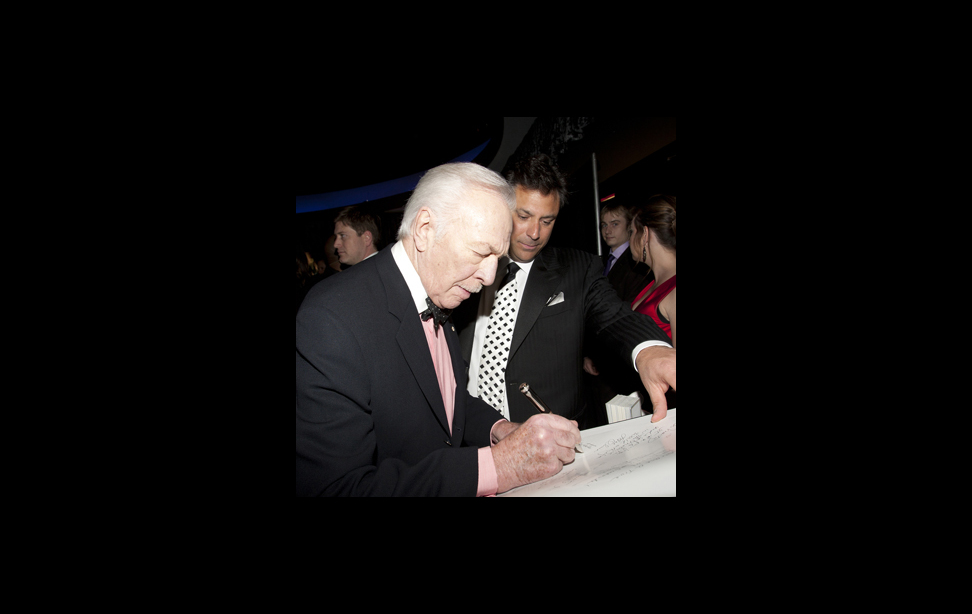 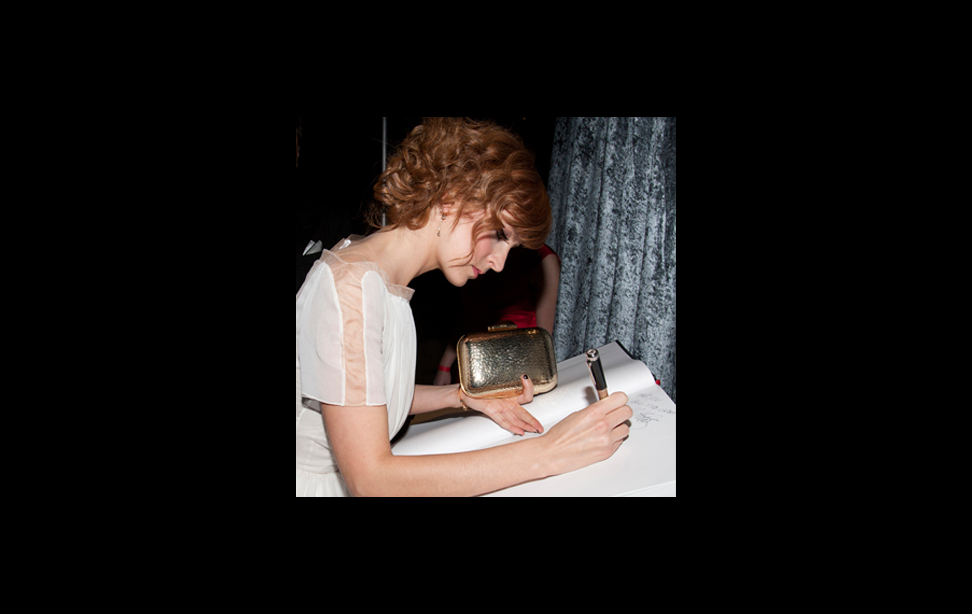 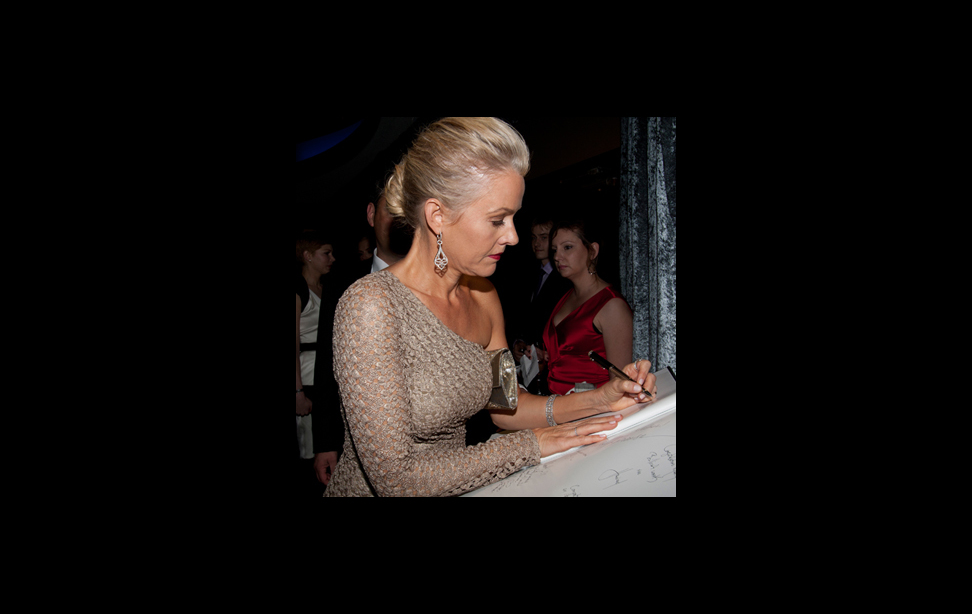 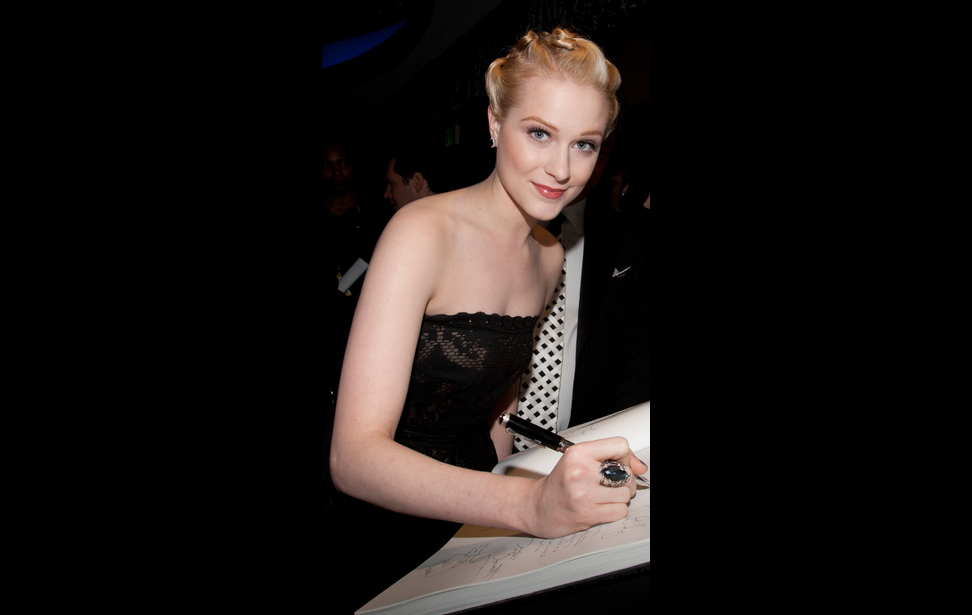 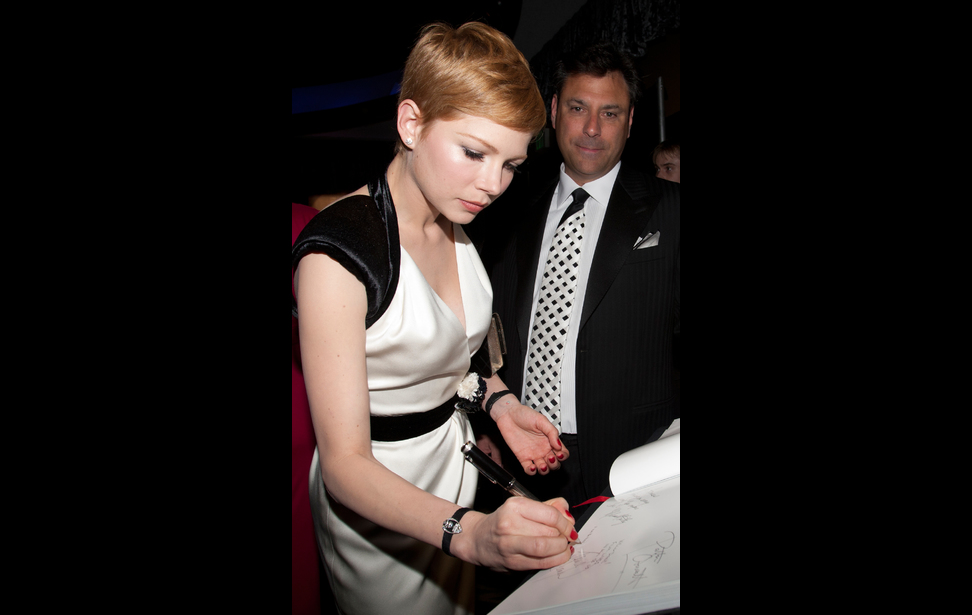 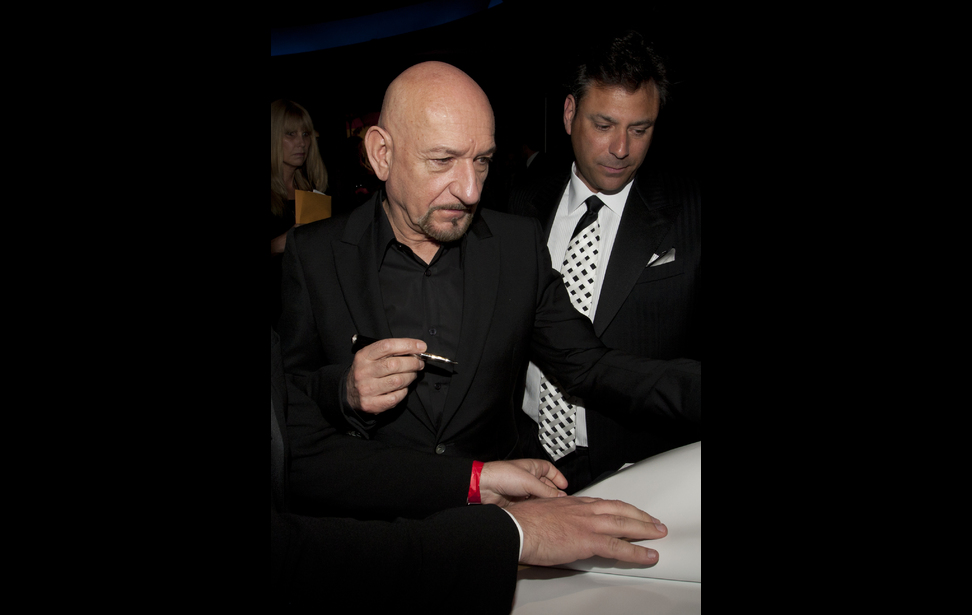 Award season has arrived and the year’s “first awards show”—the Critics' Choice Movie Awards—has heralded the films, directors and superstars that will eventually grace the red carpet for the Academy Awards and on February 26th for the Oscars. In 2010 twelve Critics' Choice Movie Awards recipients later won Oscars, as did thirteen award winners from the 2009 awards. All four of the 2010 Critics' Choice Movie Awards winners for acting—Colin Firth, Natalie Portman, Christian Bale and Melissa Leo—went on to win Academy Awards. Michel Hazanavicius has received ten Oscar nominations for his film The Artist—a black and white ode to the silent film era. The French director's work received the Best Picture award. The film trails closely behind Martin Scorcese's Hugo, by one nomination.

Scorcese received special honors from the Critics' Choice Movie Awards on January 12th; the legendary director was selected as the Music + Film honoree.  The tribute to Scorcese's immense and inspirational career was cast off with a montage threading through his musical documentaries—The Last Waltz, Shine a Light, George Harrison: Living in the Material World (winner of the Best Documentary award)—and his iconic films—Taxi Driver, Raging Bull, Gangs of New York, Cape Fear, and Casino. Following this tributary-montage, folk music icon Bob Dylan took the stage to perform Blind Willie McTell, a song featured in Scorcese's PBS documentary series The Blues. The tributes also included an autograph book signing sponsored by Pelikan fine writing. Attendees used an elite Pelikan pen to sign the book (as seen in Photos 1 - 9), which was later presented to Scorsese as a token commemorating his achievements. Leonardo DiCaprio introduced Scorcese, and the honored artist gave a sincere speech about the impact of music on his life:

"This award has a very special significance to me, so I'd like to begin with a special thank-you to Django Reinhardt, Stéphane Grappelli and the Hot Club of France. That was the music I used to hear when I was growing up in my apartment in New York, even before we had a TV, in the middle to late '40s. Before anything for me, there was music and conversation, and for me they were both the same thing," Scorcese concluded. Scorcese was joined onstage by Olivia Harrison, George Harrison's widow and the subject of Scorcese's 2011 documentary on the ex-Beatle.

Comedians Rob Huebel and Paul Scheer hosted the "ninth most exciting night in Hollywood" from the Hollywood Palladium. French Director Michel Hazanavicius stole the evening and the awards for Best Director and Best Picture. His film, The Artist, took home four awards (Best Picture, Best Director, and honors for Best Score, and Costume Design) for the evening, barely topping The Help, which took home three awards. Hazanavicius began his speech by admitting that he was unclear what "Best Director" really meant. "After seeing a clip of Martin Scorcese's work, and passing by Steven Spielberg's table, I think it's stupid." The French Director quipped while accepting the award, “I made a silent movie. I don’t like to speak so much.”

The Help secured Best Actress honors for Viola Davis, and Best Supporting Actress for Octavia Spencer, while George Clooney took Best Actor for The Descendants. Viola Davis' speech caused a visibly moved Steven Spielberg to mouth "Wow" into the cameras. Kathryn Stockett's best selling novel, The Help—about maids speaking out against their employers during the American civil rights movement—served as the template for the film adaptation that also secured an award for Best Acting Ensemble. The sincere celebratory glow from the cast compelled George Clooney to comment from the podium that, "It seems like The Help table is having the most fun."

Christopher Plummer won the Supporting Actor award for Beginners and the Cinematography category resulted in a tie between The Tree of Life and War Horse. In the Original Screenplay category, Woody Allen's Midnight in Paris broke The Artist's stranglehold on top awards, and Moneyball beat heavily-lauded, The Help, in the Adapted Screenplay category.