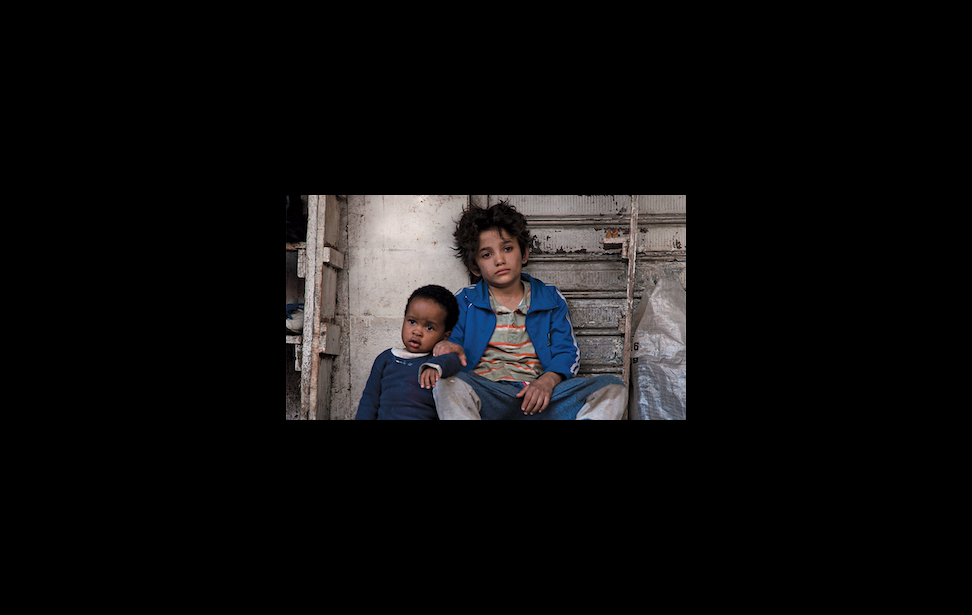 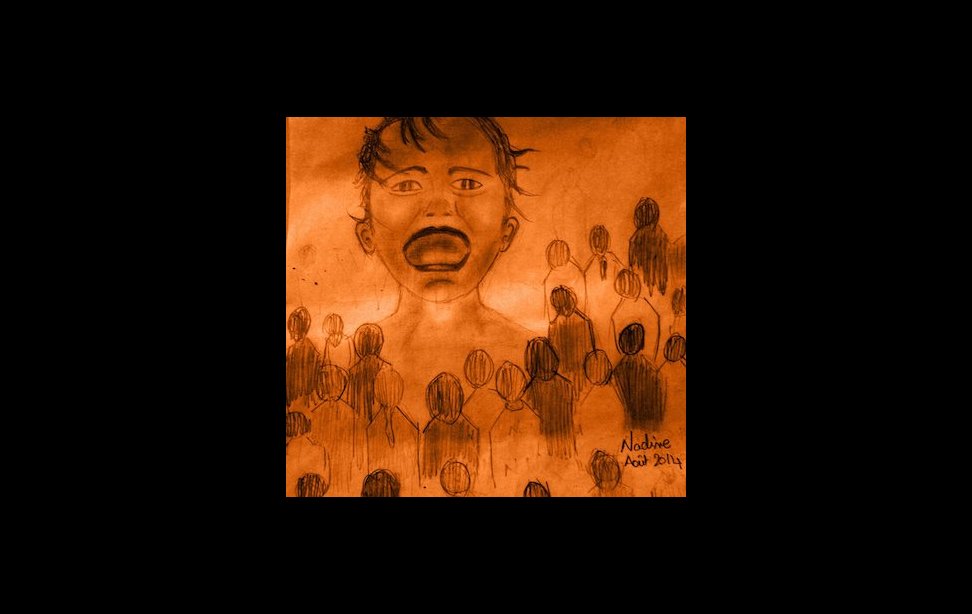 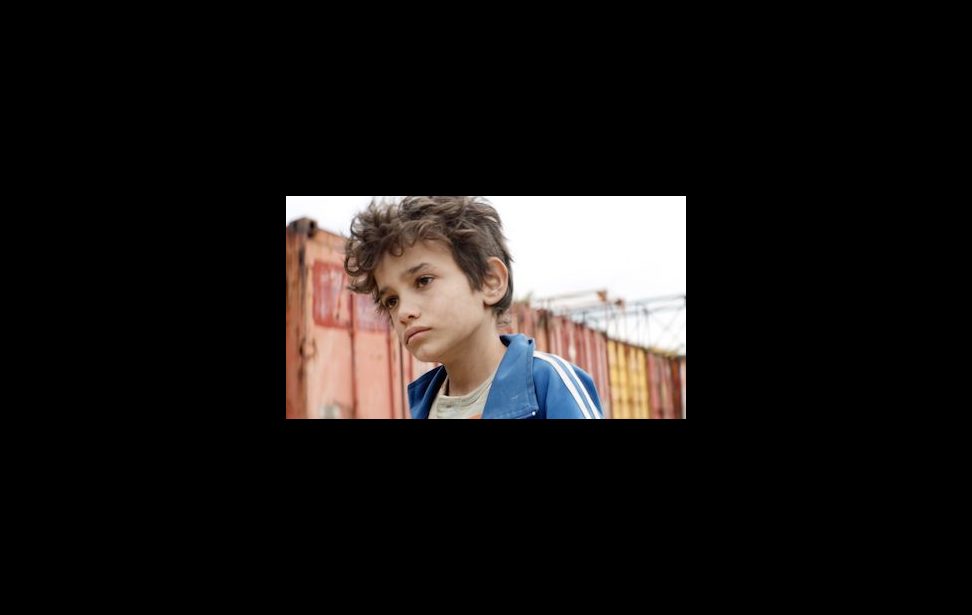 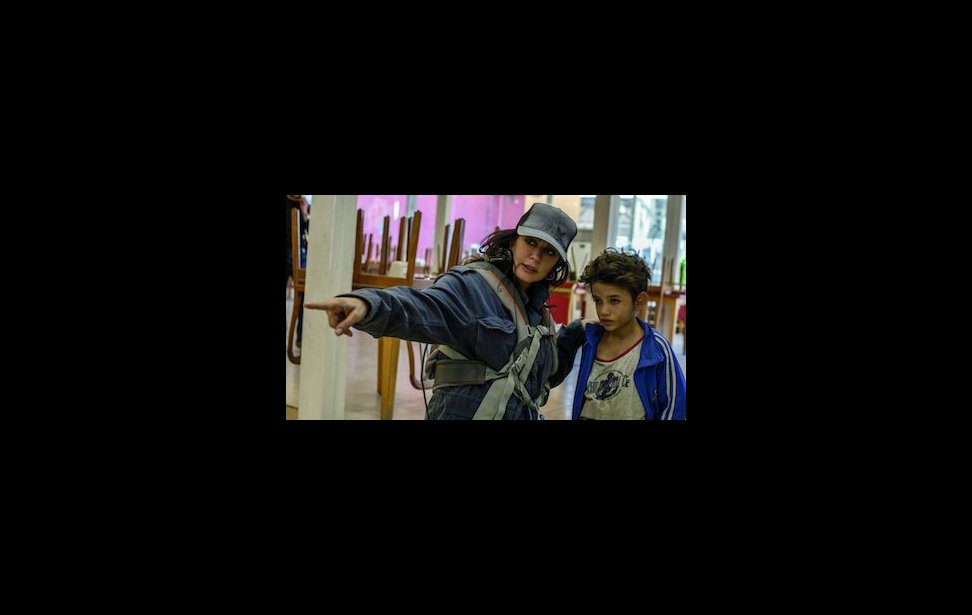 The Lebanese filmmaker Nadine Labaki lives in Beirut, a quick drive yet a world away from Naba’a, the  suburban slum where much of her astonishing new film Capernaum unfolds. One in every three of her compatriots lives in poverty, per the UNDP, and it’s this demographic that now compels her lens.

At its harrowing center is 12-year-old Zain (played by Zain Ar-Rafeea), who shares a squalid hovel with his siblings and brutish parents (Kawthar Al Haddad and Fadi Kamel Youssef) until his beloved younger sister Sahar (Cedra Izam) is married off—for some chickens--and he bolts. A fateful encounter with an elderly bus rider in a “Cockroach-Man” costume (Joseph Zimbazian) leads him to the surreal spectacle of Beirut Luna Park. Amid the grunge he soon finds a home with undocumented Ethiopian refugee Rahil (Yordanos Shiferaw) and her infant son Yonas (Boluwatife Treasure Bankole), who becomes Zain’s charge after Rahil is rounded up.

We first meet Zain after he has been sentenced to five years behind bars for a stabbing and opts to sue his parents for bringing him into the world. “I remember that moment when it hit me: This is going to be the story of a child who’s going to stand in front of justice and say, ‘No More!’ ” Labaki tells thalo.com during our recent sit down in New York.

Tracing the spark for Capernaum takes her back to a night in 2014 when she and her producer/composer husband Khalid Mouzanar were driving home from a party and saw a toddler so rattled by the curbside din that he was unable to sleep in his mother’s arms. Labaki poured her mortification into a drawing of young boy shouting at a group of adults, “…You have failed me! You don’t deserve me!” Two years later, the enraged avatar would manifest as Capernaum’s young lead. “If you compare that image, it’s Zain: his hair, his eyes, his expression,” Labaki marvels. “Everything starts making sense like pieces of a puzzle.”

And yet our scrappy desperado chooses love instead of hate,” I point out about Zain, whose name means “grace” and “beauty” in Arabic. In fact, the movie is bookended by Zain being directed to tilt his head up, first for a mouth check to determine his approximate age and finally to pose for the identity papers that have eluded him since his birth--which his parents were too impoverished to register, depriving him of schooling, medical care, a passport and other civic prerogatives. Was the hero of Labaki’s neo-realist picaresque commanded to rise above the divisive legacy of sectarian, class and political tradition and transcend lingering hatreds? I wondered.

thalo: The initial “tilt up” came from a doctor, as if to say setting a higher vision would be healthy for the boy; and another figure of authority--a policeman--guided his gaze at the end. Which begs the question of who this young rebel really is and what the biblical town of Capernaum, where Jesus performed miracles but which he also cursed, has to do with it.

Nadine Labaki: Zain is like a savior. It’s very biblical. The whole thing is like a prophecy. This is a child who is going to save the world because he’s going to go through this journey and at the end he’s being sacrificed, and he saves everybody. When you see the kids in prison go, “Zain is on TV!” he’s translating each and everyone’s anger and suffering and deprivation. Just by making this phone call he becomes the voice of all those kids.

th: And Zain’s ultimate solution is within the state court system, so his action is meant to yield a collective benefit. He attains personal status, but it’s not enough just for him to come out ahead. Is his coming of age also meant as a morality tale for a fractured Lebanon--and world?

NL: It’s the journey of this child who’s going to become an adult through his sacrifice. He’s a child at the beginning; he’s with his family. He leaves his family and starts becoming an adult. He meets a woman and has a family with this woman. He becomes the parent of her child. At the end he commits a crime. His entire journey to adulthood is when he’s only 12 years old.

th: Though Zain’s arc takes him through the same cycles of violence he has witnessed around him, is it possible to hope that he’ll forge a new fate?

NL: The film starts with Zain and his family dealing drugs, so that’s what he knows. Unfortunately, 75 percent of those kids end up repeating the same vicious circle where the abused becomes the abuser. Criminality and delinquency are almost like a destiny that they can’t get out of. The way Zain chains Yonas is exactly like what he saw with his sister. Only 25 percent are able to say no.

th: I want to think that Zain is one of the 25 percent.

NL: He’s a mixture. At some point he’s able to say, No, I’m not going to go down that road. But only a fourth of those kids are able to make it in life.

th: The real miracle, thanks to your intervention, is that Zain has made it in real life and is now thriving in Norway. At the recent UNHCR screening in New York, he told me that he loves going to school – which is all the more phenomenal knowing that he didn’t know how write his name at the time of the shoot. Speaking of brighter days, after Zain is shut out of Rahil’s space without money and resorts to all means necessary to fund his escape abroad, does the music accompanying that aerial shot signify hope amidst chaos?

NL: In a way, yes. You know in those films when you start having uplifting emotions.

th: What are some films that you thought of while developing Capernaum?

NL: Charlie Chaplin’s The Kid is one of my favorite films. I’m also fascinated by the Iranian way of naturalistic filmmaking where you wonder, Is this a documentary or a fiction? Any film where I’m watching actors who are so close to reality and nature that you ask, Are they acting or is this real life? – that fascinates me.

th: The press notes say Shiferow and Treasure’s real parents were detained during the shoot. And another such life-art convergence is when Yonas reaches out for Zain’s breasts, which it seems Treasure naturally did. How did you coax such natural performances from your non-professional cast in this largely improvised production?

NL: How did I ever find this miracle girl who was almost 1 and who was just starting to wean, like my daughter? I’d go home and breast feed and I knew that Treasure was going to be tired after lunch and reach out for milk. Two weeks later she wouldn’t have done that.

th: Did you ever consider having Treasure play a girl?

NL: Yes, when I met her I thought a long time about whether to keep her as a girl. I wanted this mirror relationship between Yonas and Zain. I hesitated. But then instinct took over.

th: Was the closing shot of Zain inspired by the freeze frame at the end of François Truffaut’s The 400 Blows?

NL: Instinctively yes. Also at the end, it’s the first time Zain makes eye contact with the audience and looks in your eyes. Sometimes it’s only when I start analyzing that I start understanding why I do things. Now I see the comparison. That boy had a very big impression on me and that frame had a very big impression on me. But when I’m writing the script and that scene, I don’t think about The 400 Blows. I just do it because it feels like the right thing to me. Everything I am is an amalgam of the different things I’ve seen in my life and the things that left an impression on me.

Back to the “tilt your head” line, could it be a double message telling the audience, shift your optic to observe the human misery around you and make a difference? What’s next for the film to help change public perceptions?

NL: We’re showing the film to the Ministry of Justice and the Ministry of Social Affairs. And now we’re going to organize roundtables with UNICEF, with UNHCR, with other organizations that work on children’s rights, because we need to work on the legislation. I’ve seen the problem from so many different angles. In the four years of research, I’ve been everywhere: prisons, police stations, courts, seeing how they work with kids... So now I’m able to see the failures of the system and I have a very thorough knowledge of it.

th: But I’m still glad that you and (the political party) Beirut Medinati didn’t win! With such movies as Caramel, Where Do We Go Now? and now Capernaum, you’re far more valuable as a filmmaker than as a politician.

NL: Yes! (Laughs.) Even if I’m too ambitious – if I’m a dreamer by thinking that things will actually change through movies – I want to try.