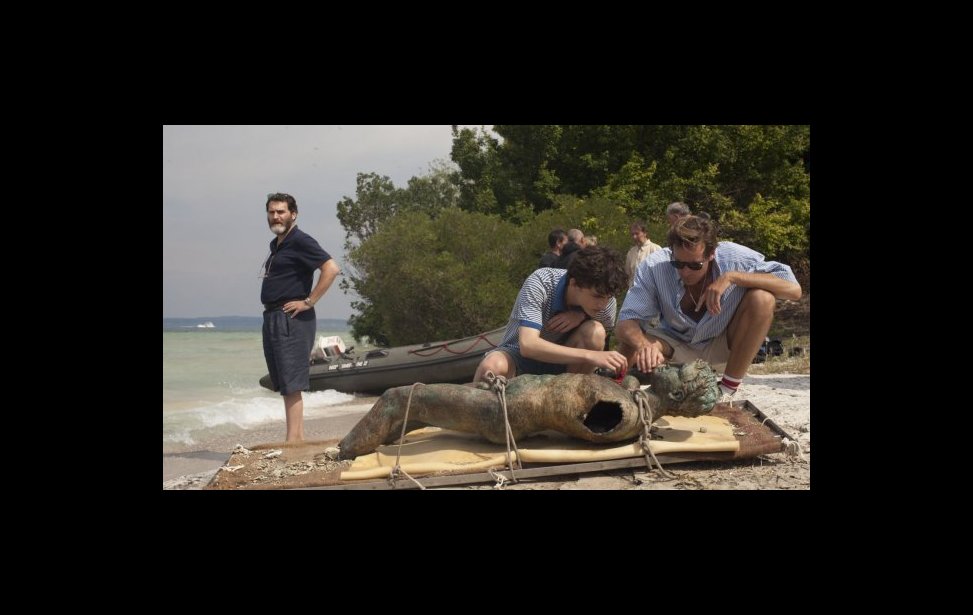 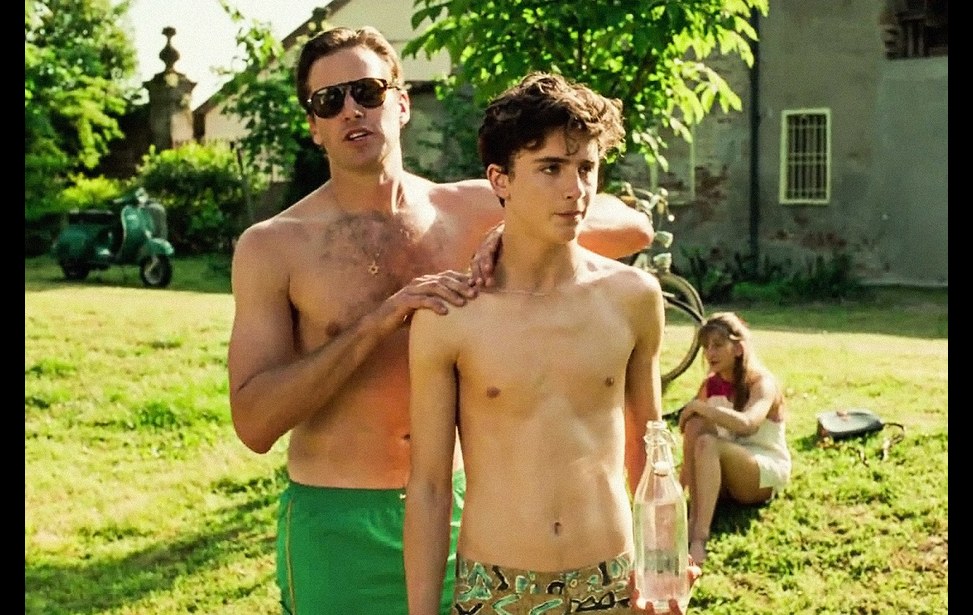 Call Me by Your Name is drenched with sun, yet it’s only a partly sunny affair. Luca Guadagnino’s smart and sensuous adaptation of André Aciman’s novel basks the splendors of Northern Italy in the summertime, which is to say, at some point things will turn wintry.

Fortunately for Eden’s eventual expulsé, humanity has tender mercies to soften the fall. How else could a father comfort a son as generously as Professor Perlman (Michael Stuhlbarg) undertakes with his 17-year-old, Elio (Timothée Chalamet), in the throes of his first real heartbreak? If you’re as empathic as that dad--and as familiar with Montaigne’s writings about Étienne de La Boétie--you point out the “special friendship” that the lovesick swain was lucky enough to have experienced.

The object of Elio’s dashed affections is Oliver, the hunky American grad student Perlman père invited for that summer of 1983 to help research Greco-Roman sculpture. It was hardly love at first sight. Oliver’s laconic manner first seemed too duddish for Elio’s European-honed tastes, while at the same time his bookish edge intimidated. Besides, there were other claims on Elio’s attention: When the budding pianist wasn’t transcribing sheet music, he was consorting with his Parisian friend-soon-to-include-benefits, Marzia (Esther Garrel) and speaking French, Italian and English to his literary-minded mom (Amira Casar). Add to this sketch that Elio’s room in the family’s 17th-century villa now went to the six-week intruder. Still, those baby blues. That devastating charm. And the solicitious, socially attuned graces…

Why Elio would fall for Armie Hammer’s brawny, seductive Oliver is plain. Who wouldn’t? But depending on your attractions to nervous colts, you might question whether the 24 year old would reciprocate such feelings. The asymmetry is only partially explained by their seven-year age difference. Oliver inhabits his flesh—from appetites to ethnicity--with an ease that halting, self-conscious Elio may never achieve.

As summer progresses, they try to read one another’s mixed signals. As if to comment on the distancing acts in progress, Sayombhu Mukdeeprom’s cinematography keeps us at bay through a narrow range of medium and wide shots. So when Elio and Oliver each fills the screen in his first hot and bothered close-up, we get a couple of peeks so intimate they’re almost invasive. There will be nose blood, sweat and tears as the Fates do their work on these young mortals. Just don’t expect the parents or townfolk to stand in love’s way.

Guadagnino shared his distaste for such cinematic conventions during the press conference at the 55th New York Film Festival. “I always found myself restless as an audience member toward films that tell a coming of age that are basically relying on the cliché--on what is the assumption that a narrative has to deliver in order to get there,” he commented. “The idea that there is a contrast against the lovers is something that is so artificial--that there has to be somebody who’s going to contrast them and then the love will triumph.” Homing in on the gay cannon, he observed, “It will triumph or maybe it will be bittersweet or it will not triumph.” Instead, the main antagonists facing Elio and Oliver are their own emotions, impulses and limited time.

The script Guadagnino co-wrote with producer James Ivory dramatizes the nuances of biology, fear and desire. Maurice Pialat’s 1983 coming-of-ager À nos amours reportedly served as inspiration. “What’s great about Pialat’s cinema is the capacity that he has always had to really avoid the traps of a narrative and to be very at the center of his characters,” said Guadagnino, admiring the French filmmaker’s way of “really letting live the flesh and bone and blood and sperm and every other kind of biological fluids of his characters in a way that is really connected to an audience, because we are like the people in the script.” He continued, “I wanted to prove to myself that I could tell the story from the perspective of someone like Pialat instead the perspective of a three-act script.”

Best known for his previous Italian-set films I Am Love and A Bigger Splash, the Sicilian-born cineaste reflected on another narrative challenge: adapting Aciman’s novel. “The book is a Proustian book about remembering things past and indulging into the age of melancholy of lost things. I felt that was beautiful, but at the same time I felt that a movie in the present time would be much more efficient and strong in making it honestly being in the shoes of the characters.” To help achieve the desired effect of an omniscient narrator,” yet without retrogazing or “kill(ing) surprise,” Guadagnino tapped American singer/songwriter Sufjan Stevens to contribute to the soundtrack. “In a way the narrator became Sufjan Stevens with the songs looking back,” he said.

Pondering time and its effects are, not incidentally, the focus of Oliver’s thesis. “Some things remain the same only by changing,” he cryptically notes. It’s enough to make us order up our own copy of The Cosmic Fragments and catch more of what Greek philosopher Heraclitus had to say about objects transforming with the flow of time. Meanwhile, we can be thankful for the 132 minutes spent in Guadagnino’s affecting film.

1)      (L-R) Michael Stuhlbarg as Professor Perlman with Timothée Chalamet as his Elio and Armie Hammer as Oliver in “Call Me by Your Name.” Photo courtesy of Sony Pictures Classics.

2)      (L-R) Armie Hammer as Oliver and Timothée Chalamet as his Elio in “Call Me by Your Name.” Photo courtesy of Sony Pictures Classics.