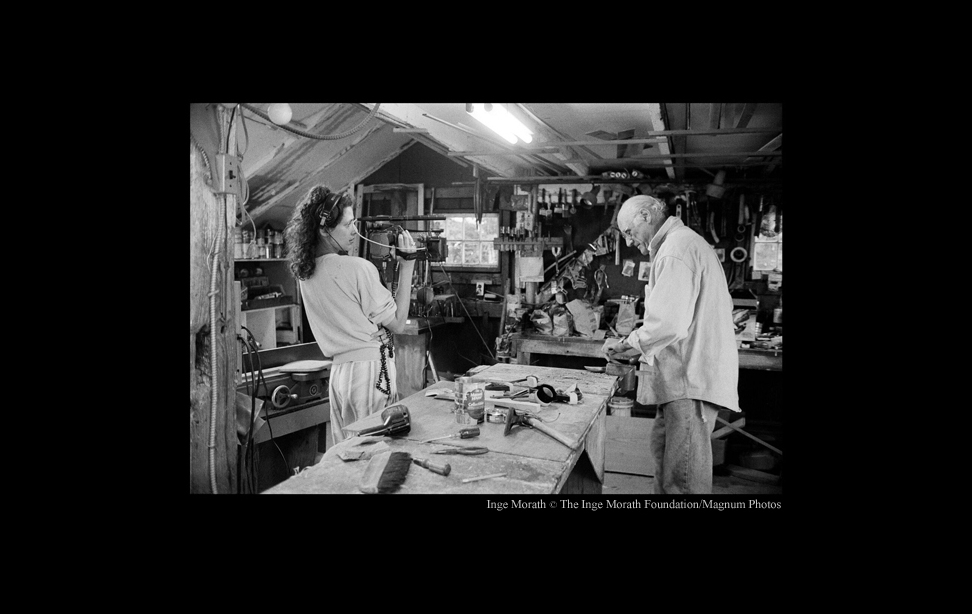 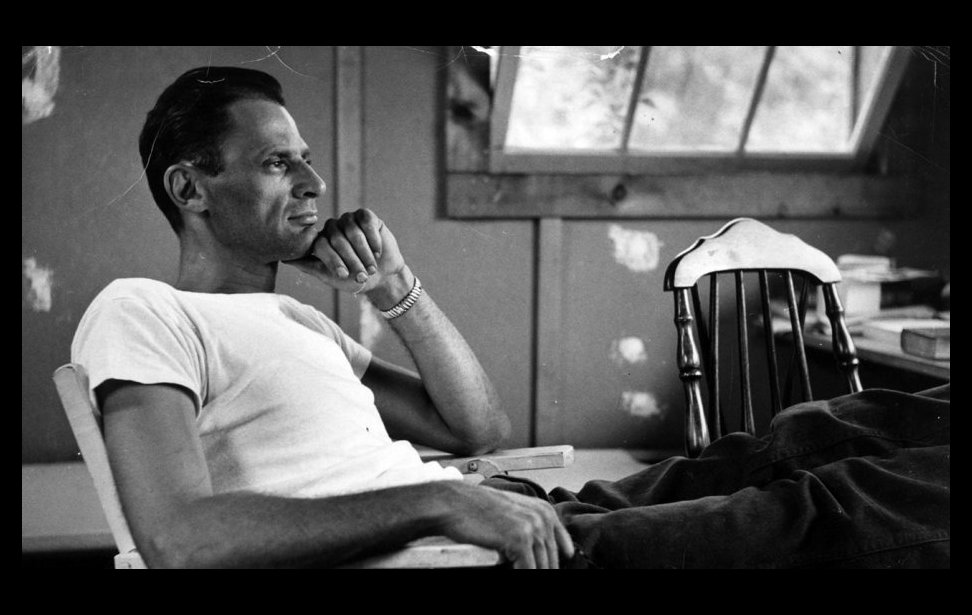 “Our children are our biographers,” goes the saying, and in Rebecca Miller’s (Personal Velocity, Maggie’s Plan) documentary about her playwright father Arthur, she takes it to heart. The result, Arthur Miller: Writer, leaves just-the-facts inventorying to a more impartial observer and gets up-close and personal with dad.

Thanks to Rebecca’s filmed interviews, we gain a seat at the family table with this icon of the American stage. Early on she lets us know why the role of chronicler fell to her: She was the only filmmaker he’d allow within hailing distance of his soul. That realization launched an on-again, off-again shoot that spanned a quarter of a century until his death in 2005.

The historic home videos show Arthur the carpenter, Arthur the doting relative, Arthur the Connecticut rustic. Seen from Rebecca’s POV, he’s lightyears from the galactic entity who exerted such cultural gravity in post-war America. Yet this is no “Daddy Dearest.” Rather it’s a wise and warm enticement to go off-wing and see for ourselves who the man was, what helped shape him and how his calling evolved.

Rounding out the portrait are interviews with Arthur’s brother Kermit, thespian sister Joan Copeland and children from his first marriage (to Mary Slattery), Robert and Jane. Rebecca’s mother and Arthur’s beloved third wife, Magnum photographer Inge Morath, also enters her viewfinder. And outside the clan, playwright Tony Kushner and the late director Mike Nichols add their considered tributes. But it’s Arthur’s own commentary, voiced through his audio memoir Timebends, that provides the real dry sparkle here. It pairs well with the trove of old photos illustrating its plot points alongside choice bits from Arthur’s plays.

One of the pleasures of the film is linking that work with developments in his private life and surrounding world. Death of a Salesman, filtered through his personal reckonings, becomes a son’s catharsis over a father who lost his shirt in the crash of ’29. That it’s also a meditation on the role of personality vs “invisible forces” gets backstory treatment as well. If no mention is made of a character directly inspired by Arthur’s mother, it’s perhaps because he credits her as the font of all his artistic stirrings, period.

It will come as no revelation that The Crucible references the McCarthy era, but tracking the playwright’s moves surrounding its gestation brings a certain you-are-there thrill. Similarly, Marilyn Monroe’s meltdown during the filming of The Misfits has been amply documented elsewhere, but now we have a fuller picture of its human fallout. Arthur recalls having written the project for his legendary second wife to showcase her talent, which is all the more poignant considering it was her insecurity that contributed both to her dysfunction on the set and to the dissolution of the marriage.

Here the documentary undertakes one of its diagnostic themes: Arthur’s progression from savior of damsels and ethical cultures in distress to enlightened cynic liberated from their annihilative siren appeal. Along the way another trigger involved The Misfit’s director—and Arthur’s dearest colleague--Elia Kazan. The latter’s decision to name names of industry “Communists” to the House Un-American Activities Committee clashed fatefully with the closed-mouth stance that got Arthur cited for contempt of Congress.

External adversaries, whether fascistic powerbrokers or arbiters of taste, visited mischief on his evolving career. As long as Arthur fought the good fight to dramatize truths and influence moral thinking, he could tap rich reserves of artistic fuel. But, as Rebecca suggests, her father’s biggest enemy may have been his own disillusionment with “murderous” humanity, and the detachment it wrought in his creative psyche. Or was it in fact the milieu? Though Arthur maintained his writerly discipline almost to the end of his life, he never replicated the success he found in the 40s, 50s and 60s—at least not in his own country. (Like Woody Allen, he met a warmer embrace in Europe.)

Arthur Miller: Writer proves that documentaries can trace the inner arc of a hero with all the excitement of a blockbuster, as long as the audience experiences intimate human insights as special effects and verbal derring-do as high-wire action. Come to think of it, a sequel would be nice. Rebecca leaves plenty of her subject’s soft underbelly–and hard data--unframed, and another go might just miter those angles.

1)     Photo of Rebecca and Arthur Miller by Inge Morath, courtesy of the Inge Morath Foundation/Magnum Photos and HBO Documentary Films.