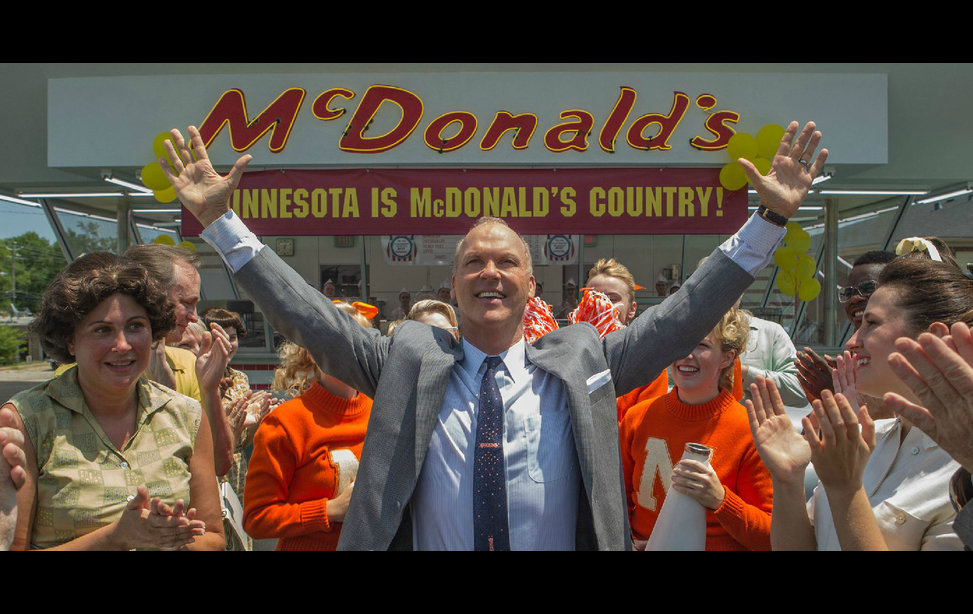 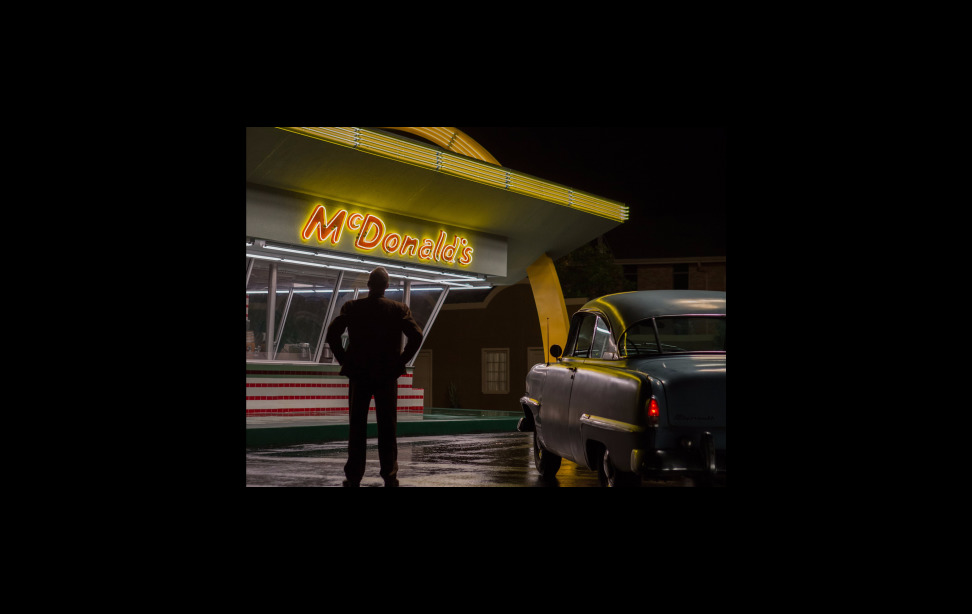 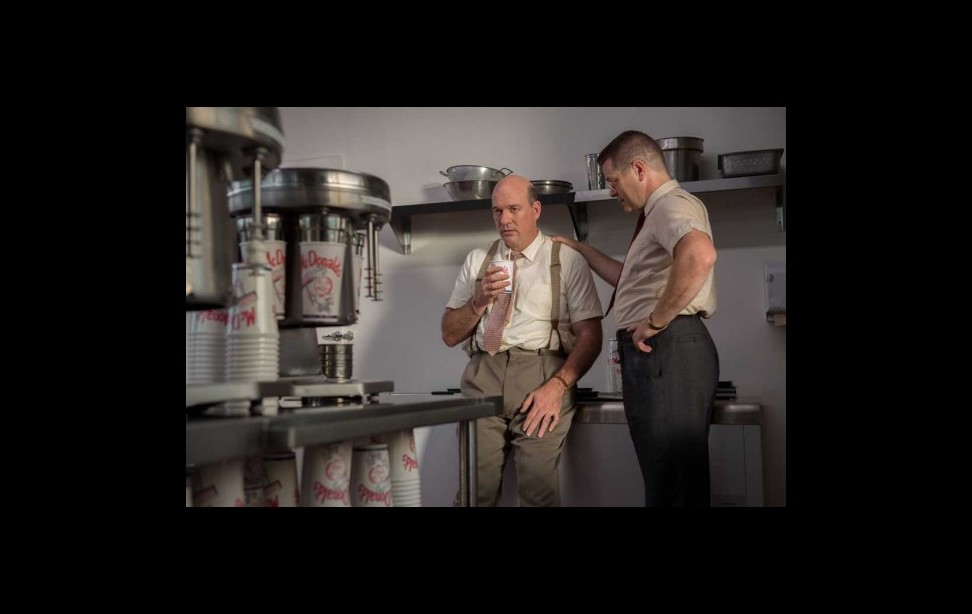 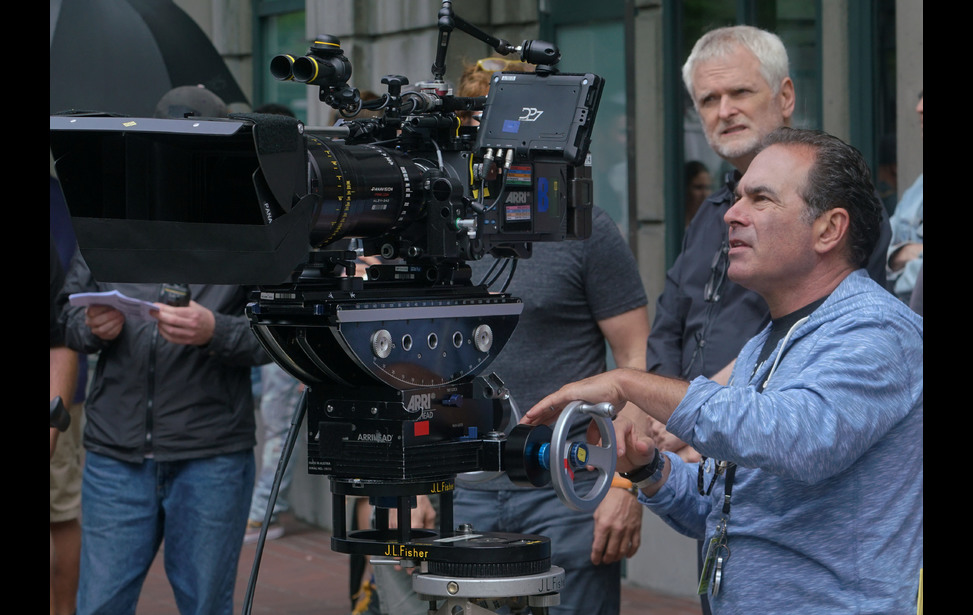 Textured, bittersweet and laced with irony, John Lee Hancock’s unvarnished chronicle of the Ray Kroc legend is hardly a hagiography. But its very ambivalence about the McDonald’s brand builder gives The Founder ethical shadings that lift it beyond facile biopic and into the realm of nuanced morality tale. Sly visual choices by cinematographer John Schwartzman further ensure that no tidy judgment is served up in this real-life tale.

Whether you find it appetizing may depend on your threshold for contradictory characters. Michael Keaton, who plays Kroc, brings his own love-hate response to the role of visionary yet duplicitous entrepreneur. Right off the bat, the middle-aged striver dismantles the fourth wall and smooth-talks you head on. “Let’s have him pitch to the audience,” Schwartzman recalled telling Hancock, per the DP’s recent chat with thalo.com.

The conceit “breaks a suspension of disbelief and invites you to figure out how you feel on your own,” said Schwartzman. “You’re pulling for Ray Kroc for the first half of the movie — he’s a really hard worker. Then in the middle you’re not really sure: Do I like this guy? And then by the end you sort of don’t like yourself for the fact that you were pulling for him in the beginning.”

The story opens in 1954, when Kroc is a down-on-his luck salesman hawking clunky milkshake blenders to eateries within driving distance of his native Illinois. His closest brush with success is listening to a motivational guru flog the qualities needed to have it. “Persistence” is key, Kroc learns from The Power of Positive record he plays on the road, and persist Kroc does.

Fueled by a new can-do resolve, he follows Route 66 out West to a San Bernadino burger joint that has ordered eight of his Multi-Mixers. There the Chicago-raised son of Czech emigrés discovers America: a fast-food operation with bold promise. Kroc lavishes his snake oil charm on its owners, Mac and Dick McDonald (John Carroll Lynch and Nick Offerman), and convinces them — despite Dick’s gut check — to let him develop it into a franchise.

Working from Robert Siegel’s deft script, the filmmakers show off their storytelling chops at their keenest as the McDonald brothers recount their foundational saga. Nostalgia gets a field day in this exuberant salute to wholesomeness and efficiency, still a compatible pairing when the real founders were in charge. Intercut with period flashbacks and a montage paced like an actioner, the brothers illustrate their journey from Columbia Studio truck drivers to post-war restauranteurs and the ingenuity that powered their production rethink.

One piece of the McDonald’s origin myth makes for a particularly fun footnote of biz history. It involves Dick chalking up a tennis court to design a new kind of streamlined burger making. Schwartzman went for a bird’s eye view here, leaving the camera “locked off for the entire day…so that you could jump-cut it and get the sequence from beginning to end.” To suggest the passage of time, the DP supplemented his aerial coverage with shots from lower angles.

Another winsome lookback plays up the balletic quality of the Speedy System rig. Rarely have ketchup and mustard squirted so enticingly. Having spent the late 80s and early 90s shooting commercials for such directors as Michael Bay and David Fincher, Schwartzman is no stranger to product shots. “In all honesty, I had to hold myself back, because I didn’t want to make it as slick as I would were it 1999 or today,” he said. The USC Film School alum — who transitioned into film along with Bay and Fincher — still films ads in between movie projects. Yet, as manifest in work including Benny and Joon, The Rock, Seabiscuit, The Bucket List and Jurassic World, his concerns as a storyteller dictate his visual choices when working on movie production.

Even the showiest sequence of The Founder bears out Schwartzman’s eye for narrative. It follows Kroc’s first encounter with the prototypical "Golden Arches” stand in Phoenix. There the erstwhile salesman has an epiphany: McDonald’s is the “new American church.”

Schwartzman had his own aha moment as the iconic set was being built. “I noticed that at night it looked like a little jewelry box,” he mused. That shimmering image led him to mount his ARRI Alexa to the front of Kroc’s car for a night scene originally scripted for daytime. It captures him “discovering the Golden Arches while also revealing to us where he is,” Schwartzman explained. “The arches look impressionistic because of the curve of the windshield,” he noted, continuing, “then we cut around behind the car and you have that beautiful tableau of Ray getting out of the car silhouetted by the McDonald’s sitting there at night, empty.” The juxtaposition of sparkle and void is as hopeful as it is foreboding.

Shadows emerge through the forays into Kroc’s domestic life, where his much-neglected wife Ethel (Laura Dern) learns the hard way that he has mortgaged their suburban Illinois house to raise capital for his venture. But it’s when financial advisor Harry Sonneborn (B.J. Novak) persuades Kroc make a real estate play and shift his focus away from burger sales that the film swerves into darker territory.

Interestingly, one of the most unsettling scenes of the film wields light as a marker of menace. That scene finds the McDonalds in Los Angeles to sign over a check to ever-empowered Kroc. Here Schwartzman visualized “a futuristic setting with glass and shiny surfaces so the McDonald brothers would feel like a fish out of water.” Framed against big city window glare, the characters are plunged into uncharted visual territory in this sequence.

Asked about his strategy for filming Ray’s new love interest (Linda Cardellini), Schwartzman answered with the question he posed during pre-production. “How do we shoot it in a way that is suggestive of what’s going to happen — and maybe the audience will realize that Joan Smith later is going become Joan Kroc — without tipping our hand too much?” He conceded that Kroc’s fascination with a lipstick mark on Joan’s glass hinted at “a little bit of a sex scene when she’s making the instant mix.”

Schwartzman and Hancock are right at home with real-life material mined for drama. In such films as The Rookie and Saving Mr. Banks, they kept the tone a bit breezier. The Founder goes more to the off notes. Here the stress is on the unchecked ambition of a man out to prove something to himself, rules and relationships be damned. It’s impossible to watch him blast his way into the company without thinking of a certain fellow billionaire and real-estate mogul of our age.

1) Michael Keaton as Ray Kroc in “The Founder. Photo courtesy of The Weinstein Company.

2) Michael Keaton as Ray Kroc in “The Founder. Photo courtesy of The Weinstein Company.

3) Michael Keaton as Ray Kroc in “The Founder. Photo courtesy of The Weinstein Company.

4) (L-R) John Carroll Lynch as Mac McDonald and Nick Offerman as Dick McDonald in “The Founder.” Photo courtesy of The Weinstein Company.