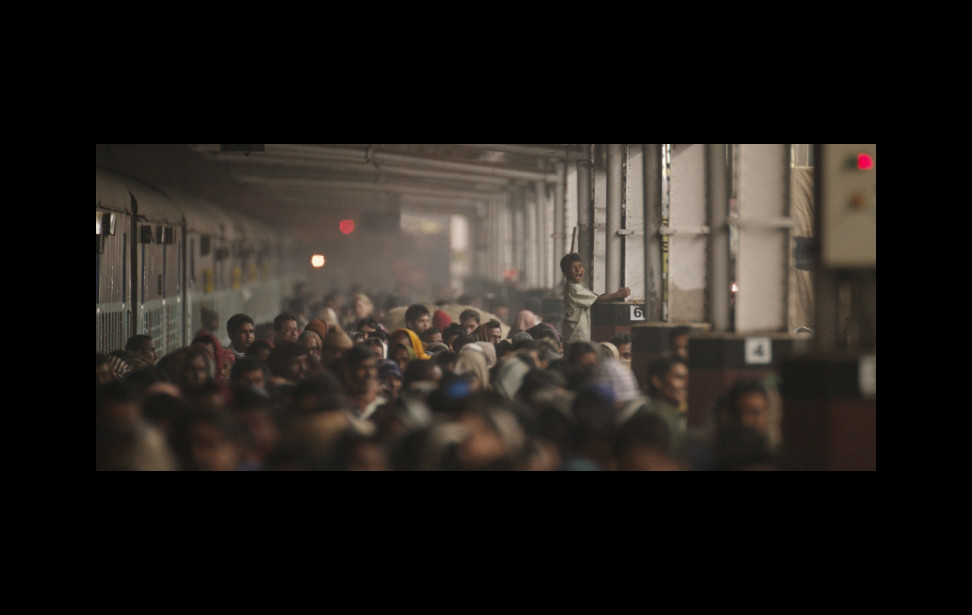 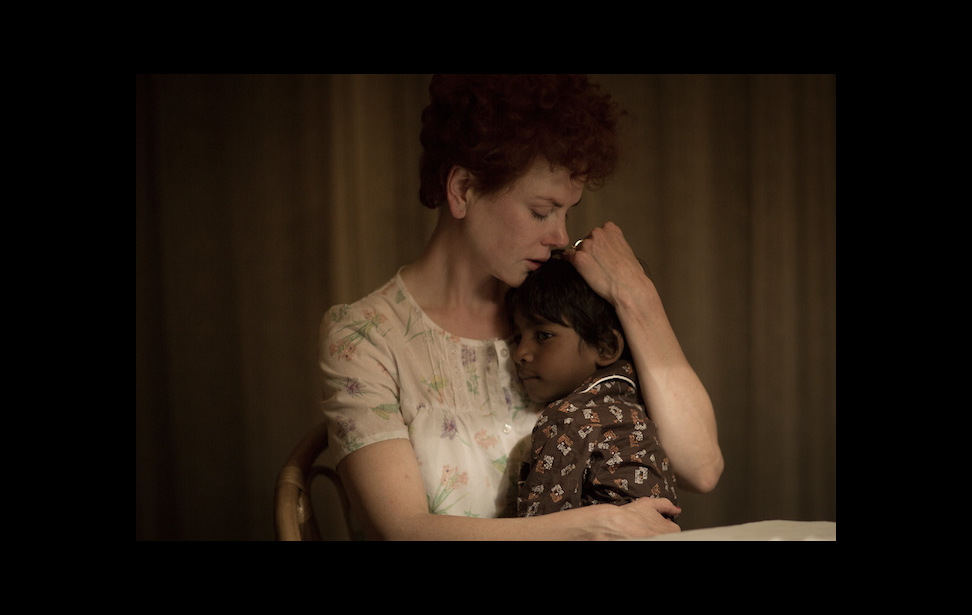 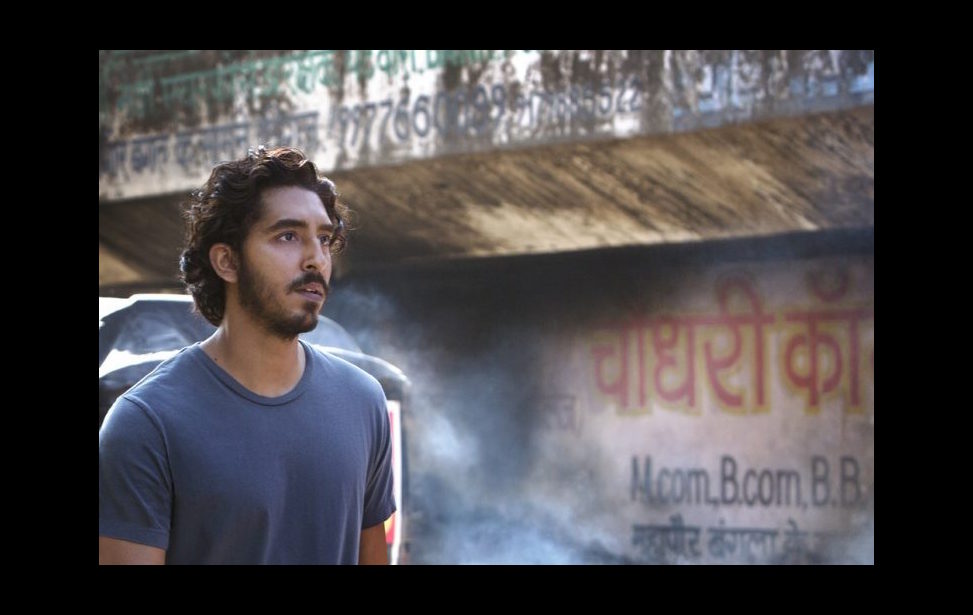 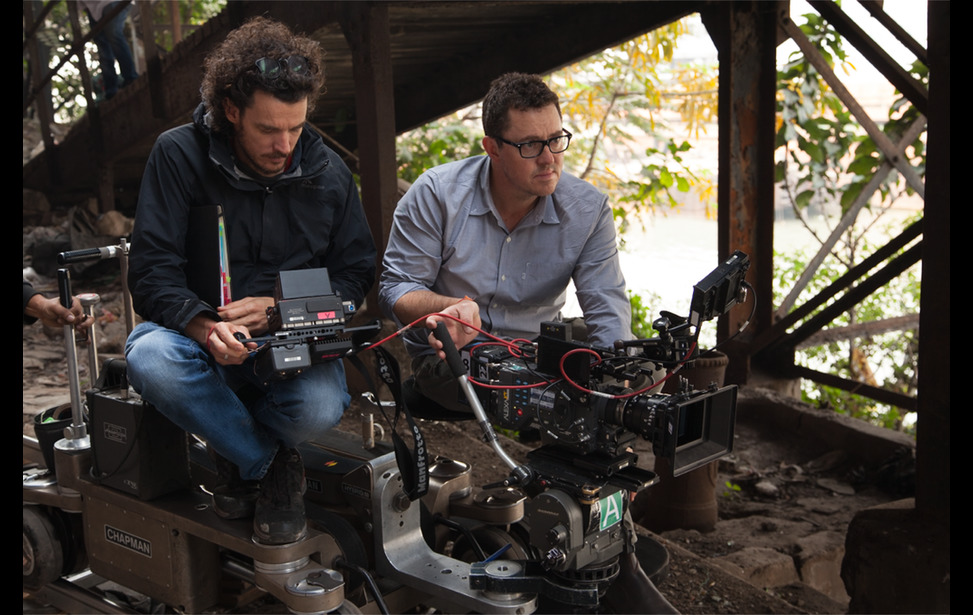 As a young boy coming up in rural India, Saroo Brierley often helped his big brother Guddu scavenge for food and money on trains. One evening in 1986 the brothers got separated. Five-year-old Saroo accidentally wound up a thousand miles from home, after boarding what turned out to be an empty, decommissioned train. “Dickensian” doesn’t begin to describe the conditions he toughed out in Kolkata, West Bengal, before being adopted by a well-heeled Australian couple. A quarter century later, going on childhood memories and educated guesswork, Saroo used Google Earth to find his birthplace and birth family.

Now this unlikely saga has spawned both his bestselling memoir A Long Way Home and a screen adaptation called Lion. The film unfolds in two stages. First comes little Saroo’s (Sunny Pawar) propulsive journey through India and his beginnings on the island of Tasmania. The changeling’s next big odyssey, in his 20s (played by Dev Patel), takes place within. Despite a supportive girlfriend (Rooney Mara) and the embracing love of his parents (Nicole Kidman and David Wenham), he feels increasingly guilty about his privileged life and what he imagines to be the toll his absence has taken on his loved ones back home.

Saroo’s story comes full circle as he returns to his village and reunites with his biological mom (Priyanka Bose) and surviving siblings. Cinematographer Greig Fraser traced that circle, beginning with a God’s-eye prelude that anticipates the satellite imagery later to emerge.

This inaugural sequence was also the point of departure for thalo.com’s recent chat with Fraser.

Why did he opt to start with the Tasmanian coast and not with Saroo’s native terrain? we wanted to know. As the camera flies over the lush greens and blues of Down Under across to the dusty earthtones of India, it creates an oddly cosmic sensation of entering other realms.

Fraser and director Garth Davis had their reasons. “Saroo told us about this flying sensation he’d have as a kid, what he later discovered was astral projection,” said the award-winning DP. “He’d have these visions about the landscape where he’d leave his body and travel across Australia and across the ocean to India.” Once the filmmakers gleaned this seminal insight, their strategy became clear: “Let’s start the movie like that,” Fraser recalled Davis saying. “We’ll go across the oceans, find ourselves in India and then come down and land with Saroo and find him in the happiest place he knows.” That place is the sunlit Indian countryside, “amongst butterflies with his brother before going off to do brotherly things,” as Fraser put it. “It was both symbolic and true.”

Filmgoers can be forgiven for ascribing a transcendent quality to Saroo’s arc. If ever a quest for identity riffed on themes of personal reincarnation, his fits that trope. Yet, as Fraser, affirmed, “It’s not a religious movie--it’s highly emotional and spiritual. That’s who Saroo is. We set out to tell the story with the least amount of flab on it, but with the most amount emotion.” A linchpin of that mission was capturing the natural essence of Sunny Pawar, the Mumbai 8 year old who played young Saroo. “The little boy we cast personified pluckiness, determination, innocence. He’s a victim in part, but wouldn’t let that stop him. Sunny had all those qualities. He’s a little lion.”

Pawar’s cubbish charisma comes across loud and clear even when the character has no lines. Plunged into a Bengali-speaking world, the Hindi speaker lets his expressive eyes and Chaplinesque body language do the talking, not unlike a silent film star. Pawar unleashes the full force of his inner Charlie in a pantomime with a spoon played out across a café window. But his naturalistic repertoire of gestures and regards are as affecting when he wakes up on the speeding train or matches wits in Kolkata’s crammed Howrah Station as when he first opens the refrigerator in his adoptive home. “We knew Saroo had a very limited vocabulary. He could say, “ami” (mom), “Ginestlay” (how he remembered the name of his village) and a few other things,” Fraser noted.

For inspiration, the Melbourne-raised cameraman “looked at movies that featured little language.” Neorealist classics topped the playlist, though curiously he didn’t recall considering Wall-E, the animated film about a robot lost in a post-apocalyptic world that Lion screenwriter Luke Davies allegedly bore in mind while crafting young Saroo’s harrowing ordeal.

“We tried to convey scale,” said Fraser, referring to the boy’s sense of being subsumed by the landscape. To “go wide,” he outfitted his ARRI Alexa 65 digital camera with a 50mm Panavision Primo Anamorphic Prime lens. That same lens – along with mostly spherical Panavision Primos and Panavision Ultraspeeds -- allowed Fraser to penetrate the adult Saroo’s interior state during the second half of the movie.

“We become very insular with Saroo as he becomes more insular,” said Fraser. “It was important that the lens and the camera do the same thing. He’s an outward looking child, a total extrovert, and the depth of that emotion gets redirected inward as an adult, so we had to look inside. We chose getting closer to Dev.” To visualize Saroo’s identity crisis, the filmmakers took a page from John Cassavetes’ cinema verité-style dramas, close-ups and all.

The extended moments of tacit communication unfolded offscreen as well. According to Fraser, he and Davis often went on the barest nod. “We talked much less between ourselves than with other people on the set,” he said. “We’ve got such a long-standing relationship that we didn’t need to express much verbally to one another.” The cinematographer and director go back two decades, beginning with their respective stints at the Melbourne production company Exit Film. Eventually they would work together on commercials--and plot their debut feature collaboration.

Lion gave them both a chance to indulge some of their pet passions. For one, both “love the idea of filming on location instead of on sets,” per Fraser. Not that they’re above embellishing a documentary look with ”a little bit of fantasy,” creating a sensation that Fraser calls “a bit heightened.” His camerawork on Bright Star is an early example, and glimmers shine through on credits including The Gambler, Foxcatcher, Snow White and the Huntsman, Zero Dark Thirty and even the recently released Rogue One: A Star Wars Story.

At 41, Fraser’s own star is becoming a story. It will come as no surprise if he -- and his gorgeous work on Lion – receives an Oscar nomination for Best Cinematography.