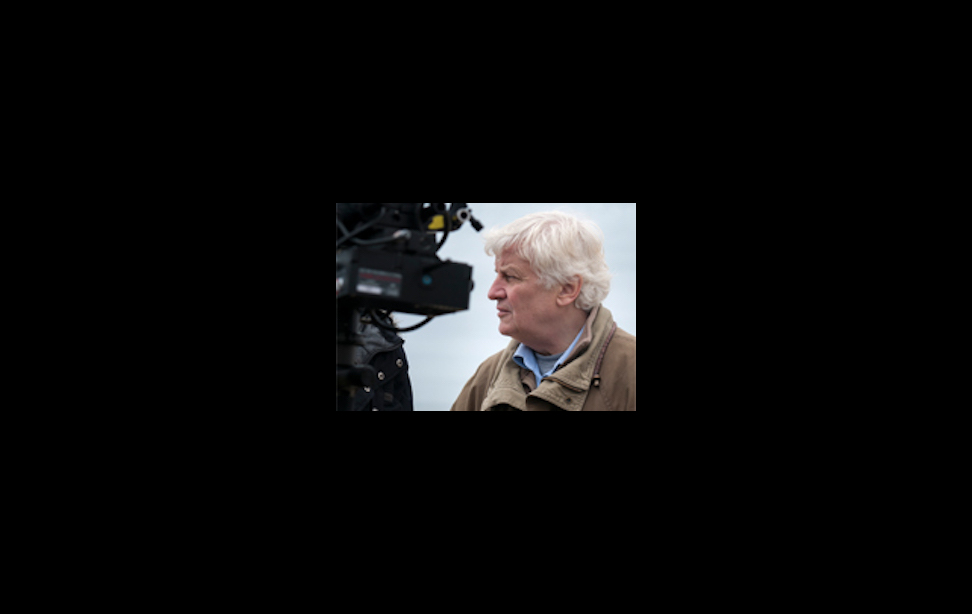 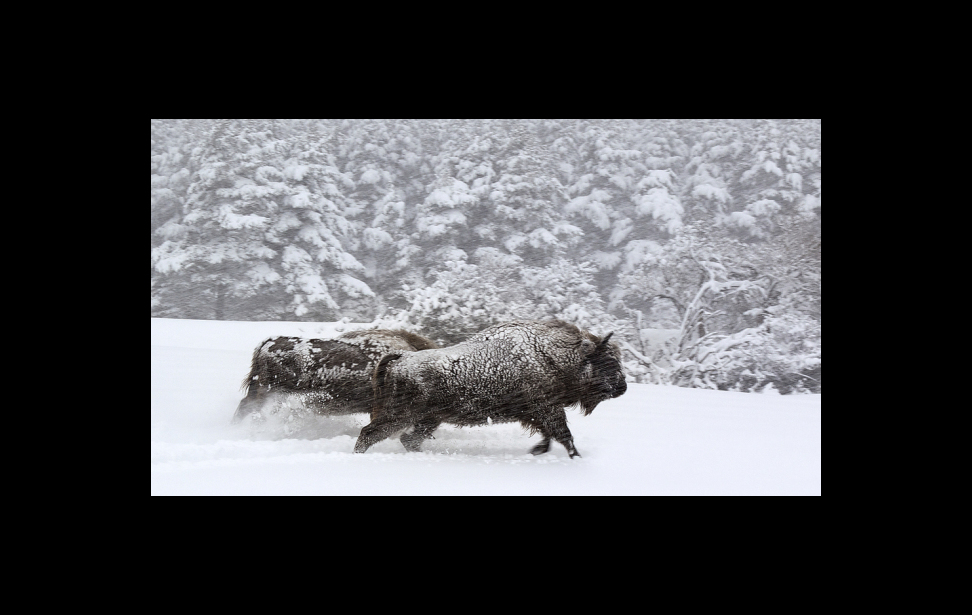 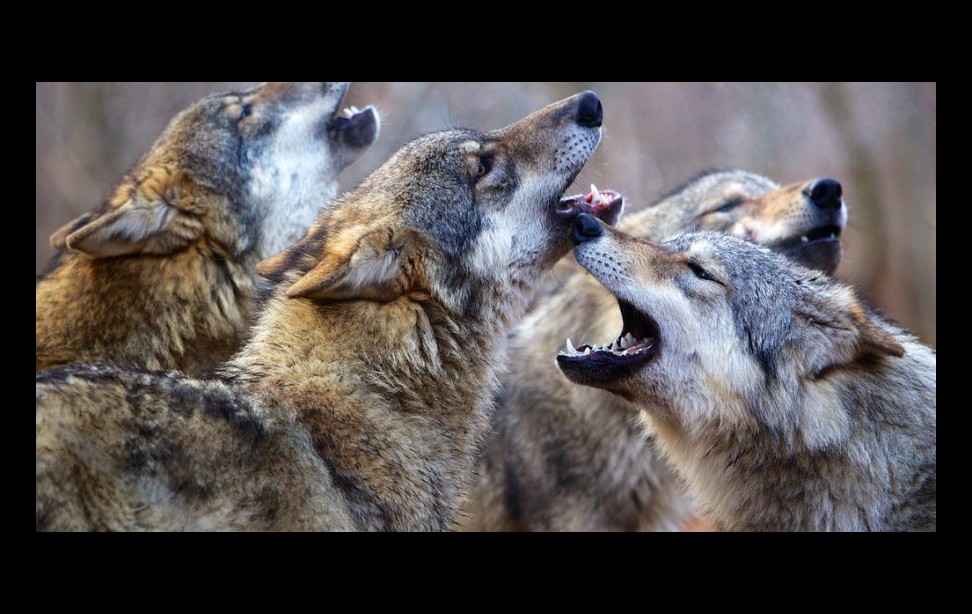 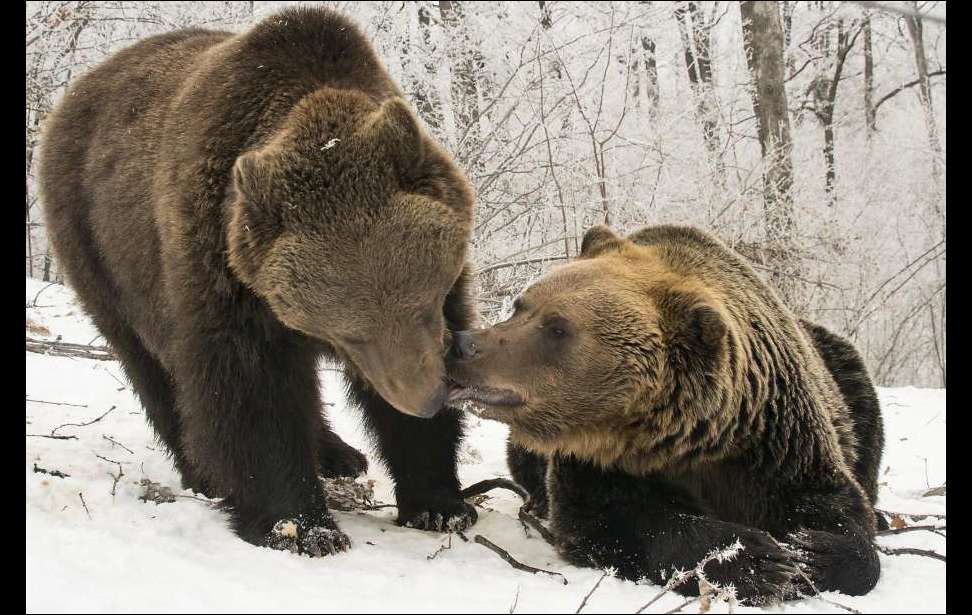 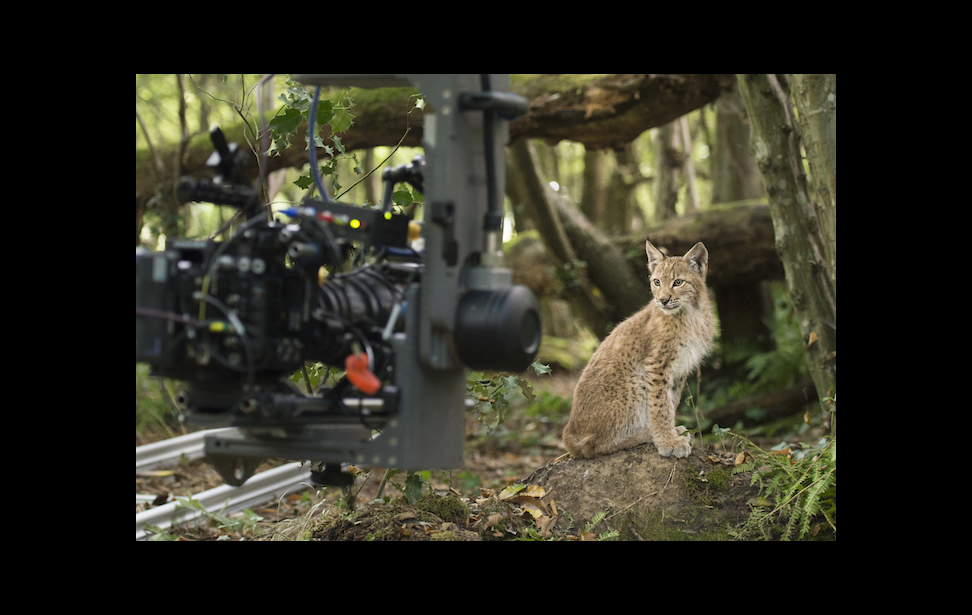 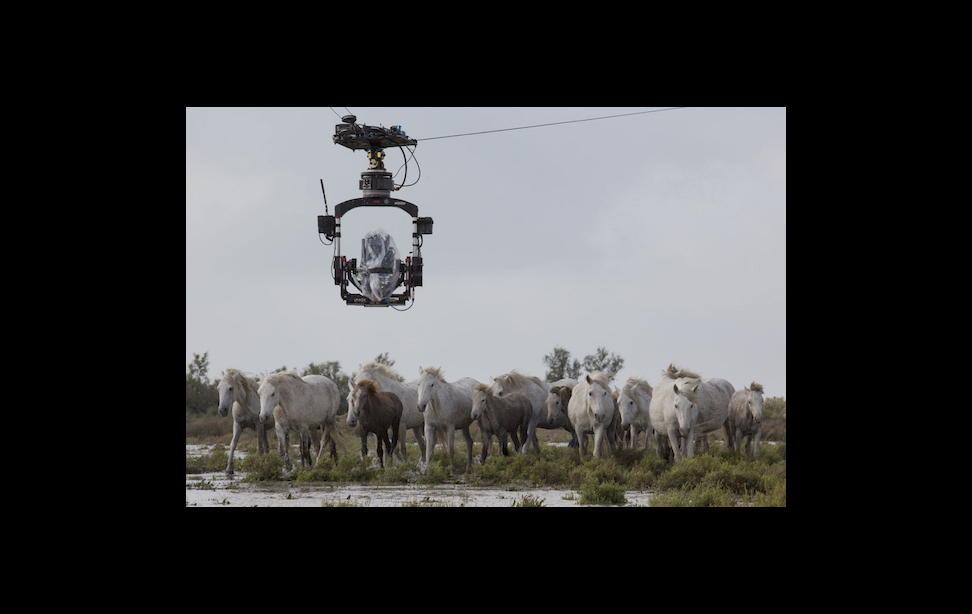 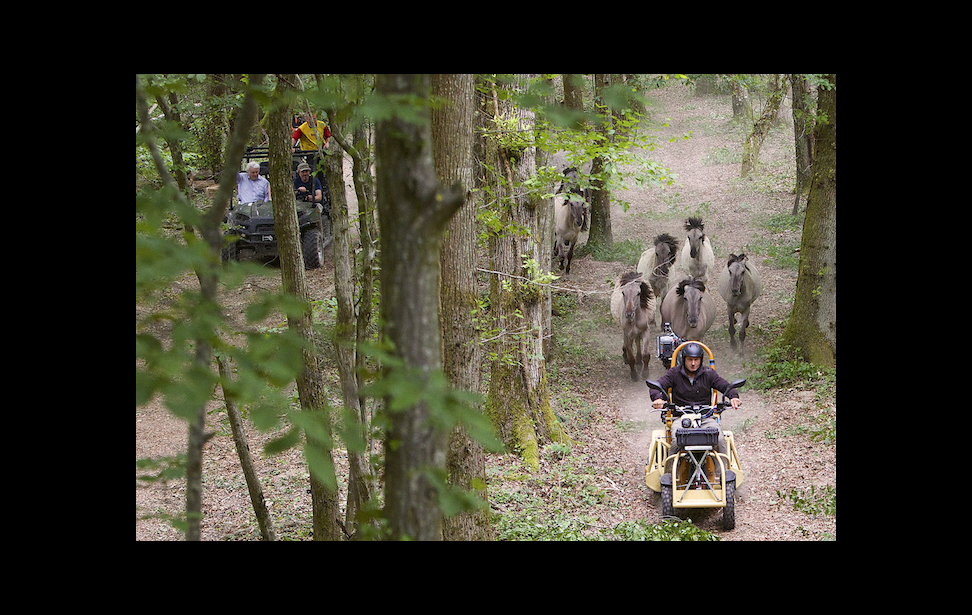 There’s a moment in Seasons when a bear covers its eyes in distress as two ursine cousins go at one another with a vengeance. It’s one of many heart tugging scenes in Jacques Perrin and Jacques Cluzaud’s new wildlife drama that captures empathy and tenderness, anger and aggression and a range of relatable behaviors in between. We can’t help but see a bit of ourselves in the secret lives of non-pets such as antelopes, horses, wolves and lynxes, but also smaller critters from hedgehogs to owls. So it’s all the more poignant that Homo sapiens looms as the villain from their perspective.

Spanning the 12,000 years since the end of the last ice age—which ushered in the flourishing of European forests and attendant seasons--the film takes us through the hunting-gathering, farming, industry and warfare that have since rattled the animal realm. What’s on the horizon, now that the "sorcerer's apprentice, man has become a geological force that changes nature and the seasons"? Nothing good, suggests this cautionary eco-tale. Come to think of it, maybe that distraught bear was averting his gaze from the sweep of human civilization that stands to doom the entire menagerie.

Seasons packs a dozen millennia into one epic sequence of winter, spring, summer and fall. Bringing it off took its share of seasons. The Academy Award-nominated French duo and their team spent two years shooting across five European countries to clinch the landed portion of the trilogy they’d started in the sky (Winged Migration) and undersea (Oceans). With Seasons poised to open in US cinemas, Perrin found time to speak with thalo.com from his Galatée Films office in Paris.

thalo: How did you draw out the animals--and not scare them off?

JP: The way to draw out wild animals is to hide. In Europe, where we shot this film, the animals have experienced thousands of years of hunting, so the last wild animals are very shy of humans. You pitch your tent hours before the animals come so they will forget you. One or two people are there in the tent without moving, without making any noise, without breathing! It can take days and weeks to get something. You have to wait for the right light, the right behavior. Time is the secret of this kind of movie.

th: What happens when you can’t get the behavior you’re looking for?

JP: For that, we use raised animals. These are not domestic animals, though their parents are all born in the zoo. We take a small lynx, a small deer, a wolf soon after they’re born. For Seasons we had seven or eight wolves living together. When they were less than three weeks, they came to live with the team in our special place in the forest, near the tent. They are familiar with the camera, which is like their family.

th: Having acted in some 80 films, you know a thing or two about that side of the camera, yourself. How did you direct the animal actors who were raised with you?

JP: Our philosophy is not to direct the animals. They lead their lives freely in front of the camera. The challenge of the cameraman is to be ready to film something interesting. If the animals want to sleep, they sleep. They wake up when they want to wake up.

th: A lot of them display affects and attitudes that really hit home. What went into creating such emotional resonance?

JP: That’s the art of editing. When the bird seems afraid of the bears fighting, we didn’t really shoot the bird looking at the bear. We edited the scenes together in a sequence. But occasionally they give us something so moving, you’d think we ordered it up. When you see the young animals with their mothers, their behavior is so intelligent that we really feel like we are like them.

th: How do you strike the balance between preparing and improvising?

JP: We try to be prepared for the improvisation. The camera starts filming. For us it’s a revelation, since we don’t know exactly what the animals will do. Their comportment is free, even if they’re not wild. We wait for the moment of surprise. For that it’s years of shooting.

th: You're known for your innovative camera rigs. What cinematographic tools did you create for Seasons, and how did they capture what you were going for?

JP: Let’s start with the philosophy of Galatée Films. Each time we try to be with the animals. So each time we must build a rig. For Winged Migration we created a new ultralight to fly with the birds. For Oceans we built an underwater to swim with the fish. For Seasons we wanted to run around the forest with the wolves, so we created a kind of motorbike--it’s electric, so it’s quiet. The cameraman is using a Steadicam, to be at the same height as the horses or deer.

th: What’s the thinking—and process—behind all the close-up shots?

JP: Proximity gives viewers the confidence that we are like other animals. Ninety percent of the film is shot close up. Less than 10 percent is shot using zoom and long lenses. It can take a year or two of testing to get the right tools. It’s fascinating to have this communication with the animals as we work things out. That experimental process, itself, is part of our technique.

th: What sort of experimentation went into the composition? In particular, how challenging was it to work with the verticality of the trees?

JP: The format of the picture is very wide and horizontal, and to film vertical trees was a big challenge. We used drones to fly in the forest from the ground to the canopy--to make the spectator feel the verticality.

th: What informed your approach to color?

JP: Next to the verticality of the trees, that was the second biggest problem. Every hour the shade of green is different in the forest. We had a tough time harmonizing color from scene to scene. So we worked a lot with the camera before the shoot, and in the editing the color correct took us weeks and weeks. From one season to another it’s not the same green: from late spring to early summer it’s not the same green. Now the sun’s out and then come the clouds. Or you need to make a morning sequence with an evening shot. You can’t imagine the mess! It’s more difficult to work with the color green than with the wolves.

th: Seasons has little narration. What guided your decision to minimize the explanation track?

JP: We try to propose to the audience a very new point of view of nature. We don’t want to make a documentary. Seasons is a narrative film, an opera. We don’t identify the animals; we don’t give explanations so you can understand their behavior. It’s about emotion, not rational thinking. It’s a new kind of animal movie, which enhances the audience’s dramatic comprehension. When we ask a team to go in and film an animal doing a particular behavior, we want to feel the rapport between the animals and environment and the sound of the animal.

th: How did the opera theme idea play out across the film's aesthetics?

JP: It’s a discipline for us to capture the dance and song of animals. They are natural artists. The choreography was created thousands of years ago, so we return to the original. When you see the animals move, it’s pure harmony.

th: Except when it’s not!

JP: They must eat. They don’t kill several animals to eat one. They take only one animal to eat at a time. Violence is what we do when we go with the big nets and take tons of fish. When you see the bears fighting, it’s ritual violence. They will stop before killing one another. In the same movie you see humans killing each other in the First World War. That brings much more violence.

th: We literally get a birds-eye view of humans in that war scene.

JP: The WWI battlefield was a great place for birds to nest and feed. The bombs changed the soil, and it was easy for birds to find seeds and worms in that soil. We wanted to show this from the birds’ angle. It’s fantastic for the birds that humans create war, but as soon as the humans create gas, it kills all live beings, birds and humans included.

th: Until the war scenes, humans are shown lurking in the background as stealth creatures, obscured by the brush. Why the oblique representation?

JP: We wanted to show humans because they were living in the forest in prehistoric times, but we wanted to capture them from the feeling and POV of the wild animals. A deer would likely experience a human presence from a distance.

th: How is current human activity affecting the emotional life of animals?

JP: Their territory is in diminution because of climate change and destruction of habitat, so they cannot be well. What we do in nature matters. I made a movie 20 years ago, The Monkey People, shot in Indonesia. The country was full of orangutans. Now a lot of the jungle has been turned into palm oil plantations, and half of the animals have disappeared. They live in some little territory. Their comportment has completely changed. Now they are more quiet. You don’t see the same exultation of life as before.

JP: We really feel our humanity when we experience the unpredictability of nature. If our lives were 100 percent predictable, we would be emotionally dead. The French novelist Romain Gary once wrote, “If the world was with only human beings, it would be inhuman.”

5. Photo of a lynx by Ludovic Sigaud, courtesy of Music Box Films.