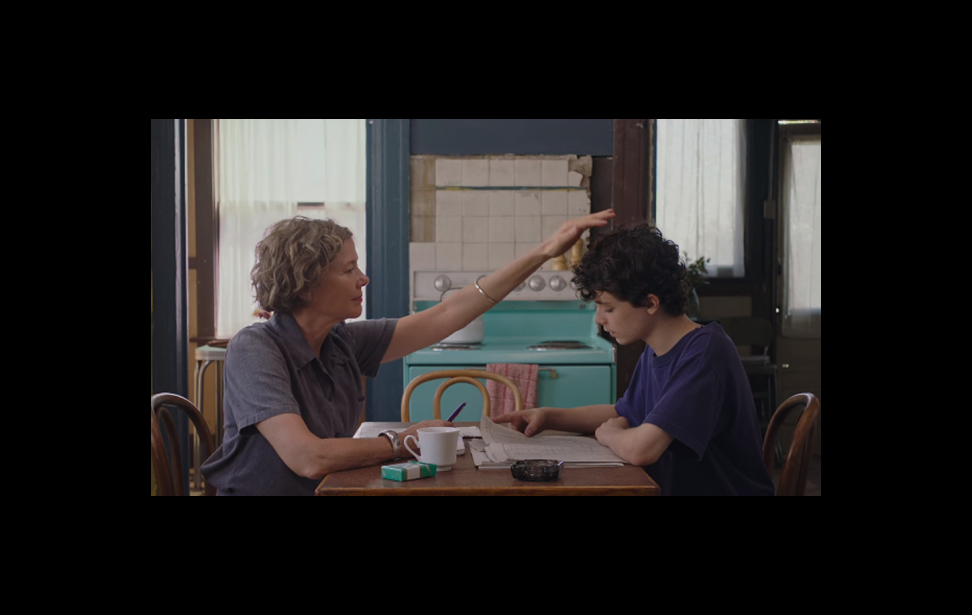 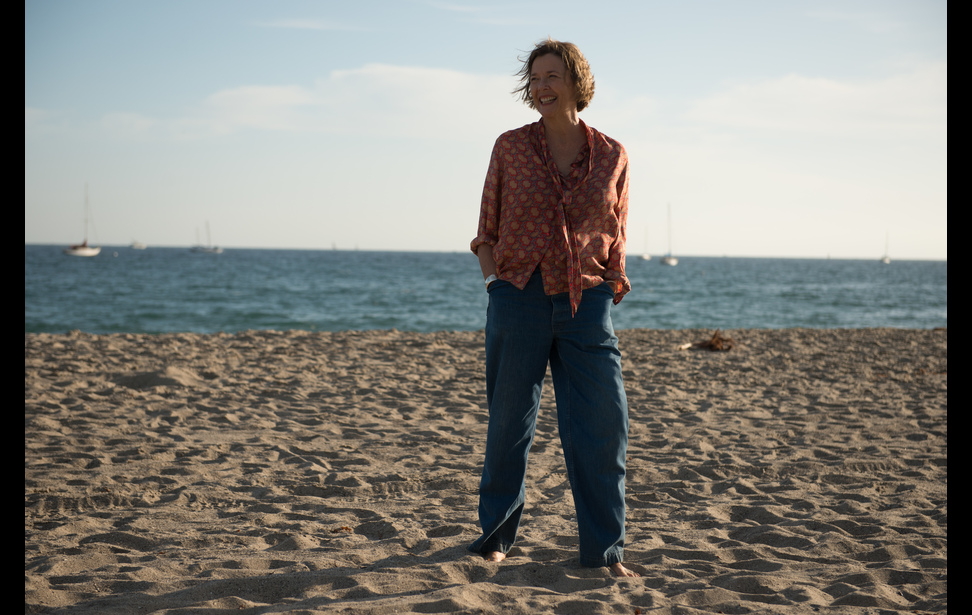 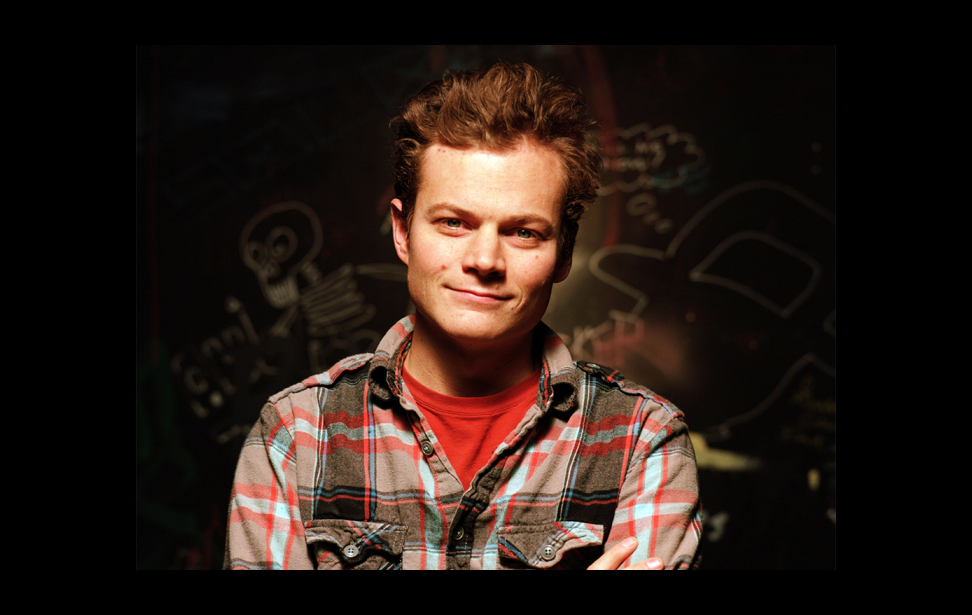 “It was just a subconscious vibe: We’re going to get along and we’re going to augment each other,” recalled cinematographer Sean Porter of his first Skype chat with director Mike Mills. “Its kind of like love at first sight.” The feeling was clearly mutual, and it led to Mills hiring Porter to shoot his new film 20th Century Women.

It wasn’t an obvious choice. As the 34-year-old DP pointed out, “We grew up in totally different generations.” This could have meant an unbridgeable gap in relating to the material, especially considering that the film unfolds in 1979 and draws on Mills’ own coming of age.

Imagining that watershed moment required the filmmakers to invoke the last gasps of a dissenting age. The searching, “Crisis of Confidence" 70s gave way to the gray-cubicled, Reaganite 80s, as captured in the mood of transition and uncertainty yet also of adventurous exploration hovering over 20th Century Women.

Its realist sensibility, unfussy lighting and insinuating architectural space are well suited to Porter’s fortés. They abound. He’s as versatile a lenser as today’s cinema affords. Porter came of professional age with the advent of digital cameras, moving from MiniDV to RED ONE to ARRI Alexa after having cut his teeth on 35mm and 16mm shoots. In his decade or so on the beat, the award-winning craftsman has beamed up images for an unlikely mingling of projects: Eliza Hittman’s coming of ager It Felt Like Love; Zellner Brothers’ urban legend Kumiko, the Treasure Hunter; Jeremy Saulnier’s Neo-Nazi punk-rock thriller Green Room; and Alex and Benjamin Brewer’s heist drama The Trust among them.

The native Pacific Northwesterner spoke with thalo.com during a well-deserved caffeine break in New York. That was after a night shoot for Lucia Aniello’s dark comedy Rock That Body and before the New York Film Festival screening of 20th Century Women, where the zeitgeisty dramatic comedy had its world premiere.

Mill’s follow up to his earlier film à clef Beginners opens with an overland shot of Southern California and quickly loses altitude, remaining earthbound till close to the end, when it offers a few aerial glimpses of the sparkling Pacific and ultimately goes air-to-air with heroine Dorothea Fields as she takes wing in her plane. Annette Bening plays that heroine, a chain-smoking divorcée in her mid-50s who’s both with it and oddly clueless. During WWII she’d dreamed of becoming a pilot, but freedoms that would open up to later 20th-century women remained out of bounds for her and her cohort. With one foot mired in the Depression and another — sporting Birkenstocks — absorbing late 70s consciousness, she tracks the stock market with the same doggedness that draws her to New Age ideals. It’s such polarities that make raising her 15-year-old son Jamie (Lucas Jade Zumann) a daunting challenge.

For help, Dorothea corrals two young women who hang around her Santa Barbara abode. There’s upstairs boarder Abbie (Greta Gerwig), a crimson-haired art photographer and cervical cancer survivor, and Julie (Elle Fanning), a 17-year-old neighbor who sneaks in Jamie’s window at night for cuddles but — unfortunately for him — nothing more. Rounding out this make-shift family is William (Billy Crudup), a holdover from the 60s who’s renovating (and also renting a room in) the crumbling infrastructure of Dorothea’s 1906-vintage house.

To prep for 20th Century Women, Porter was asked to immerse himself in that historic West Adams location together with a stand-in for the cast. At first he didn’t get why. “It seemed arbitrary to me to take a model and just explore the visual space.” As a seasoned storyteller, he wondered, “For what theme? For what motive? What’s the energy in the movie?” Porter had been accustomed to always hashing out ideas on set in the spirit of collaborative filmmaking.

The wisdom of Mills’ strategy would soon become clear. “He wanted a library of images that we could sit down and talk about, and see where our aesthetics overlapped,” said Porter. From the 100 or so images he sent the director emerged nearly as many discussion points about “unique angles and reflections,” opportunities for natural lighting and compelling textural quirks. “Mike wanted the space to influence me heavily,” he noted. Captive indoors, like the characters often are, Porter was able to grasp Dorothea’s “grand dream to make something beautiful there,” despite the locale’s tumble-down underpinnings that call for a deeper fix. “There’s promise, but little hope,” mused Porter, adding, “It’s about the ever-changing world and how these people try to navigate that.”

“Looking back, what a gift!” the DP remarked about his luxurious four-week prelude to the seven-week shoot. “You usually don’t have that kind of time to think and prepare. It unlocked doors.”

For all the pre-production leisure, the shoot itself involved quicksilver improvisation. Only the most complex scenes were storyboarded. “In terms of lighting, it was getting things at the right time of day, being open to spontaneous decisions,” said Porter. “The light was naturally motivated and not very stylized at all. But we needed to work very fluidly in every direction, kind of like in the movie.”

Accommodating a tight space and schedule brought up a host of issues: “How to move from day to night without having to relight? Where to put the equipment?” Porter and his team turned the space into a “mini studio,” replete with “blackout strategies” and LED technology “that could change lights according to what time of day it was going to be.”

For the task of creating naturalistic images, Porter’s cross-disciplinary background came in handy. That background goes way back. “Playing visual tricks was my in,” Porter recounted of the youthful tech exploits that first inclined him to his creative calling. You might say his vocational training was unstructured. “In middle school they let me make short films instead of writing essays,” he jabbed at his small town roots outside of Seattle. As an undergrad at the University of Washington, Porter improvised his own version of film school with arty courses like Visualization and CAD and 3-D Modeling and Animation, but also with geekfests like Physics, where he learned about color and light. Yet pressed to elaborate on his formative influences, he ranked Discovery Channel’s documentary series Movie Magic right up there.

Almost as high up as shooting weddings. “That’s how I honed my documentary skills,” said Porter, continuing, “You can’t control the lighting. You have to be very intuitive and capture the most intriguing visuals possible. You don’t get to redo anything, because it’s all happening in the moment.” Porter also credits a documentary he shot in Nigeria, which polished his ability “to work with natural light and find images that have meaning.”

What tools help him strike the more emotional element of tone? For that, the DP hails the power of music. For the 20th Century Women, shoot, not only did Mills provide a playlist as tonal background, per Porter, but he brought in live musicians before daily filming and even between set ups. “Subconsciously it gets everyone working on the same wavelength,” Porter reflected. “When you’re showing up to work and there’s a cellist in the cornier playing something beautiful, you’re walking into a place of creation, not a place of work. It put us at ease and changed the rhythms of the day,” he said.

Asked whether Mills had assigned him any period reading — the way he gave Fanning The Road Less Traveled and Zumann, A Cultural Dictionary of Punk — Porter said no. Nor apparently did the director discuss Godfrey Reggio’s Koyaanisqatsi, which informs a running motif of accelerated frames and which figures among the many pop culture clips lending 20th Century Women historic context. Not even Michael Curtiz’s Casablanca came up, despite such onscreen borrowings as the song “As Time Goes By,” the spoken Bogart references, the fated mother-son separation that riffs on Rick and Ilsa and Dorothea’s skyward lift-off. “They weren’t on my radar,” said Porter. Instead, the DP reported, Mills often played movies on his iPad on the drive to the set. “It wasn’t about the work that that we were doing that day; it was just for the subconscious,” Porter said. More deliberate goads came in the form of Stardust Memories and 8½., among other early Woody Allen and Federico Fellini films.

In particular, their use of wide shots that become close-ups or other framing choices modeled a conceit that Mills and Porter were going for with the film’s recurring dolly zooms: “to change the frame and make your eye look at new things,” as Porter put it. Whether zooming in or out, “these tracking shots are continuously trying to unearth something there,” he said. “You’re distilling the moment of the character that you started with a wide shot, or sometimes you’re pulling out, giving more context to the emotion.”

The effect of the slow dolly work suggests a dreamlike quality as Dorothea looks back — and forward — on the life that is passing her by. Throughout the film’s narrated vignettes, she often turns up alone in the frame. Come to think of it, single images fill the 20th Century Women screen, with the marooned matriarch only leading the charge.

“Leaving Dorothea alone in the space gives the viewer time to contemplate her loneliness,” commented Porter. You could dolly out with a room full of people and she’d still be alone. She can’t fully identify with the people around her. She doesn’t understand her own child, and she doesn’t understand the future.”

If anyone can handle things to come, it may be that misunderstood child. Nudged along by feminism, hormones and an urge to break free of his mother’s embrace, Jamie’s rebellious road trips invite the camera to track his shifting outlook. “The earlier shots of Jamie in the car are always looking back, never where he’s going,” Porter remarked. “Then when we’re shooting the bug, he’s putting Santa Barbara behind him, and we’re shooting from behind. There’s a new intent there.”

Asked to share career tips with thalo readers charting their own futures — in cinematography — Porter offers, “The best thing you can do is put yourself out there. Capitalize on the cheap equipment that everyone can now get. Find filmmakers who strike you as having a voice and with whom you can take risks. What you’re aiming to do is to find your own voice.”

2) Annette Benning on the beach in “20th Century Women.”  Photo by Merrick Morton, courtesy of A24.