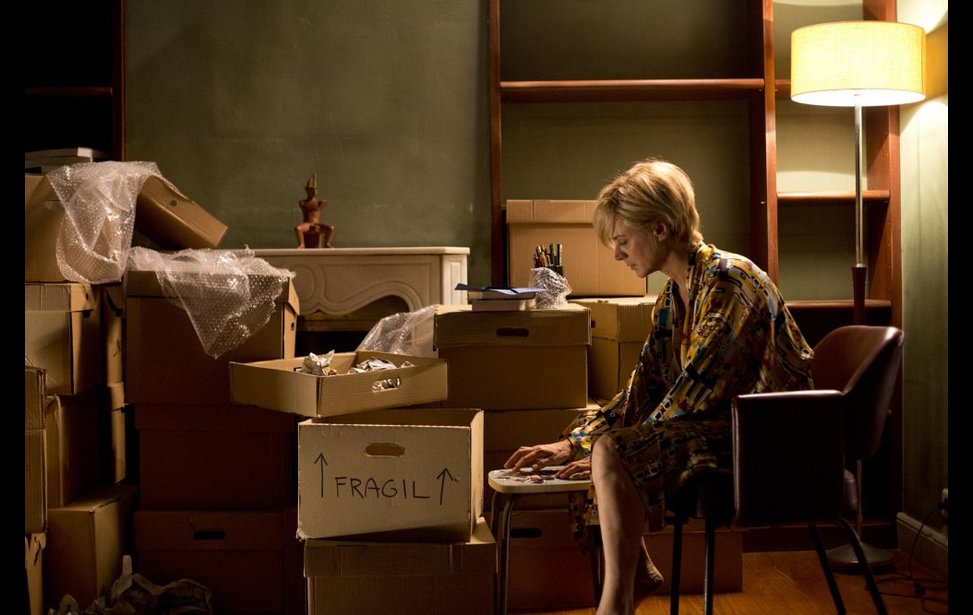 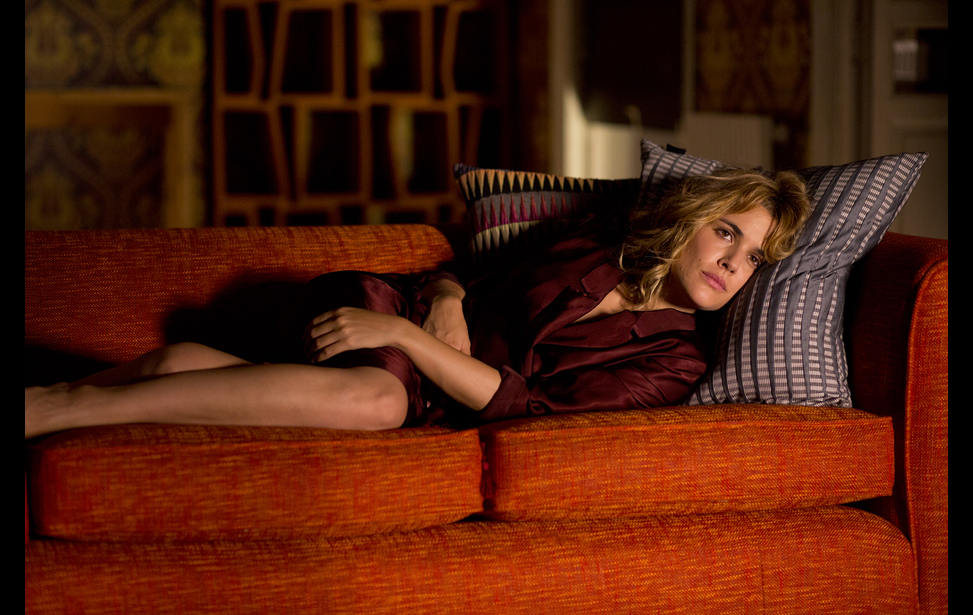 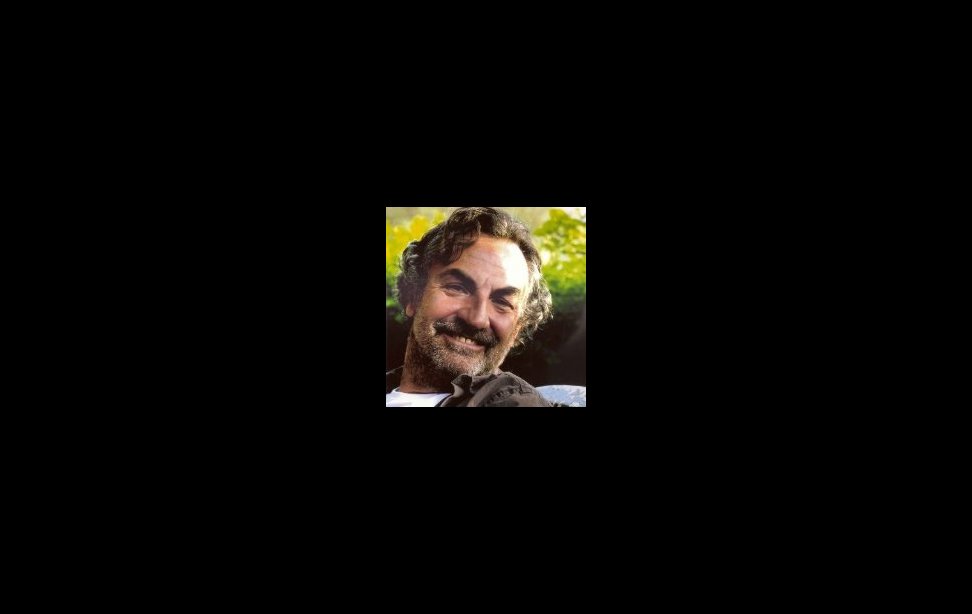 There’s nothing pretty about heartbreak and guilt or abandonment and loss. But Spanish auteur Pedro Almodóvar has a knack for gussying up even the darkest themes, and Julieta brings his latest example.

The film is constructed from three Alice Munro short stories — Chance, Soon and Silence — gathered in the Canadian author’s Runaway collection. A fair bit of running away goes on in Almodóvar’s reimagining as well, but without his customary camp antics. Julieta is his most restrained work to date. Some of its boldest wanderings unfold in the characters’ minds if not off camera altogether.

We meet 50-something Julieta (Emma Suárez) in present-day Madrid as she’s about to relocate to Portugal with her lover, Lorenzo (Dario Grandinetti). But a surprise encounter rattles her soul. She learns that her daughter, Antía, who upon turning 18 suddenly abandoned her, is still alive and a mother herself — of three children. Decades of anguish come to a head. Julieta breaks off with Lorenzo and their cross-border plans. For her next exploration she turns inward, chronicling her life in a letter to Antía.

Antxón Gómez’s production design traces that odyssey. In anticipation of the 54th New York Film Festival, where the film makes its U.S. debut, thalo.com Skyped the Basque art director and production designer in his adoptive Madrid.

“Julieta is a very mobile character, but in a certain sense all this moving around is pretty futile,” Gómez remarked. “She turns up in the train, in Galicia, in three different places in Madrid, in Andalusia, but her actions are volatile because she’s volatile. She doesn’t manage to establish much of anything concrete.”

To capture the protagonist’s fitful, irresolute state, Gómez went kaleidoscopic. “The visual elements in the film change a lot because she’s not settled,” he said. “They all respond to particular moments in her life, but nothing centers on her.”

Much of the film is told in flashbacks as Julieta recalls her younger self’s (played by Adriana Uguarte) railway coupling and seaside marriage with Antía’s late father Xoan (Daniel Grao), her unlikely bond with Xoan’s sculptor friend-with-benefits Ava (Inma Cuesta) and her fraught relationship with the intimidating and manipulative housekeeper Marian (Rossy de Palma). How her entanglements may or may not have doomed fisherman Xoan to a tragic fate on stormy seas has tormented Julieta ever since.

As a professor of Classical Literature, Julieta is expert at parsing the past. Yet her own story offers her few clues as she tries to fathom the meaning of her and her loved ones’ actions. The movie plays out like a mystery, not so much a whodunnit but why. Three turning points come under the magnifying glass: 1985, 2003 and 2015. Cutting across time and space, the saga reveals period accents and evolving emotions with help from Gómez’s set.

In every Almodóvar there are pounding colors, and Julieta keeps with that tradition. Gómez came to this project well versed, having styled the look of the director’s I’m So Excited, The Skin I Live In, Broken Embraces, Talk to Her and All About My Mother. Red pulses as viscerally as ever in this new work, with blue throbbing in symbolic sync. “Red is a very Spanish color that can signify death, blood, passion,” mused the 60-something Goya Award-winner (for Steven Soderbergh’s Che, Part One), who took up cinema with Bigas Luna’s 1993 feature Golden Balls. Heightened chromatic play goes back to the Franco era, when it was used as code for desire, to circumvent the censors. Almodóvar has taken color over the proverbial top since cultural taboos sprang free with the 80s Movida.

Yet more than any of his previous work, Julieta inhabits the realm of myth and pathos, stripping away the usual eccentricities for a subtler, more austere aesthetic. A giddy melodrama it most certainly is not. As if to take the cue from Munro’s pared down sensibility, for once the filmmakers seem to have worked sober. Save for the likes of some candy-colored birthday cakes and a spectral blue envelope with torn photos, the mis en scene isn’t festooned with a riot of kitsch collectibles.

Ironically one of the film’s most memorable artifacts is a streamlined clay figurine. “The Seated Man” (made by Valencian artist Miquel Navarro), first turns up as Julieta is bubble-wrapping her possessions for Portugal, and it resurfaces in the back and forth of her evolution. “There’s something castrated about it,” said Gómez of the phallic sculpture. “It’s like a child in that it suggests potential more than reality.” This earthen golem joins with other visual tokens of inchoate destiny and oblivion in Julieta.

At one point things get downright minimalist. Julieta rents a white-walled apartment on the other side of Madrid from where she had lived with Antía. Asked how its sterile decor reflects her state of mind, Gómez explained, “This is where she is a total void. Her life has no meaning. It’s the most absolute of emptiness: white.” As Gómez noted, the only glimmer of life is in this space is the poster of a Lucian Freud self-portrait from an exhibition that may reference Julieta’s voyages with Lorenzo.

Thinking back on his conversations with Almodóvar, the production designer recalled parsing the significance of white in Julieta. “We often talked about two uses of white: narrative white vs. shading white. White is absence. It’s not intent.”

The colorless enclosure contrasts starkly with Julieta’s previous address, where she and Antía moved not long after Xoan’s death. There the wallpaper is so conspicuous that Julieta calls it “oppressive.” As Gómez observed, “It’s an element that captures the viewer’s eye and even serves as a protagonist.” For him the pattern is almost as “obsessive” as the geometric wallpaper in All About My Mother, which he said, “simulates two eyes as if it’s observing the spectator.”

It certainly tests Julieta. “She doesn’t have the psychic strength to change the wallpaper,” said Gómez. Julieta’s third Madrid apartment similarly comments on her fragility. Located in the same building as the boldly wallpapered unit, this dreary structure is plastered in drab olive tone tones. “When she arrives at the apartment, its shaded, greyed green color reflects her state of mind,” said the production designer. “She’s waiting for her daughter’s call and she’s not in the mood to do much of anything else. She doesn’t have the wherewithal to recreate her surroundings, only to wait for communication from Antía,” he offered. “We worked a lot on the texture underscoring traces of the past in the color — things that existed that left their mark.”

In her Greek literature class, young Julieta tells her students how The Odyssey’s

Ulysses, refusing the goddess Calypso’s gift of immortality, instead forges his own way on the waves — far from Ithaca and Penelope. She highlights “pontos,” the ancient Greek word for “sea” also denoting the road to adventure. Julieta’s own response to the departures of loved ones involves an exile from self and a hiatus from memory.

Xoan and Julieta’s home in Galicia contains visual oracles of things to come. There are the blue-and-white Sargadelos ceramics that wink at Greek mythology’s cruel Fates and Mediterranean marinescapes by Argentine-Galician artist Luis Seoane. Seoane, who sat out the Spanish Civil War in faraway Buenos Aires, seeded his work with “themes of disappearance, loss and sadness,” said Gómez.

Intimations of these themes lurk throughout Almodóvar’s spare retelling of a woman on the verge of a breakdown as she grapples with painful vanishing acts. We may join her in wishing that such leave-taking were beyond the pale of human experience, but meanwhile we have the auteurist deities to thank for its graceful picturing in Julieta.