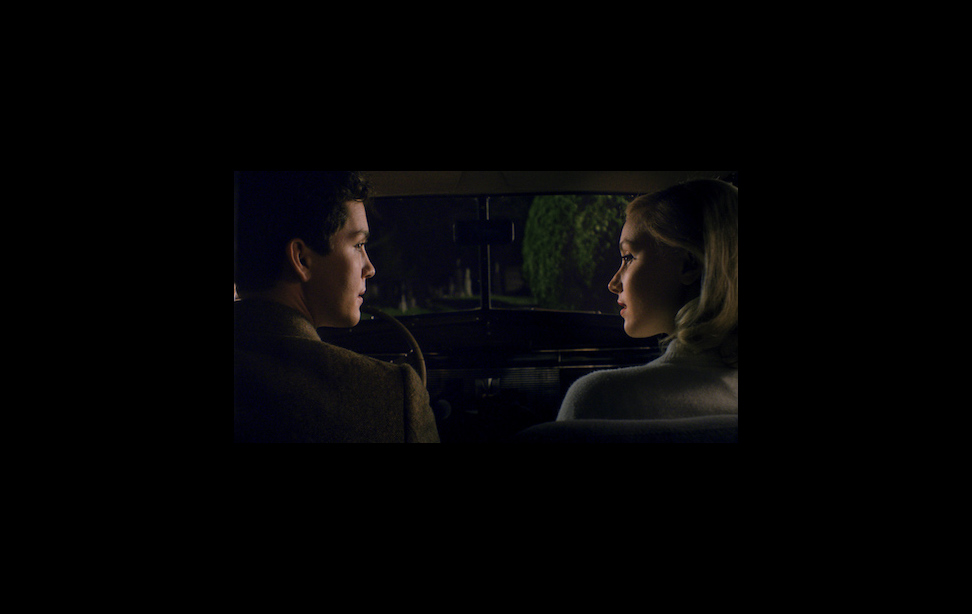 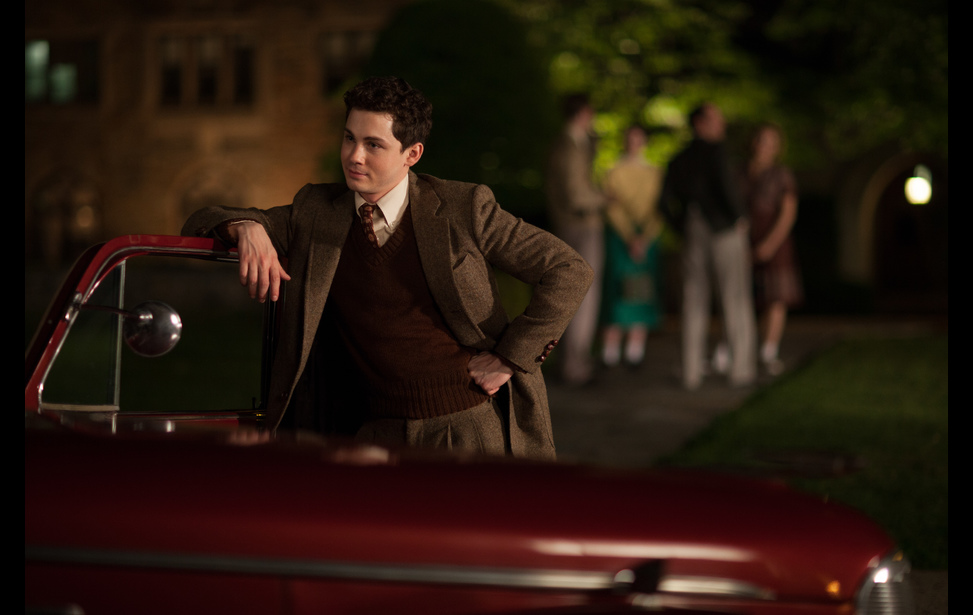 It’s taken James Schamus nearly three decades to tackle directing — and he had to charm Philip Roth in the process. That’s because he chose to adapt the author’s novel Indignation for his feature debut. But Schamus hadn’t exactly been twiddling his thumbs. Among his myriad credits are screenwriter (The Ice Storm and Crouching Tiger, Hidden Dragon); producer (Brokeback Mountain) and industry suit (Good Machine, Focus Features), to name but a few.

What about Indignation piqued his interest? Just as this story of ethnic striving in the oppressive early 50s gave Roth a vehicle "to connect to his generation,” so too the 50-something filmmaker “could completely relate” to its main character and his quest, Schamus told thalo.com.

That character is Marcus Messer (Logan Lerman), a Jewish overachiever struggling to become his own man. Messer's bid for autonomy of thought, belief and action puts him at perilous odds with the mid-century zeitgeist and its powers that be. To dodge the Korean War as well as his kosher butcher father Max (Danny Burstein) and overprotective mother Esther (Linda Emond), he leaves Newark, NJ for a conservative college in Ohio. But life on campus isn't quite the escape he bargained for. He falls for unhinged seductress Olivia Hutton (Sarah Gadon) and butts heads with moralizing Dean Caudwell (Tracy Letts), subjecting his and his family's great expectations to an unbidden fate.

An implicit critique of America, its vulnerable citizenry and its romance with aggression, Roth’s 2008 narrative holds current resonance. “Clearly, how the vast machinery of war and imperial hubris catches up our best and brightest in its claws is still quite of the moment,” offered Schamus.

So too is a concern with causality. How the infirm elderly woman shown in frame one relates to a Korean War soldier we meet next will supply a wily twist later on. For openers the narrator says our decisions can trigger a chain of events that blindly occasion an unhappy outcome. Marcus’s father echoes the sentiment. ”The tiniest mistake can have consequences,” he admonishes. Rattled by the mounting war casualties his son’s age, Max sees danger all around. His fears infest the sturdier Esther, though they cause a reaction in Marcus that sets him on his fateful path.

Inevitably, that path is strewn with pleasures of the flesh. Whether in the backseat of a car or on his hospital bed, Marcus’s sexual encounters with Hutton will later come back to haunt him. Not that his social intercourse on campus bodes is any safer. That he spurns the Jewish fraternity is his affair, but his plan to ditch his dorm mates for a single room requires the Dean’s permission. During an epic verbal showdown in Caudwell’s office, the atheist undergrad hurls Bertrand Russell's Why I Am Not a Christian in his face before hurling his guts out on Caudwell’s medals.

Asked about this sparring showpiece, Schamus recalled it was “the easiest and most difficult scene to write.” The ease came from transcribing Roth’s text, however, making it work on screen presented a different sort of challenge. It was only while reading his finished script that Schamus realized he’d crafted “an 18-minute scene, in the middle of a movie, where two people are talking about religion.” Looking back he deadpanned, “That’s really just such a commercial idea, James, I’m so excited!”

To pull it off he meticulously designed each shot, with DP Christopher Blauvelt, and blocked each movement using “a subterranean visual logic.” It would take eight tries on the ALEXA digital camera to nail this continuous 18-minute sequence (later shortened by two minutes), and actors who were “superhuman.” This wasn’t the only scene Schamus choreographed with military precision: overall a 200-page shot list went out to the crew, featuring photos from location scouting, drawings, floor plans and stills from the movies of such filmmakers as Carl Theodor Dreyer, James Wong Howe, Ingmar Bergman and, for framing, John Ford. “That was insane,” Schamus laughed, but having worked with with first-time directors, he also knew to let go. “The worst thing you can do is to write with the exact movie in your mind and then try to convince 200 people to get that exact thing,” he said.

That’s where the “dance of the actors” kicked in. Not counting Letts, Lerman and Gadon, New York stage thesps filled the cast of this string-budget production. Dealing with talent brought the director equal measures of excitement and anxiety. “I was just petrified of working with actors the first time,” Schamus conceded. “Even Logan has been at it since he was 8. He has a lot more experience on the set than I do.” It was Lerman’s performance in the 2014 war picture Fury that commended him as Schamus’s indignant protagonist.

His air of wounded defiance could hardly be more apt here. The split-second shot in which, lying back on his bed, Marcus locks into a full-on stare at the camera earns a gasp for its ghostly audacity. Watch closely and note that all of the characters get their turn at breaking the fourth wall.

Yet curiously not one of them breaches the narrative. Pressed for an explanation, Schamus shrugged, “It’s the weirdest thing. I don’t have an account of it.” (Spoiler alert: partway through the film the narrator is revealed to be dead.) “And it really is about crossing this death threshold. They’re looking at the people who are going to be looking at them 60 years later.”

One of these seers (again, spoiler!) is Gadon’s fragile blonde with the scarred wrists. The late poet Sylvia Plath served as a key reference for Schamus’s prep with the Canadian actress. They combed through Plath’s journals and letters, and even took hairstyling tips from the Philip Roth contemporary whose own college years were spent down the road from Indignation’s creator.

To fashion a look for his period production, Schamus raided the image archives and today’s bag of tech tricks. He turned up the early color works of Civil Rights photojournalist Gordon Parks and the latest manipulations of a color scientist that give the picture its dreamy luster tinged with deep, moody reds. “I didn’t want to reproduce the color of Hollywood movies from ’51, because that was very specific—it had a three-color process that we don’t have any more—so I went back to the early Kodachrome math,” said Schamus. “We ended up changing the math,” he added amid shop talk about the so-called LUT, or “Lookup table” for color that they used.

Schamus’s quest to recreate “the feel and the life of a movie from the late 40s and early 50s” also tempered the film’s pacing. “The average shot length of this movie is about four times the average for a normal American movie right now,” he noted. It summons the ghost of an era and contributes to an air of quiet tumult about the film. We find a similar sense of the inevitable in the Mesopotamian tale that inspired Appointment in Samarra, and in generations of ghost stories that conjure lost souls. How did Schamus weave in elements of fable-telling? “The use of voice-over and the many framing devices really helped the effort to preserve the fable-like nature of Roth’s novel.”

Roth himself is a fan of Schamus's adaptation, the filmmaker affirmed. Asked whether the iconic novelist participated in the production, Schamus grinned, "in the best possible way." He went on to explain, "Before we started shooting I sent him a screenplay, for karma’s sake. He did the greatest favor a writer can do for a screenwriter: he refused to read it." According to Schamus it wasn't until post-production was completed that Roth saw the film. "That was the scariest day," recalled the newbie director. His fear was short-lived. Roth dashed off "a beautiful statement of appreciation about the movie," he said, adding, "We were like, Philip Roth approved!”