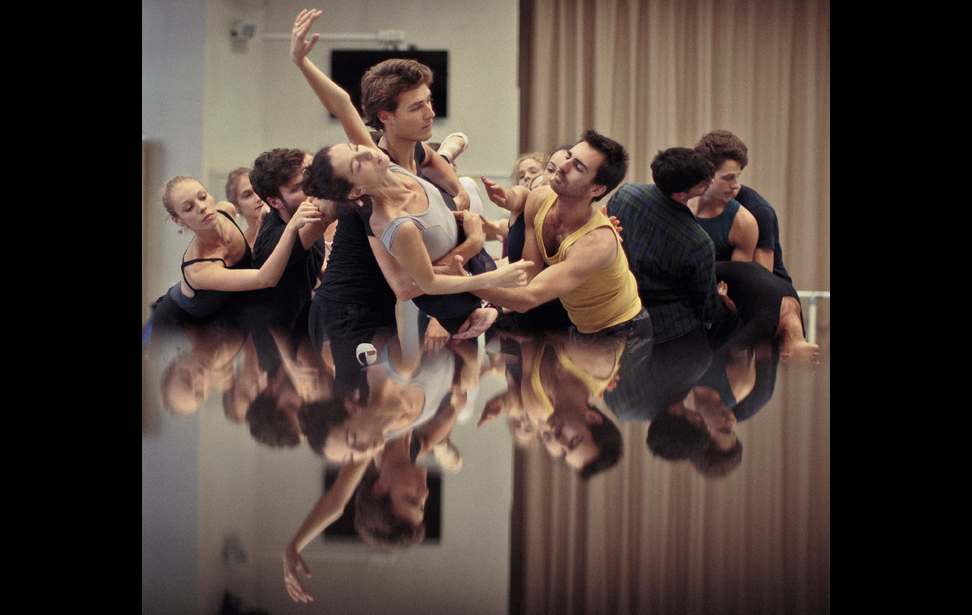 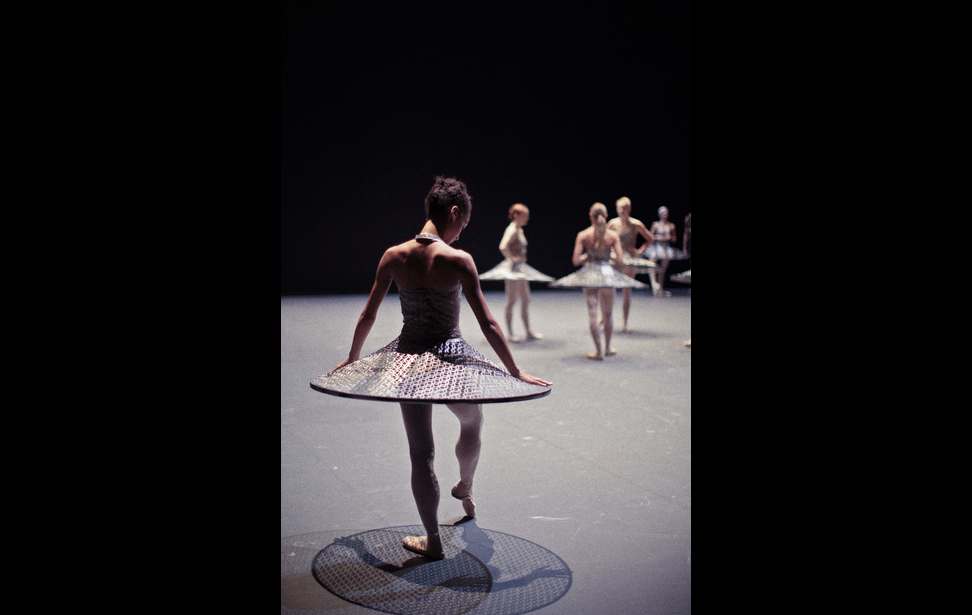 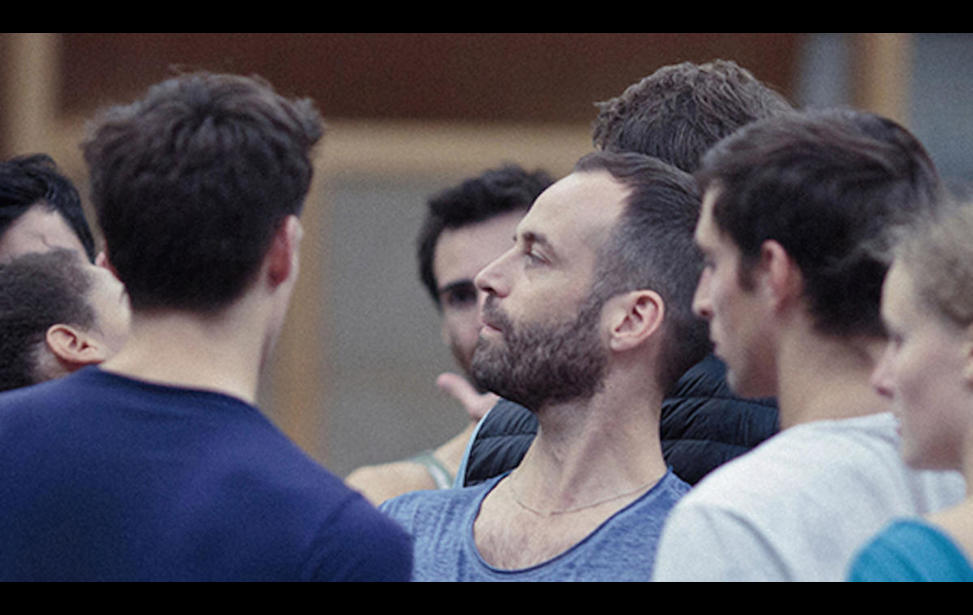 One of the first silhouettes we glimpse in Reset is Natalie Portman’s, greeting François Holland during a September 2015 gala premiere at the Opéra National de Paris. It’s also our last sighting of the starlet in this intricate ballet documentary about her spouse and Black Swan choreographer, Benjamin Millepied. Over the past 40 days, while creating his first ballet as the venerable establishment’s new dance director, he hadn’t seen much of her either.

Thanks to the immersive lens of filmmakers Thierry Demaizière and Alban Teurlai, we get a backstage pass to watch Millepied design, engineer and mount a performance. There’s a lot at stake. The result can burnish or tar his bona fides at the pinnacle of the ballet world. Coming off of a 20-year run in the US, where he served as principle dancer of the New York City Ballet and founding choreographer of the L.A. Dance Project, the 37-year-old Frenchman now steps into the long shadow of his predecessor, Brigitte Lefèvre, whom he was tapped to replace the previous fall.

Time has an almost palpable presence in Reset. Huge calendar dates in hunter yellow mark its unstoppable passage as Millepied readies his salvo. Even the title he picks, "Clear, Loud, Bright, Forward,” gives off a sense of urgency. All of 33 minutes long, the show is charged with nothing short of rattling three centuries of classical tradition in this bastion of French culture dating back to 1713. What may seem like mere dance steps is really a storming of the barracks from within.

Millepied has selected 16 young dancers from the Opéra´s 154 members to help him rouse the creaky institution from its long years of slumber. There will be no big-name stars on the program, and he taps New York composer Nico Muhly to work up contemporary orchestral music for 25-year-old Maxime Pascal to conduct. Set design is entrusted to the London art collective United Visual Artists, known for their light shows at music blow-outs such as Coachella. For the costumes, his imaginings run futuristic, so he brings in the Dutch designer and former Alexander McQueen colleague Iris Van Herpen. The shake-up doesn’t end there. Looking beyond the premiere, Millepied plans to open a Digital Opera stage, a platform inviting artists to create original works.

It’s easy to get on board with his vision, especially regarding diversity. Under his command, for the first time in the Opera’s history, a solo performance goes to a mixed-race dancer — the gifted Letizia Galloni. Millepied, who spent part of his boyhood in Senegal, is determined to see different races and nationalities grace the stage. We’re as rattled as he is by his anecdote of having “heard very clearly upon arrival that we do not put a person of color in a ballet because it's a distraction: that’s to say, if  there are 25 white girls with a black girl, you will only watch the black girl.” Millepede walks the walk of using “art as an example for our society.”

The work begins off-wing. Step one is to overthrow the entrenched sense of hierarchy and cut-throat competition. “It creates fear,” Millepied laments, explaining that some dancers trembled at first when speaking to him, and that others were hard pressed to speak at all. A cornerstone of his glasnost is to bust up the tyrannical mind-set of teachers who’d say things like, ‘I’m going to break you” to their dancers. "You can not dance without taking pleasure,” he admonishes. “It's boring as hell to watch.”

Fortunately, watching him smash archaic practices is anything but. Peppered with the electronic rhythms of Pierre Aviat, Reset captures the sweaty thrill of expressing ideas through movement. We see the choreographer prance and twirl, all the while recording moves in his smartphone and sketch pad. It’s a kind of spectator sport with its own set of sneakers and helmets, feints and thrusts, surprises and excitements.

Having once defied gravity in pole vaulting, Millepied aims to bring such freedom to his work. Support comes in the form of his indefatigable assistant, Virginia Gris. Still, looming challenges include everything from possible transit strikes to internal administrative sclerosis as expressed in PNO general director Stéphane Lissner’s comment, "Sometimes, the ship is a little difficult to move.”

The ballet corps itself takes resteering. These hot young dancers stand to become less stiff thanks to Millepied's innovations, starting with a commitment to emotional responsiveness. “You don’t learn the technique first,” he tells them. “You explore emotions through movement and dance. You must be responsive to your partner.” Being attuned to one’s body is another critical lesson the choreographer drums in. What to eat, when to consult a doctor, why massages are important: health is fundamental to Millepied’s revolution.

Between rehearsals, we get closeups of the intelligent gray-blue eyes that fog over with doubt almost as readily as they glint with excitement. From week to week Millepied tells the camera about the latest developments. Filmed interviews also let us hear from the dancers. Most memorable is the young man who describes dancing as thinking without words. His remark anticipates the climactic performance to unfold at the end. Editor Alice Moine, working with Teurlai, may take more time than what’s needed to get there, but it’s well worth the wait.

The spectacle knocks us past the threshold of language into the realm of pure sensation as 16 pulsing bodies come together and pull apart. Here Teurlai’s 35mm cinematography dazzles like a nature documentary about wild cats, that is, if cats glided in space. Intercut with brightly-lit rehearsal scenes, the baroque effects of the tawny reds and browns projected onto the dancers contrast ethereally with the multiple horizons done up in stripes of blue light. Early on in the film the French choreographer notes that dance is the interplay between space and time, and now we see what he meant.

The only misstep in an otherwise mesmerizing sequence is a gimmicky bit of slo-mo camerawork. But that’s a minor quibble. It’s hard not to think Millepied does the ghosts of Jerome Robbins and George Balanchine proud with his daring gambit, which splits the difference between modern dance’s “letting go” and classical ballet’s “restraint.”

Deep as his talents and passions are, it’s arguable that Millepied’s greatest assets for the Opéra are his convictions. Or “were,” as the case may be. He resigned four months after the world premiere, but luckily his efforts are preserved in Reset.