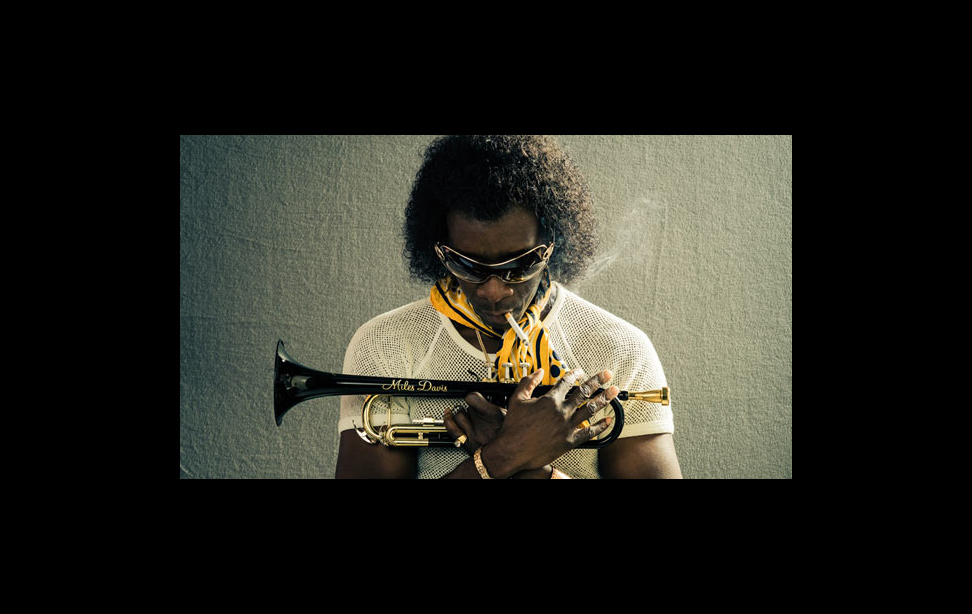 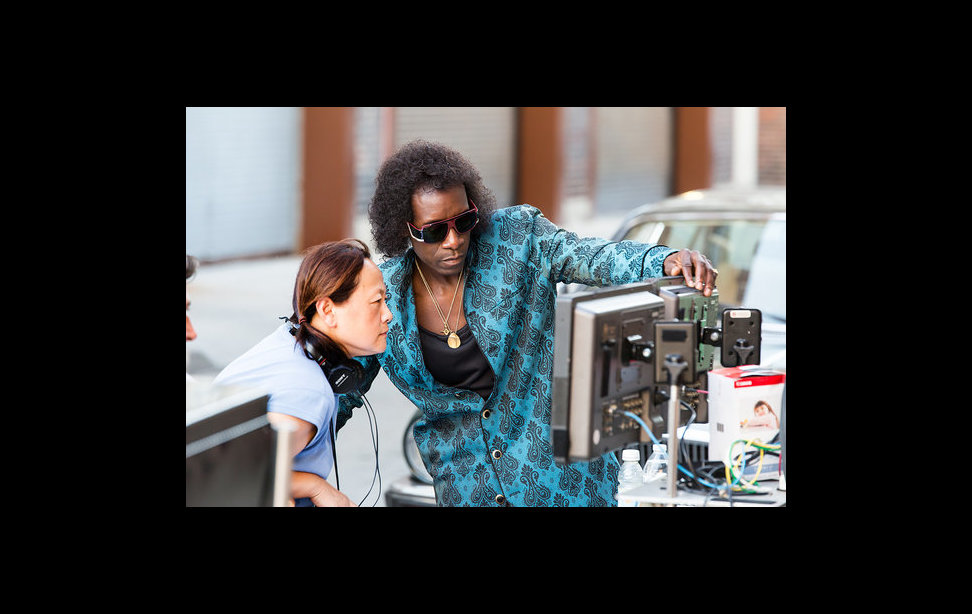 Miles Ahead, a portrait of music icon Miles Davis, is actor Don Cheadle's first shot at directing. Fans of both may attend without fear.

A riffy, restless fusion, the film takes its key from the temperamental makeup of the artist and his music. "I was born modal," Cheadle's Davis reflects seconds before snapping, “Come with some attitude!” Cheadle, 50, has Davis's rap and rasp down pat.

Having played such legends as entertainer Sammy Davis Jr., Rwandan humanitarian Paul Rusesabagina and Harlem streetball player Earl Manigault, the actor had long sought to have a go at Davis, he told the press at the 53rd New York Film Festival, where Miles Ahead did Closing Night honors. That quest gained momentum in 2006, when Davis was inducted into the Rock and Roll Hall of Fame and the trumpeter's nephew, Vincent Wilburn Jr., announced that Cheadle would star as his uncle. Cheadle recalled taking it as "sort of a pronouncement." The project, at $8.5 million, would take nearly a decade to pull off.

Miles Ahead was conceived as a corrective of biopic portraiture. Far from a chronological saga, the film opens in New York of the late 70s, as Davis is emerging from a five-year dry spell and regaining his creative mojo with the help of Rolling Stone reporter Dave Braden (Ewan McGregor). Cheadle and his writing partner, Steven Baigelman, concocted a framing device that veers into a caper. The result is by turns sobering and paced to thrill and frequently damn funny. It's bound to be compared to another maverick biography in the Festival: Danny Boyle's Steve Jobs. Whether Miles Ahead triumphs by comparison depends on the viewer's interest in B-movie shenanagans.

Much of the picture is spent on Davis's drug-addled efforts to guard and then regain a stolen master reel of his latest compositions. A host of cartoonish characters are after it. They include a budding trumpeter (Lakeith Lee Stanfield), his producer (Michael Stuhlbarg) and the Columbia Records suit (William Cross) who ostensibly put them up to it. And of course there's Braden, whose itch for a Davis comeback scoop gets him into the whole mess to start with. Both will see ample action on New York's mean streets, from car chases to shootouts. And that's to say nothing of what goes down in Davis's wild West Side lair. Throughout the whole roistering ordeal, Davis wallows in heart-broken nostalgia for his ex-wife Frances Taylor (Emayatzy Corinealdi) when he's not flashing back on choice highlights of his career.

It's a boldly intercut affair, and the intercuts go as much toward sampling the highs and lows of Davis's character as to deflecting attention from his mysterious formative past. How did Davis end up as what Cheadle tagged "the Howard Hughes of jazz"? Miles Ahead never lets you know. What interests Cheadle more is to birth a cool story that jives with Davis's spirit and human condition. "I thought the fighting to come back and the trying to find your voice and writers block and being creatively shut down was relatable to everybody more than trying to figure out how to specifically demonstrate Miles' 'genius,' " Cheadle offered.

"I wanted to make a movie that I thought Miles would have wanted to star in," he continued. "I wanted the storyteller in the movie, being Miles Davis, to say, 'If I'm going to tell this story, I'm going to tell it in this fashion.' " Describing Davis as a "singular artist who's always about trying to do it differently than it had been done before," Cheadle stressed that he too felt compelled to invent suitably creative, intriguing and unorthodox material. He cited Bob Fosse's All That Jazz and Jaco Van Dormael's Toto the Hero as inspirations.

The director and star, who also produced the movie, explained that a "cradle-to-the-grave" narrative would have meant tailoring "specific moments that coincided with the music." "I didn't want it to necessarily have to be, 'We're in the 60s, so now we have to use the music that he did with Superbrew,' or, 'We're now coming into the 70s so it has to be Bitches Brew, " he said. Nor does the action get bogged down in the era surrounding Davis's 1957 album that informed the film's title.

Instead, Cheadle approached Davis's music as a goad to storytelling, which is how the filmmaker -- who himself plays a wind instrument -- tends to experience the stylings. "I see stories in my mind when I listen to his music," as Cheadle put it, adding that he wanted to craft a work in which "the music can support those stories." So long as the film keeps its twitchy hero within shooting range of that concept, there's always the payoff of Davis's greats.

Miles Ahead winds down with Cheadle's Davis jamming alongside present-day Herbie Hancock and Wayne Shorter and sporting a hashtag of his "social music" brand. Though Miles Dewey Davis III died in 1991, Cheadle has a different take: “It's intended to say Miles is present, Miles lives and Miles is now -- and the story of Miles Davis continues.”