Laurie Anderson's "Heart of a Dog" Has Heart and Soul 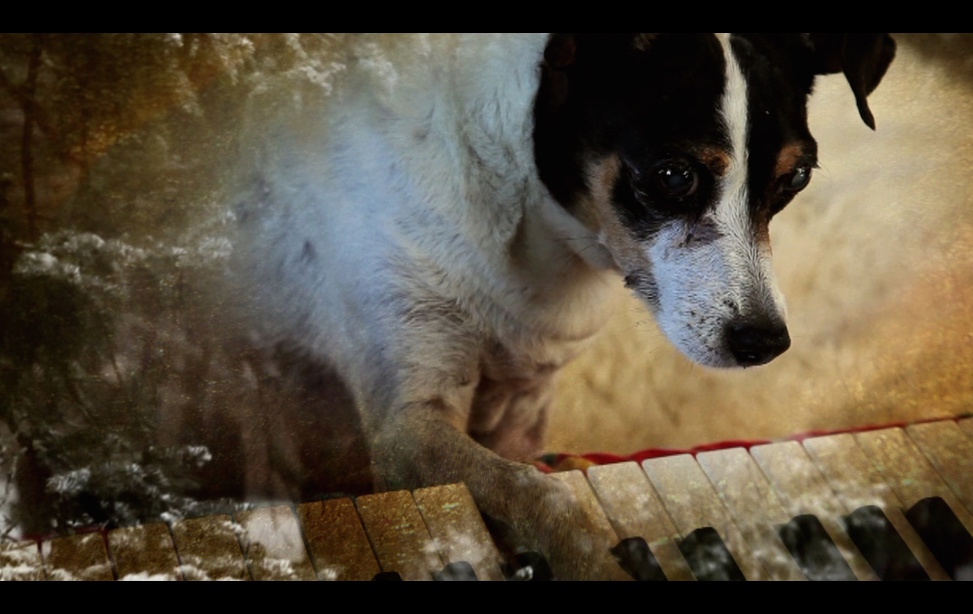 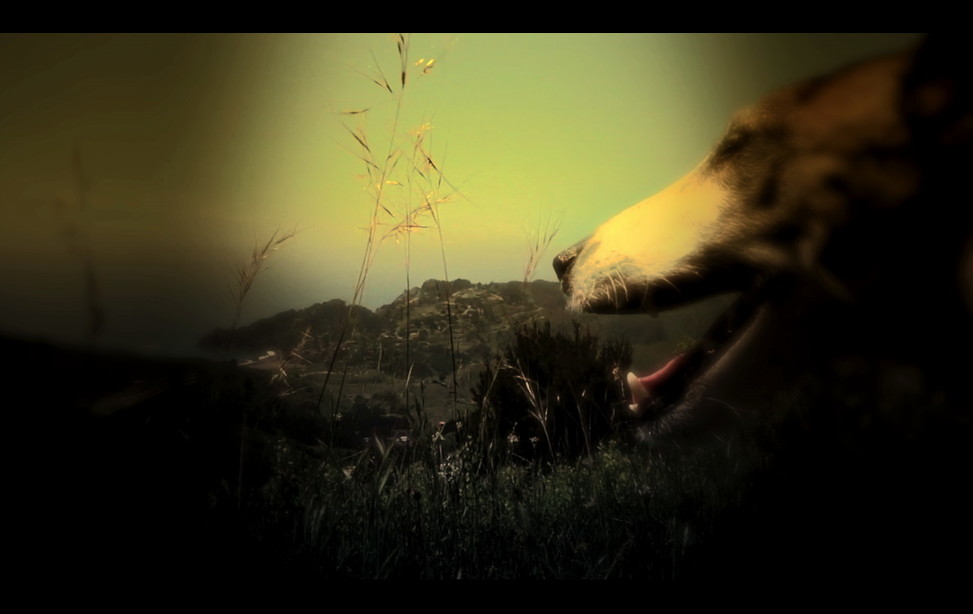 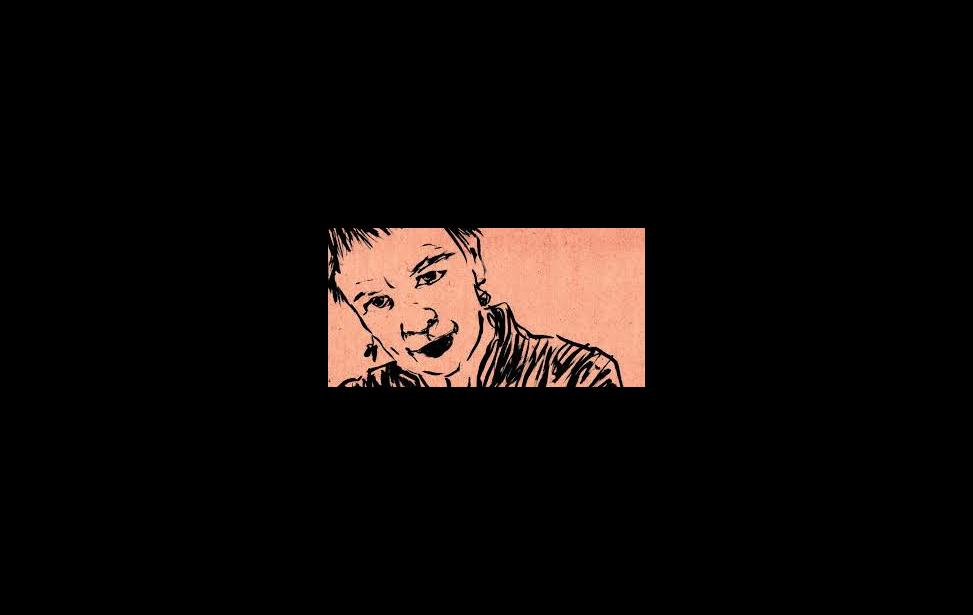 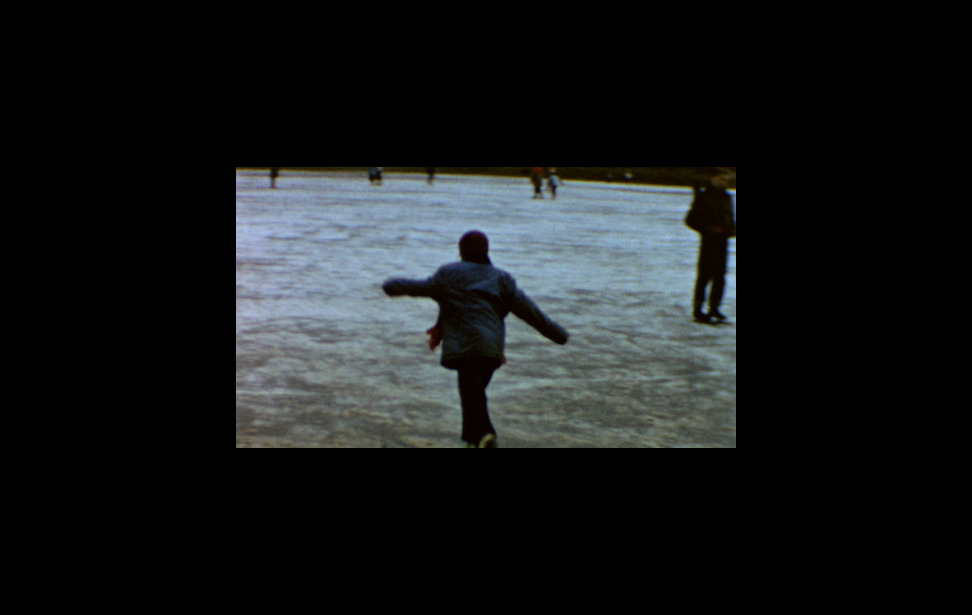 For more than four decades, Laurie Anderson has been telling us stories about her soul. In the avant-gardists's entrancing new movie Heart of a Dog, she expresses the spirit of her deceased rat terrior as well. Lolabelle, as Anderson told me in 2010, was her "best friend." So it's not surprising that the documentary is dedicated to that companionate canine's loving memory.

Anderson enlists a heady mix of adventurousness, fear, intelligence and creativity in the work, which is the cinematic equivalent to Lolabelle's exertions: beach running, surveilling predators, playing an electronic keyboard and finger painting. Heart of a Dog has a sense of empathy and humor. It has us believing that the director's dog did too. Surely Mikhail Bulgakov's same-titled novel, with its canine character that assumes human form, lent inspiration.

What is a story? is one of the questions posed in the film. The answer, in the case of a love story, is a ghost story. Citing David Foster Wallace as the author of that revelation, and drawing on Ludwig Wittgenstein and Søren Kierkegaard for other guiding wisdoms, the New York artist teases out resonances between the past and present, the personal and political, the cosmic and mundane. In the event she conjures up her mother, her girlhood reveries in suburban Chicago and her initiation as a "sky worshipper," alongside glints of post-9/11 America and its security state on the march. Midwest meets East in her silver-tongued ruminations, with Buddhist philosophy clinching the deal.

The visual strategy is dreamlike. Images flow in a hallucinatory stream from animation and eight-millimeter home movies to flashing text and scratchy, flickering images of what sacred Zen art might look like were it preserved on vintage film. At one point we even see the West Village through Lolabelle's low-slung, blue-and-green POV. Pretty much the whole collage is voiced over in the stylized cadences and inflections that Anderson's fans have come to associate with her experimental performance art. Her music accompanies the cine-essay throughout, including riffs in solo violin, quartets, songs and techno vibes, closing with Lou Reed's song "Turning Time Around" over the credits.

The heart of Heart is a visceral musing on the Bardo as elaborated in The Tibetan Book of the Dead. That's the 49-day interval after death in which, Anderson tells us, "the mind dissolves and the energy prepares to take another life form." In case we haven't felt the ghost of Reed hovering over the film, here it's hard not to imagine Anderson's cinematic musing on love and death doubling as a billet doux to her late musician husband, who died two years after Lolabelle in 2013. Yet, in her signature style, the 68-year old widow tempers any slides into pathos with deadpan wit. So, for example, amid the lycergic cloud wisps and otherworldly waves rears up (not for the first time) a crude "missing file" graphic courtesy of Homeland Security. War, fear-mongering and the data compilation that have hounded American life are themselves variations on storytelling.

Anderson recalls her own brush with trauma and mortality. A Story About A Story manifests her long hospital stay after breaking her back at age 7, during which she was read infantile stories and a doctor told her she'd never walk again. Among other lessons that shaped her as a storyteller, the ordeal taught her "not to trust certain people" and "the problem with pointless stories."

Whatever else Heart of a Dog is -- and its trippy aesthetic paw print may not be to mainstream audience's tastes -- it announces its manifold ideas head on. Initially the project came about as a shorter TV piece for Franco-German channel Arte's artist series exploring the meaning of life and work. In the feature-length cine-essay now screening at the 53rd New York Film Festival, the bone Anderson gnaws at is loss (as was the case with her last directorial outing, the 1986 concert film Home of the Brave). "You should try to learn how to feel sad without actually being sad," she tells us her Buddhist lama advised her. Absorbing Heart's potent, creative beat, we sense that the artist has gentled her melancholy into a celebration of the weird mysteries of life.