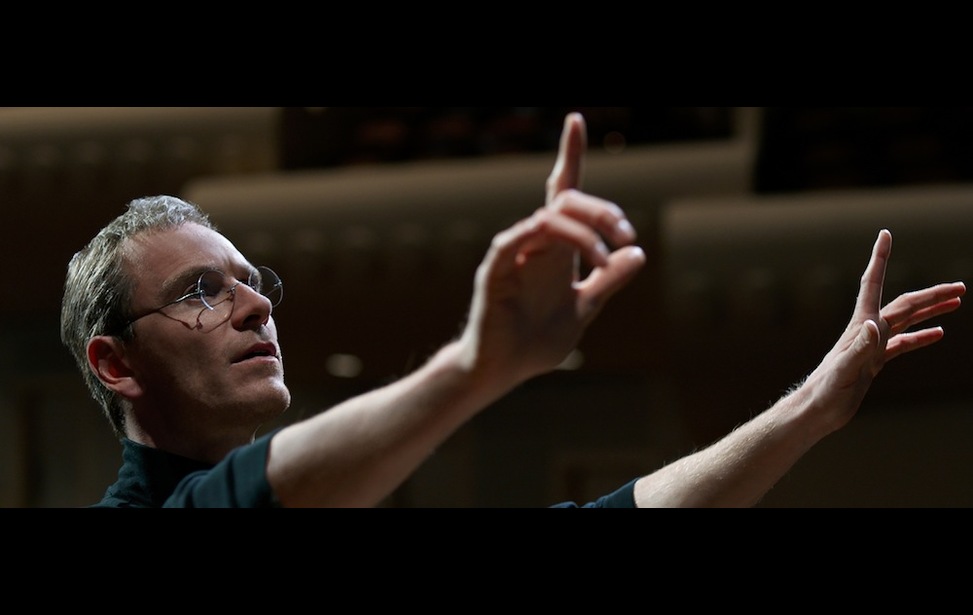 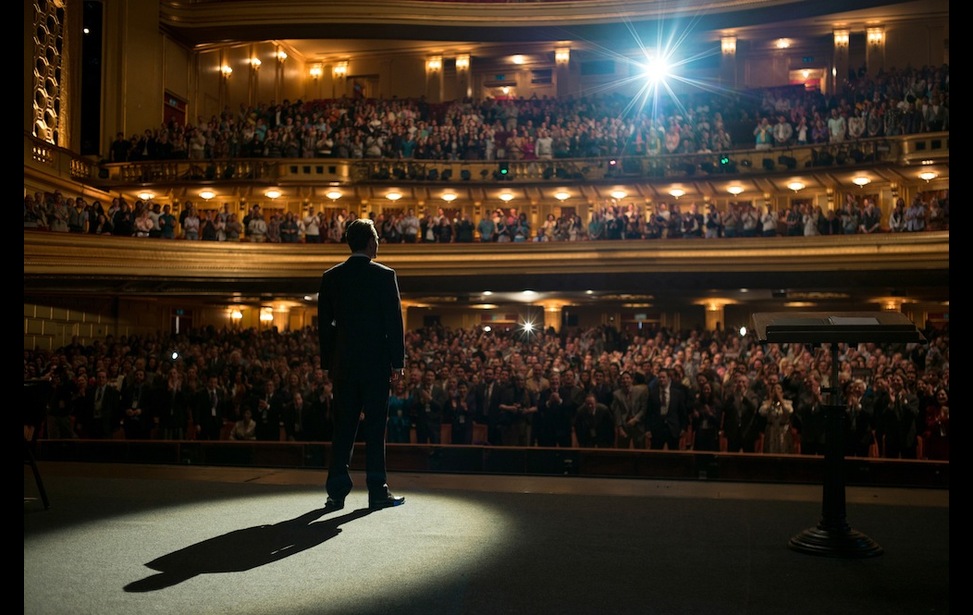 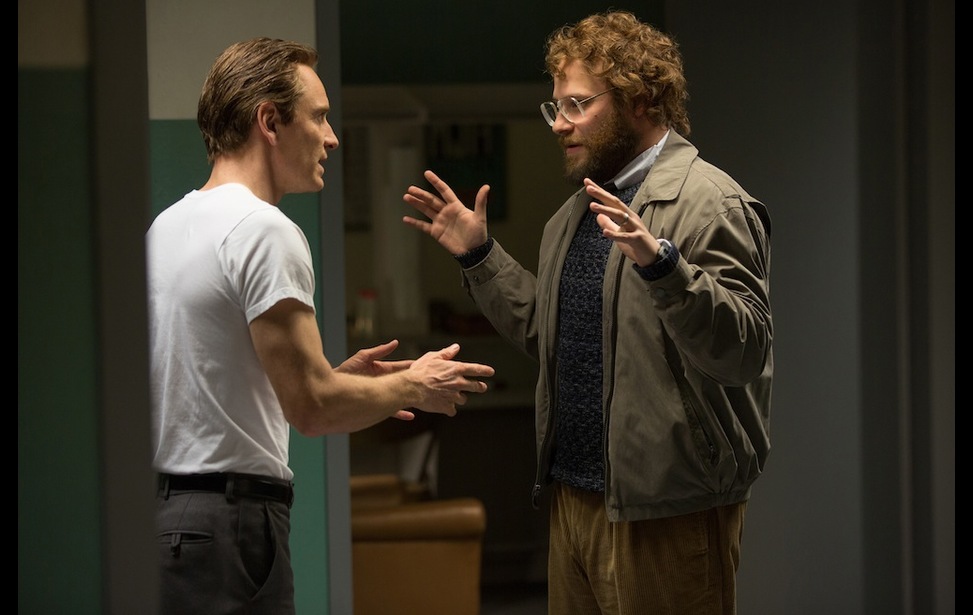 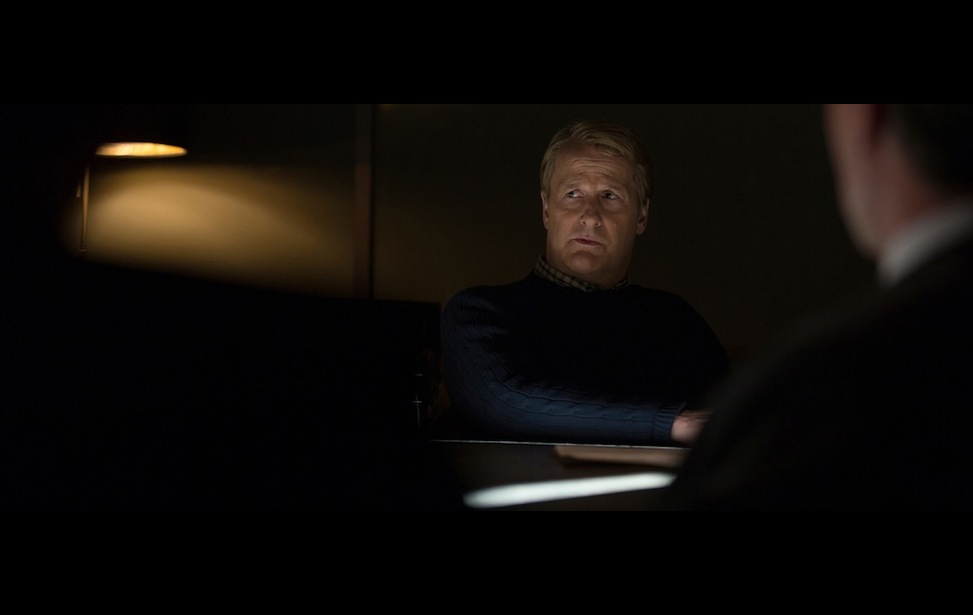 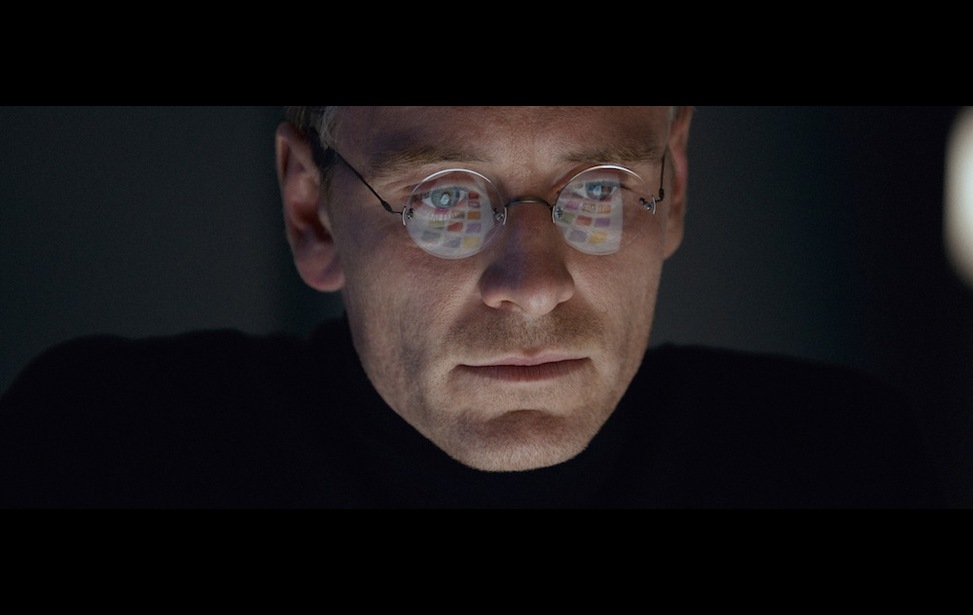 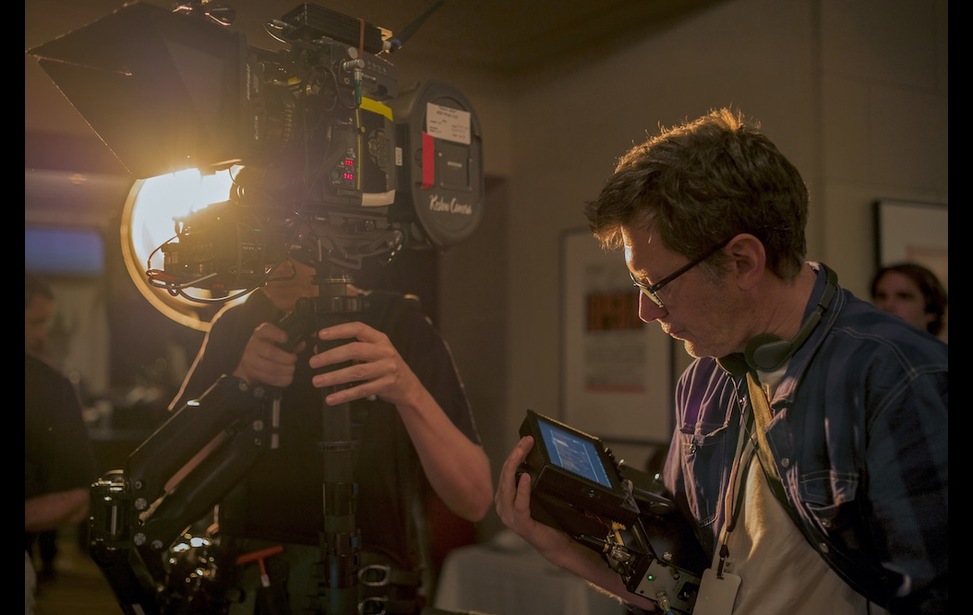 "Steve Jobs' aesthetic and the world of Apple Computer half-led us to the digital age, which is where the idea came from to start shooting Steve Jobs in film and to progress to the digital format." That was the first insight cinematographer Alwin H. Küchler, BSC, shared with thalo.com about his collaboration on the Centerpiece featured at the 53rd New York Film Festival.

The next brought up director Danny Boyle's desire to "approach Steve Jobs like a three-act theater piece," rehearsing and shooting each act of Aaron Sorkin's script before moving onward. About that sequential plan the Düsseldorf-born, Los Angeles-based DP recalled thinking, "Why don't we aesthetically mirror what was actually happening in the time frame that the story is happening?" Then he revealed the howdunnit: "I came on with the original concept of shooting in 35mm and then digially with the Arri Alexa; and then Danny ran with the idea of shooting the first act in 16mm, the second act in 35 mm and then the last act on the Arri Alexa, and I said, 'fantastic.' "

It's easy to get a sense of the sparks that flew between these two creative collaborators on the Steve Jobs set. This wasn't their first time working together. Boyle had tapped him to shoot Sunshine, and Küchler did some pickups on 28 Days Later. Other Küchler credits include Code 46, The Mother and Proof as well as the Oscar-winning documentary One Day in September.

A big challenge of the Steve Jobs production was how to distinguish the three acts from one another. Each unfolds in an event hall during the 40 minutes before a product launch, yielding a similar structure that risked becoming monotonous. Creating Act I, which which takes place in 1984 in Cupertino, CA prior to the unveiling of the Macintosh, echoed what Küchler saw as the "rebellious energy" of the young genius (Michael Fassbender). "The way you can work with the 16mm camera is very free and spontaneous," he said, noting that its longer magazines and lighter weight traditionally commended it for documentaries. Still, nothing prepared the team for the "shock and excitement" of the format's grainy sensibility. "This rock 'n roll, punky way of working out ideas and doing it spontaneously mirrored the development of Steve Jobs himself," he mused. "Our technique reflects psychologically what was happening in the story. It's like a third actor."

Lighting design also helped conjure the respective eras. For the first act this meant using tungsten lightbulbs and green-blueish fluorescent hues. It also suggested backlighting. "It mimics the lighting style that you had in the 70s and 80s, which was different than what you have now," said Küchler. "You need less lighting power to get an exposure than you did 20 or 30 years ago," he went on. Backlighting offered an added advantange given the long stretches with the same images. "Sometimes we had to compensate for that by articifically increasing the context for lighting," he said, explaining that backlight "is useful for contrasting, so the eye will see more sharply." Energy-efficient bulbs didn't make an appearance until it came time to shoot the third act. "Wherever we could we used all the right lightbulbs from the period to support that feeling," said Küchler.

Act II occurs in 1988, before Jobs introduced the NeXT project in San Franscisco. It also flashes back to his earlier ouster from Apple on the recommendation of his boss and father figure, John Sculley (Jeff Daniels). For Küchler, Jobs' firing brought to mind another movie about a dismissed corporate head: Citizen Kane. He paid tribute to the Orson Welles classic in the scene's "wide-angle lenses" and "slightly skewed" look.

Two other films that informed the second act are Blue Velvet and The Godfather. "You have these murky reds and blues brewing in the background, and they come out in the corridor scene when Jobs and Sculley have this standoff," said Küchler. Beyond the ruddy palette, the drama's Shakespearean tinges were not lost on the filmmakers.

If the second act is about Jobs "preparing his comeback and revenge," per Küchler, "the third act is where he becomes the Steve Jobs whom we know and who is in control of his environment." Now a decade later, in 1998, Jobs is back at Apple and counting down to the iMac launch. To express his aesthetic and corporate mastery, the filmmakers referenced the Apple and iMac palette of white, black, grey and blue. "I tried to ban all green from the set and to go with a cooler, muter palette," said Küchler. "It goes into a digital aesthetic and we don't see the grain any more; we see more glass."

Asked about other artistic inspirations, Küchler reached back more than a century. "If you look at an Impressionistic painting or Pointilism, you have to step away to see more details, and if you are closer, the details are lost. In the same way, when you show people with a wider lens in the digital format, the details get lost." From the "tighter shots and longer lenses" of the first act, Küchler's visual storytelling would "progressively widen out into the third act."

As the narrative moves from the private to the public persona, the camera angles, flashes and spotlight all highlight Jobs' increasingly iconic status. As Küchler put it, "There's one shot in the end of Act II where he steps in front of the auditorium and you see his shadow on the floor like a cathouse. The flashes and the frozen moment tell the story of his being an iconic figure." Asked if he borrowed any tricks from propaganda guru Leni Riefenstahl, Küchler  replied, "When he was Steve Jobs from the audience's point of view, we tended to pick lower angles looking up at him."

The locations where product launches took place -- which were the real venues -- are themselves legendary. Although most of the film transpires indoors, as Küchler noted, the scene where Jobs "opens up to his daughter Lisa is out in the open space, and it's drenched with sunlight. He literally opens up his horizons, her horizons and the audience's horizons."

The bright light that envelopes Jobs at the end of the film has a different, more elegiac sensibility. According to Küchler, "There was a slight play on the theme of death of Steve Jobs. He and Lisa had made up and it was almost like he was engulfed in light."

Likening the Apple co-founder to "the sun," with "small planets orbiting around him" (including Seth Rogan's Steve Wozniak, Kate Winslet's Joanna Hoffman and Michael Stuhlbarg's Andy Hertzfeld), Küchler sees certain parallels with Academy Award-winning Boyle. Both are "always on the move," and "very charismatic," the DP said with a hint of awe. "Behind the camera, people had to keep up with Danny Boyle. He’s just bold that way.”

With a mantle full of awards and scores of film, TV and commercial credits to his name, Küchler himself is no shrinking violet. What advice does he have for aspiring cinematographers who would seek to keep up with him? "For the future, learn as much about programming as you can. Cinematography will change in the next 10 years, and what we used to do in the lab will take place in digital post-production," said the 1965-vintage DP. Could this be Act IV of Jobs' digital revolution?