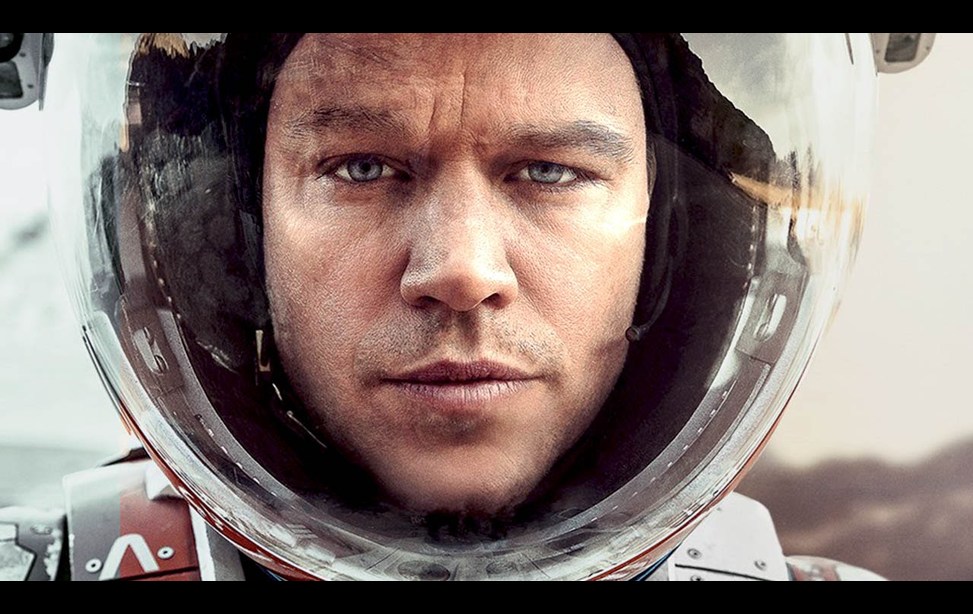 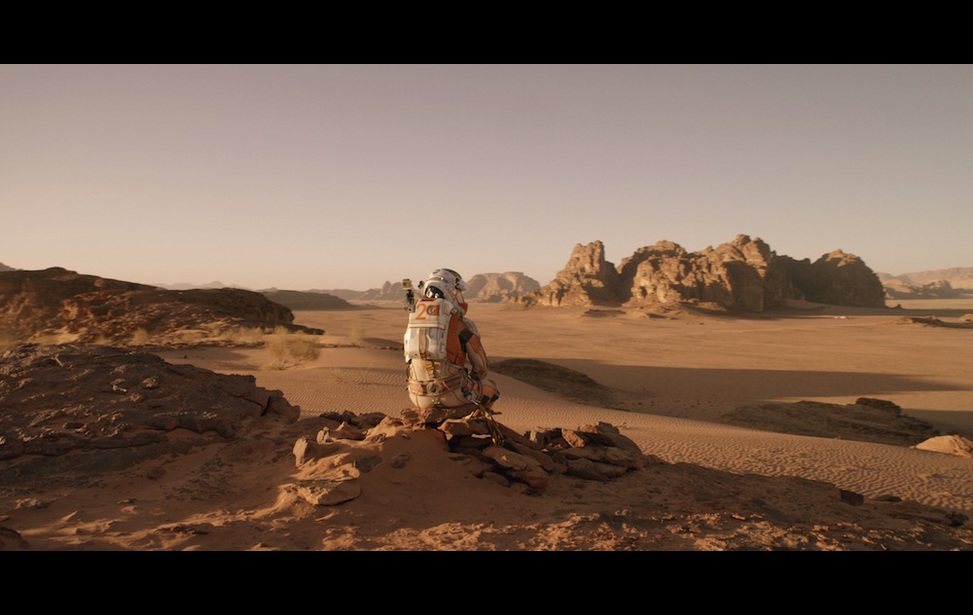 I was really looking forward to The Martian. Having read the book, I could tell that it’s the story I’ve been waiting for for a “hard” science fiction film. If you’re wondering what that term means, it refers to science fiction that takes what we know about science and extrapolates it into the near (or far) future. It tries not to make stuff up and remain grounded in reality.

The book was fantastic, even though I wasn’t impressed with some of the prose, and all I could hope is that the film could at least match the excitement of being stranded on the fourth rock from the sun. For the most part, director Ridley Scott delivers, but it lost some of the tension in the transition.

Matt Damon plays astronaut Mark Watney who is stranded on Mars by his crew who thought him dead after a deadly sandstorm scrubs the mission. What makes the film and movie work is the idea that a man needs to survive for much longer than the mission was designed to on Mars. Everything from food to water are a problem and he has to use his scientific and technical expertise to survive.

Scott again delivers a beautifully directed film and the impressive cast all bring their best but The Martian loses a bit of excitement at times. I never felt that Watney was in grave danger at all times, and even when things go wrong, it’s hard to fear for his safety.

I hate to make a comparison to the book, but not enough went wrong in the film when compared to the novel. Usually with adaptations, they try to amplify the peril, but Drew Goddard’s screenplay went a bit in the other direction.

That’s not to say the film is devoid of tension. There’s a very quiet scene when Damon’s Watney, for example, is taking stock of his food supply after fixing the gaping hole in the Hab with a tarp. A storm rages outside and the sound of flapping from the tarp is terrifying: If it fails, it will instantly kill the astronaut. I just wish the film had more of those scenes in it.

What we do end up with is a great film about survival that glorifies problem solving and shines a great light on NASA and it’s mission to explore the final frontier. In a world which seems to be increasingly pessimistic, it’s always nice to be reminded of the can-do mindset that humanity is capable of and what got us looking up to the stars in the first place. Watch the film but then read the Andy Weir book.