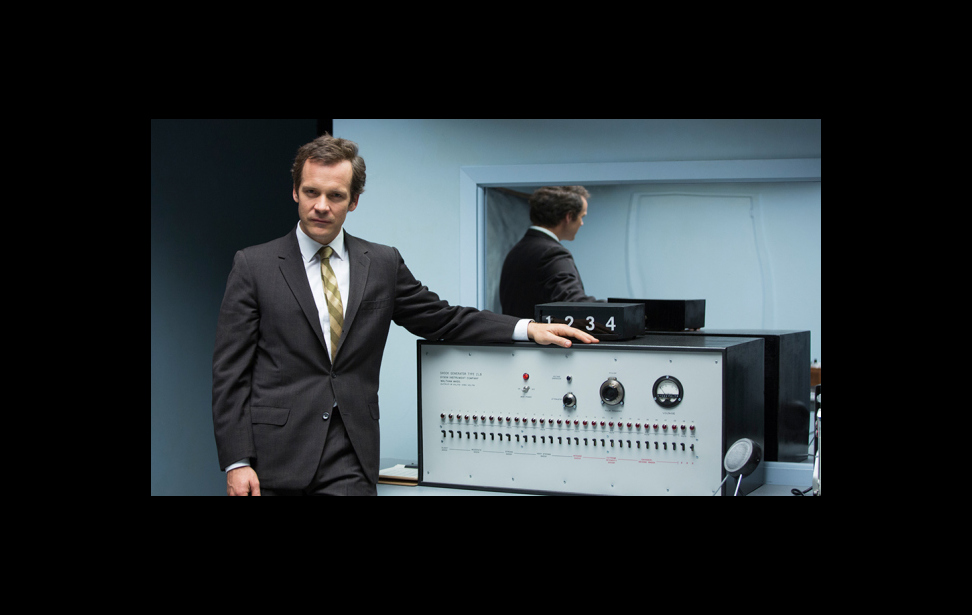 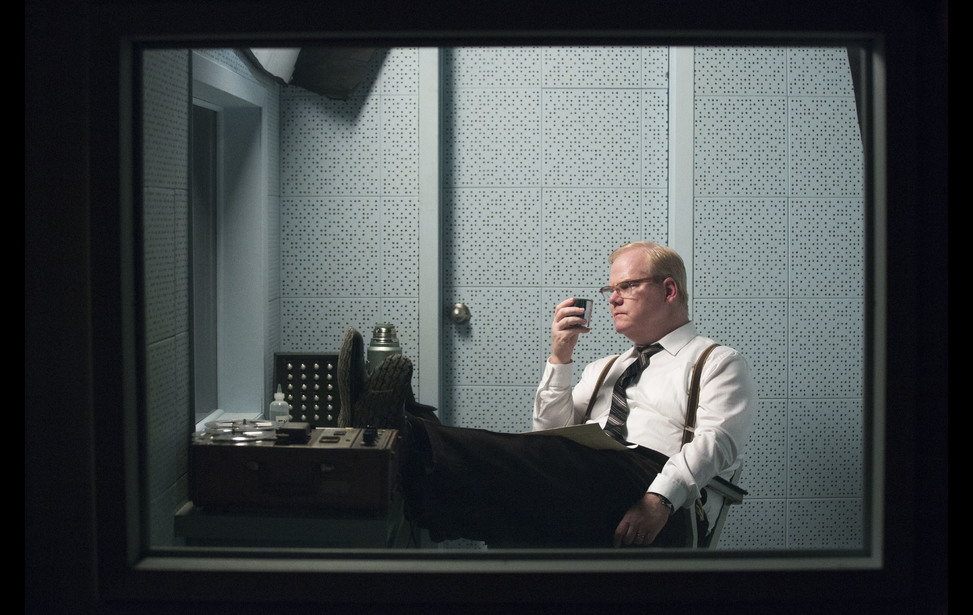 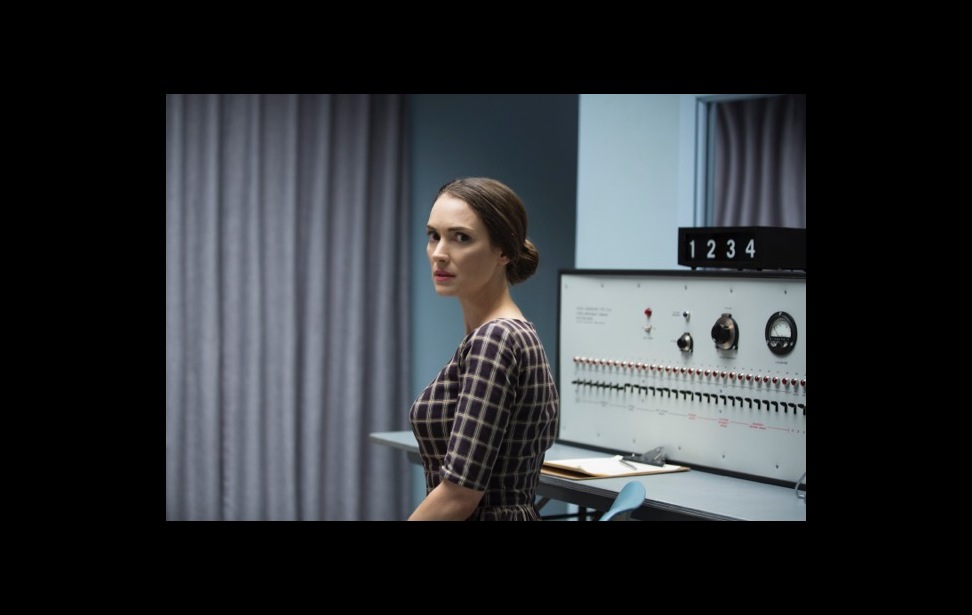 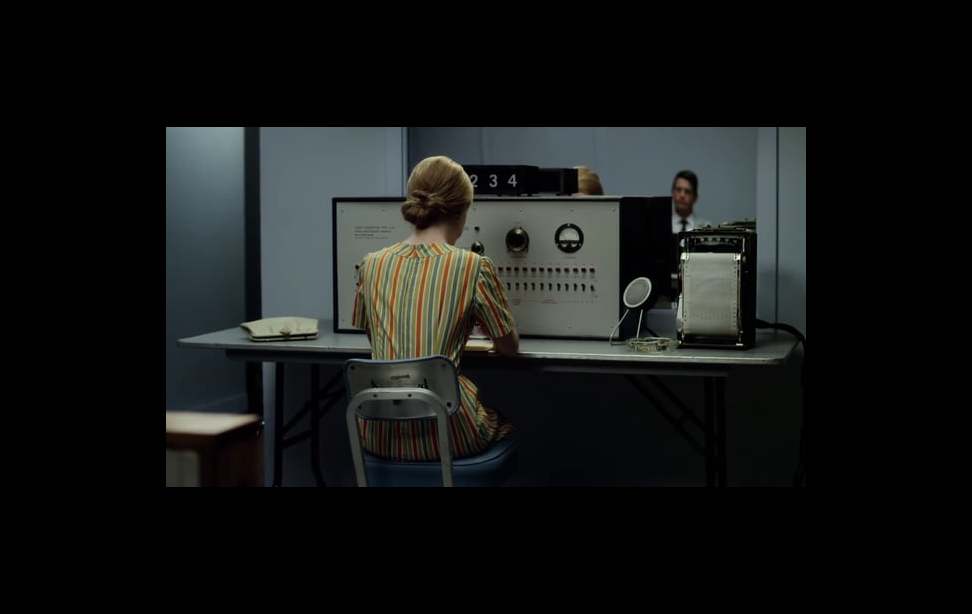 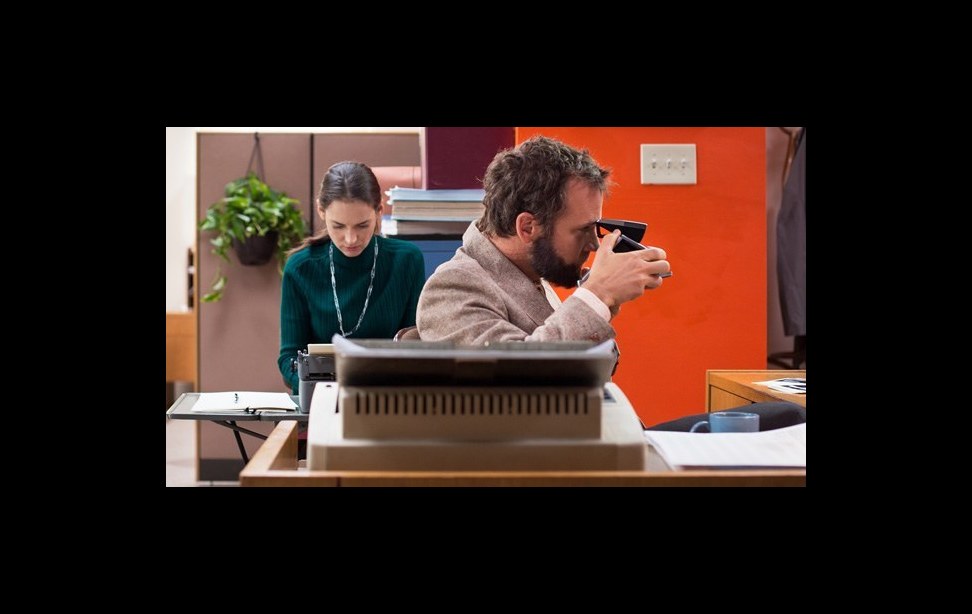 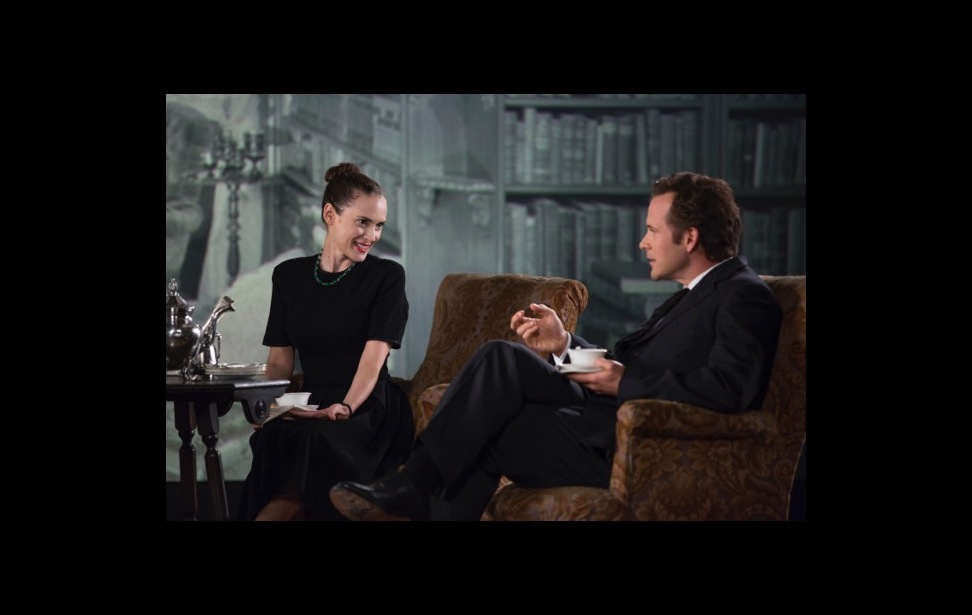 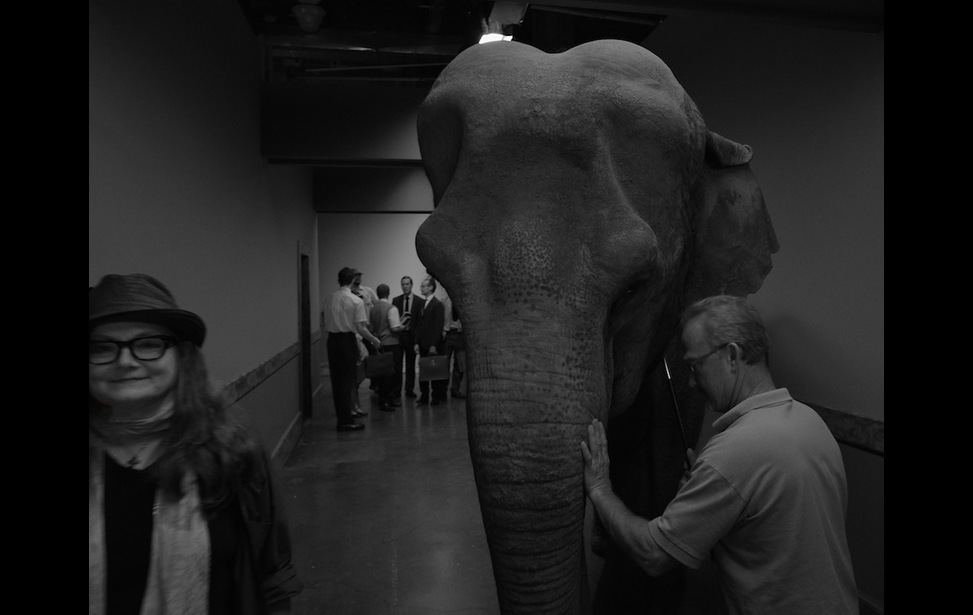 Stanley Milgram, the social psychologist at the center of Experimenter, mounted numerous studies during his controversial career, though none still excite debate like his "obedience to authority" series. That very spirit of experimentation permeates Michael Almereyda's seductive biographical drama, which is screening at the 53rd New York Film Festival.

At the start of the movie, Milgram (Peter Sarsgaard) is gearing up with his obedience tests at Yale. It's August 1961, and the trial of Nazi war criminal Adolf Eichmann is in full swing in Jerusalem. Although Hannah Arendt won't coin her "banality of evil" catchphrase for another couple of years, questions of personal agency charge the zeitgeist. Whether Eichmann and million accomplices in the Holocaust were "just following orders" is a key driver of Milgram's inquiry. What he turns up shows the capacity of ordinary people -- Americans yet! -- to commit heinous acts if so instructed.

As chronicled in the film, his methods were boldly unorthodox. They involved making a volunteer "teacher" deliver an electric shock to a supposedly volunteer "learner" for every erroneous multiple-choice answer, progressively upping the voltage each time. Only after both participants emerged from their separate booths did the teacher find out that the learner was in reality a hired actor; that his shrieks of pain were a recording; and that the only shock administered was to the teacher at the outset of the experiment. Milgram reported a large majority of test subjects cranking up the knobs to the max.

Taking up their duties onscreen, a procession of teachers (as played by John Leguizamo, Anton Yelchin, Taryn Manning and Anthony Edwards, among others) grapple with how to respond to the escalating shouts of learner Jim McDonough (Jim Gaffigan). What would we do in their place? is the question Almereyda is posing in these film-within-a-film scenes. Ultimately the ethics of his work come under scrutiny as his test subjects increasingly voice their dismay.

Production designer Deana Sidney told thalo.com how Milgram's research informed visual choices for the set. She too conducted rigorous legwork. "I wanted the film to feel historically correct, because it was a very important moment in the history of psychology," said the former English major. To acheive a sense of place, she steeped herself in archival letters, manuscripts, photographs and videos, and visited whatever remains of his old haunts. Milgram's widow, Sasha (played by Winona Ryder in the movie), rounded out the visual documentation by furnishing first-hand stories and props.

As we see, the prime exhibit in the proceedings is the shock box. As if to underscore Milgram's fascination with issues of personal conscience, the nobs and levers at times suggest the face of a golem possessing a robotic intelligence. "The machine was the God," observed Sidney. The ubiquitous numbers, the knobs, the power levers are precisely the point: "It's all about how far you can go," she said. "After another increment, somebody's going to start screaming."

No efforts were spared in replicating Milgram's original equipment. "We even measured the real machine to make sure everything was in the right place," Sidney recalled. The quest for authenticity was as much to set a mood for the audience as for the actors "so they could feel they were reliving history."

But ultimately Experimenter is less concerned with recreating Milgram's environment than with conjuring an analogue to his passions. It provides essentially the same POV as he had while watching his experiments through an observation mirror. Milgram himself was quite the director. His stagecraft included an eye for ambiance. In Experimenter Sarsgaard's good doctor explains that he selected grey lab coats for the obedience experiment because white would "make it seem medical." Almereyda followed his cue. Sidney recalled the director saying, "Whatever atmosphere we do, it should not be sterile white."

Instead, that study in human behavior is a study in greys and blues. According to Sidney, the stark, somber tones serve several ends. Not only do they "allow the closeups of nobs to stand out," but more critically they set up a visual counterpoint to the dramas unfolding in Milgram's lab. "With this blue, you're lulled into a false sense of security, so it's sort of a shock that the shocks go on," she pointed out.

The decision to favor a "quiet architecture" and "peaceful" palette illustrates the role of visual detail in storytelling. As Sidney recounted, the archival photos she was looking at early on were "jaundicy, yellowy, greeny," but Almereyda "woke up" to a different vision and urged, "Let's go with calm." Looking back, Sidney remarked, "If we had gone with florescent lighting, I think you would have felt very uncomfortable." The shift to sedate surroundings also redirected the spotlight to the actors. "Now the people are what you paid attention to -- their body movements, words and postures," Sidney said.

As the pain experiments of the 60s give way to Milgram's lighter projects of the 70s and 80s, Experimenter softens in both hue and motif. One such study, on the social contagion of looking up, suggests "the playground of the mind," as Sidney put it. "So the colors become more playful and jazzy." Turned down for tenure at Harvard, Milgram sets up shop at CUNY, and what had been a field of drabness now shows off his orange office walls and the genre paintings that adorned them. (One of these, it's irristable to note, is the Breugel knockoff Landscape with the Fall of Icarus, about humanity's indifference to suffering.) The blues become brighter -- even electric, on the set of a TV show. And the first floral motif crops up where strictly geometric contours had prevailed.

Beyond palette and pattern, it's the way Almereyda establishes his film's ground rules that embodies the innovations of his subject. Just as Milgram braved risks, so too the director transgresses creative boundaries. The works of both amount to a baring of reality and artifice. Crafted together with Sidney, decorator Nadya Gurevich, art director Andrew Eklund and cinematographer Ryan Samul, Almereyda's bag of tricks includes rear projections amid real locations. The stylized effect puts us in mind of what Sidney dubbed "life in front of photography." That it comes up at the home of Milgram's mentor and at the entrance to Harvard comments on the illusion not just of cinema, but of the powers that we defer to by our choosing. The still imagery is itself plenty suggestive. "There's something monumental about it that inspires awe, but also gives a sense of calcification or petrifaction," is how Sidney described the 19th-century photograph of Harvard Gate that was used for this ivied sequence.

Almereyda keeps the surprises coming. Here and there he has Milgram break the fourth wall, and ultimately gives him a musical number on a crowded Manhattan street, echoing one of his research projects. But surely Experimenter's gamest flourish is to cast a real elephant in the role of the metaphor hovering over Milgram's post-War investigations. (That pachyderm is credited as "The Elephant in the Room.") The maverick experimenter would probably be a fan. Filmmaking was one of his many passions, so much so that he produced six educational documentaries before his death in -- as if by design -- 1984.

7. Production designer Deana Sidney (L) with Minnie the elephant on the set of "Experimenter," a Magnolia Pictures release. Photo by Spencer Kennedy courtesy of Deana Sidney.