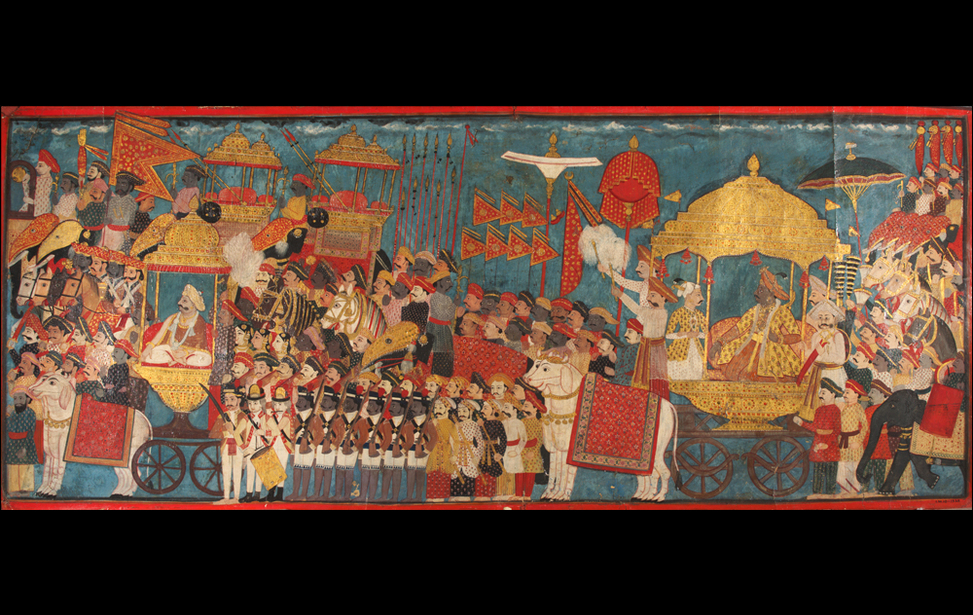 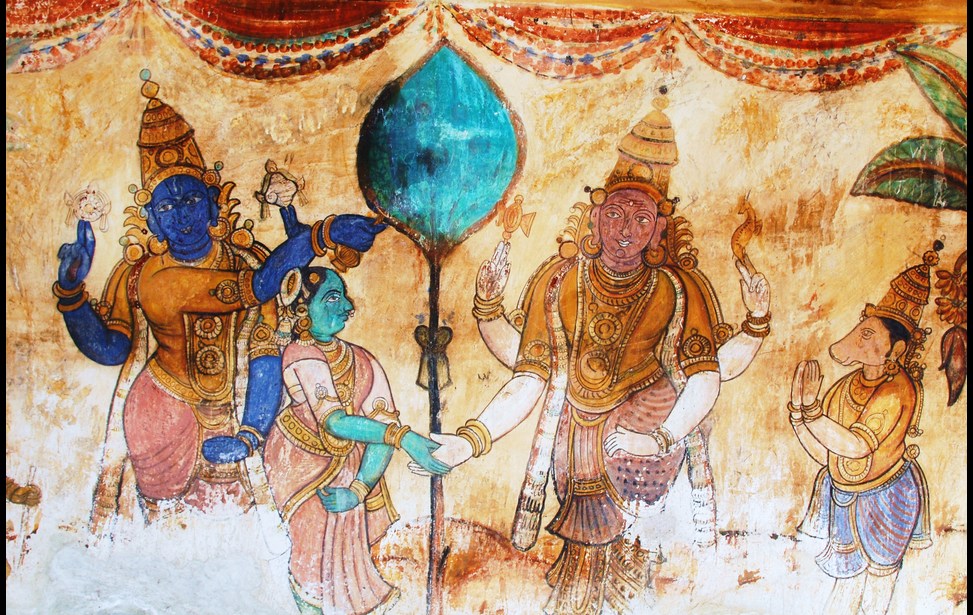 The paintings started its existence since 1600 A.D. The painters from the Vijayanagar Empire migrated to different parts after the defeat of Vijayanagar Empire. Some migrated to Thanjavur and stayed there under the patronage of the Nayakas Empire. The Nayakas were the one who started giving the importance to the paintings. After the defeat of the Nayakas by the Marathas, the painters got more importance as the Marathas were more passionate towards paintings than the Nayakas. Many paintings of the gods, goddess, religious persons and kings were drawn on the temples, palaces and even on buildings.

The Thanjavur Paintings are made by following a special pattern of drawing. First the basic diagram is drawn on the white cloth. That white cloth is being placed on the wooden board. Then after that the white chalk powder is used to coat over the cloth. Then the final diagram is drawn and the painting is done completely. After the paintings are over, artists use the colourful stones to decorate the paintings. At the end, the artists use the gold foil to finish the final decoration. This gold foil effect is the one which makes the drawings to look great.