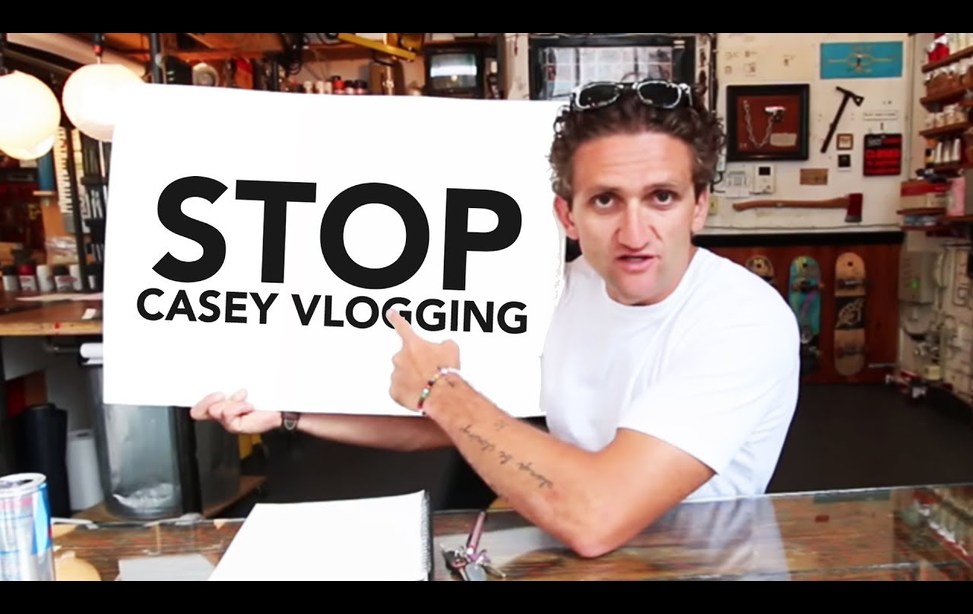 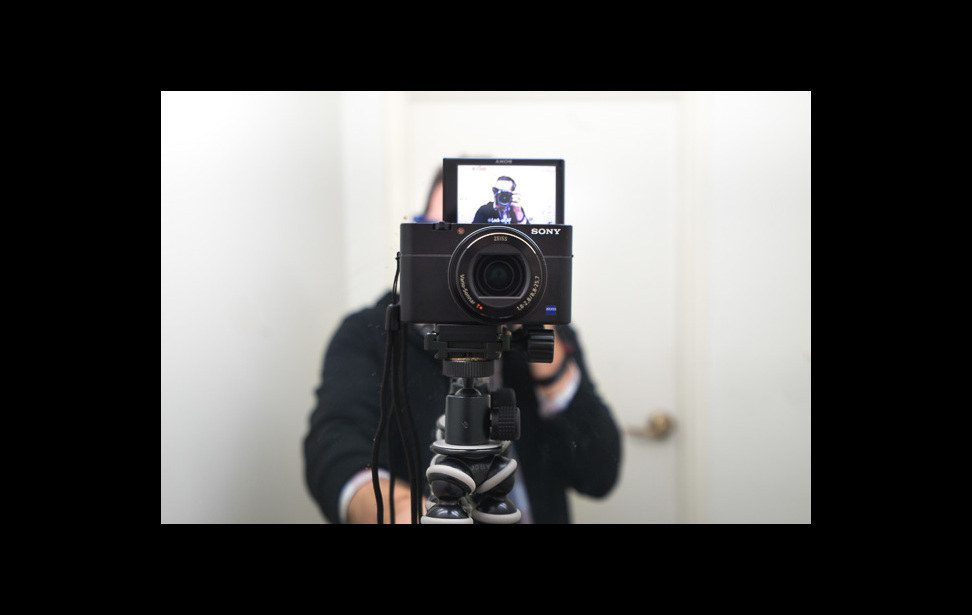 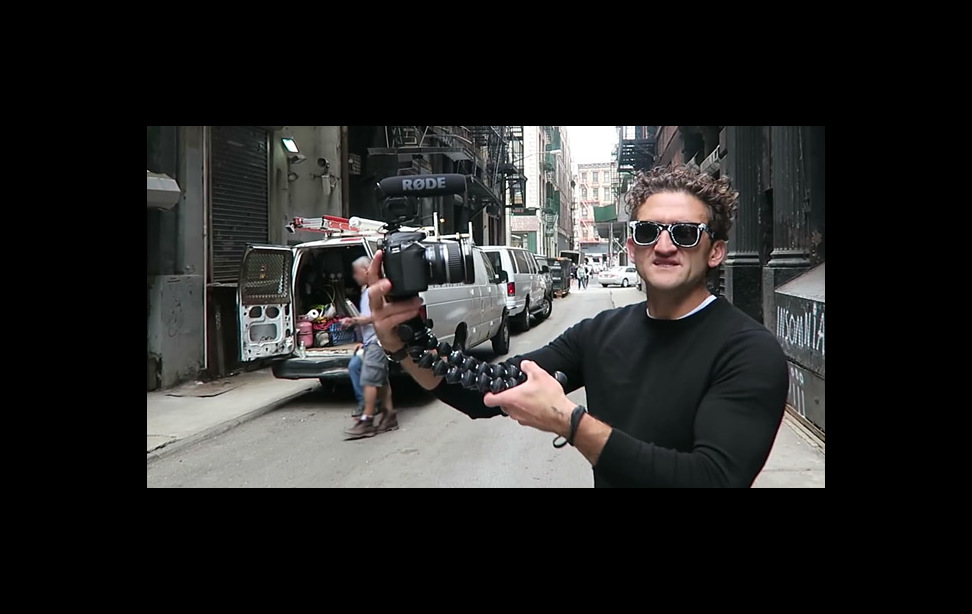 One of the easiest ways to create content, is to create a daily video blog, or VLOG. Vlogging has given many a content creator a career, including heavy hitters like Casey Neistat, Peter McKinnon, and Sara Dietschy. But how does one make a great vlog? Well, you could copy the masters, but here’s a few tips on how to hit the ground running.

These tips come from a pair of professional photographers who rose to the Peta Pixel’s challenge to video blog their way though a 24 hour day of shooting. The lessons they learned from the process, plus how well each chapter of their vlog provided some very interesting results:

Giving yourself a creative photo challenge is the perfect ‘quest’. It positions you as the hero and all the problems you encounter will only serve to heighten the drama.  – Matthew Rycroft, Peta Pixel

Commit to it. Doing a daily vlog can be daunting. Can you talk about something interesting every single day? What about the workflow of shooting b roll? Being consistent? Being original? Well, the only way to do it, is to dive into the deep end of the pool and commit. If you have something to say, you’re bound to find an audience. Commitment also means being regular, if you say you’re going to do a weekly vlog, then you better do a weekly vlog. You start skipping weeks and your audience will disappear. So be realistic about your release schedule until you get into a rhythm.

Shoot that B Roll. The more footage you shoot, the more options you’ll have in the edit room. Various angles, various speeds, time lapses, slow motion, and of course, you at the center of it all. “The more you shoot, the more options you’ll have for when you’re cutting the video,” writes Rycroft.”But don’t worry, with experience you’ll soon develop an instinct for shooting the right stuff.”

Fun tricks for transitioning. When shooting, always look for clever ways to make a transition from one scene to another. If you’re shooting a travel vlog, for instance, you can clap your hands and instantly change clothes. Or, you can do a clever falling camera shot, that cuts to the camera falling up to a new scene. The key it to mimic the camera movement between two shots and insert the transition in the movement to hide it. Check out Darious Britt does that:

After our experience, we agreed the 4 key criteria for a good vlogging camera would be: a flip screen; speedy autofocus; 4k footage and as light as possible.

It’s all about the right gear. While Ansel Adams said that “the best camera is the one you have with you,” if he was talking about Vlogging, he’d probably insist you had a camera with a pull out flip screen so you can see what you’re shooting while in the shot. having a light camera that doesn’t weigh you done when you’re on the move also helps. That’s why most vloggers shoot with mirrorless cameras in general, and Sony mirrorless cameras specifically. A camera like the a5000 or a6000, gives you the small footprint for shooting on the go, but still offers the option of swapping out lenses.

There are other options out there. From Canon’s G series, to even a GoPro (it doesn’t have a pull out screen, but that’s what your smartphone is for). My son uses my old T3i because of the pull out LCD. And if you’re just starting out, your smartphone does the job quite nicely. If you want to get some ideas, head over to TUBE NOOB on YouTube. He’s always experimenting with different camera setups for vlogging.

Casey’s Favorite Tripod. Doing “the Casey” means using a handheld tripod, and there isn’t a better one out there that can compare to the Joby GorillaPod. The nice thing about the GoPod is that it has three legs that can wrap around anything, can work as a tripod, when needed, and is compact enough that you can hold it with your hand and it comes an ideal monopod for shooting the selfie centric chapter of the Vlog. Joby also ha a new one with arms for adding lights. Very nice.

But be careful, because Casey has gone through several DSLRs and lenses, by putting it down in tripod mode to get the shot, and it suddenly tips over and breaks something. But to be fair, if you’re using a smartphone or pocket sized Sony, that’s less of a possibility.

You’ll also want a good external mic, which can affect your choice of camera. If you’re starting out with a smartphone, then RØDE’s VideoMic Me is the ideal option, and current model has a lightning connector! The key is one that’s small, unidirectional, and with the dead cat to get rid of wind noise.

In the end, you have to be happy with what’s good enough to tell the story. “Perfection is not realistic when vlogging – there will be rough edges,” adds Rycroft. “top vloggers pump out multiple videos a week. So focus on developing a workflow that is not too draining and find the right line between quality and quantity.”

Find your voice and accept that in the beginning, you’re going to suck. Do several practice vlogs before you even put one up. Experiment with the structure, the ideas, the main focus of your vlog, and it’s vibe. Be original about it. Watch a bunch of vlogs and make note of what you like, and dislike. Keep what works for your vlog, eliminate what doesn’t. Understand though, that in the very beginning, you’re going to suck. Everyone does. Don’t lose heart, and don’t give up. Have the confidence that you’ll eventually find your voice. And once you do, you can put up your first official vlog and start finding your audience.

Think of your vlog as talking to one friend, the one that’s watching, and you’re telling a story. It’ll be awkward at first, but the more you do it, the more comfortable you’ll be. The key, however, is to just be yourself.

One other thing. While Casey has made an art form out of cool drone shots of new work city, and time lapses, he says the unless it serves the story, no one will give a crap about your fancy production values. So always ask yourself, is this shot necessary? If it isn’t, don’t waste your time on it.