The Louvre Museum In Paris 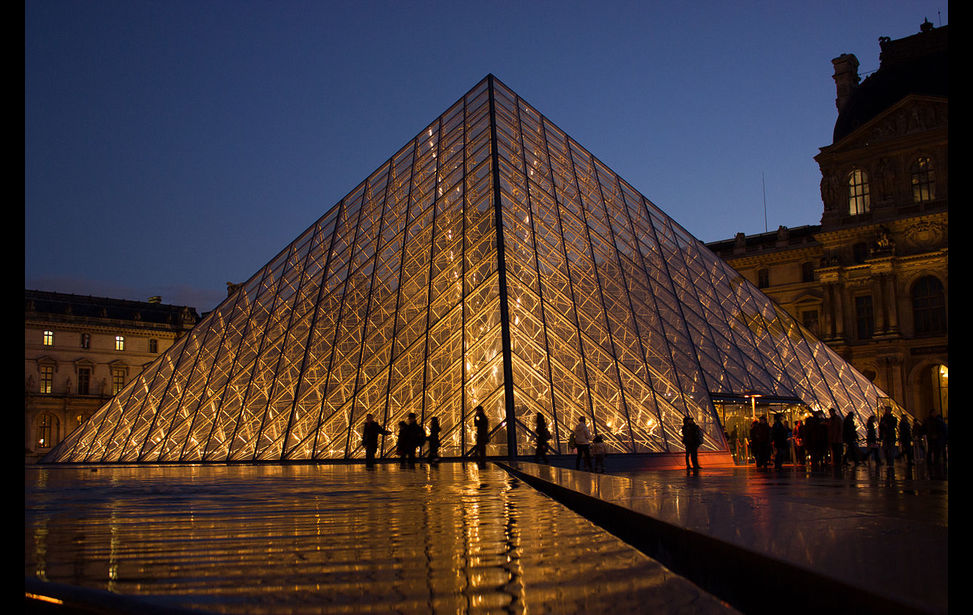 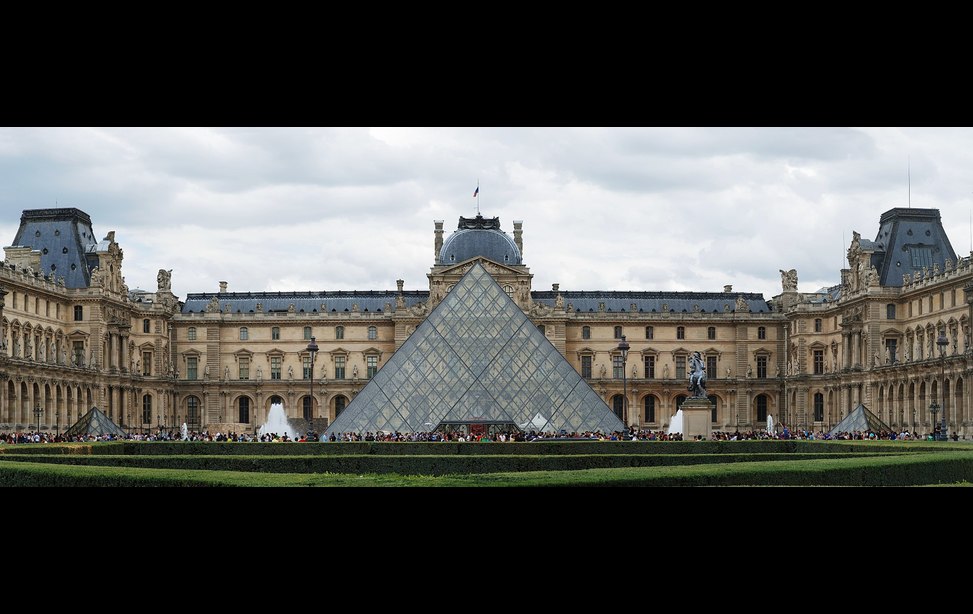 There are many fabulous pictures of The Louvre, but most people recognise this Paris landmark by the large glass pyramid that is situated in the central courtyard and serves as the main entrance to the museum.

The Louvre was originally a royal palace that was built on the site of an old castle and added to by different Kings, but with the construction of Chateau de Versailles it became obsolete and was then turned into a museum back in the 1700's.

It was first given the name Musee Central des Arts, then it changed to the Musee Napoleon and from that changed its name again to the official title of Musee du Louvre, which is what it has been known as ever since, although is affectionately known as just The Louvre.

Being one of the oldest and largest museums, it is home to probably the most well-known painting in the world, the Mona Lisa by Leonardo da Vinci and has become the most famous and most visited art museum in the world with over 8 million visitors coming here every year.

In an easily accessible part of Paris located by the River Seine, The Louvre once again incorporates the beautiful Carrousel and the Tuileries Gardens that are a great place for a casual stroll, yet this means that it brings the museum outside with sculptures and statues from artists such as Aristide Maillol and Auguste Rodin.

Most people now find The Louvre recognisable by the large glass pyramid that is located in the central courtyard and this serves as the main entrance to this awe inspiring Paris museum, which is in alignment with the Champs-Elysees axis, but did you realise that it was only actually built in 1989!  And it is from this point that tourists can access different temporary displays, the fascinating history of this world famous museum, along with the bookshop, Le Cafe Marly restaurant, etc, but also outside there is an equestrian statue of King Louis XIV.

Even if you are not a fan of art, you will still thoroughly enjoy your time at The Louvre, as it houses some very impressive collections, which include Egyptian, Roman and Greek artefacts, sculptures and other works of art that date back to the Middle Ages, right through to around 1850.

Realistically you need at least a day, or even more at The Louvre, as only allocating a few hours does not do the place justice, but it is extremely worthwhile obtaining a map of the place, as it is so vast you could end up missing exhibits you specifically wanted to see, especially if you have time restraints, yet do not be concerned that the exhibits are not all on one level as there are lifts to make them accessible to wheelchair users.

Obviously there is an entrance fee, but on the first Sunday of the month this and many other museums in Paris are completely free, however it also gets extremely busy, but arriving early and making a bee-line for famous exhibits like Delacroix's Liberty Leading the People, will ensure you get a good view before they get too crowded!

Yet when you need a well earned rest or need to refuel your body, then there is an enormous different choice of food on offer in the cafeterias and restaurants and incredibly, there are six different cafes and restaurants to choose from, that are open every day except for a Tuesday when the whole museum is also closed.

Whilst visiting The Louvre, do venture into the bookstore located in the Hall Napoleon under the glass pyramid and along with visitors guides available in more than ten different languages, it also stocks the largest selection of books on art history in France, plus has numerous other books, a children's section and even sells prints made up from the museums collection, with absolute thousands to choose from.

Now we quickly mentioned visitors guides, and if you are not fluent in the French language, then we would say that this is a must to fully appreciate the place, as many of the exhibit descriptions are not in any other language bar French, alternatively, if you plan your visit to the Musee du Louvre well in advance, you can have a guided tour that lasts about 2 hours and takes you round the most well known exhibits, leaving you to wander around the rest of this museum at your own leisure afterwards.

There will definitely be something of interest for everyone at The Louvre, including children, and it certainly lives up to its reputation of the best museum to visit when in Paris, but do bear in mind that it is closed every Tuesday and on national holidays

, but is open from 9am to 6pm every other day and also has a late night opening on a Wednesday until 10pm.

Cruise Through the Gardens of England

3 Top Museums to Visit in Tuscany

Japanese tea sets take you on an interesting cultural journey

Museums in Stockholm For ART Lovers